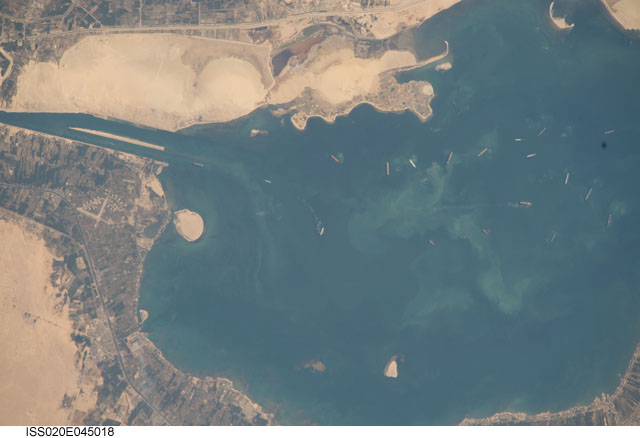 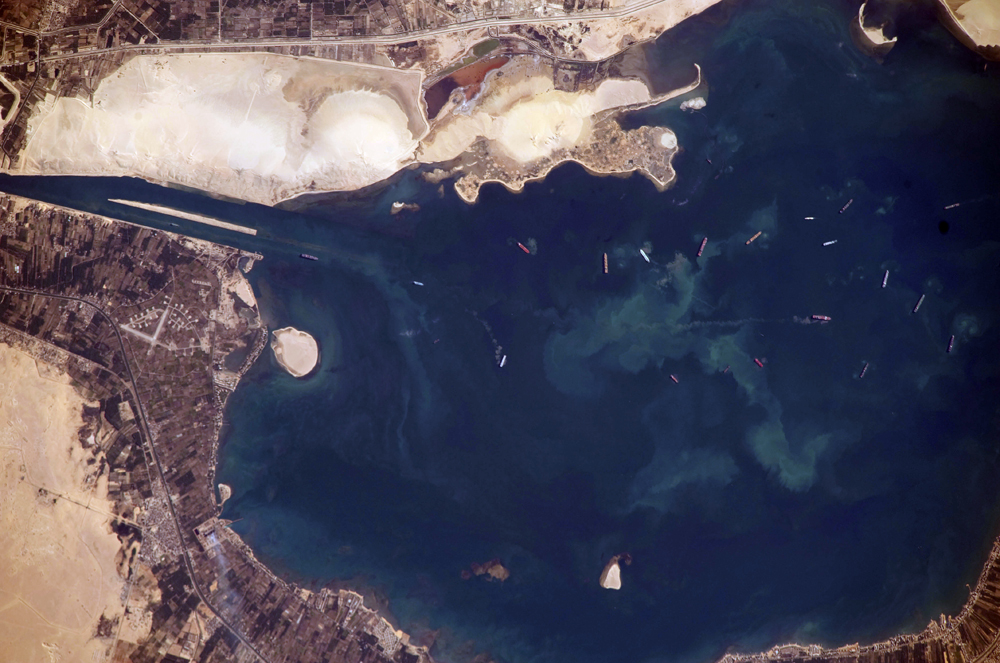 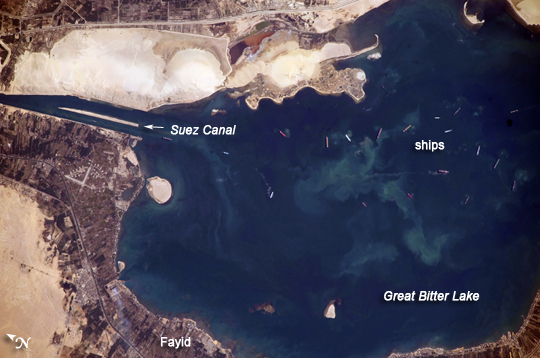 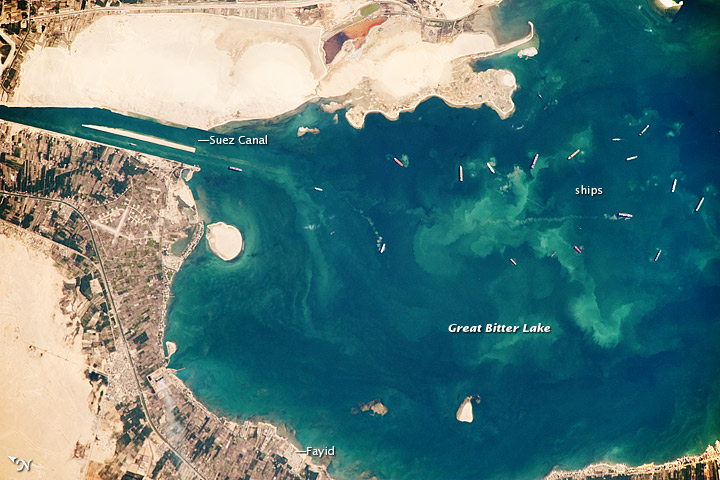 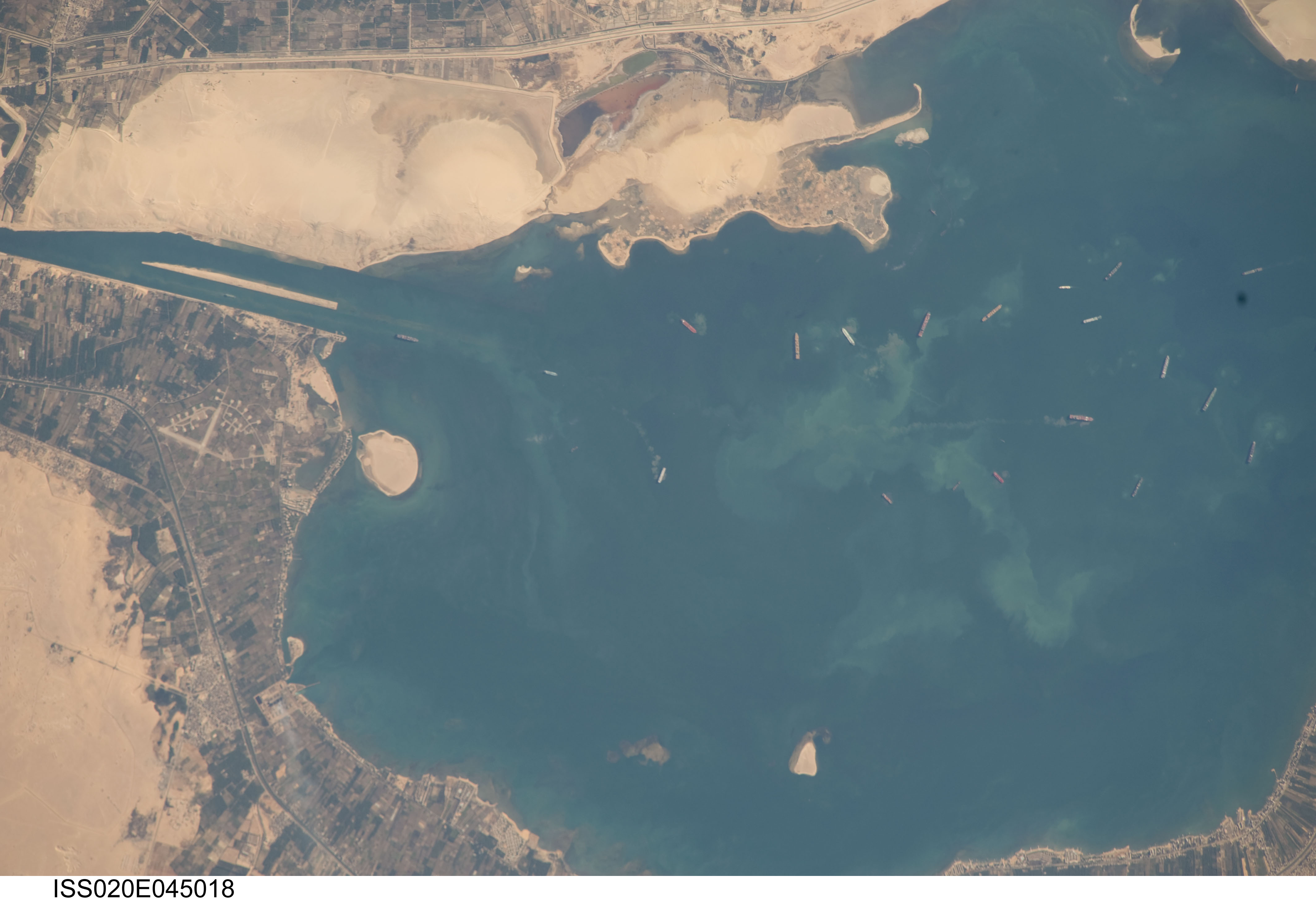 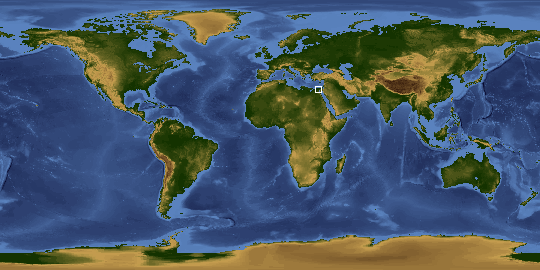 The Great Bitter Lake is one of several lakes located along the Suez Canal, which connects the eastern Mediterranean and Red Seas. As the canal is built only to allow ships to travel in a single lane, the Great Bitter Lake is a location where ships can change their position in line (like the passing lane on the highway) before proceeding to either Port Said to the north, or the port of Suez to the south. The lake also provides an intermediate harbor for ships traversing the Canal--a journey that typically takes 14 hours end to end. Several ships, some under power and some anchored, are visible at image right.

Prior to the opening of the Suez Canal in 1869, Great Bitter Lake was a large salt flat; in the arid climate, basins rarely accumulate enough water to become true lakes. Large expanses of white and tan sandy sediments at image left and top attest to the desert conditions surrounding the lake. Located at the approximate midpoint of the Suez Canal, Great Bitter Lake is now filled with water derived from both the Red and Mediterranean Seas, and this steady influx of water balances the water lost to evaporation. The town of Fayid (also spelled as Fayed), visible along the western shore of the lake (bottom) is a tourist destination for residents of Cairo, particularly in the summer months.