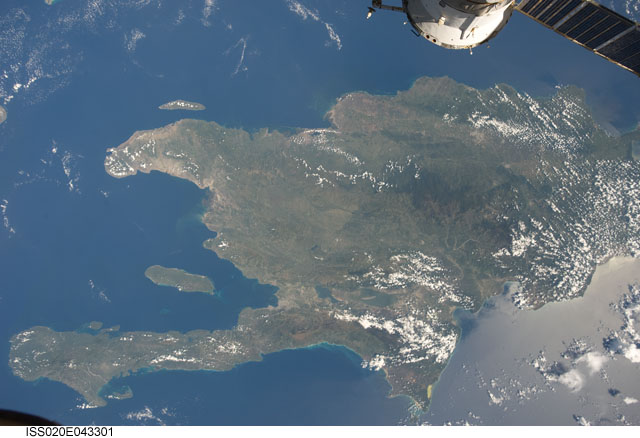 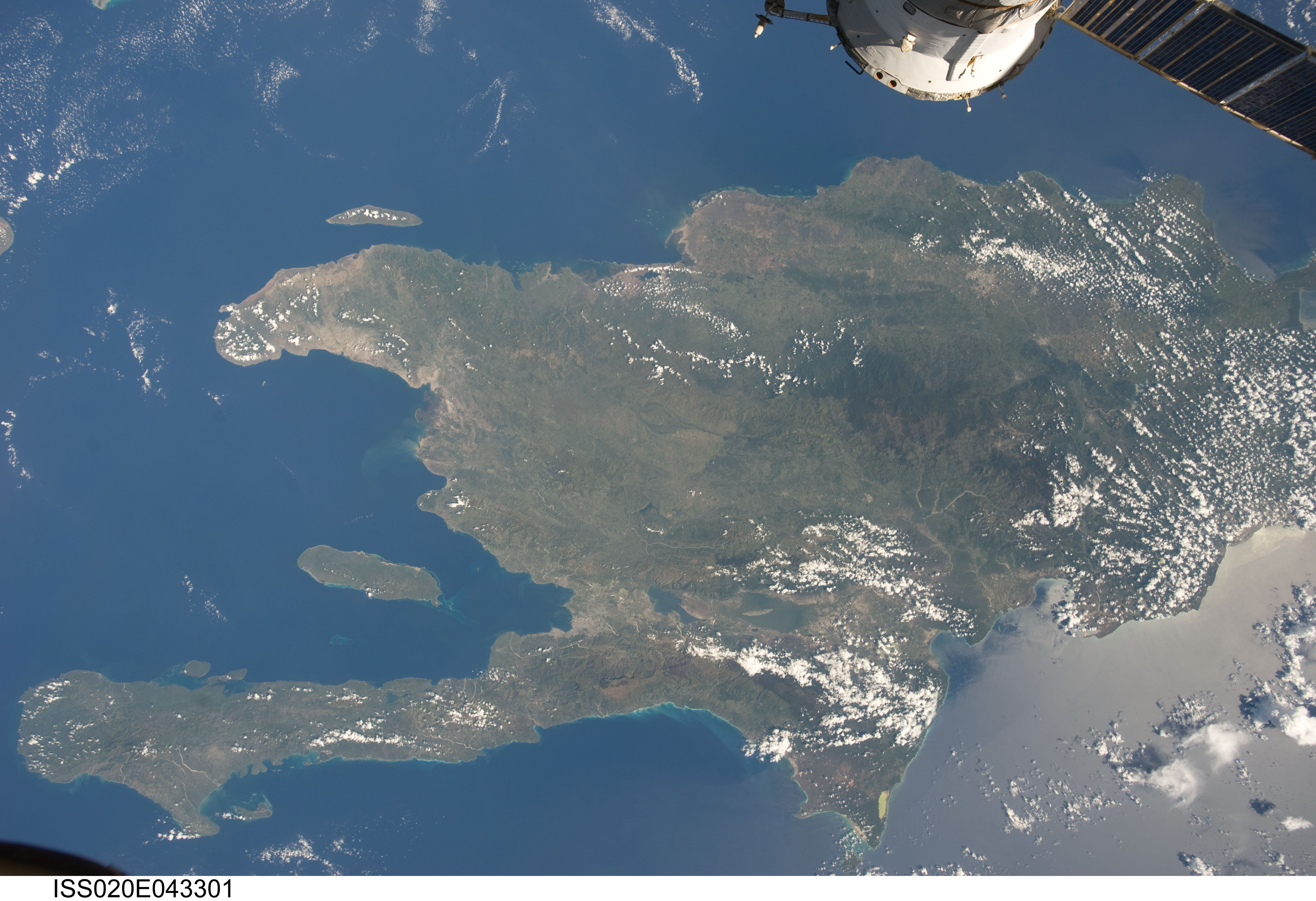 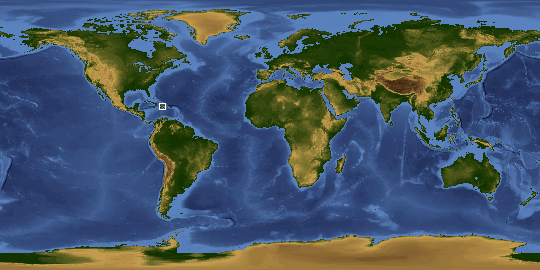 Other options available:
Download Packaged File
Download a Google Earth KML for this Image
View photo footprint information
Image Caption: ISS020-E-043301 (28 Sept. 2009) ?-- A view of the Caribbean island of Hispaniola from the International Space Station. This island is comprised of Haiti (in the center left of the image) and the Dominican Republic and is part of the Greater Antilles island chain which lies along the geological boarder of the North America Plate and the Caribbean Plate. A major fault line in the region, Enriquillo-Plantain Garden Fault, runs along the longer peninsula, in the foreground, and just south of Port-Au-Prince. Part of a docked Russian spacecraft can be seen in the foreground. The epicenter of the recent disastrous earthquake occurred near this fault. This image was taken by the Expedition 20 crew on the International Space Station on Sept. 28, 2009 using a 25 mm lens setting.