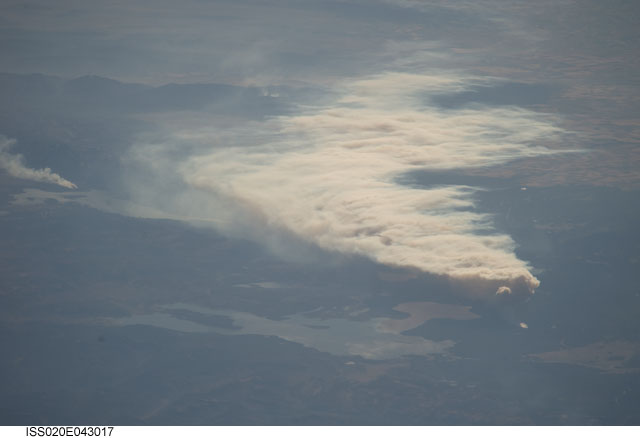 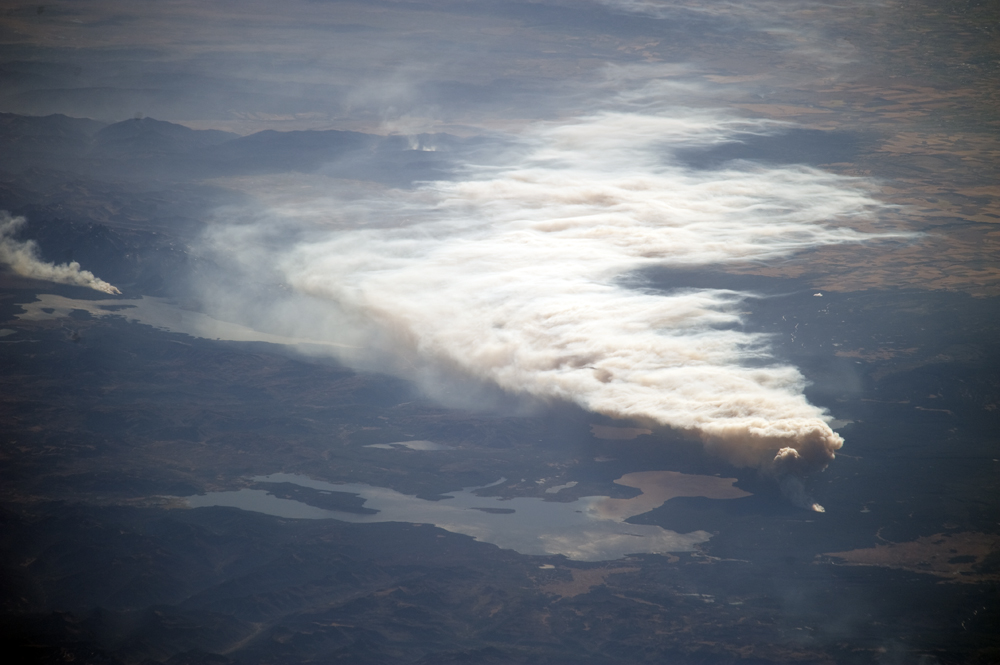 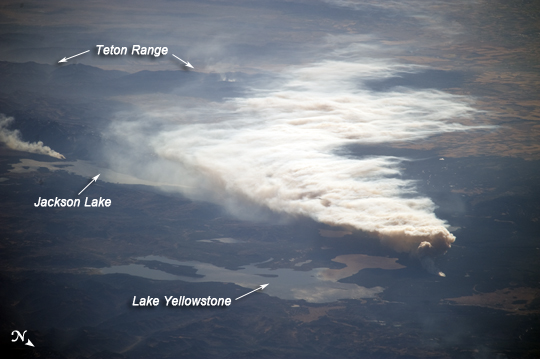 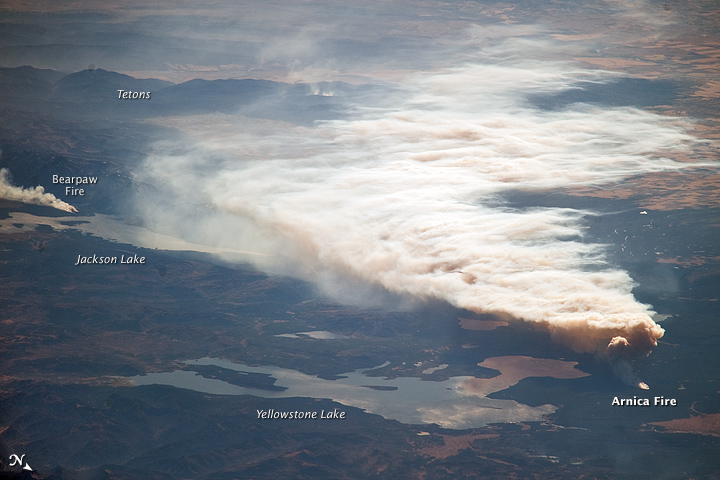 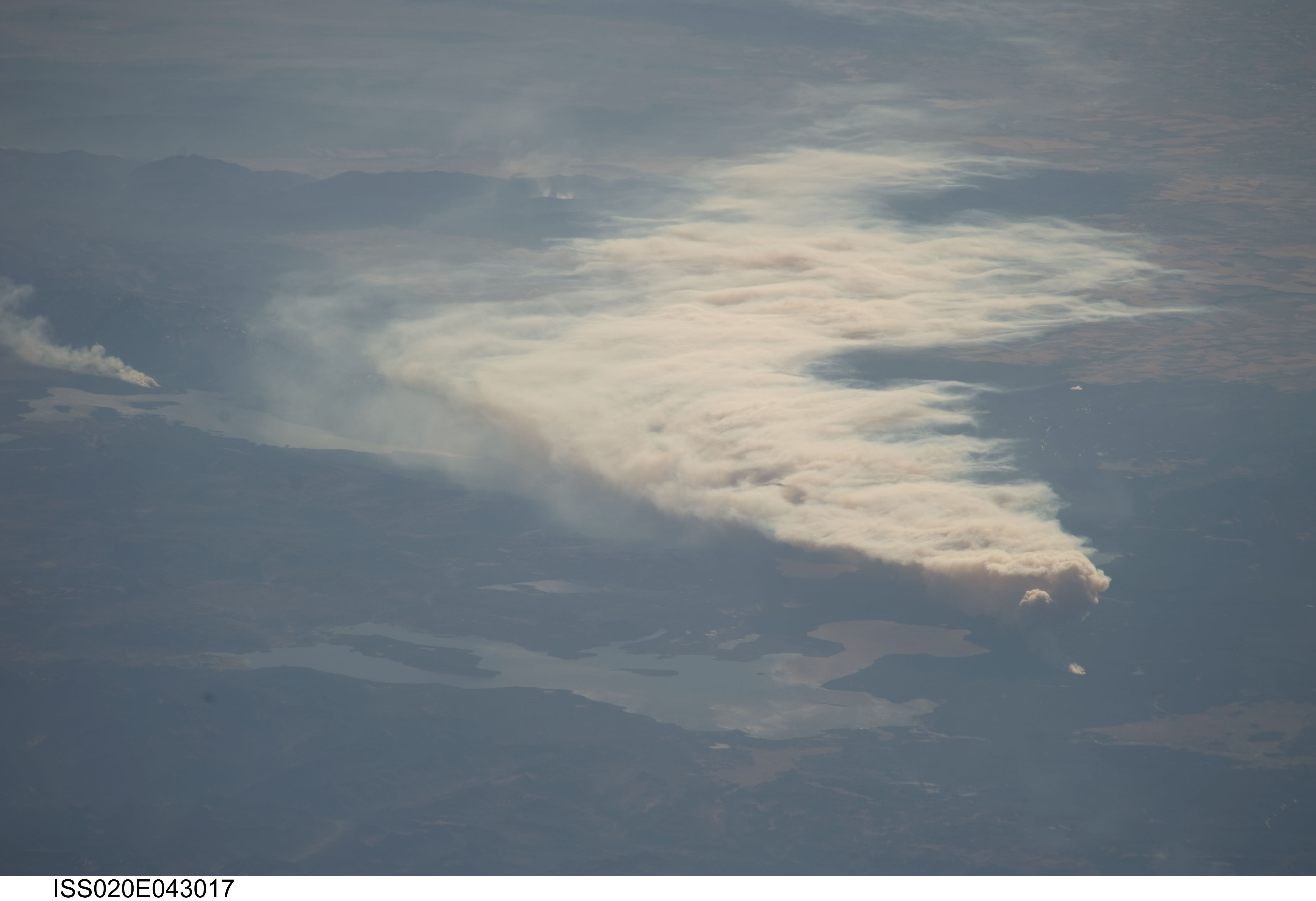 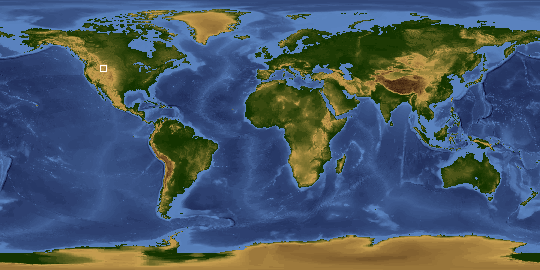 The late summer/fall wildfire season is in full swing in the western United States. Significant wildfires are observed each year by astronauts orbiting the Earth on the International Space Station. This astronaut photograph documents the Arnica Fire in Yellowstone National Park. The fire was started by a lightning strike near Yellowstone Lake on September 13, 2009. By the time it was detected on September 23, 2009, it covered approximately 2 hectares (4 acres). The fire was photographed by the astronauts on the following day (September 24); by then, it had grown to 101 hectares (250 acres) in size. Warm, dry and windy conditions in the area provided a favorable environment for growth of the fire, and as of October 1, 2009, the fire was estimated to be 3,764 hectares (9,300 acres) in size.

The image is highly oblique, or taken looking outwards at an angle, rather than straight down towards the Earth's surface. The ISS was approximately above Lake Winnipeg, Manitoba, Canada--almost 1,200 kilometers (746 miles) to the northeast of the fire--when this image was taken using a long lens. Landmarks visible in the image include Yellowstone and Jackson Lakes at image center; the Teton Range is visible in the background. The reflection of the smoke plume is visible in Yellowstone Lake.

A regional view of the Arnica Fire was acquired by the Moderate Resolution Imaging Spectroradiometer (MODIS) sensor on NASA's Aqua satellite. The MODIS image shows the areal extent of the Arnica smoke plume, and the oblique astronaut photograph provides complementary information on the vertical plume structure. As the two images were taken 3 days apart, they cannot be directly paired; however, together they provide a more complete picture of smoke plume evolution than either image would separately.