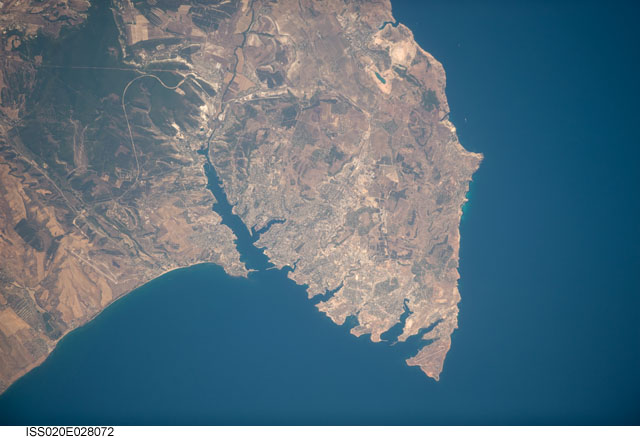 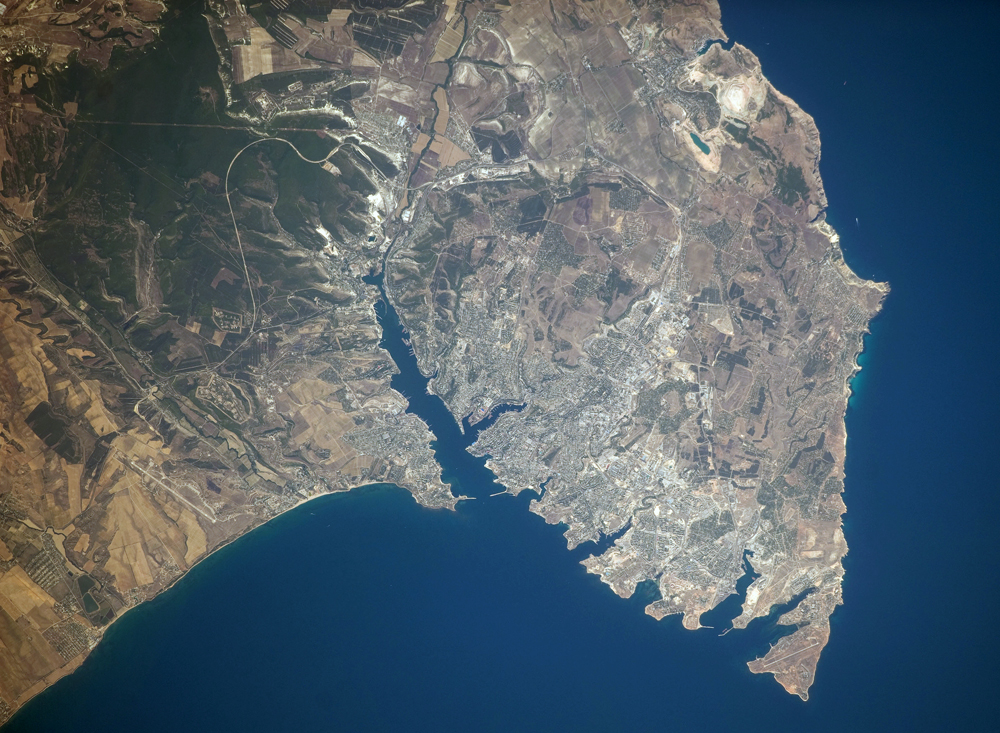 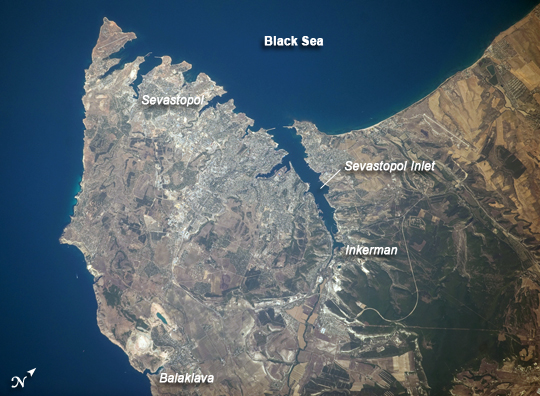 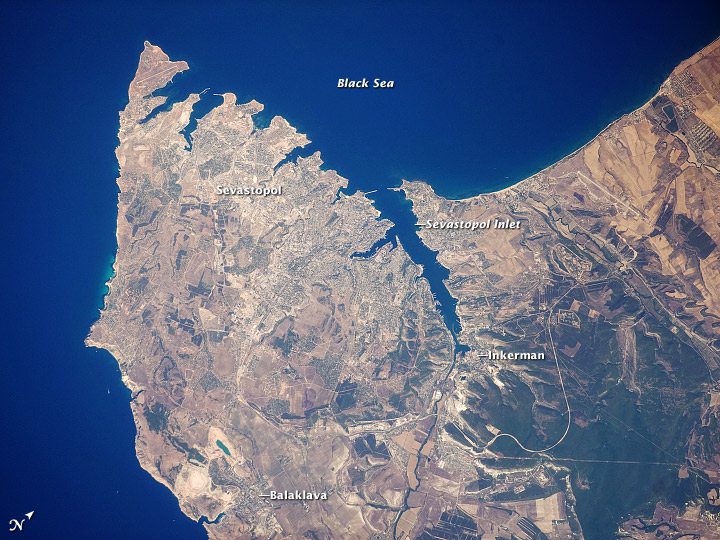 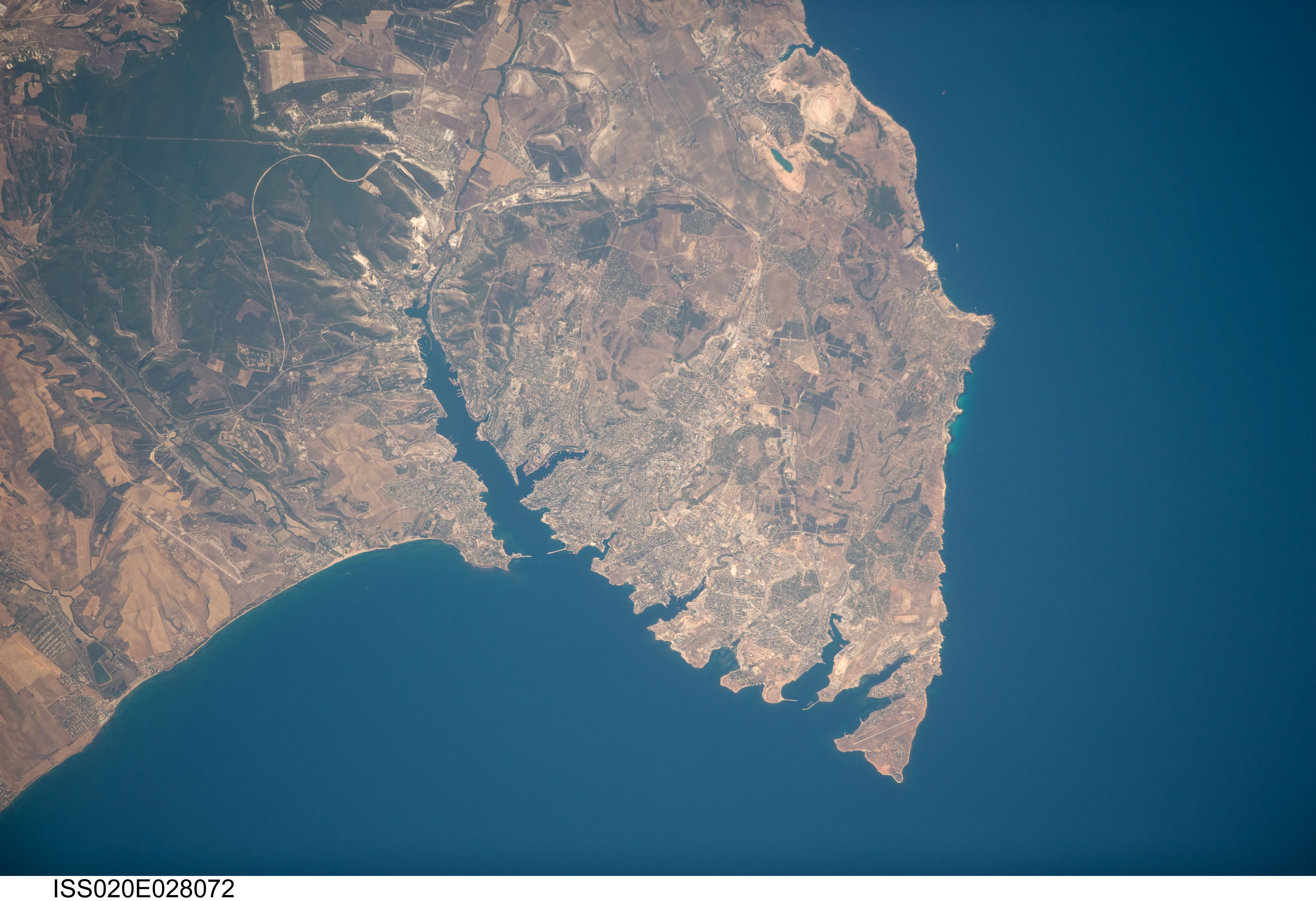 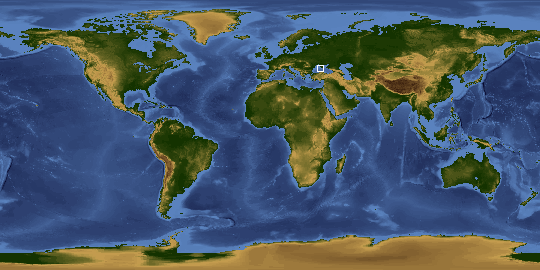 The port city of Sevastopol is located in southernmost Ukraine on the Crimean Peninsula. The city is an important naval base due to the numerous inlets and bays along the coastline. During the Cold War, the city was the base of the Soviet Black Sea Fleet, but now it services vessels of both the Ukraine and Russia. The main economy of the city is based on trade and shipbuilding, but Sevastopol is also a popular tourist and resort destination for visitors from the Commonwealth of Independent Countries (formed from former Soviet Republics).

This astronaut photograph highlights the jagged coastline of the southern Crimean Peninsula and the various docking areas of Sevastopol. The urban area is light gray, and it is bounded to the north and west by the Black Sea, to the south by vegetated (light green) and fallow (tan) agricultural fields, and to the east by the city of Inkerman and vegetated uplands (deep green). The city of Balaklava, to the south, houses another relic of the Cold War--an underground Soviet submarine base that is now open to the public as a monument. The Chernaya River issues into the Black Sea near Inkerman, flowing into the Sevastopol Inlet to the west.