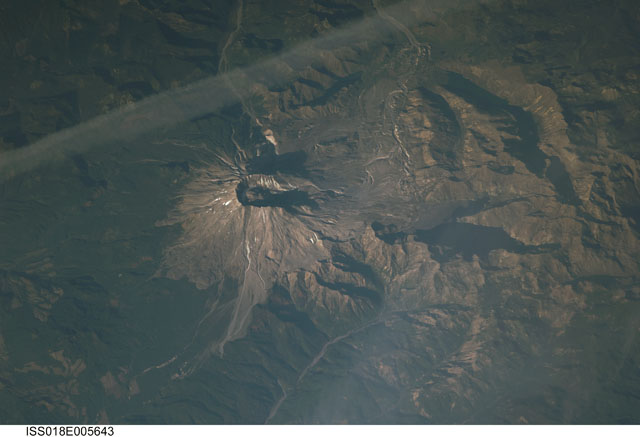 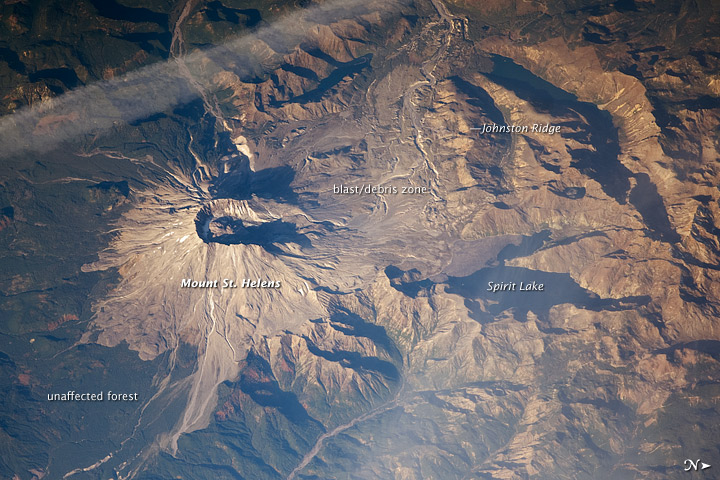 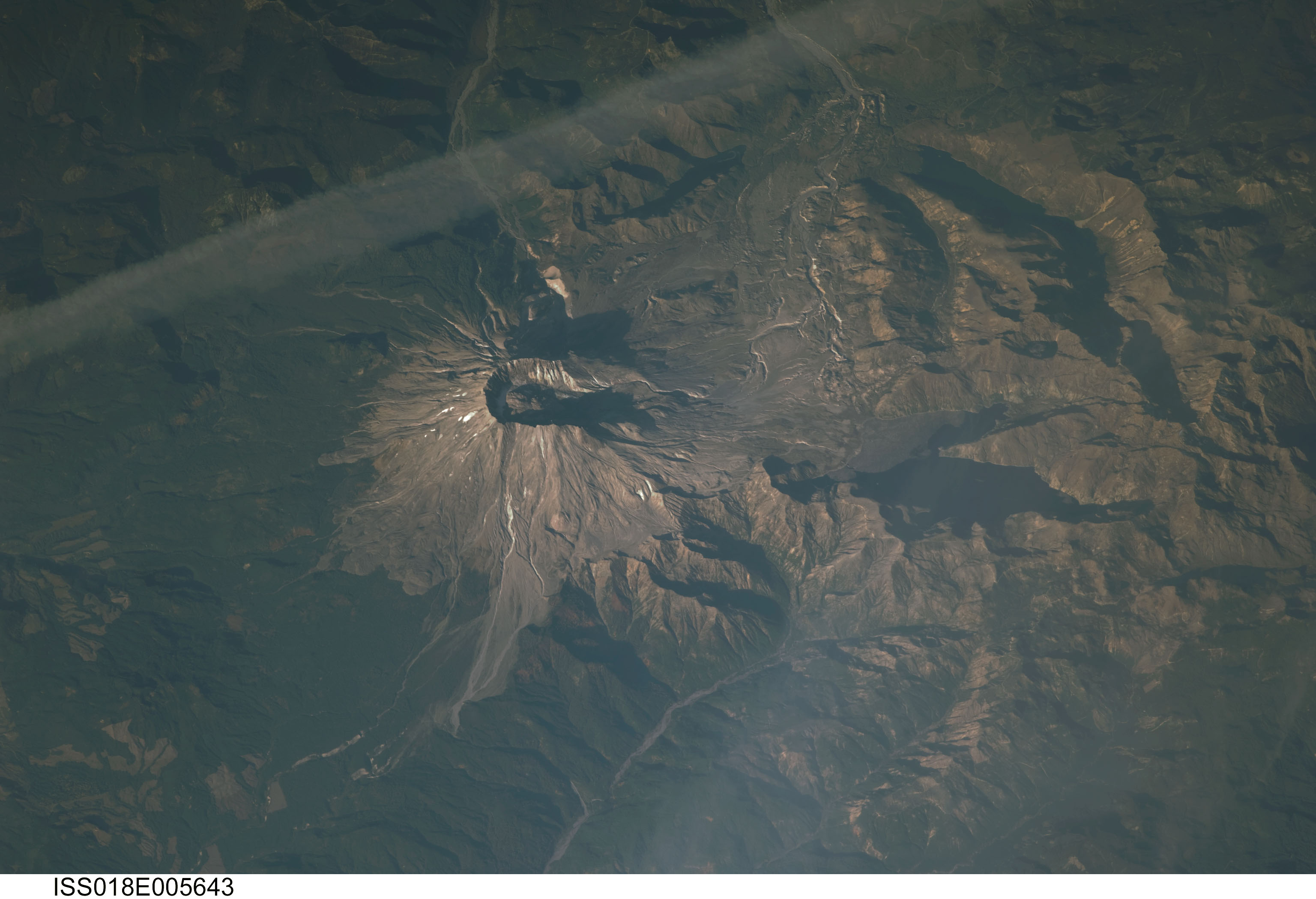 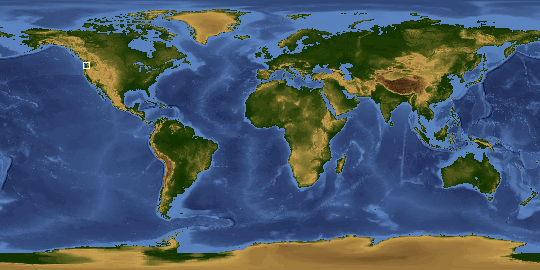 When Mount St. Helens erupted on May 18, 1980, the north face of the mountain collapsed, and a massive avalanche of rock, mud, and volcanic debris thundered down the mountain. The description of the event on the Mount St. Helens National Monument Website reads, "Nearly 230 square miles of forest [were] blown down or buried beneath volcanic deposits. [A] mushroom-shaped column of ash rose thousands of feet skyward and drifted downwind, turning day into night."

The creation of a national monument at the site has given scientists the chance to document and study how forests generate from such a major disturbance. Astronaut photographs, such as this one taken on October 28, 2008, collected over nearly three decades have helped to tell the story of the eruption and its long-term effects. Taken from an oblique (side angle) perspective, this photo has a striking three-dimensional quality. The astronaut was photographing the mountain from a vantage point in the east (i.e., looking west.) Mount St. Helens is at image left, and the blast/debris zone is to the right.

Nearly three decades after the eruption, the impact on the forest in the blast zone is still obvious. South of the mountain, lush green forests cover the landscape, while north of the mountain, vegetation remains sparse, particularly on higher elevations. Different areas of the blown down or buried forests are recovering at different speeds. Recovery is slower in forests that had been clear cut before the eruption, and faster in places where vegetation was protected from erosion, wind, drying, and temperature extremes by fallen giants--old growth Douglas fir trees blown down in the eruption--or by snow pack.

In the six years following the catastrophic eruption, more than 120 million cubic yards of lava oozed from vents in the summit crater, building a lava dome that rose to 876 feet above the crater floor. Dome growth stopped for many years, and then resumed in 2004. According to the USGS Cascades Volcano Observatory Website, "From October 2004 to late January 2008, about 125 million cubic yards of lava had erupted onto the crater floor to form a new dome." In July 2008, after five months during which no new evidence of eruptive activity was detected, geologists declared the eruption over.