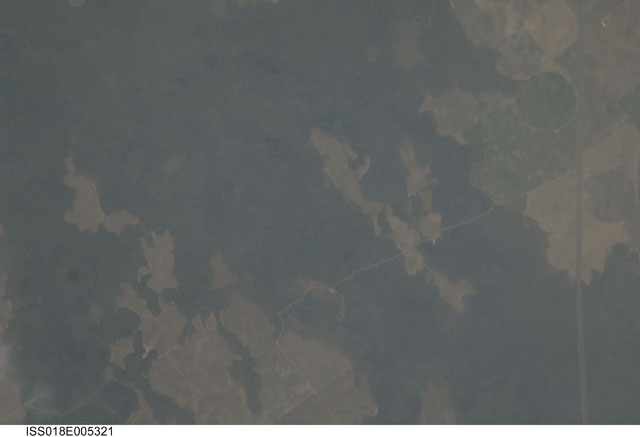 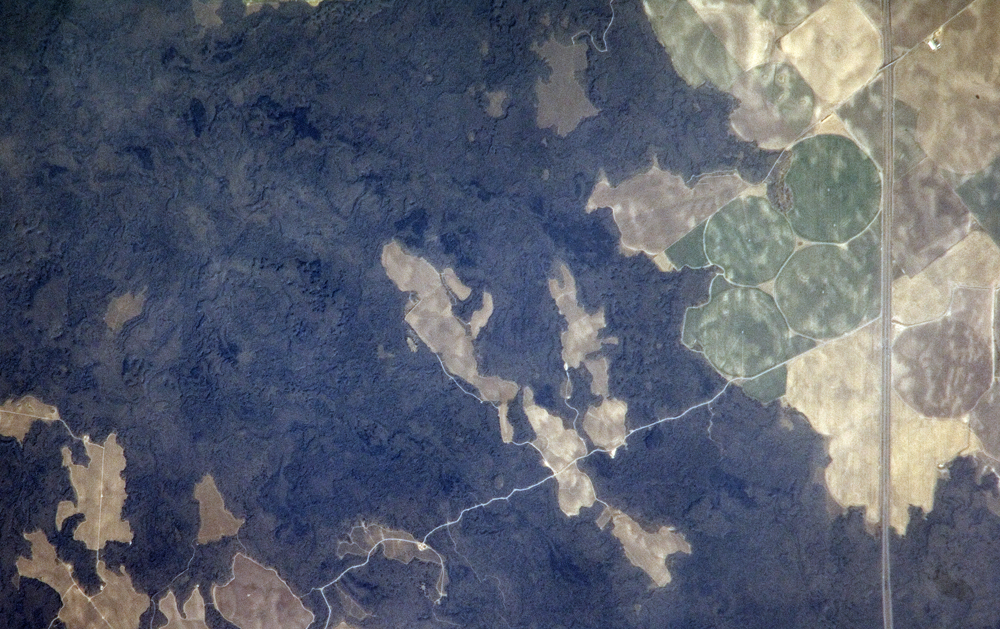 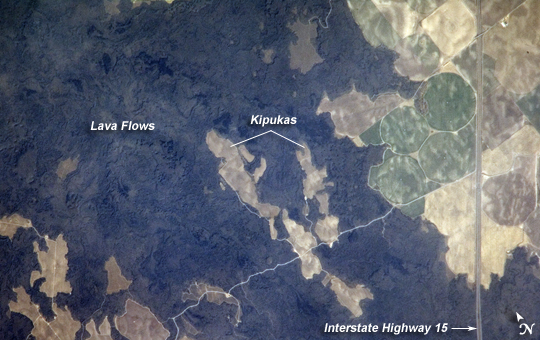 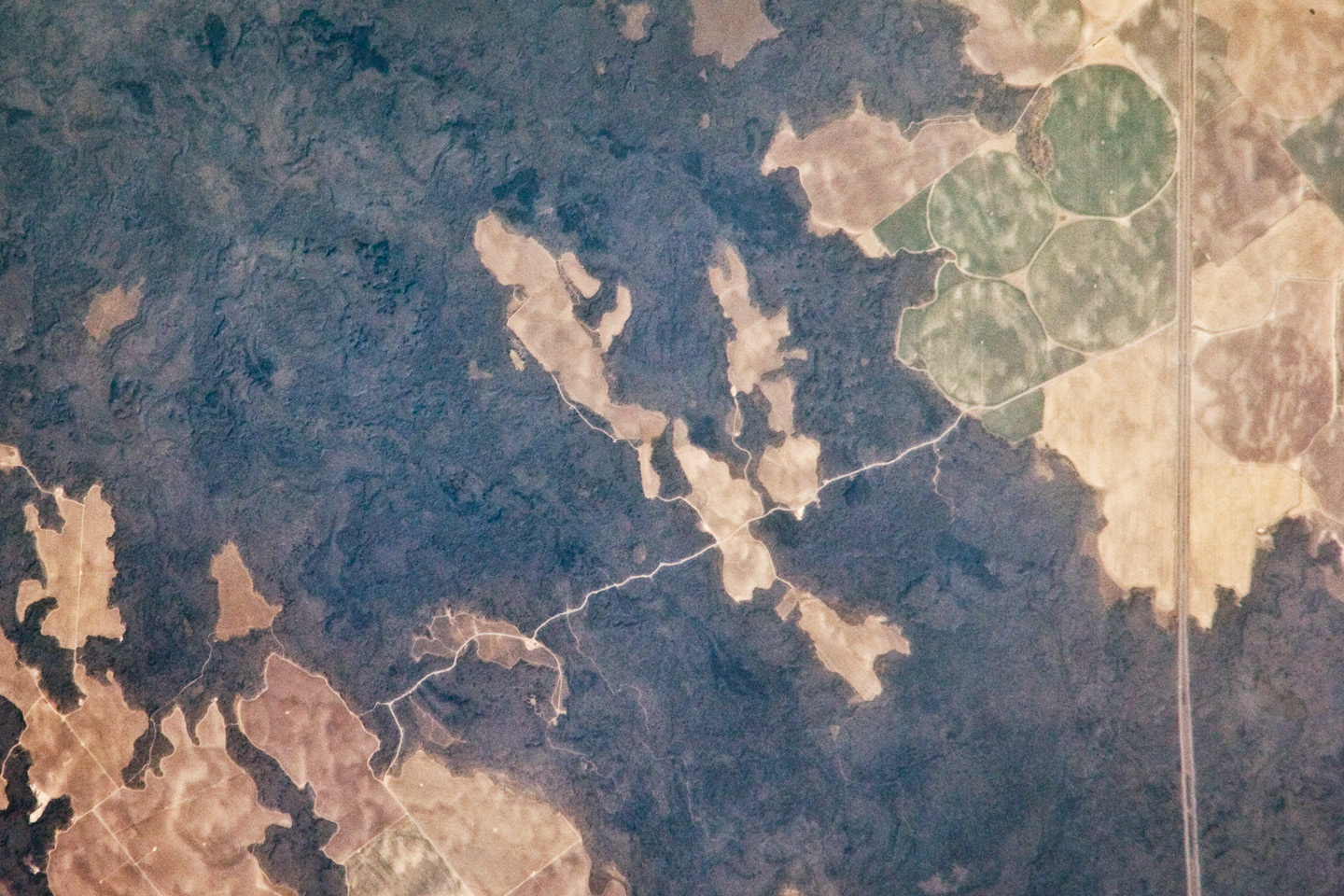 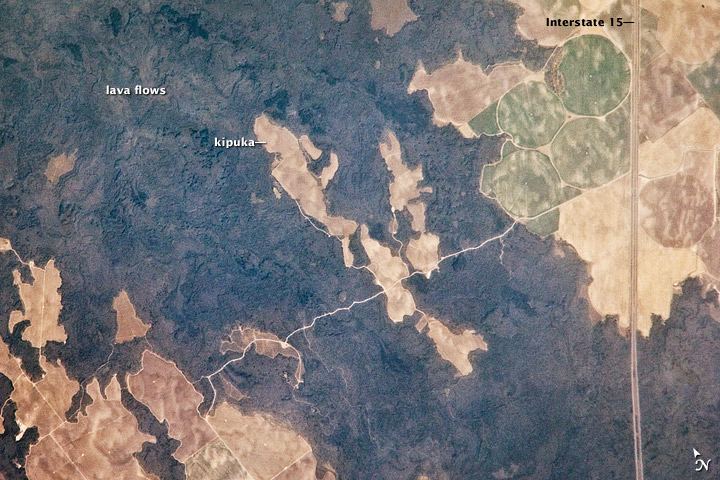 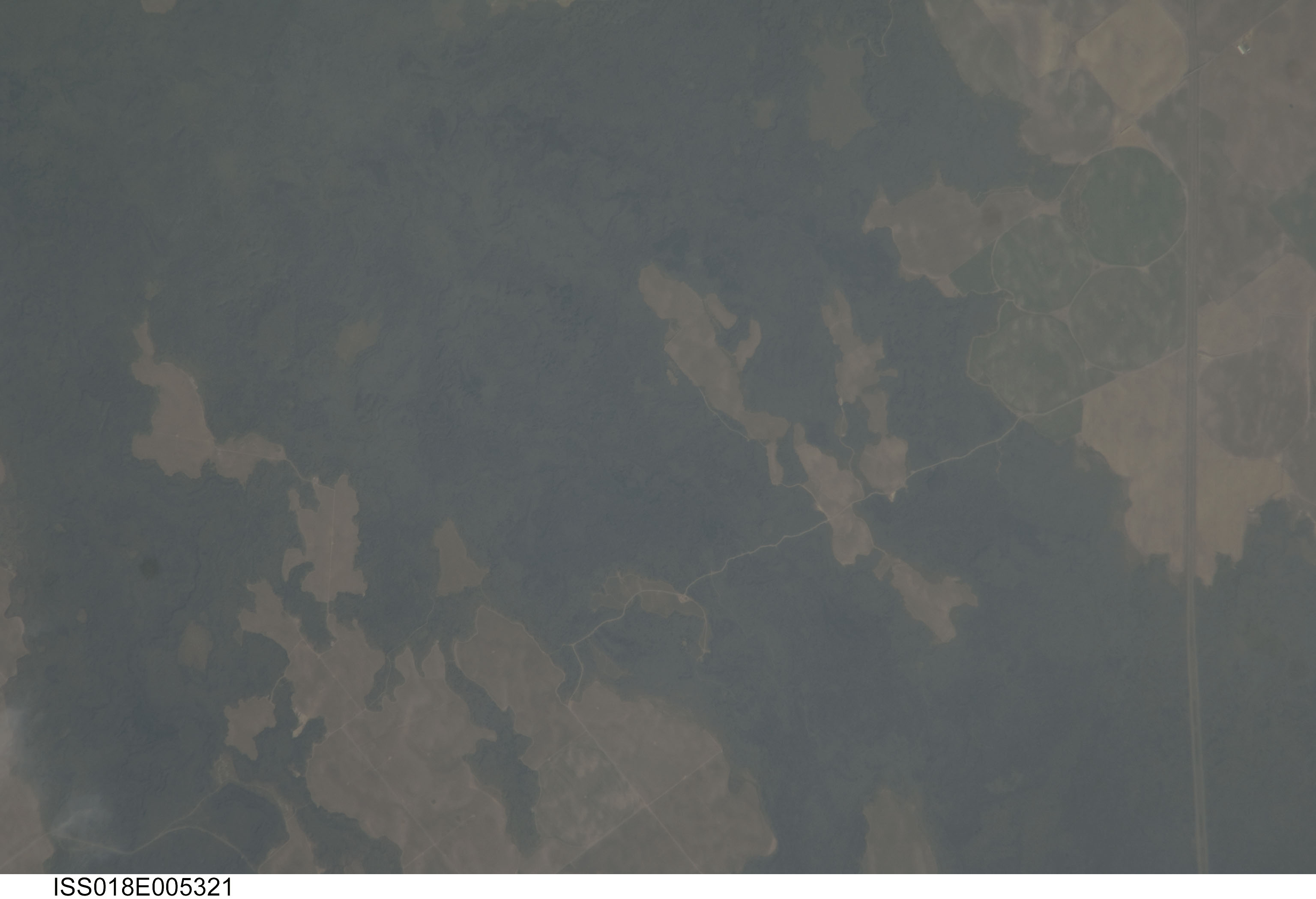 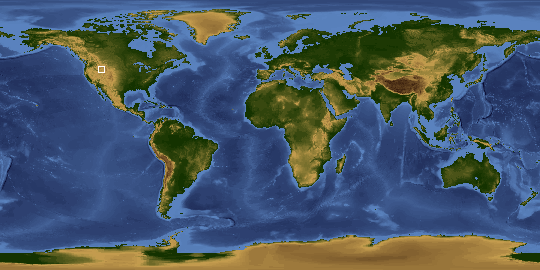 Located in eastern Idaho, the Hell's Half Acre Lava Field is the easternmost large field associated with the Snake River Plain, which arcs across the center of the state. Geologists think that the abundant lava flows and other volcanic rocks of the Snake River Plain were created when the North American tectonic plate passed southwest over a mantle plume, a fixed "hotspot" in the Earth's mantle (the layer of Earth below the crust).The hotspot melted the rock of the tectonic plate as the plate passed over it, and magma rose to the surface.

Volcanism attributed to the hotspot began approximately 15 million years ago in the western portion of the Plain, with lava fields becoming younger to the east. With lavas erupted approximately 4,100 years ago, Hell's Half Acre is one of the youngest lava fields. This pattern-older lavas in the west and younger lavas in the east-reveals the direction the plate was moving. (If the plate had been moving the opposite direction over the hotspot, areas to the east would have encountered it first, and the eastern lavas would have been older.) Today, the center of hotspot volcanism is located in Yellowstone National Park, where it feeds the extensive geyser system.

Portions of the Hell's Half Acre Lava Field are a National Natural Landmark and Wilderness Study Area. This detailed astronaut photograph illustrates the forbidding landscape of the basaltic lava field. The complex ridge patterns of the black to grey-green flow surfaces include both smooth, ropy Pahoehoe and blocky 'A'a lava. Regions of tan soil surrounded by lava are known as kipukas. These "islands" are windows onto the older underlying soil surface. The kipukas are used for agriculture (both crops and grazing); several green fields are visible to the northwest of Interstate Highway 15 (image right). Light to dark mottling in the kipukas is most likely due to variations in moisture and disturbance by agricultural activities.