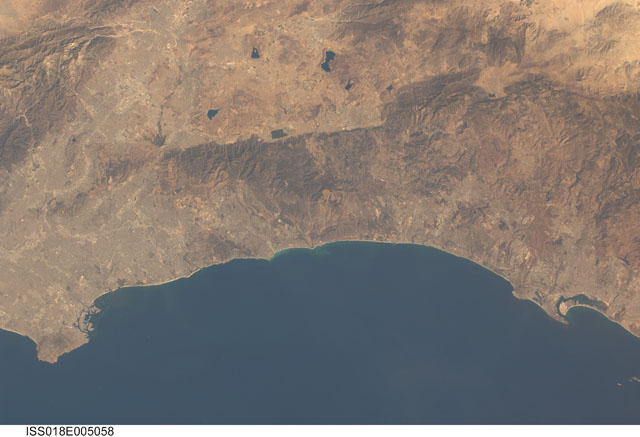 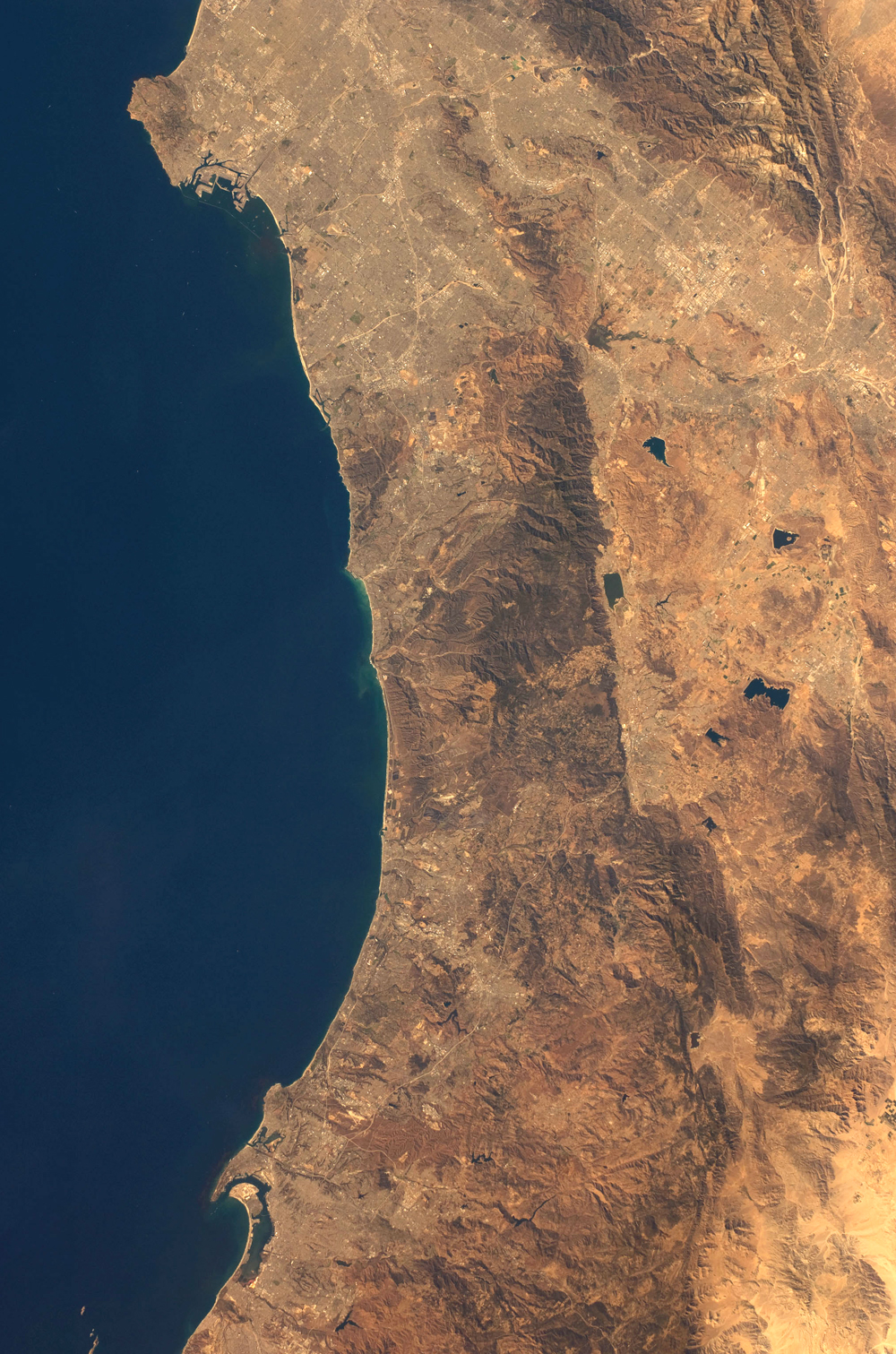 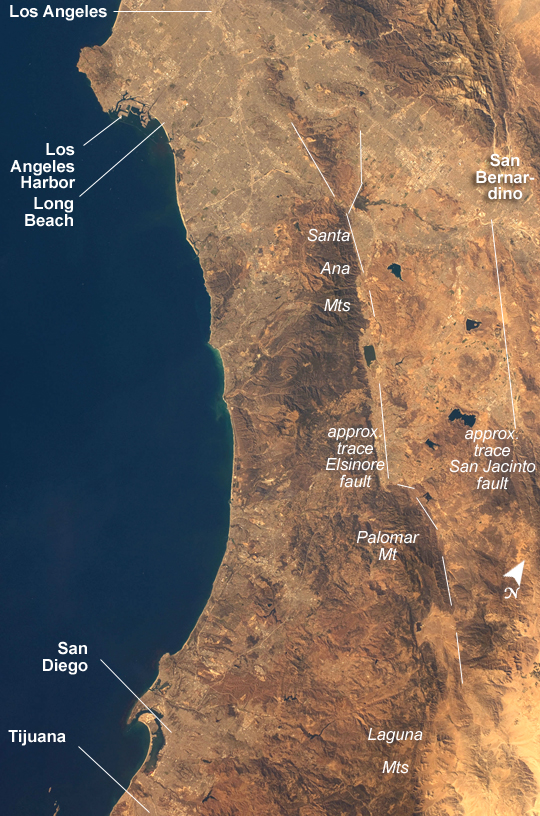 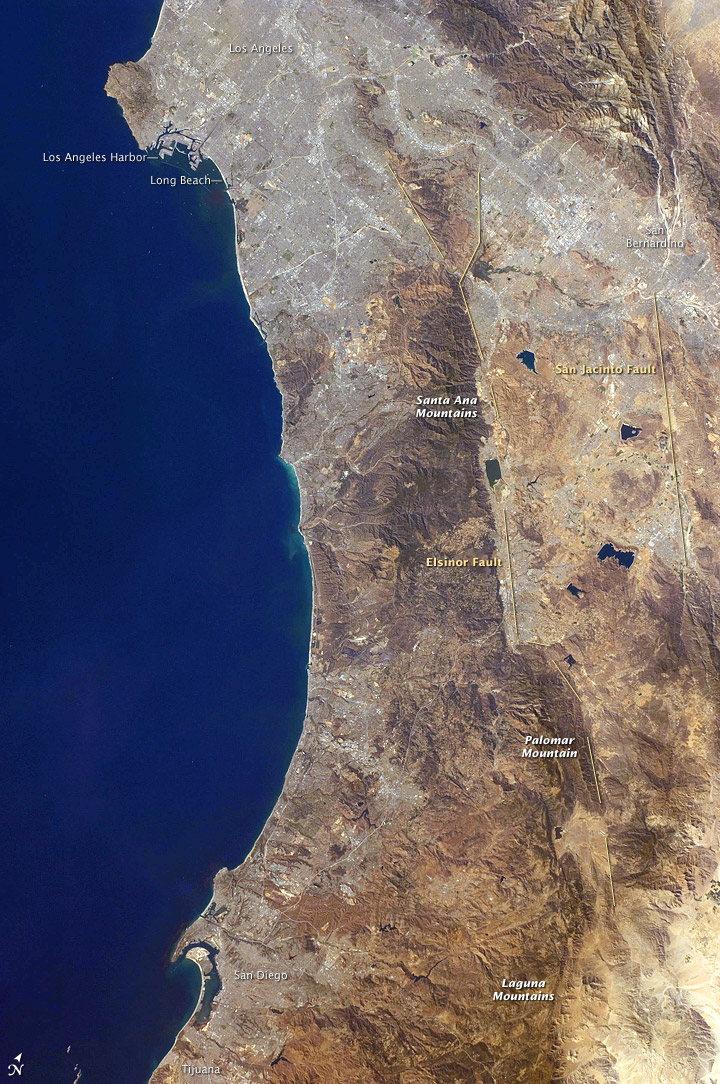 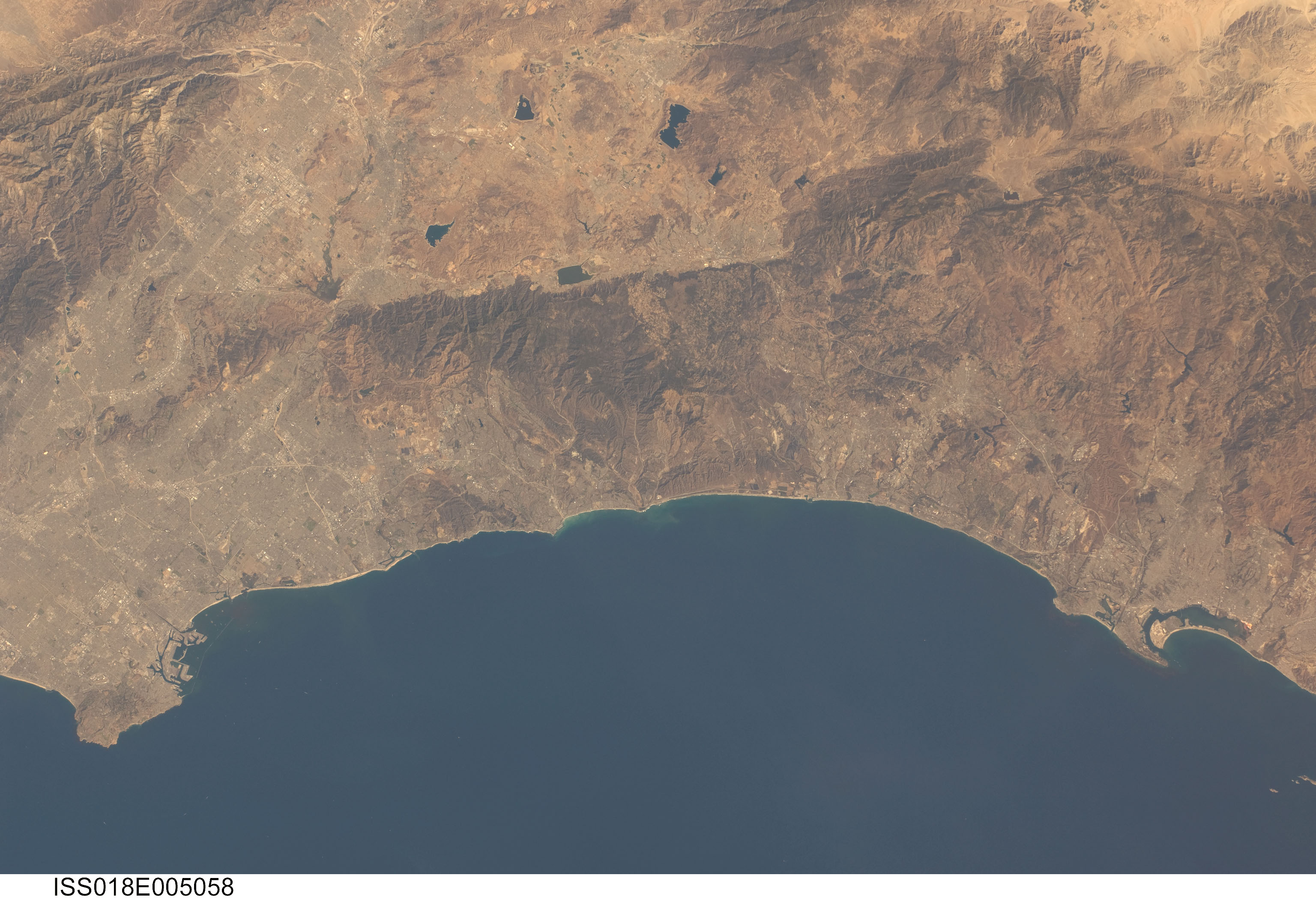 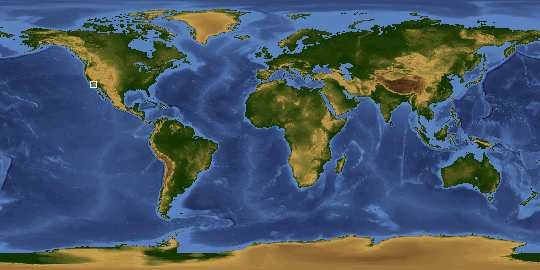 Southern California's coastline from southern Los Angeles to Tijuana in Mexico, a distance of about 225 kilometers, appears in this hand-held astronaut image from October 2008. Port facilities of Los Angeles Harbor appear in great detail on the northern part of the coastline, and arc-shaped San Diego Bay is recognizable at the south end (bottom).

The image covers much of one of the most densely populated parts of the United States, with about 20 million people within the parts of five counties shown here. The dense urban areas appear gray, with the largest conurbation (geographers' term for an aggregation or continuous network of urban communities) in the north of the view, spanning the area of Long Beach-Los Angeles-San Bernardino. A smaller conurbation zone appears around San Diego-Tijuana in the south. Major highways with their associated strip development snake through these dense urban areas.

The topography of Southern California is defined by long, linear features that trace the path of large transform faults. [At transform faults, two blocks of the Earth's crust (or two separate tectonic plates) slide past each other horizontally.] These faults, including the Elsinore and San Jacinto Faults seen here, are part of the San Andreas Fault System, the broad zone of tectonic faults that occurs at the plate boundary between North America to the east and the Pacific Ocean to the west.

The Elsinore Fault marks the steep eastern scarp of the Santa Ana Mountains as well as the precipitation boundary between the wetter mountains and the drier deserts to the east. The rainfall difference is reflected in the darker appearance (more vegetation) of the mountains and coastal regions. Inland of the mountains, climates are far drier, and the natural vegetation is scrubby and much less dense, which allows brown and yellow soils to show through.

Although the mountains are wetter than inland areas, the climate overall is a dry one, and water management is a critical issue for the large urban areas of the state. Several reservoirs that are visible east of the Santa Ana Mountains provide water for both cities and agriculture in southern California. According to the California Department of Water Resources, the state is facing the worst water crisis in its history, and in June 2008, the governor declared a statewide drought, including a state of emergency for the Central Valley.