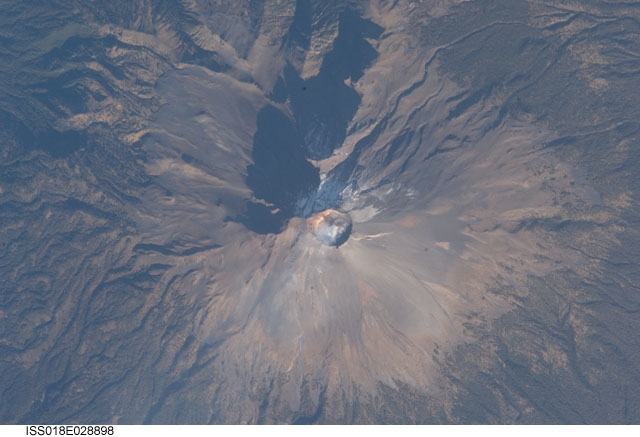 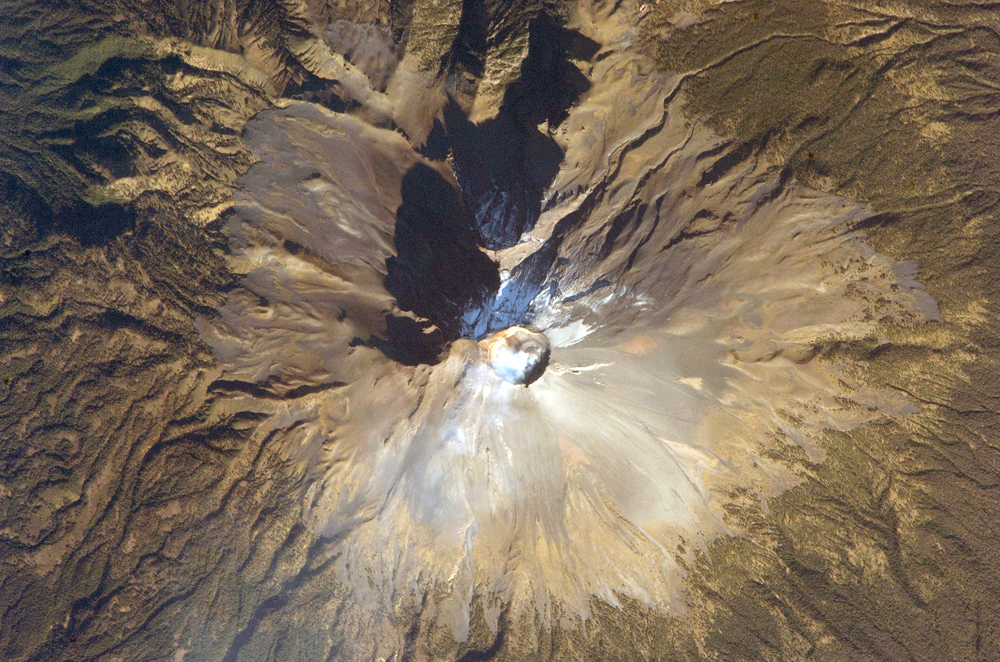 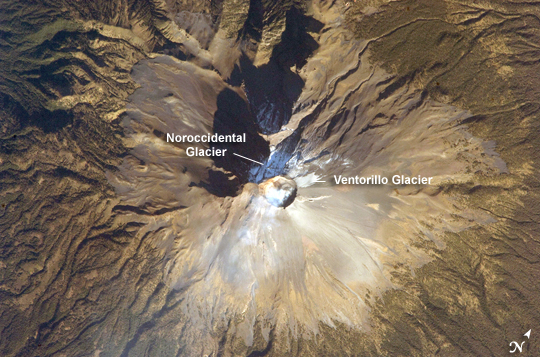 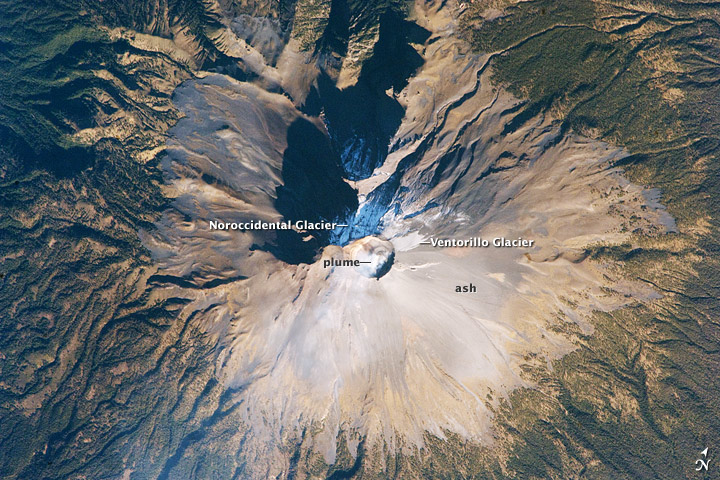 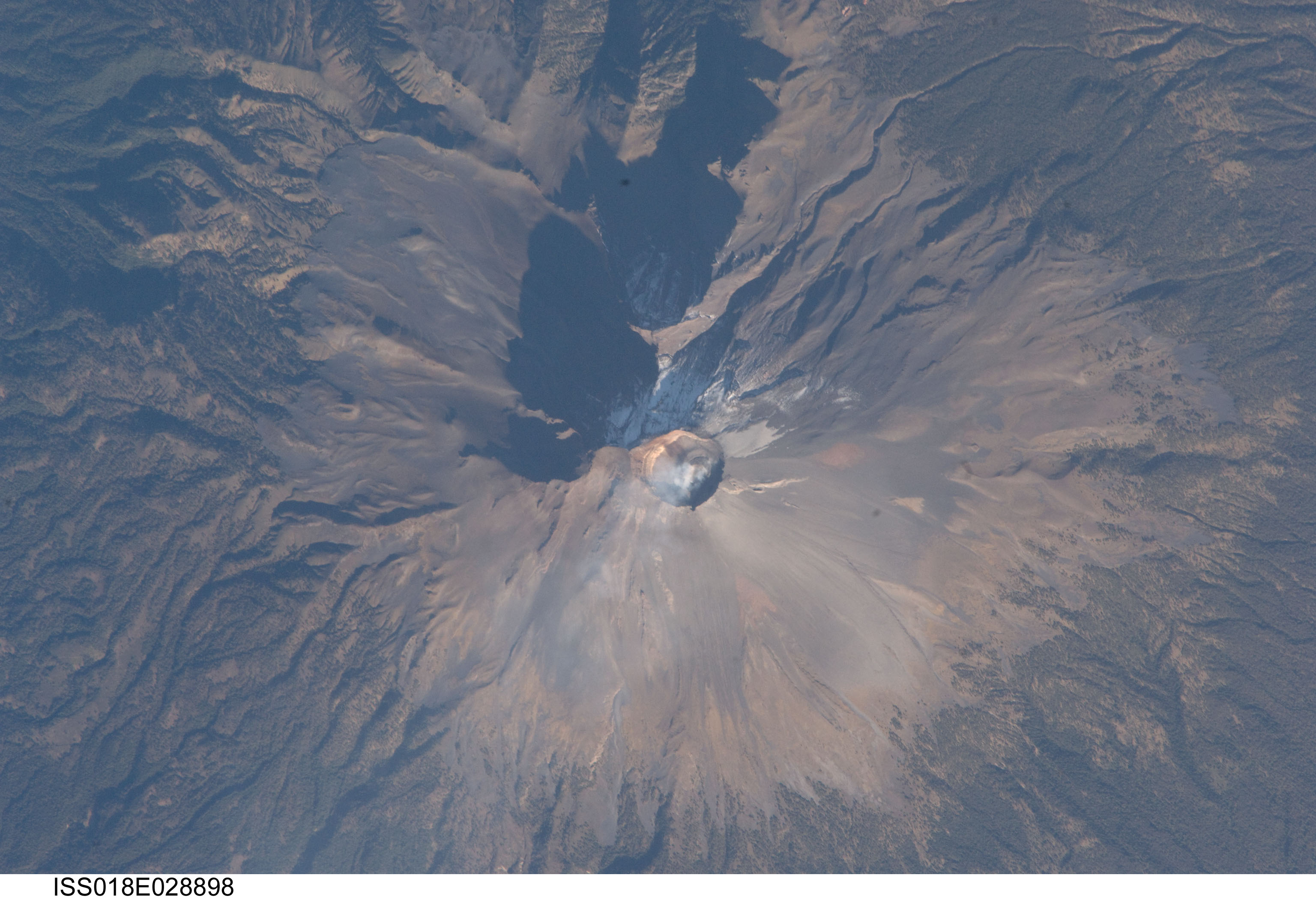 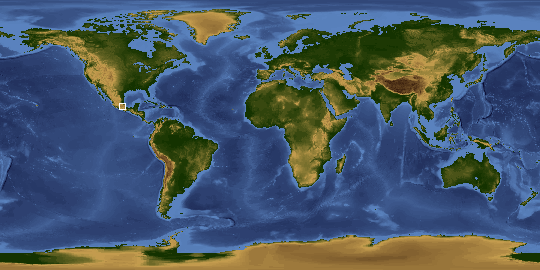 Volcan Popocatepetl, a large stratovolcano located approximately 70 kilometers southeast of Mexico City, is considered by many volcanologists to be "the planet's riskiest volcano." The volcano warrants this distinction because of how close it is to one of the most densely populated megacities on Earth: near 23 million people lived in Mexico City in 2009. The variety of potential volcanic hazards at Popocatepetl is also considerable, including explosive eruptions of ash, pyroclastic flows (hot, fluid avalanches of rock fragments and gas), and debris avalanches.

This detailed astronaut photograph of the summit crater of Popocatepetl (image center) also highlights Ventorillo and Noroccidental Glaciers. Together with the ice on nearby Iztaccihuatl Volcano and Pico de Orizaba (Mexico's highest peak and the highest volcano in North America), Popocatepetl's glaciers are the only mountain glaciers in tropical North America. The glaciers create yet another volcanic hazard: dangerous mudflows, or lahars, if the ice were to melt during an eruption. At the time this image was taken, steam and ash plumes were observed at the volcano. A faint white steam plume is visible against gray ash deposits on the eastern and southern flanks of the volcano.