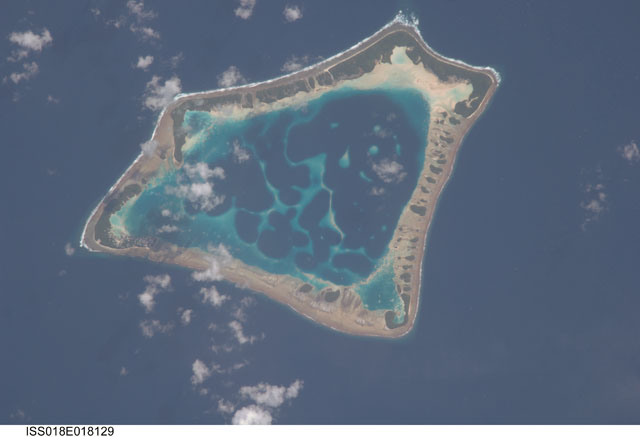 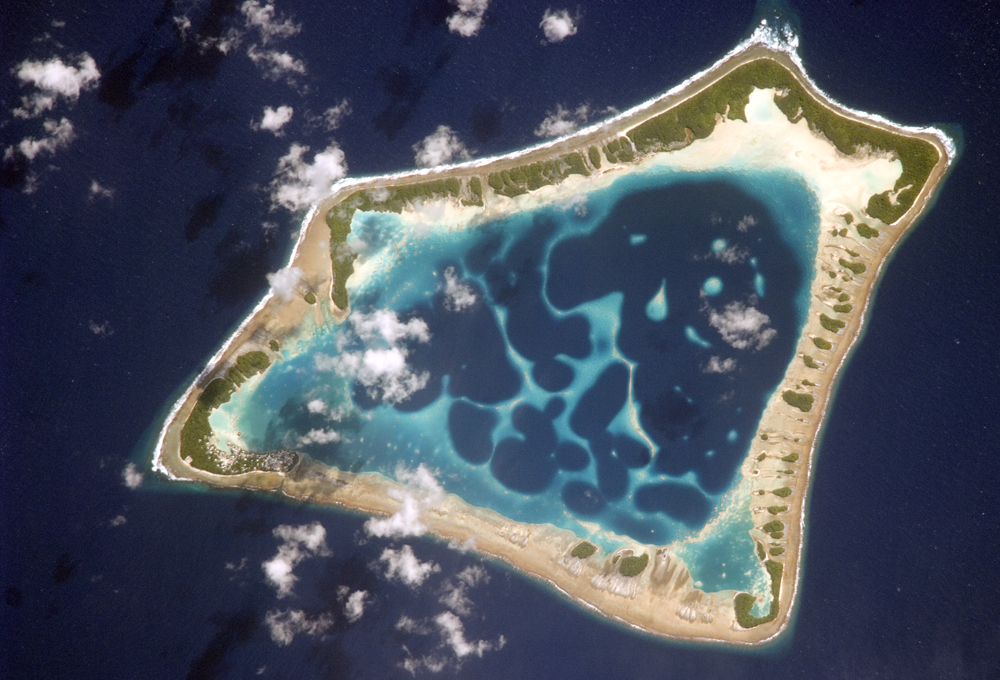 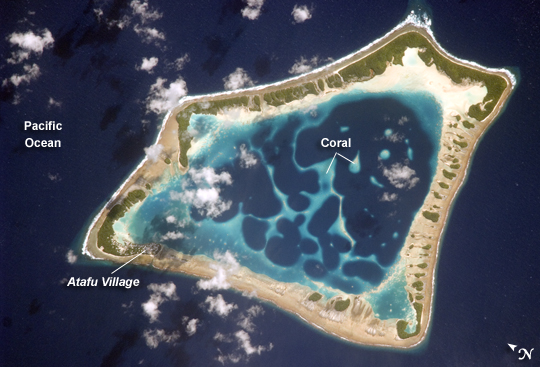 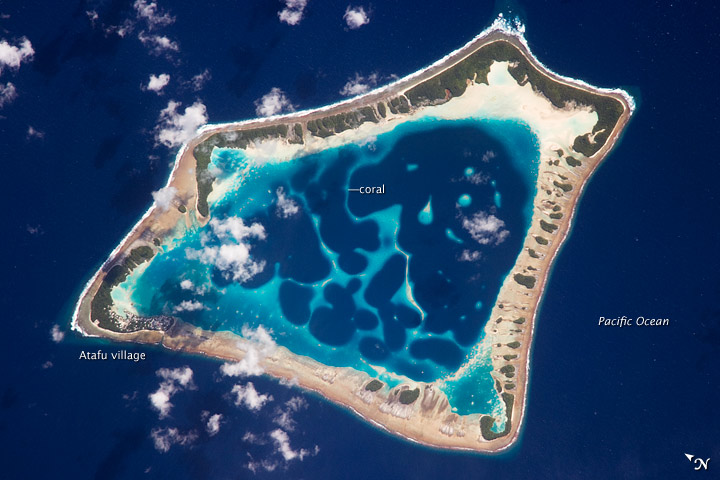 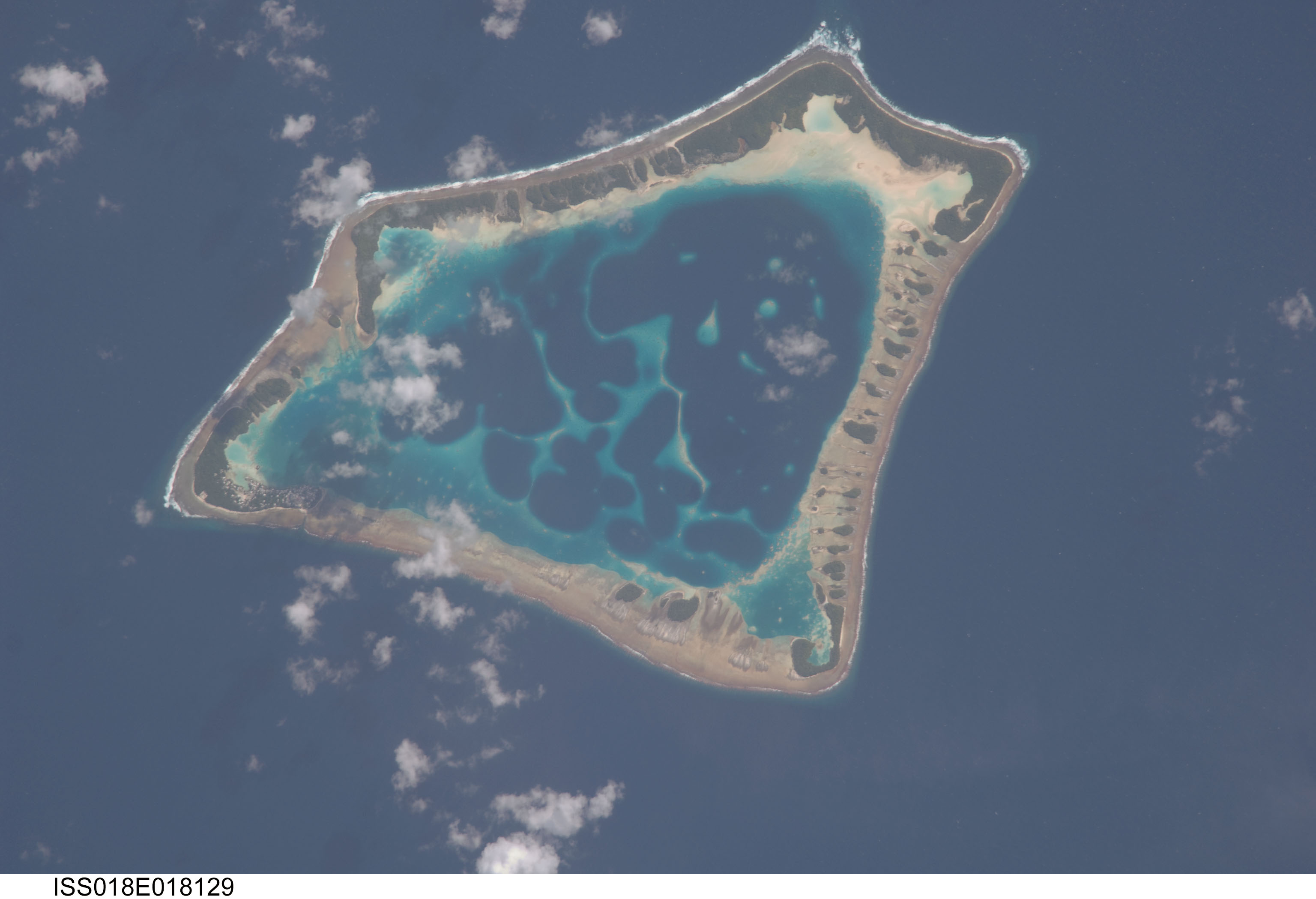 At roughly eight kilometers wide, Atafu Atoll is the smallest of three atolls and one island (Nukunonu and Fakaofo Atolls to the southeast and Swains Island to the south are not shown) comprising the Tokelau Islands group located in the southern Pacific Ocean. The political entity of Tokelau is currently a territory of New Zealand. In recent years, public referendums on independence within the islands have been held, but have not received sufficient support to move forward.

The primary settlement on Atafu is a village located at the northwestern corner of the atoll--indicated by an area of light gray dots in this astronaut photograph. The typical ring shape of the atoll is the result of coral reefs building up around a former volcanic island. Over geologic time, the central volcano has subsided beneath the water surface, leaving the fringing reefs and a central lagoon that contains submerged coral reefs. Erosion and soil development on the surfaces of the exposed fringing reefs have formed tan to light-brown beach deposits (southern and western sides of the atoll) and allowed vegetation to take root (northern and eastern sides of the atoll).

The Tokelau Islands, including Atafu Atoll, suffered significant inundation and erosion during Tropical Cyclone Percy in 2005. The approximate elevation of Atafu Atoll is only two meters above the tidal high-water level. Vulnerability to tropical cyclones and potential sea level rise make the long-term habitability of the atoll uncertain.