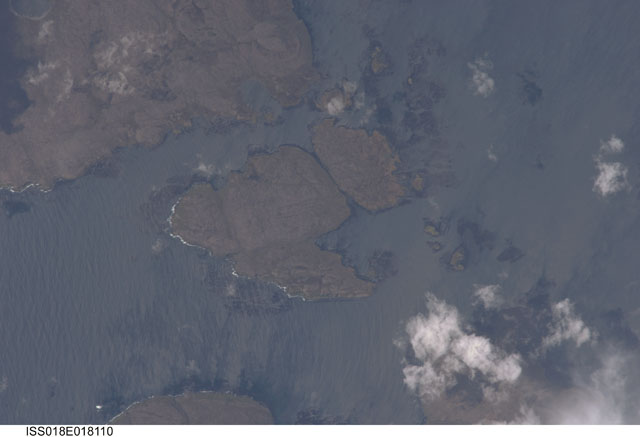 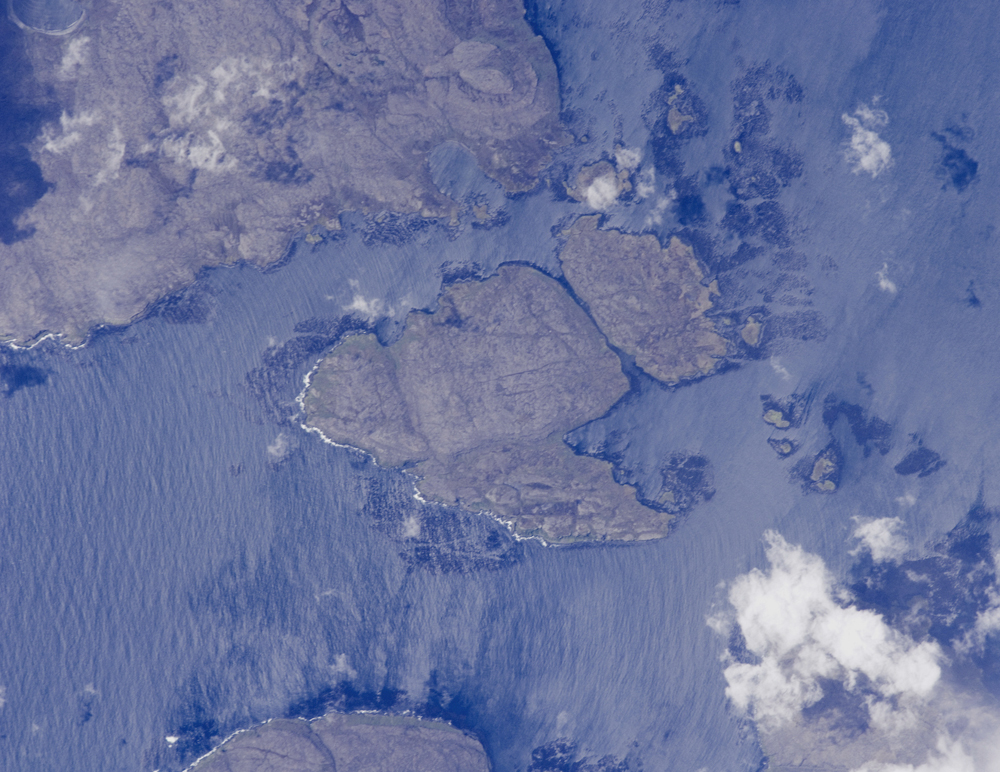 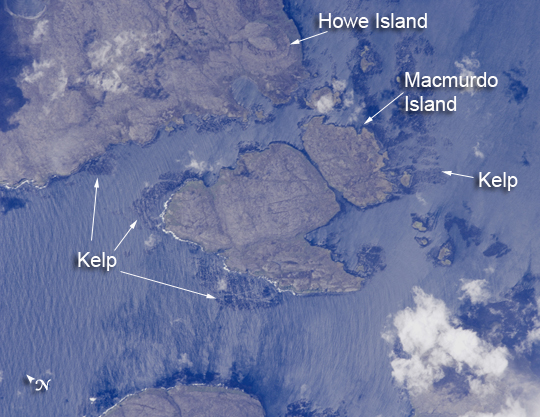 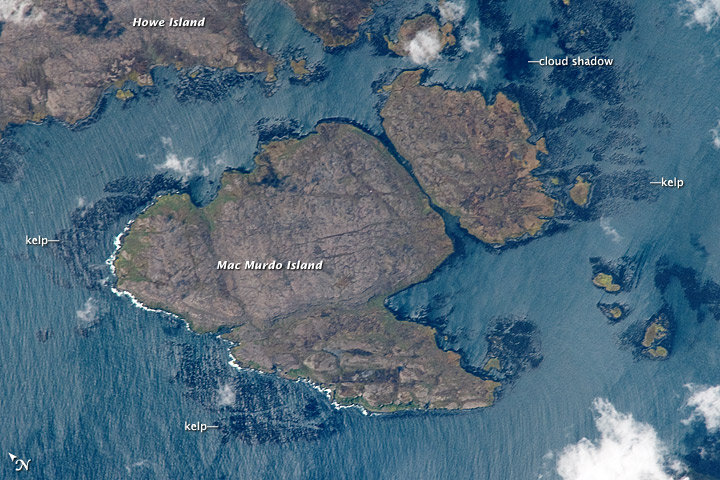 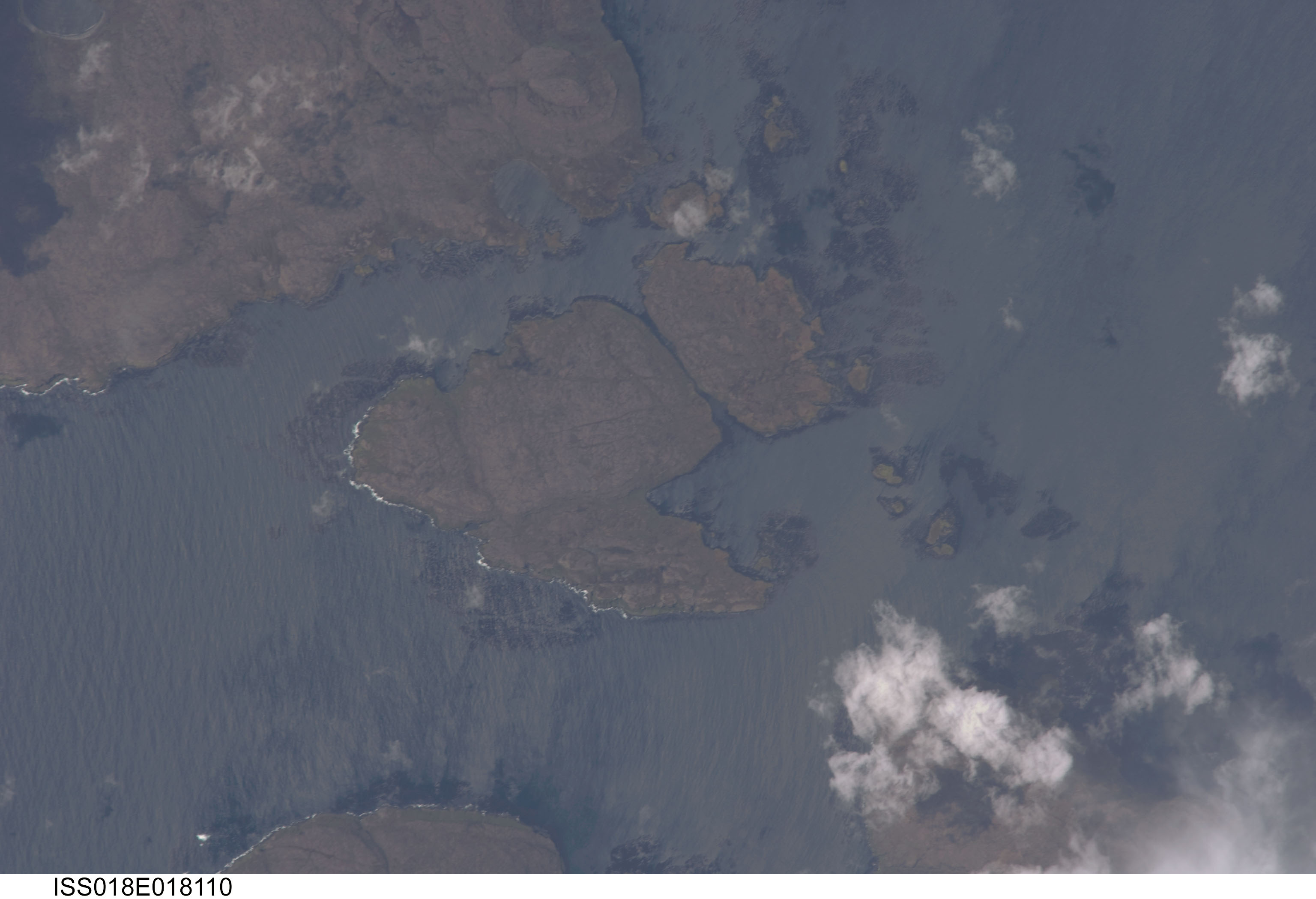 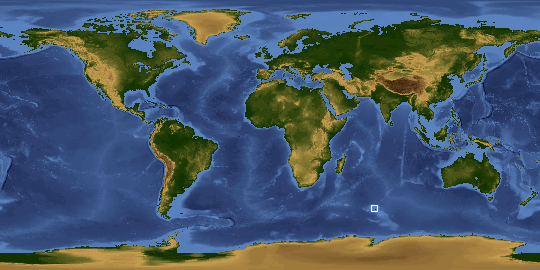 Mac Murdo and Howe Islands are 2 of the 300 islands of the remote Kerguelen Archipelago, located in the southern Indian Ocean. The islands are part of a larger island group called the French Southern and Antarctic Lands. The Kerguelen Archipelago is also called the "Desolation Islands." The coastal regions of the islands support low-growing vegetation (mainly the genus Acaena), while elevations above 50 meters are bare rock. There are no permanent (human) residents on the islands, but a permanent settlement (Port aux Francais) hosts visiting biologists, oceanographers, and other Earth scientists. In addition, the settlement maintains a weather station and a satellite/rocket tracking station.

Weather conditions on the Kerguelen Islands are typical for the latitude; at 49 degrees South, the islands sit at the crossroads of the latitude zones referred to as the "roaring forties" and the "furious fifties." This astronaut photograph was captured on January 6, 2009--early summer in the Southern Hemisphere. That day, the mean daily temperature was 4.5 degrees Celsius (40.1 degrees Fahrenheit), with mean westerly winds of 9 meters per second (about 20 miles per hour).

The coastlines of many sub-Antarctic islands, like the Kerguelen Islands, are occupied by highly productive giant kelp beds (Macrocystis pyrifera). One of the largest marine macroalgaes (seaweeds), the species can grow to lengths of 50 meters (164 feet), forming undersea forests in hard-bottom, subtidal areas (nearshore areas that remain underwater at low tide). Fronds can spread out to form a canopy that totally covers the water surface; we interpret the black patches surrounding coastal areas in this astronaut photograph as offshore kelp beds. These kelp forests are habitat for marine animals, and due to their large biomass and relatively long survival, they are an efficient sink (storage location) for atmospheric carbon dioxide.

The surface wave pattern that travels southeastward along the gray-blue ocean surface and through the kelp beds is visible due to sunglint, the mirror-like reflection of sunlight off the water. The sunglint also improves the identification of the kelp beds by creating a different water texture (and therefore a contrast) between the dark vegetation and the reflective ocean surface.