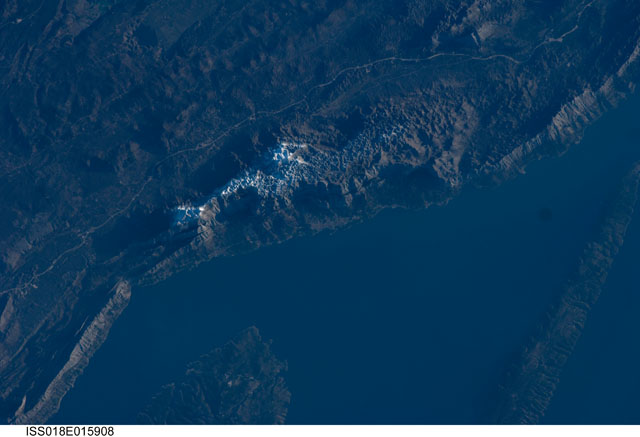 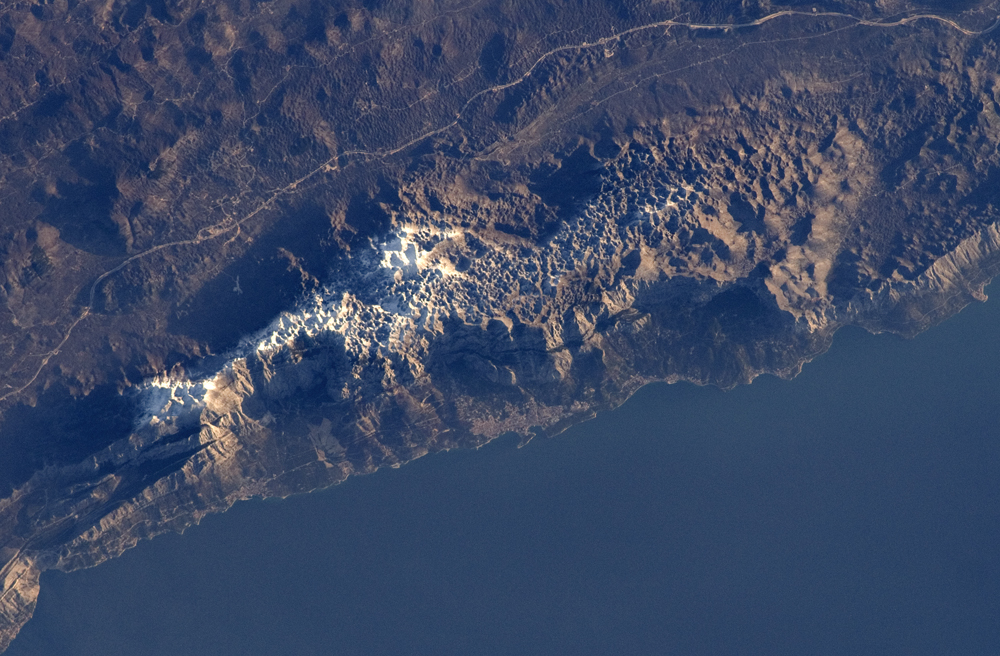 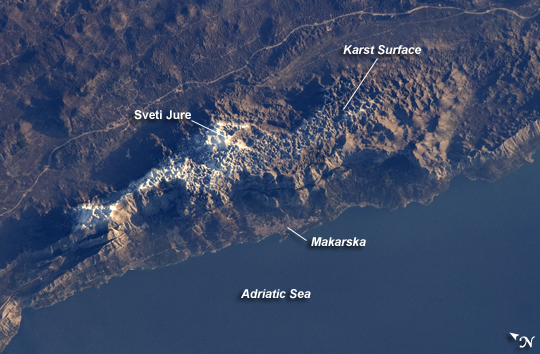 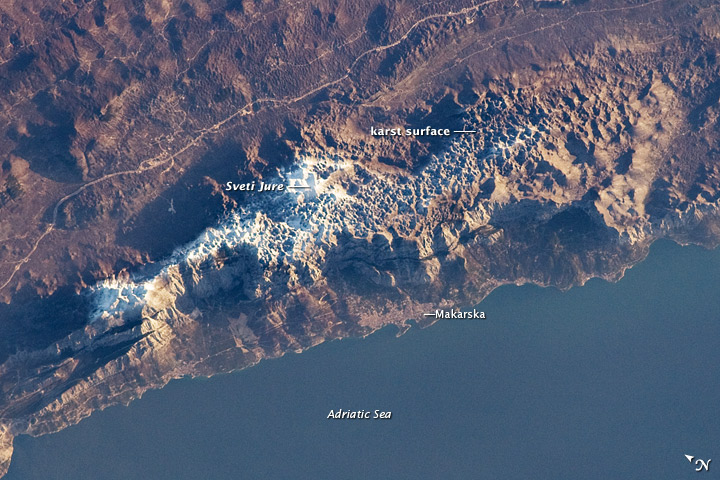 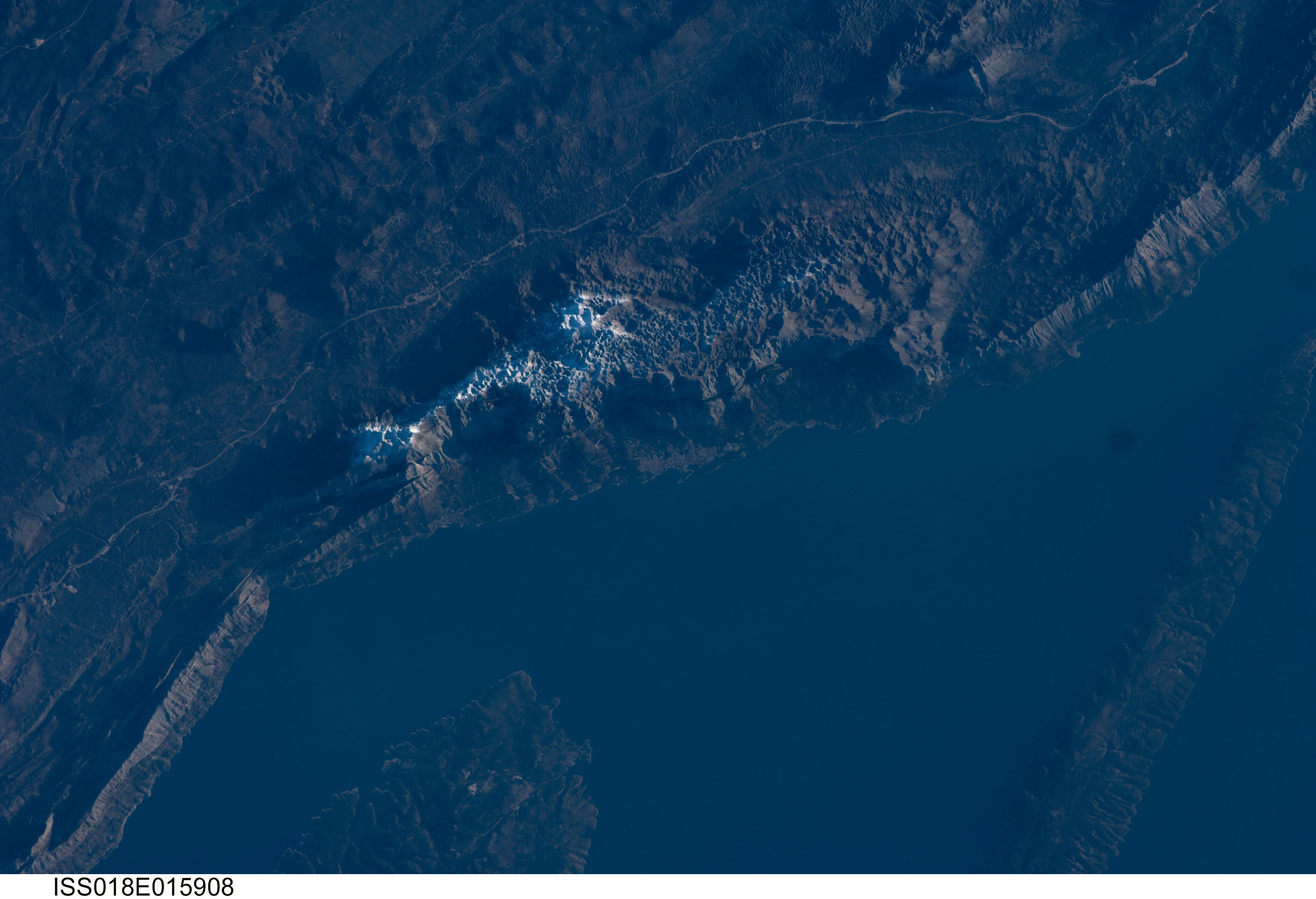 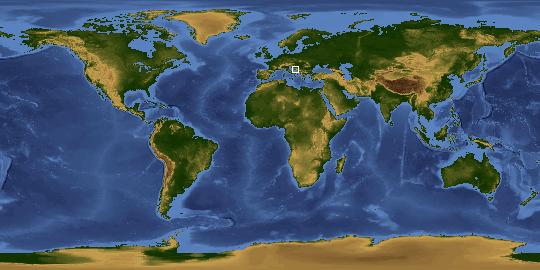 The Biokovo Range in Croatia is part of the Dinaric Alps that extend northwest-southeast along the coastline of the Adriatic Sea. The range itself is the location of a national park; the nearby city of Makarska, located between the mountains and the sea, is a popular tourist destination. The highest peak in the range is Sveti Jure (1,762 meters above sea level). The Biokovo Range is comprised mainly of Mesozoic-age carbonate rocks, primarily limestone, that were deposited in relatively warm, shallow waters. Later tectonic processes uplifted and exposed the carbonate rocks to erosion, leading to a distinctive geological surface known as karst topography.

Karst topography occurs when naturally occurring acids in surface and ground water dissolve the carbonate rocks. As the rock dissolves, underground networks of drainages and caves form. As more empty space develops underground, the overlaying rock and soil collapse to form a variety of landforms including sinkholes, blind valleys, and towers. In the Biokovo Range, much of the karst surface has a pitted appearance, easily visible in the early morning light in this astronaut photograph. The pitted appearance is produced by numerous circular or semi-circular collapse valleys known locally as vrtace. While this image captures Sveti Jure covered with snow, there are no glaciers or ice fields in the Biokovo Range.