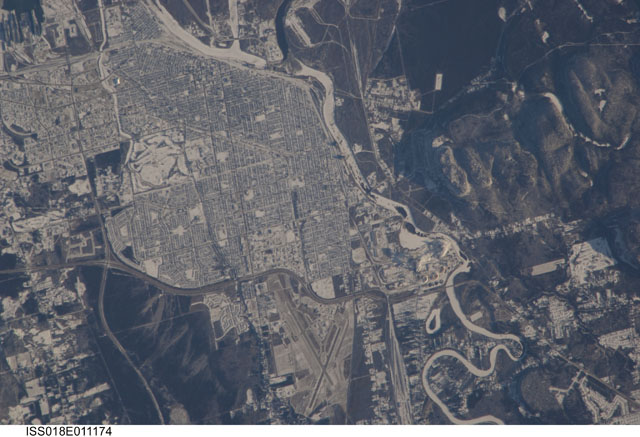 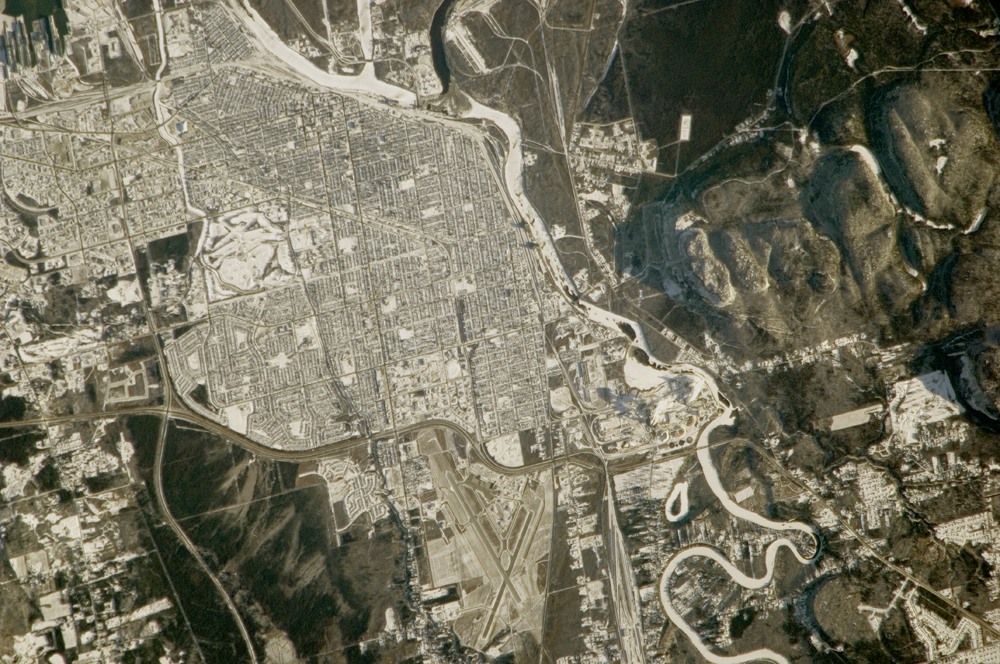 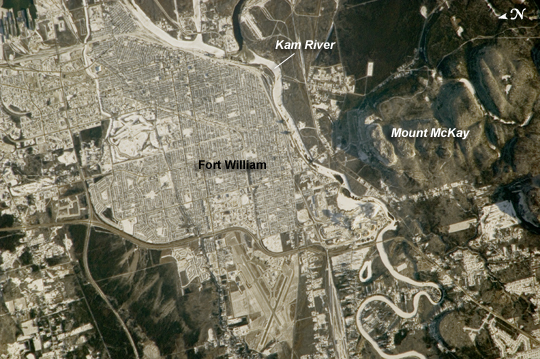 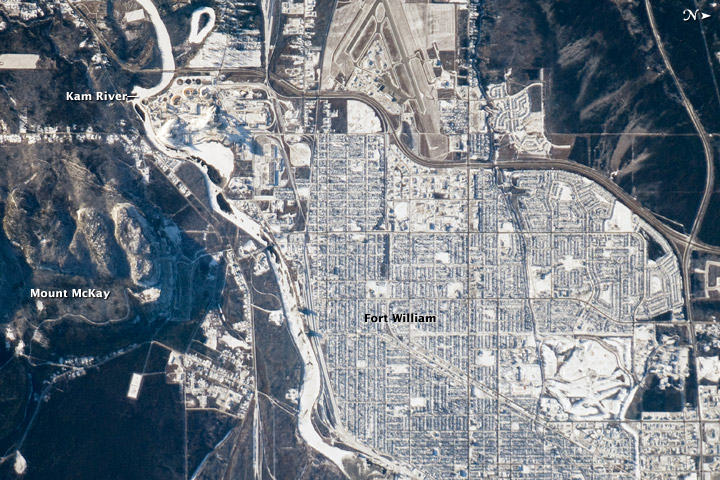 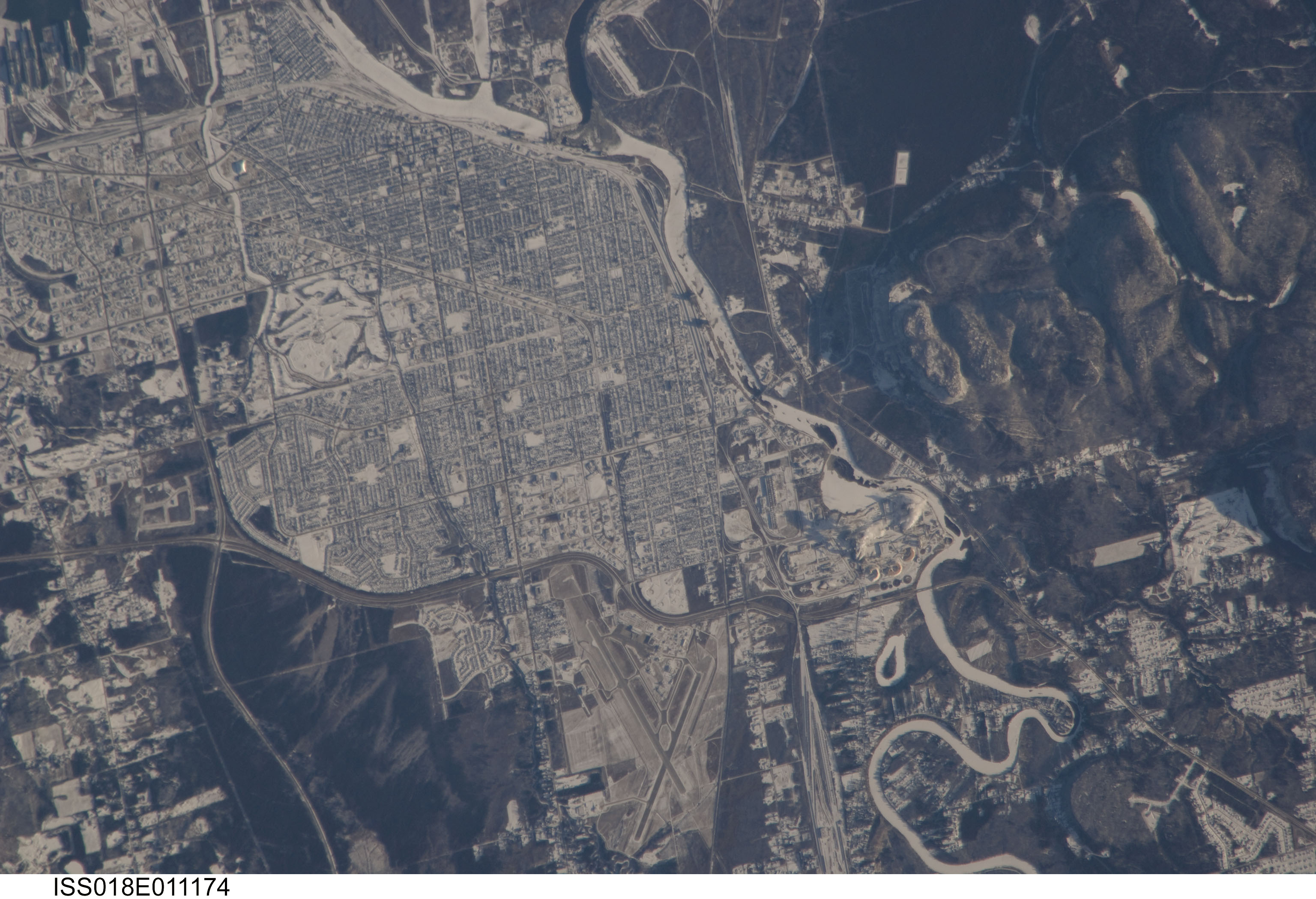 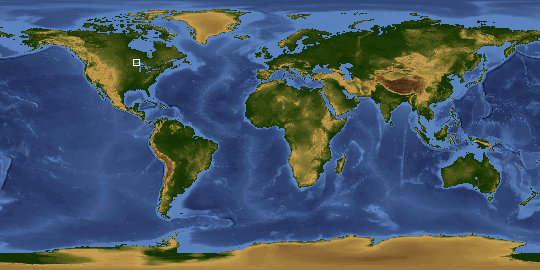 Located on the shores of Lake Superior (regional view), the metropolitan area of Thunder Bay is one of the largest in the Province of Ontario. It is also the major port providing access to the Great Lakes for central Canada's grain products. The city of Thunder Bay is relatively new; it was incorporated in 1970 by combining the cities of Fort William (shown in this astronaut photograph) and Port Arthur with the townships of Neebing and McIntyre. While the spread of separate municipalities into a larger contiguous metropolitan area is common (urban geographers call the process agglomeration), it is less common for distinct cities to merge into a new political entity.

This detailed astronaut photograph is centered on the older city of Fort William, in the southern portion of Thunder Bay. Winter snows outline the street grid of the city, while parks appear as roughly rectangular areas of unbroken white snow. Built materials (buildings, streets) appear light gray, while vegetated areas and the rock outcrop near Mount McKay are dark green to dark gray. The Kam River to the south of Fort William is ice-covered, and has an even covering of snow that traces the river channel.