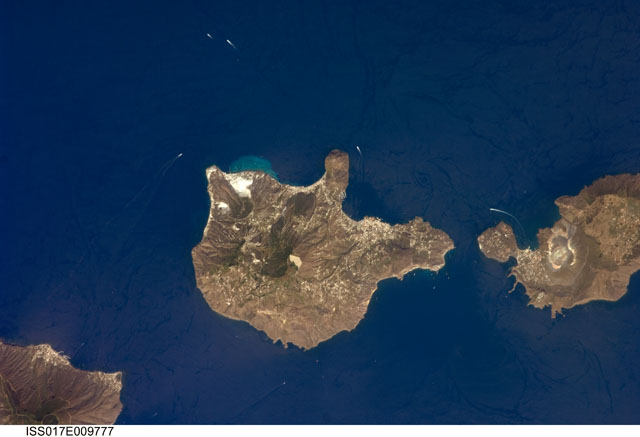 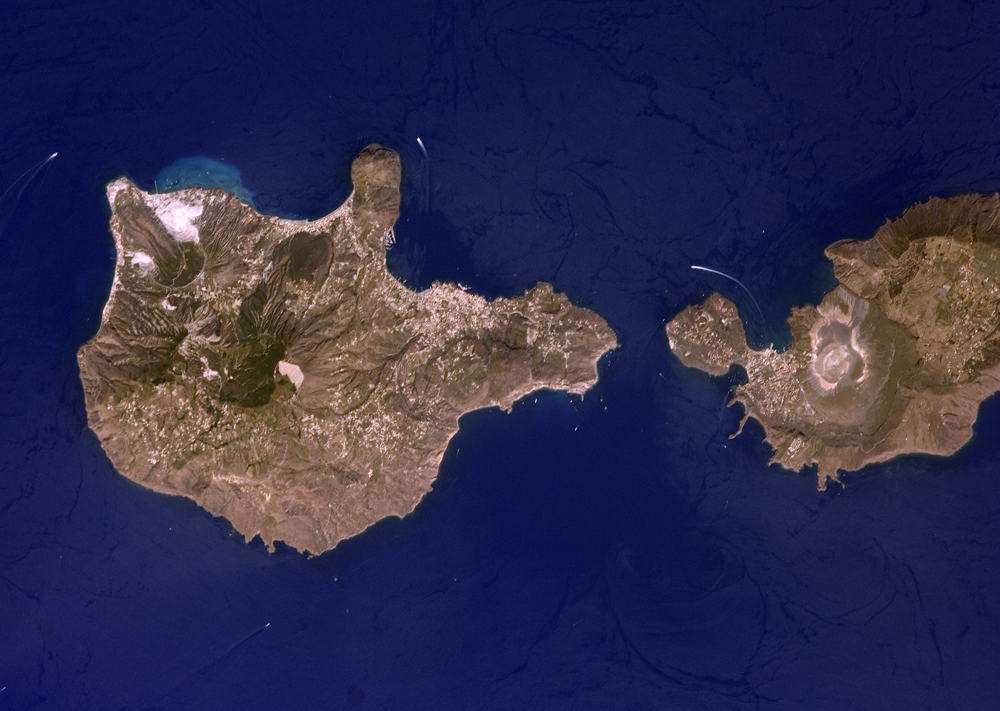 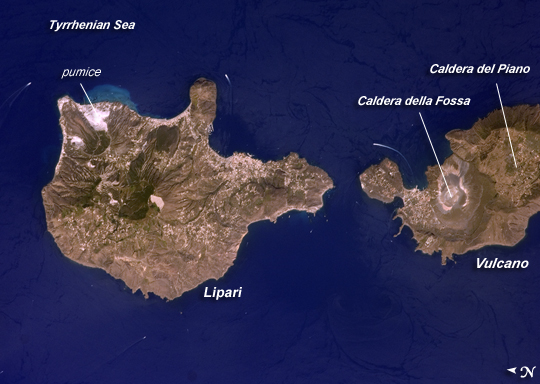 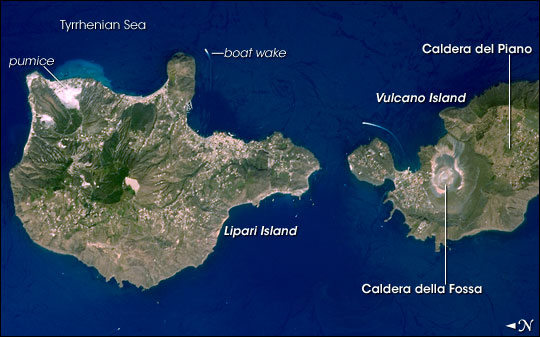 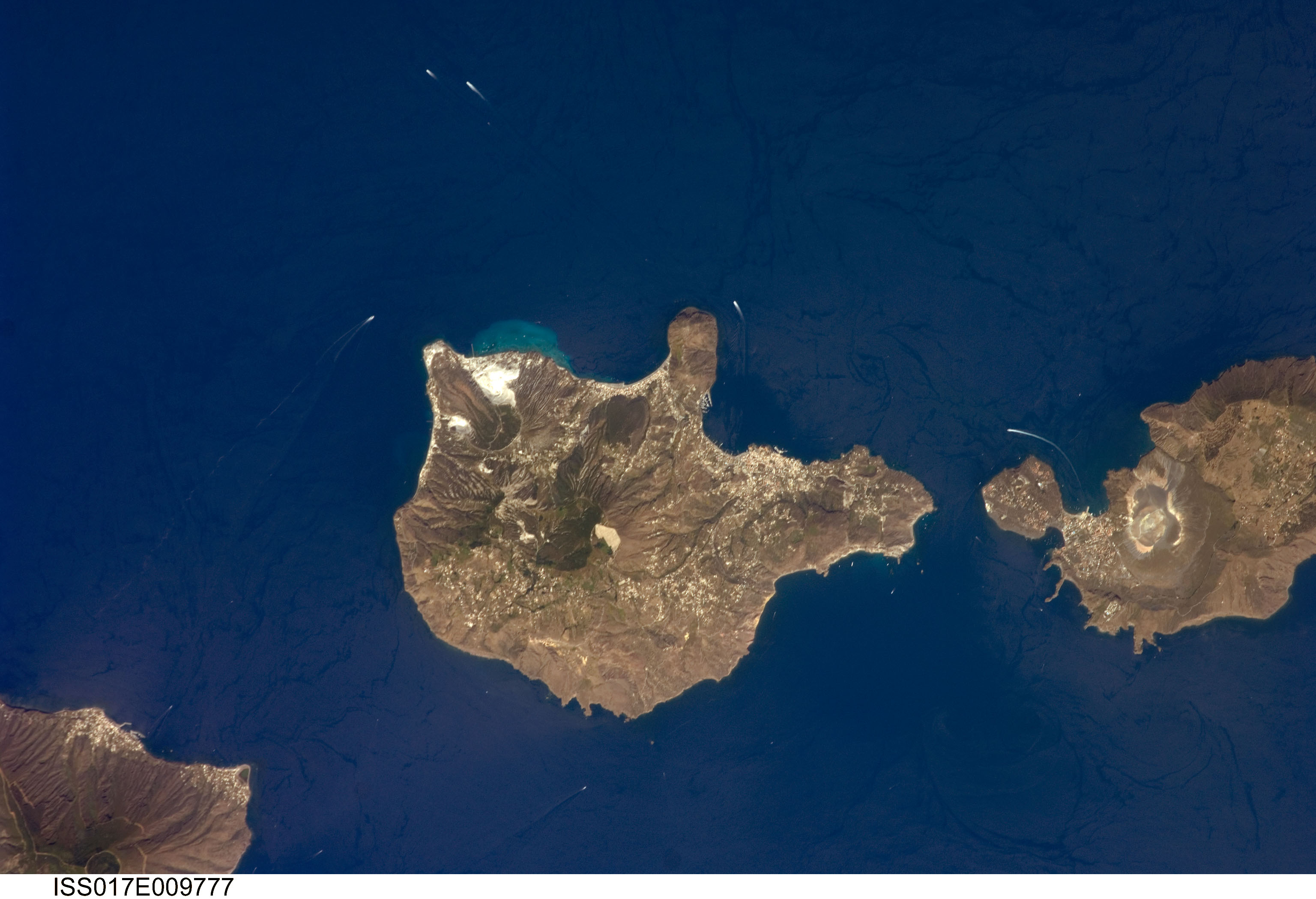 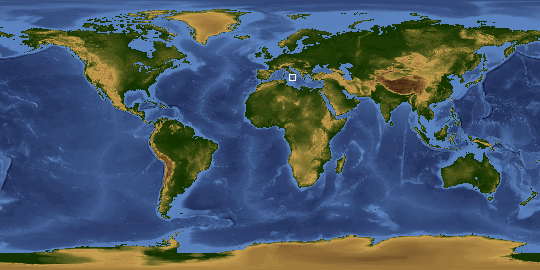 The Aeolian Islands formed from a chain of volcanoes in the Tyrrhenian Sea north of the island of Sicily. Geologists and volcanologists have studied the islands since the eighteenth century, and the United Nations Educational, Scientific, and Cultural Organization (UNESCO) declared them a World Heritage Site in 2000 because of their value to the study of volcanic processes. Two types of volcanic eruption, Vulcanian and Strombolian, were defined based on study and observation of geologic processes on the islands of Vulcano (image right) and Stromboli (not shown).

This detailed astronaut photograph features Lipari Island and the northern portion of Vulcano Island. Tan, speckled areas on both islands are urban areas and towns. Lipari is the largest of the Aeolian Islands, and it is a popular tourist destination due to its rugged volcanic topography and beaches (several boat wakes are visible around the islands). White pumice beaches and caves are located along the northern and northeastern coastlines of Lipari; black sand beaches derived from lava flows can also be found on the island. The most recent eruptive activity on Lipari took place from approximately AD 580-729.

Vulcano Island is comprised of two calderas--large craters formed when explosive eruptions empty a volcano's magma chamber, and the overlying material collapses into the resulting void. Caldera della Fossa occupies the north, and Caldera del Piano occupies the south. The volcanic cone of La Fossa, located within the Caldera della Fossa, has been the site of much of the historical eruptive activity on the island. The last eruption on Vulcano Island took place during 1898-1900.