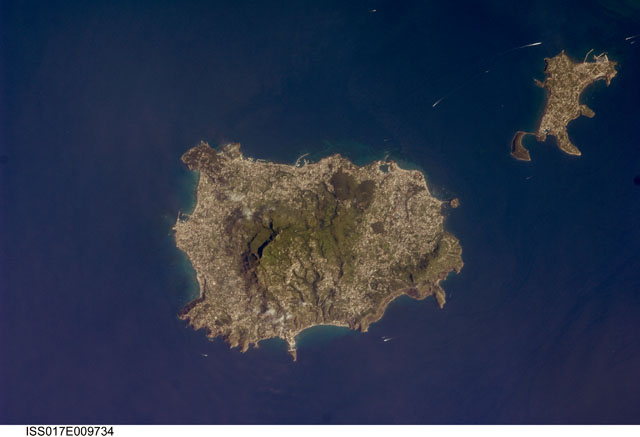 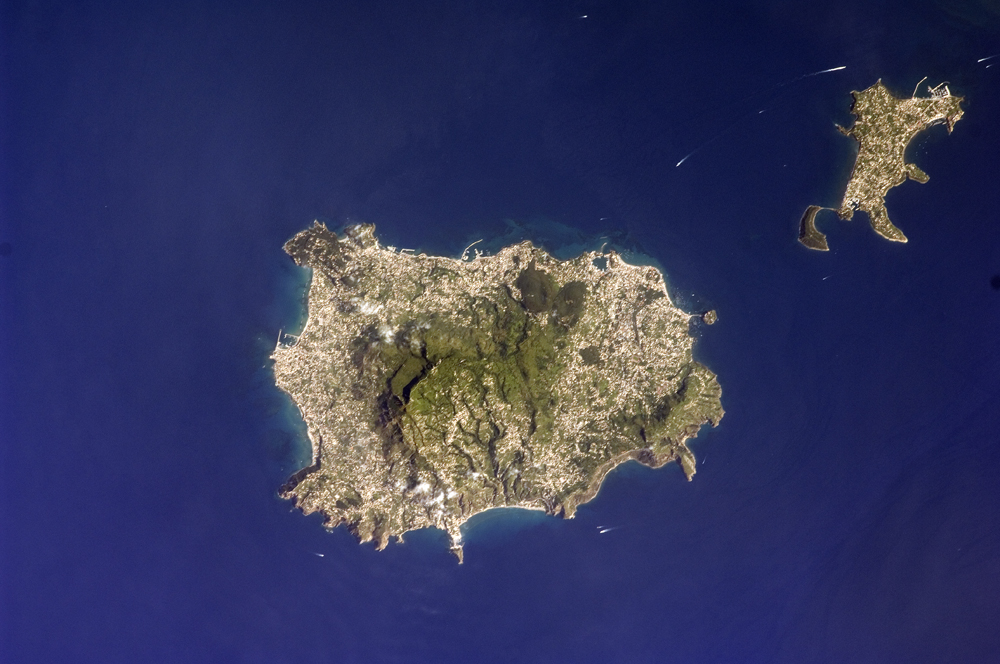 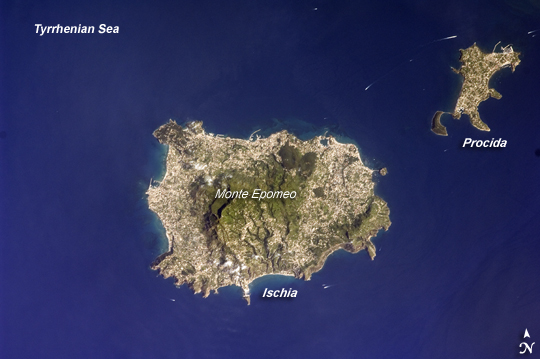 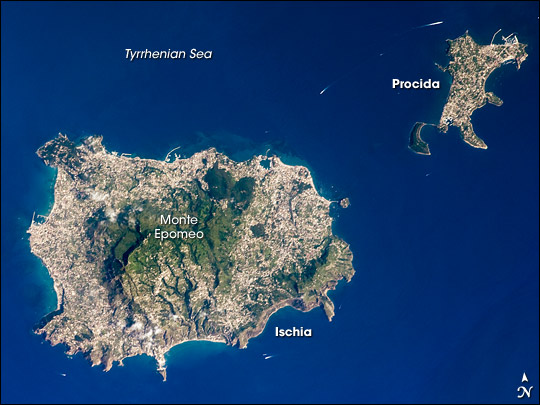 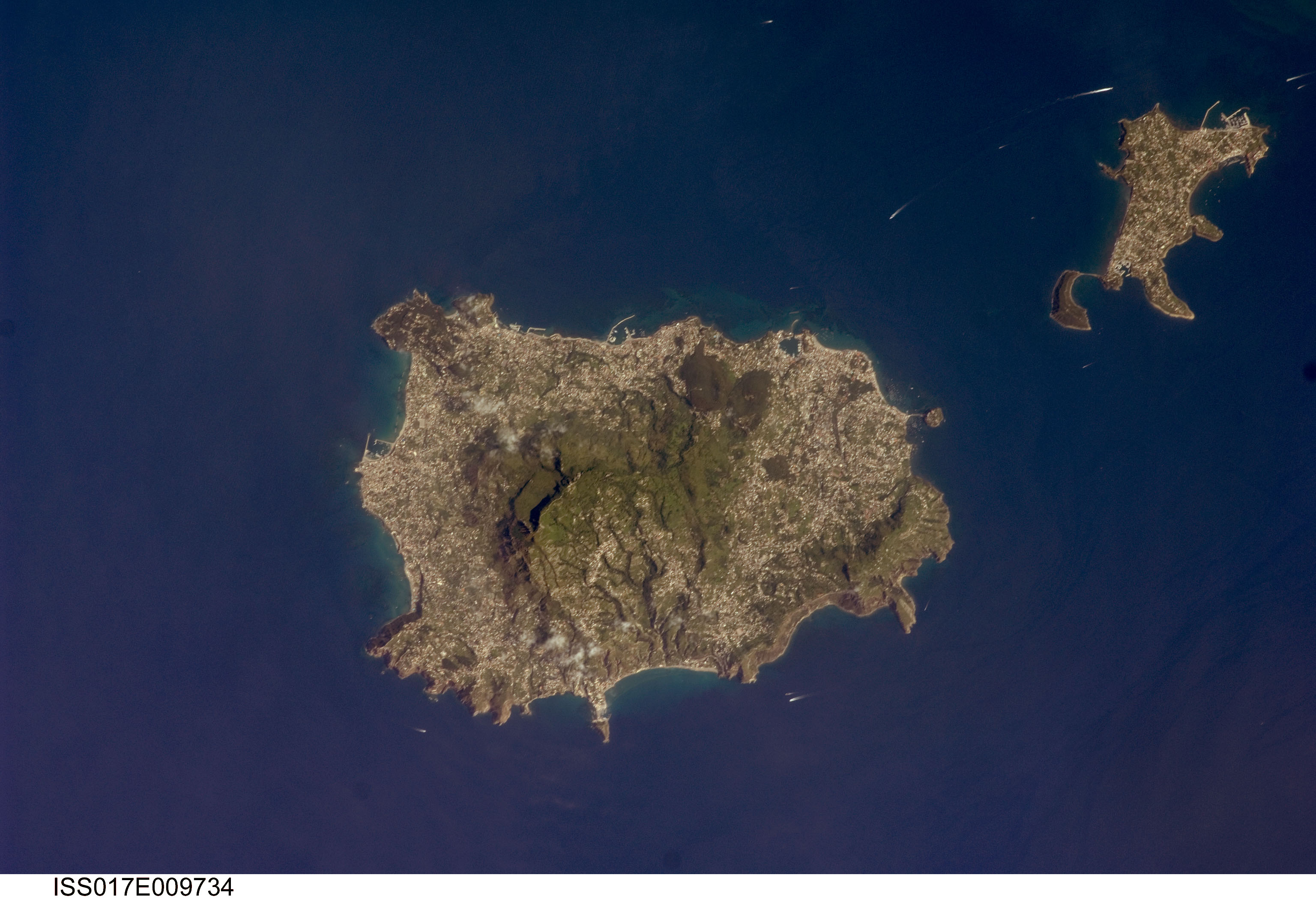 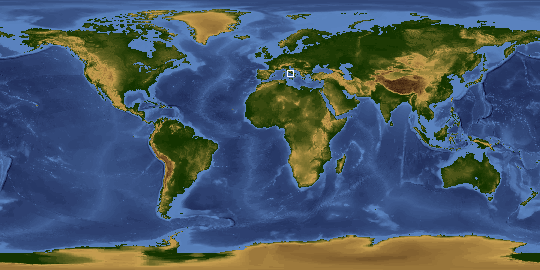 The island of Ischia is approximately 30 kilometers southwest of Naples, Italy, in the western Bay of Naples (part of the Tyrrenhian Sea). While the island's rocks are volcanic in origin, much of the island's geology and current topography is characterized by blocks of uplifted rock (horst) and sunken areas (grabens) between weak spots or cracks in Earth's crust (faults). For example, the highest point on the island of Ischia is Monte Epomeo (789 meters). The mountain is not a volcanic cone, but rather is composed of erupted materials that were later uplifted by faulting.

The green slopes of Monte Epomeo are enclosed by urban development (light grey speckled areas) that rings the island. The last volcanic activity on Ischia took place in 1302. The neighboring island of Procida (top right) was formed from the same magma sources as Ischia, and likely shared the same volcanic "plumbing system." Today, Ischia is a popular tourist destination due to its hot springs, hot mud baths, and the hiking opportunities afforded by Monte Epomeo. Several boat wakes are visible around both islands in this astronaut photograph.