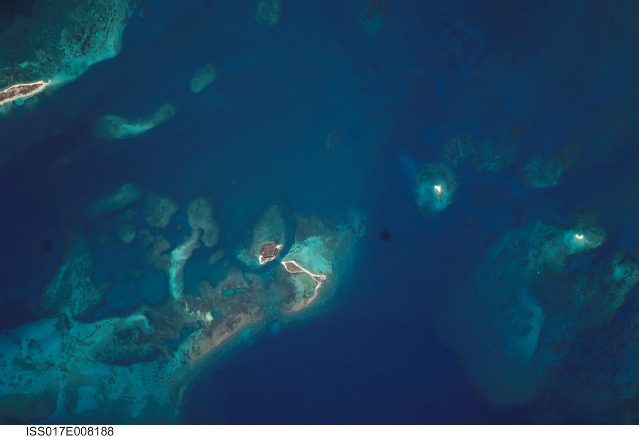 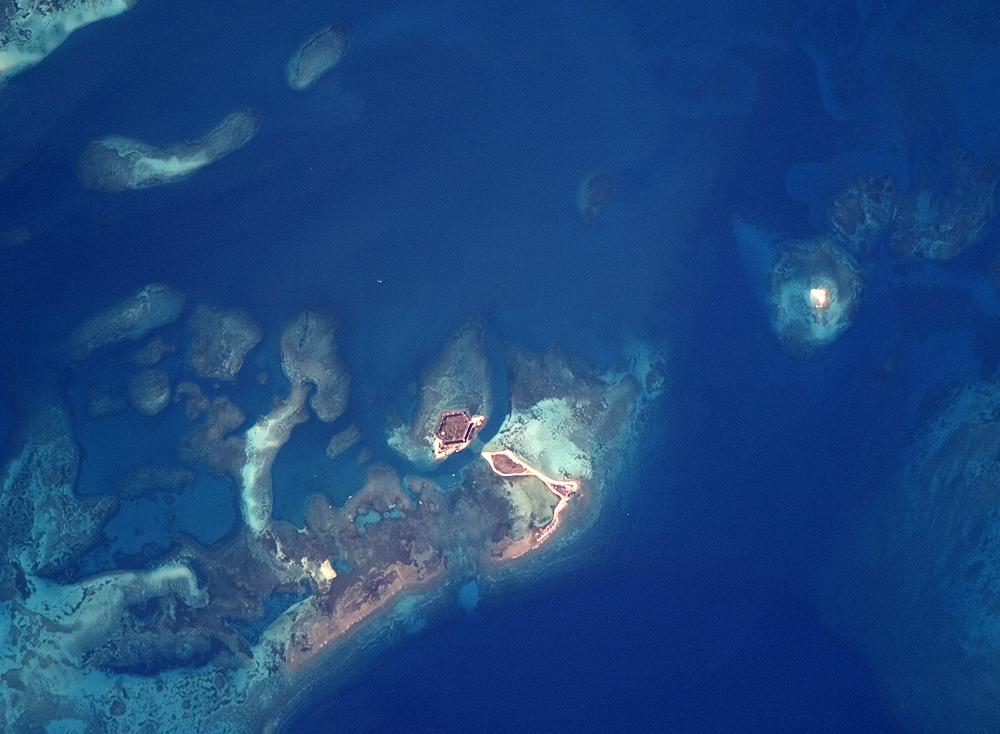 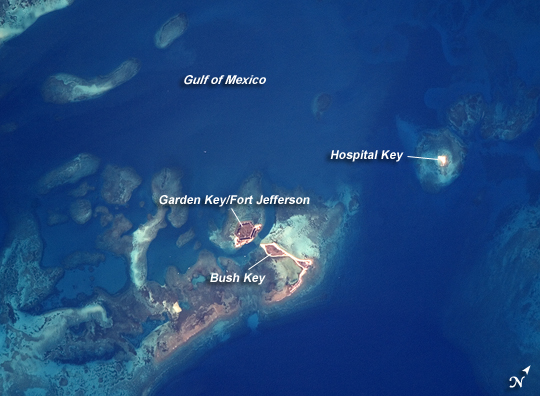 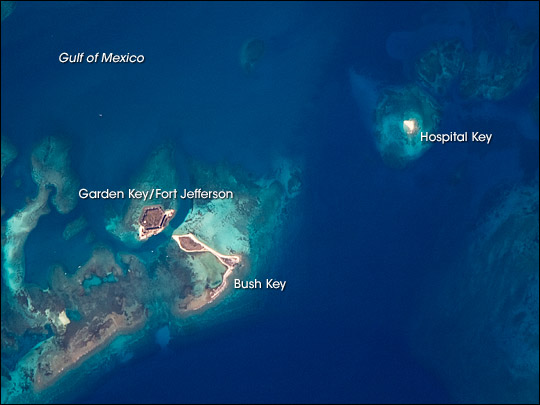 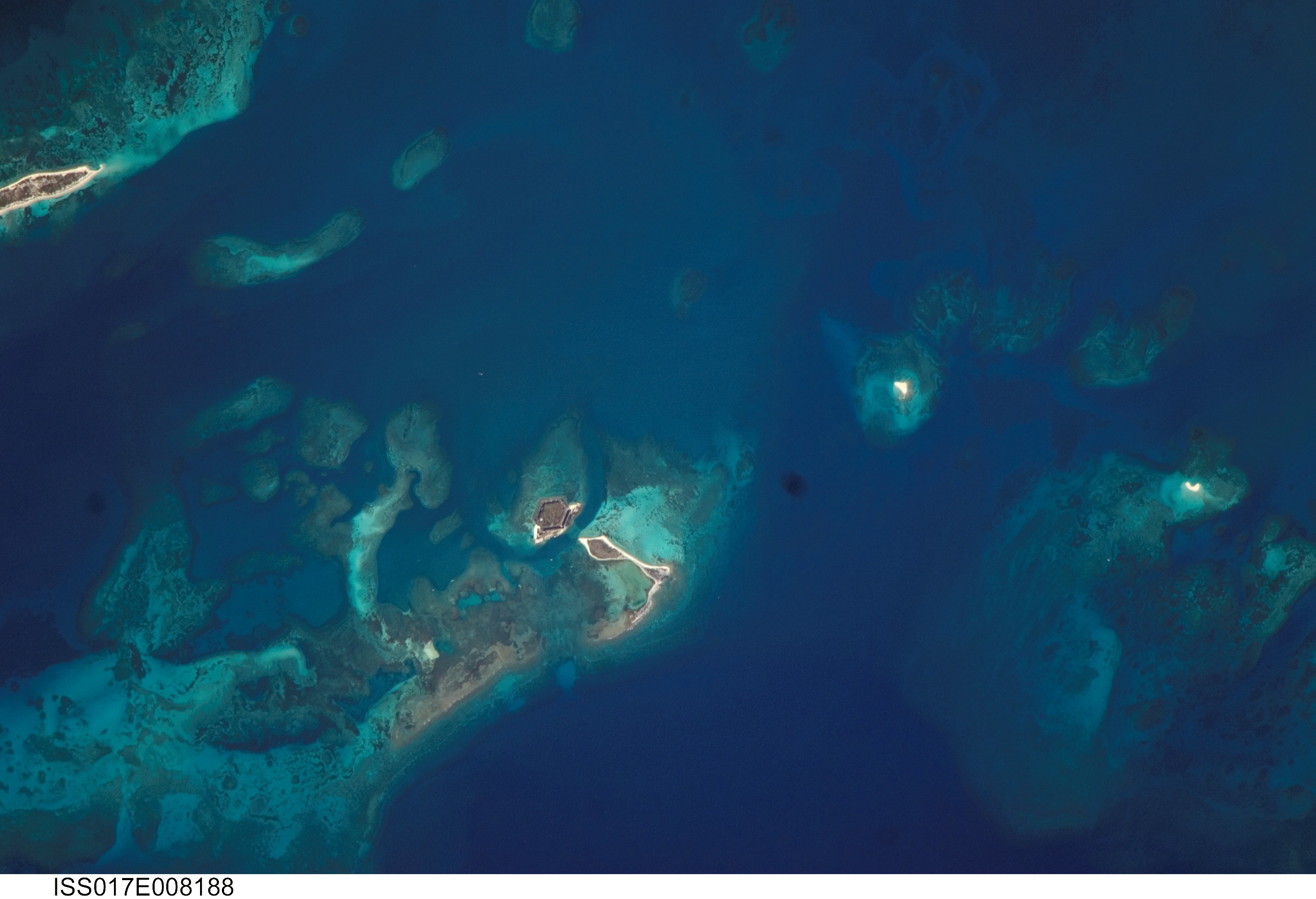 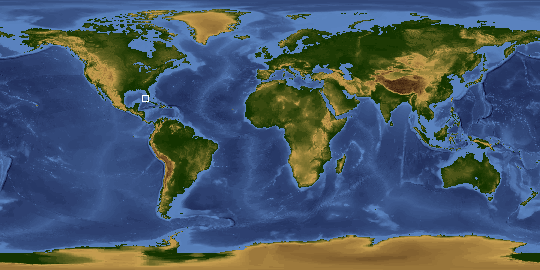 The Dry Tortugas are a group of islands located approximately 75 miles west of Key West, Florida; they form the western end of the Florida Keys in the Gulf of Mexico. Like the Keys, the Dry Tortugas are formed primarily of coral reefs that overlie older limestone formations. The islands became known to Europeans as the "Dry Tortugas" upon discovery by Ponce de Leon in 1513. Tortugas means "turtles" in Spanish, and the islands are "dry," as no fresh water is found on them. From the air, the islands present an atoll-like arrangement, however no central volcanic structure is present. The islands are only accessible by boat or seaplane; they have been designated the Dry Tortugas National Park.

This astronaut photograph highlights three islands in the group: Bush Key, Hospital Key, and Garden Key, which is the site of Fort Jefferson. Fort Jefferson is a Civil War-era fort, perhaps most notable for being the prison of Dr. Samuel Mudd, who set the broken leg of John Wilkes Booth following Booth's assassination of President Lincoln. The fort itself is currently undergoing extensive restoration to prevent collapse of the hexagonal outer walls (image left). The islands stand out due to brown and light tan carbonate sands visible above the Gulf of Mexico water surface. Light blue-green irregular masses in the image surrounding the islands are coral reef tops visible below the water surface.