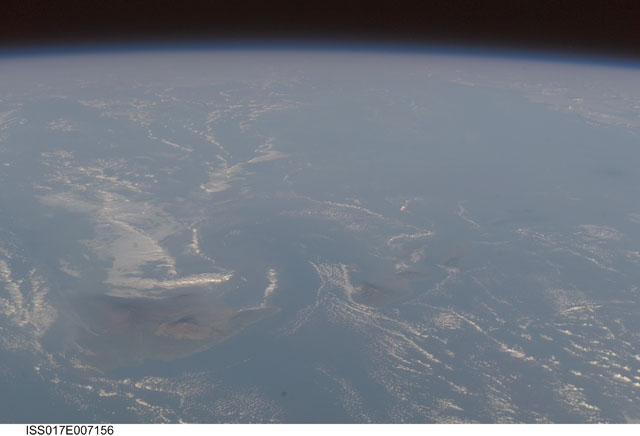 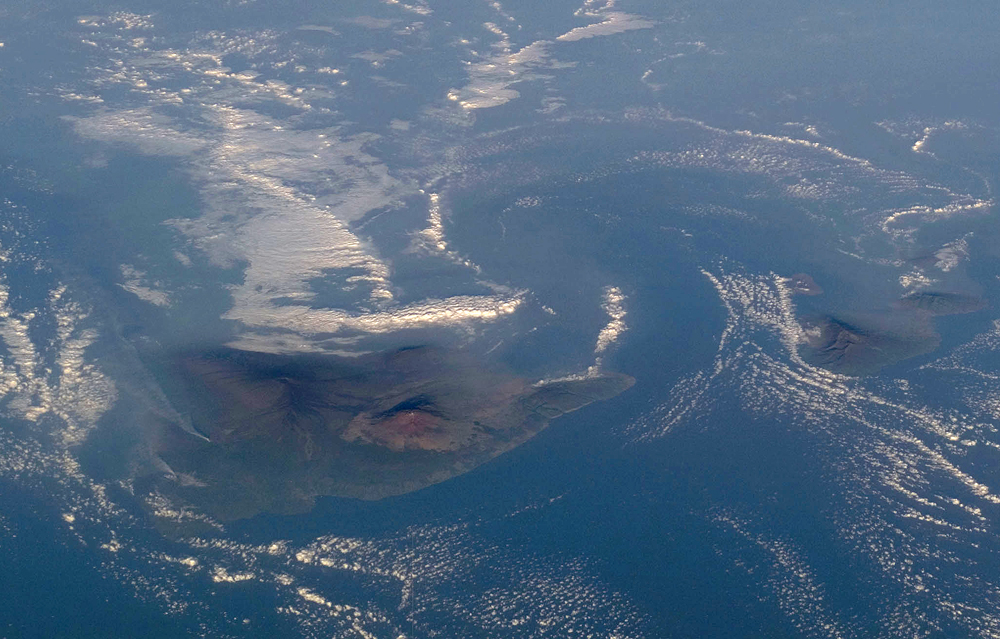 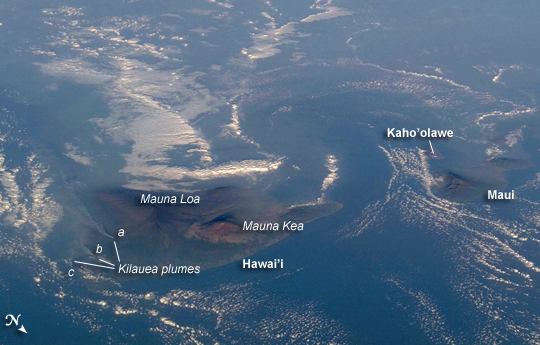 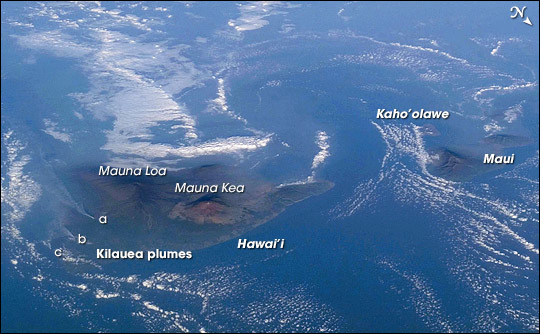 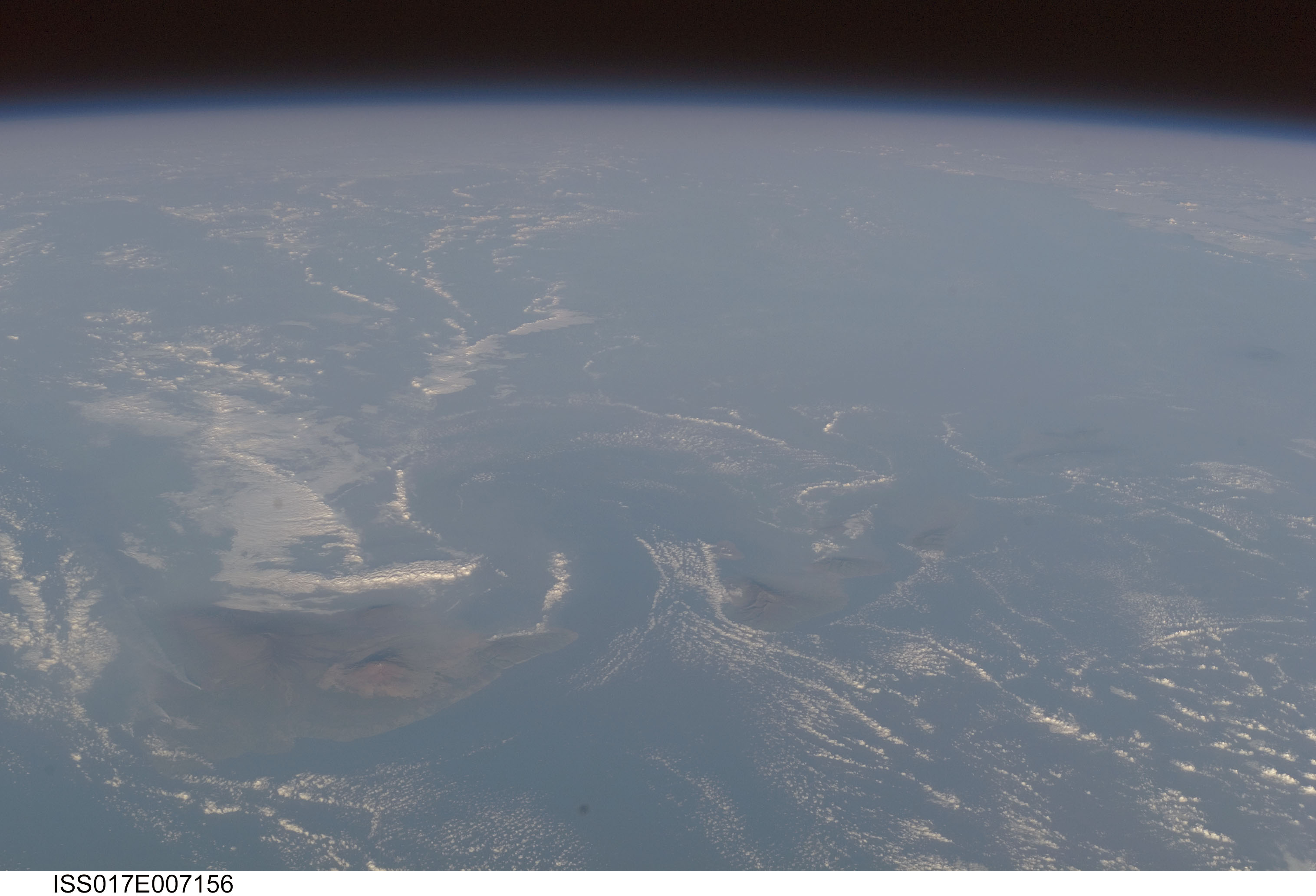 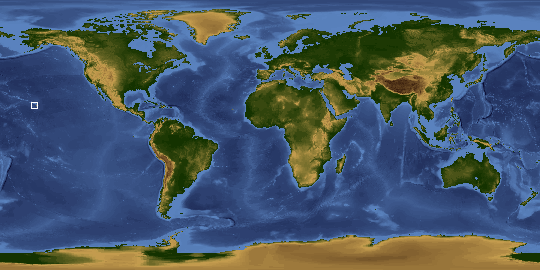 For 25 years, Kilauea volcano on Hawai'i's Big Island has been erupting continuously. Recent explosive activity that started in March 2008 produced increased emissions of sulfur dioxide. These emissions result in a widespread caustic volcanic fog--known as vog--that, depending on local winds, drifts as much as 200 miles up the volcanic chain, burning throats and eyes and inducing asthma attacks as far away as Honolulu, on the island of Oahu.

An oblique view (the astronaut was looking towards the southwest, rather than straight down) of the Hawaiian Islands taken from the International Space Station on a hazy spring day includes a regional view of three volcanic plumes from Kilauea that contributed to the vog: the plume from Halema'uma'u crater near the summit (a), a plume from Pu'u O'o vent along the east rift (b), and a plume from where lava enters the ocean on the coast outside of the park boundaries (c). At the time this image was taken, doctors throughout the state of Hawaii were reporting an increased caseload of people with respiratory problems.

Aside from the vog, this image captures cloud formations that reveal the large-scale air flow and the local wind patterns around the islands. The parallel lines of clouds aligned roughly northeast to southwest indicate the direction of the region's prevailing trade winds. That flow is disrupted around the islands (between Hawai'i and Maui, image right), and it is further influenced by the local land-sea breeze, which at that time had driven the cloud formations offshore and caused them to circle the islands. In addition to the Kilauea plumes, the volcanoes of Mauna Loa and Mauna Kea are also visible on the island of Hawai'i (image center). The uninhabited island of Kaho'olawe is just visible to the southwest of Maui.