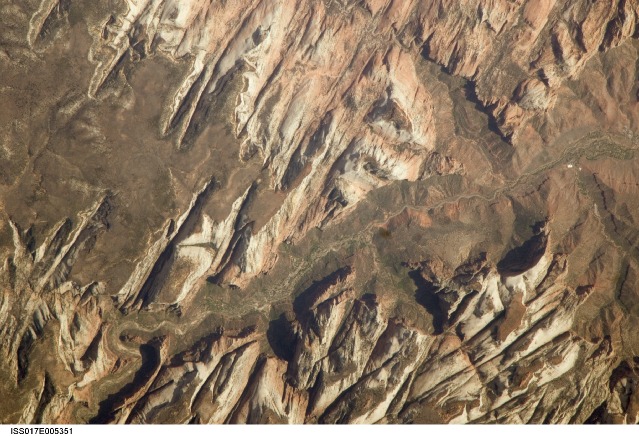 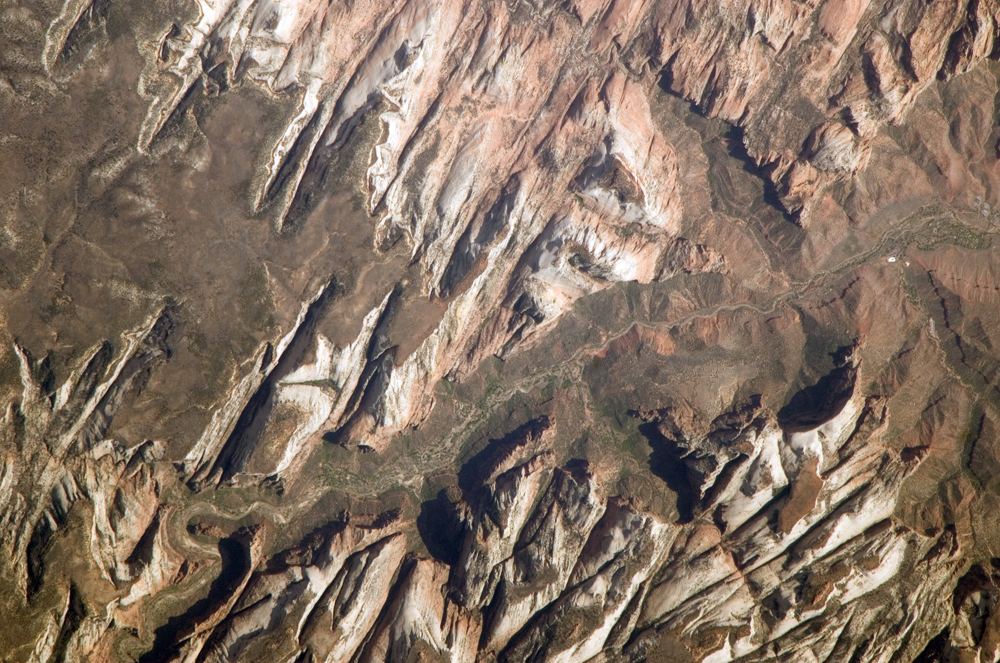 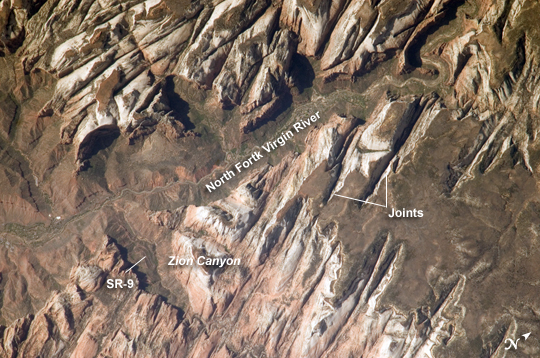 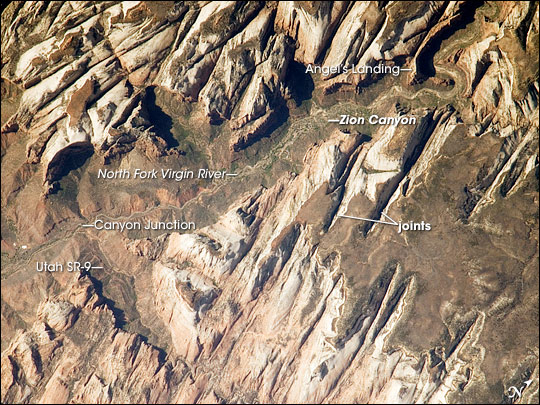 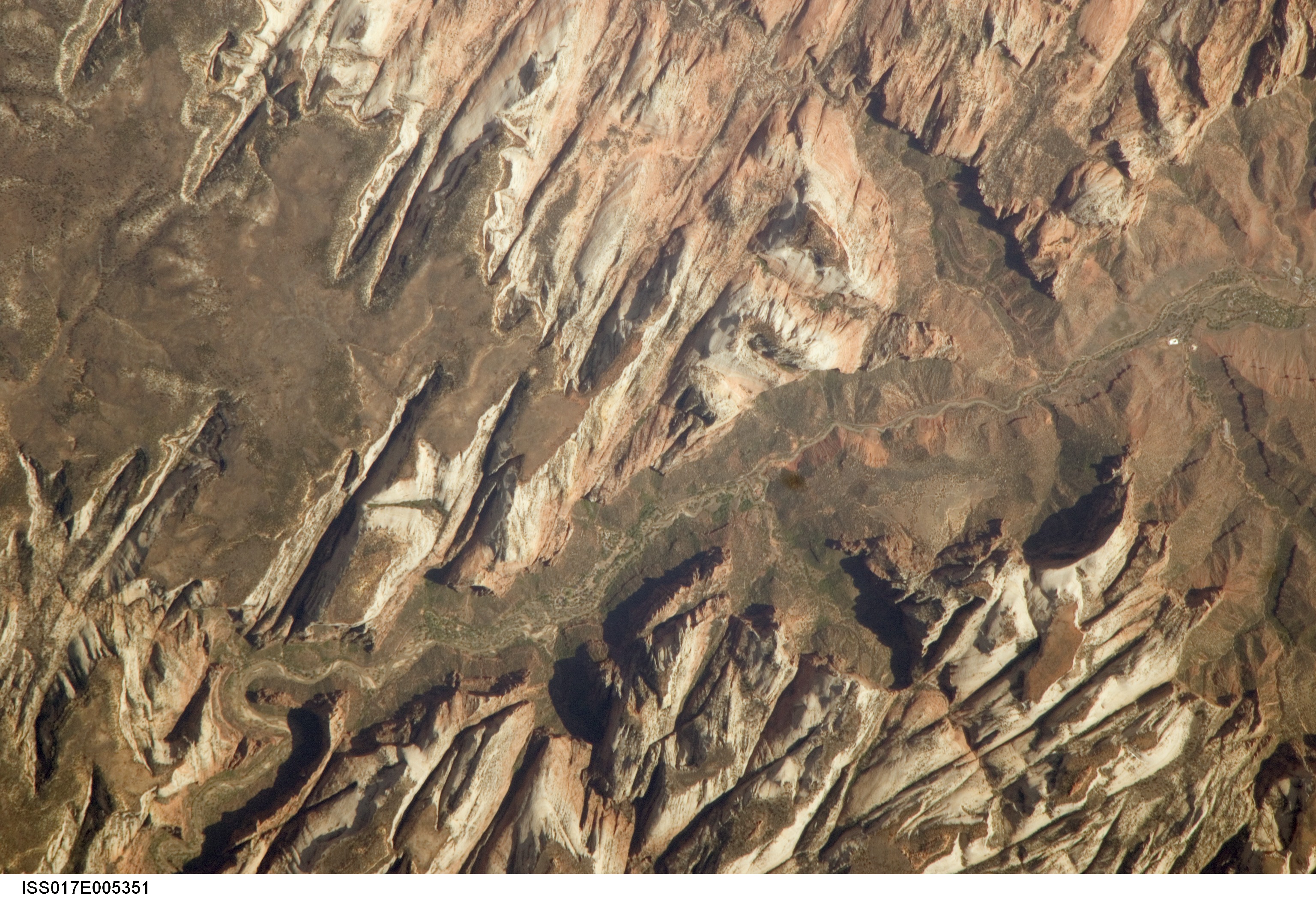 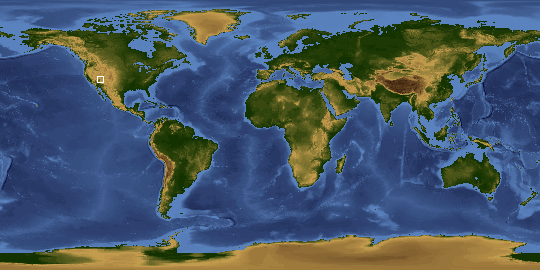 Zion National Park is located in southwestern Utah, along the western margin of the Colorado Plateau. The park was established in 1919, after roadway improvements in southwestern Utah allowed access to the preceding Mukuntuweap National Monument (1909), located in Zion Canyon. The towering cliffs bounding the North Fork of the Virgin River are formed mainly of tan to light pink Navajo Sandstone, the remains of a sand dune sea that covered the area during the early Mesozoic Era, nearly 200 million years ago. At that point in its history, the Zion region would have looked much like the present-day Sahara Desert.

Younger, brown rock that caps the Navajo Sandstone (image right) records how the environment fluctuated between shallow seas and deserts. This high-resolution astronaut photograph illustrates the incised nature of the bedrock in the park. The long linear features are fractures in the rock-joints--caused by tectonic stresses. The mainly north-northwest trending joints channel water runoff, and they appear to be the main factor that determined the present canyon network.

While the park is perhaps best experienced by hiking, backpacking, or biking, Utah State Route 9 (SR-9) provides automobile access up the side of Zion Canyon. The road is visible in the astronaut photograph as a thin brown line climbing the south wall of the canyon (lower left; more obvious in the large image). Access to the rest of the park is provided by a shuttle bus system instituted in 2000 to reduce vehicle noise, improve air quality, and improve wildlife habitat.