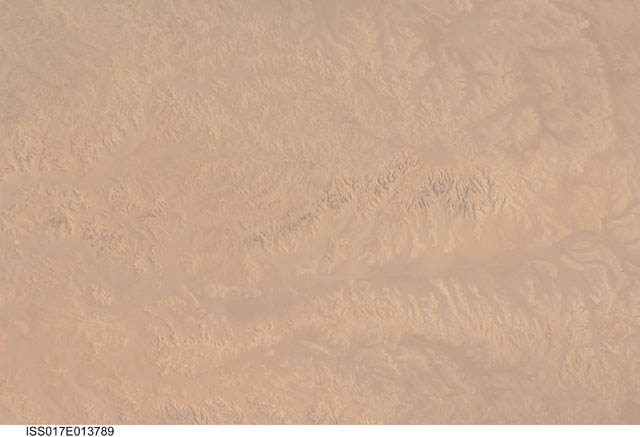 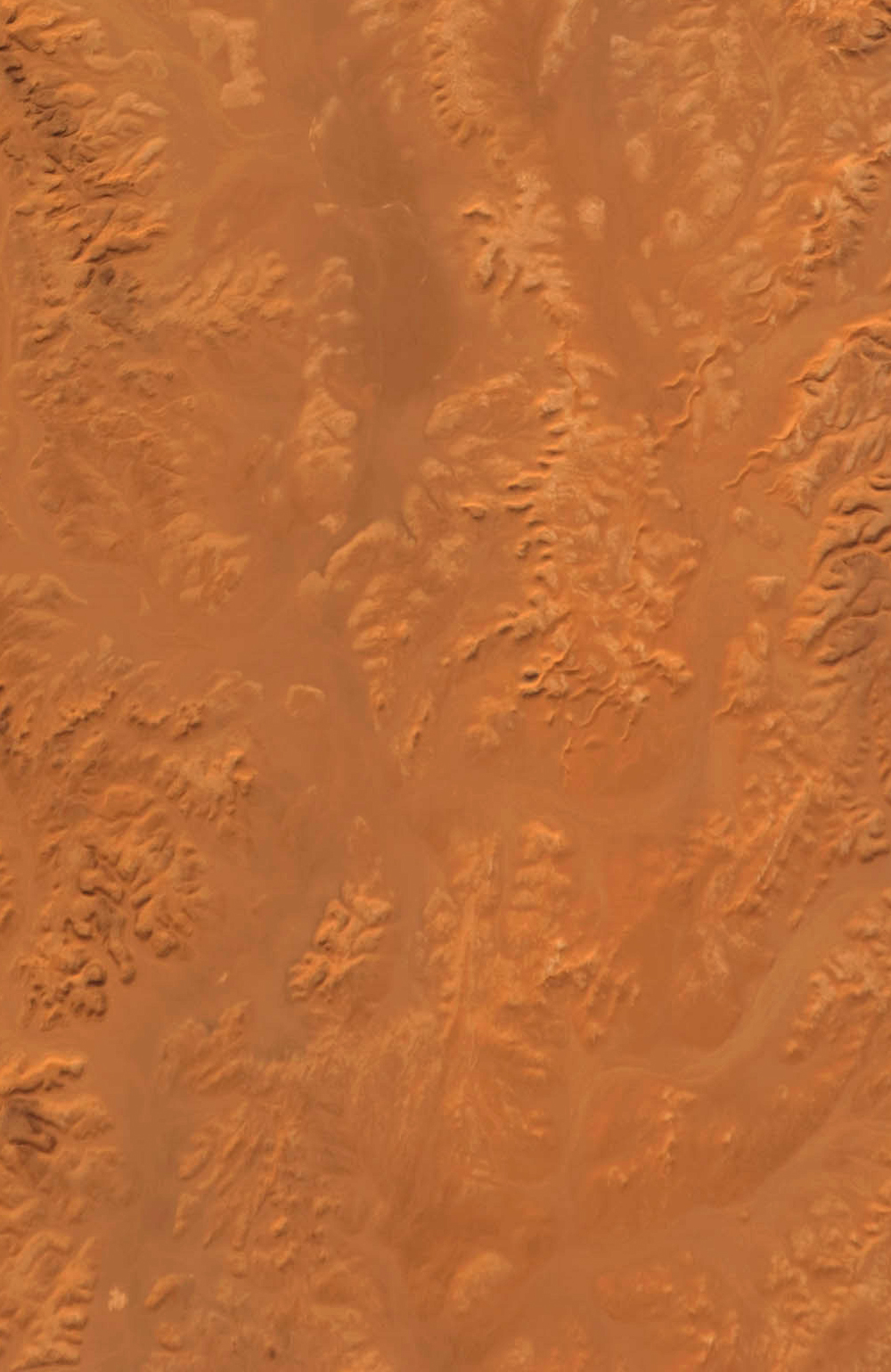 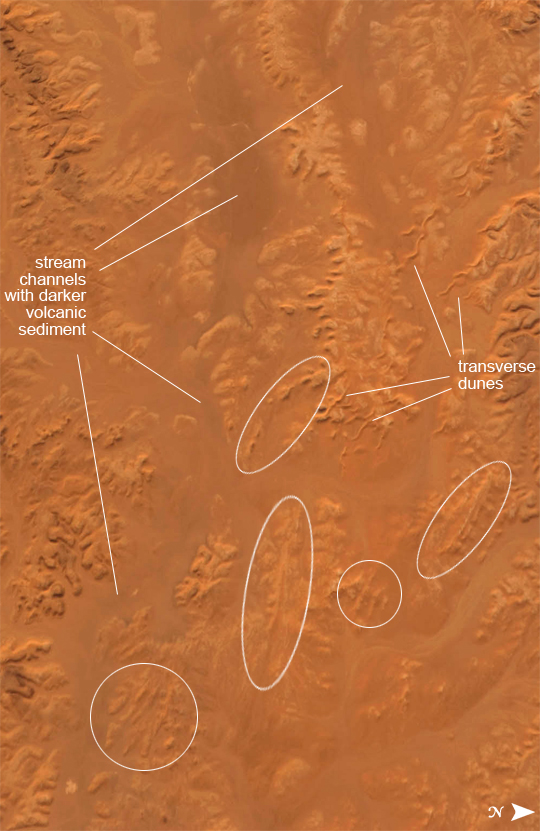 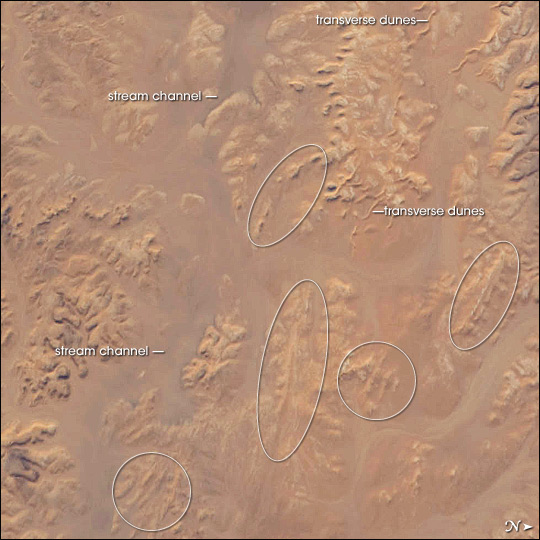 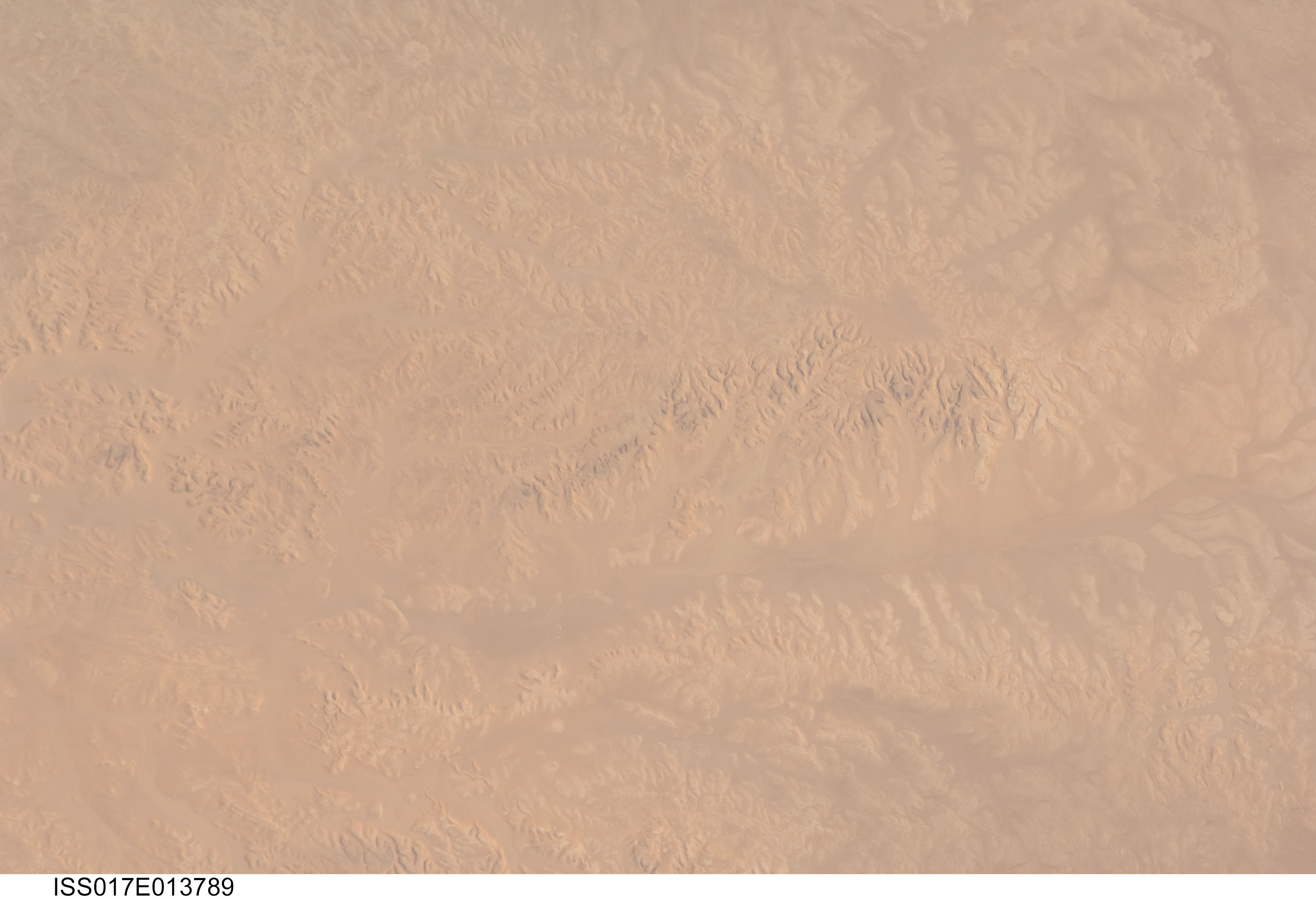 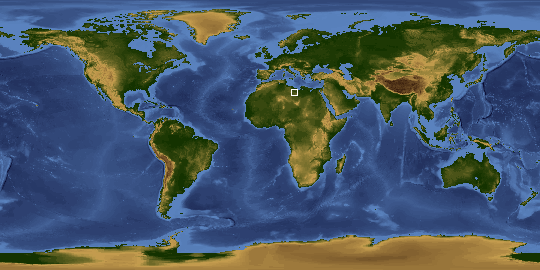 This detailed astronaut photograph shows the classic patterns of an eroded desert landscape, about 300 kilometers (190 miles) south of Libya's Mediterranean coast. Widespread indented patterns are low escarpments and stream terraces generated by stream erosion--on those few occasions in any decade when enough rain falls for streams to flow. The only areas where sediment is being deposited are the streambeds, which appear in this image as sinuous zones with a distinct component of black minerals. These minerals give the streambeds a darker color than adjacent low escarpments (image top left and lower left). The sediment comes from a volcanic landscape immediately upstream to the west.

Other stream-generated features are several relict stream banks (indicated by ovals); one area even preserves both (parallel) banks of the original stream (far right oval). The ancient stream banks were cemented by minerals such as calcium carbonate and gypsum, introduced by the streams when they were active, probably during wetter climates in the past 2 million years. Relict stream courses show prior positions of streams, and help tell the region's paleoclimate story. They also provide Earth analogs for similar features on Mars.

The lack of vegetation is the first indication of the great aridity of the region, but sand dunes also appear as sinuous lines oriented perpendicular to the dominant northeasterly wind direction (transverse dunes). If the dominant wind direction remains the same, these transverse dunes would be expected to move further to the southwest over time (towards the top left). Some of the dunes cross the river courses, showing how seldom the rivers flow.