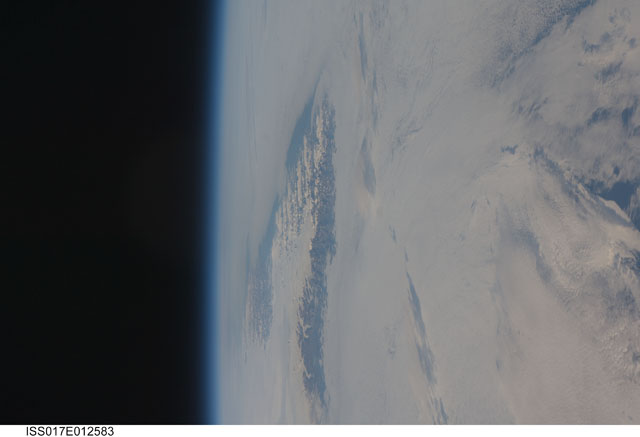 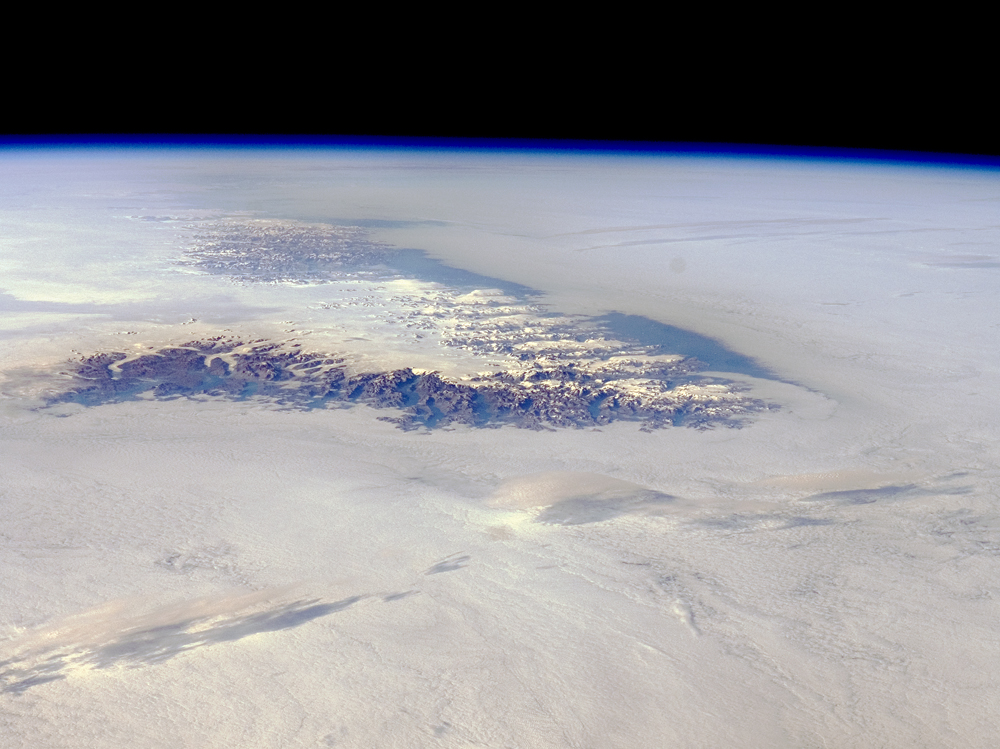 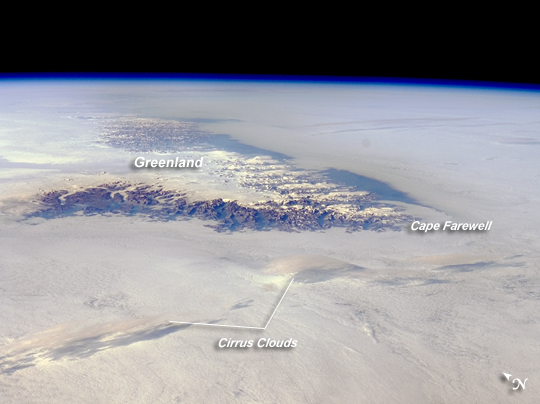 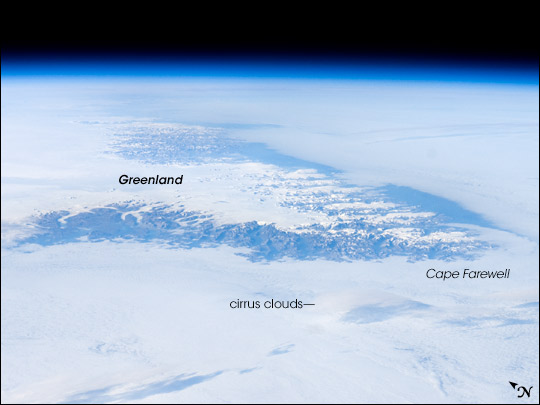 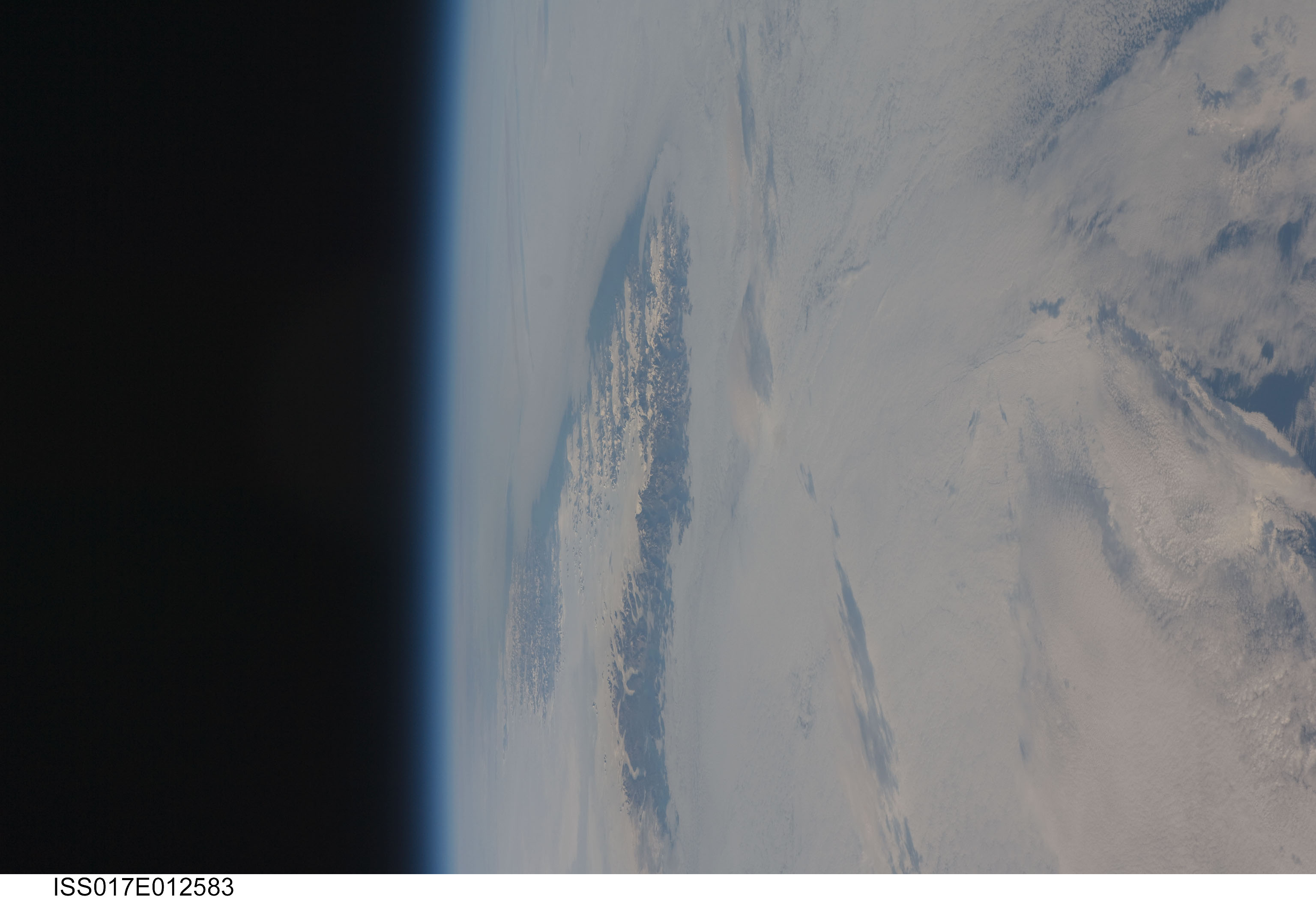 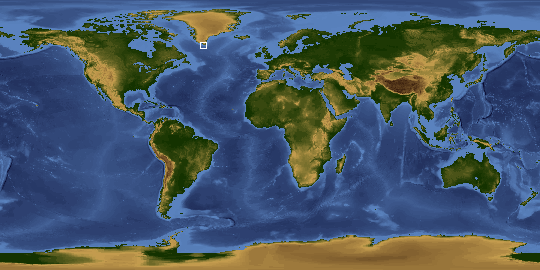 Greenland is the world's largest island, with an area of over 2 million square kilometers; however, much of the island is covered by an ice cap that can reach thicknesses of 3 kilometers. This astronaut photograph illustrates the southernmost tip of Greenland, known as Kap Farvel in Danish and Nunap Isua in Inuit. The viewing direction is towards the northeast; the image was taken when the International Space Station was located near its most northerly orbital latitude of 52 degrees. The northern coast of Newfoundland was approximately 1,160 kilometers to the southwest.

The image is highly oblique--taken from an angle looking outwards from the ISS, rather than straight down towards the Earth--and this perspective provides a sense of topography along the southern edge of Greenland. The exposed dark grey bedrock along the southwestern coastline has been carved by glaciers into numerous fjords, steep-sided valleys that drain directly into the ocean. The white cloud cover surrounding the island likely mingles with some sea ice and icebergs calved from glaciers. A band of high-altitude cirrus clouds (light grey) casts shadows on the lower stratus cloud deck in the lower third of the image. The thin blue layer of Earth's atmosphere is visible spanning the top third of the image from left to right.