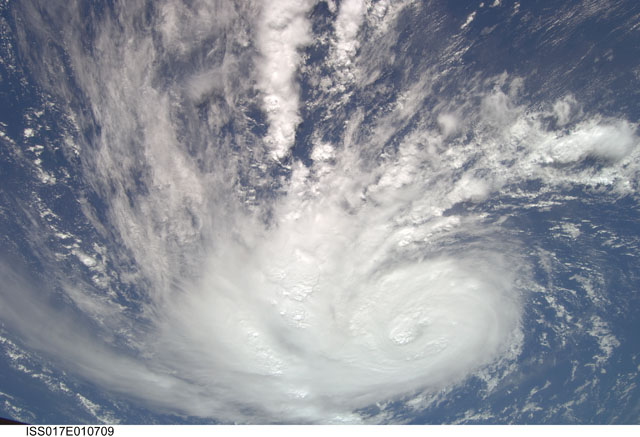 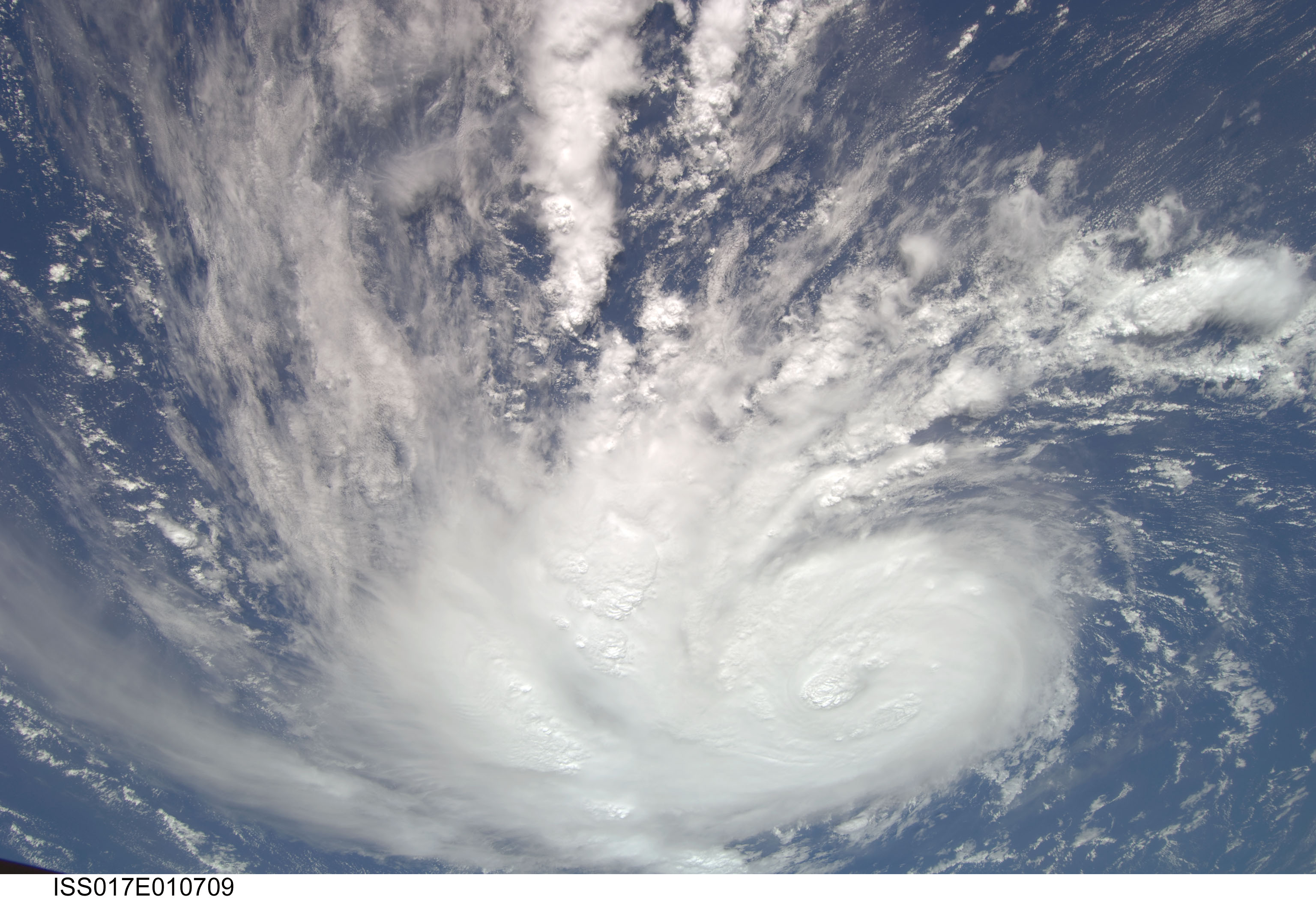 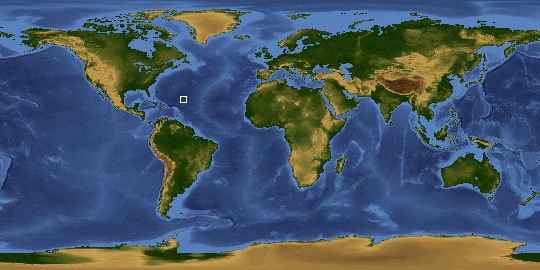 Other options available:
Download Packaged File
Download a Google Earth KML for this Image
View photo footprint information
Image Caption: ISS017-E-010709 (9 July 2008) --- Hurricane Bertha was traveling northward at 10 knots (11.5 miles per hour) across the eastern part of the central Atlantic Ocean when this image was taken on July 9 by one of the Expedition 17 crewmembers aboard the International Space Station from a vantage point of 220 statute miles above the Earth. The sustained winds were 85 knots (97.9 miles per hour) with gusts up to 105 knots (121.0 miles per hour) and predicted to intensify. Mature and developing Cumulonimbus-type clouds are seen scattered through the cloud bands of the hurricane's system.