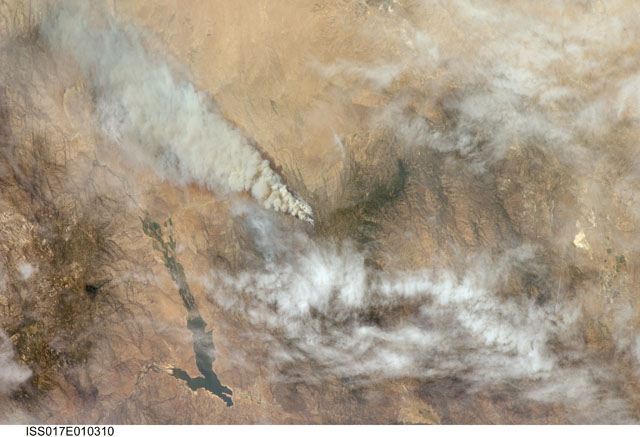 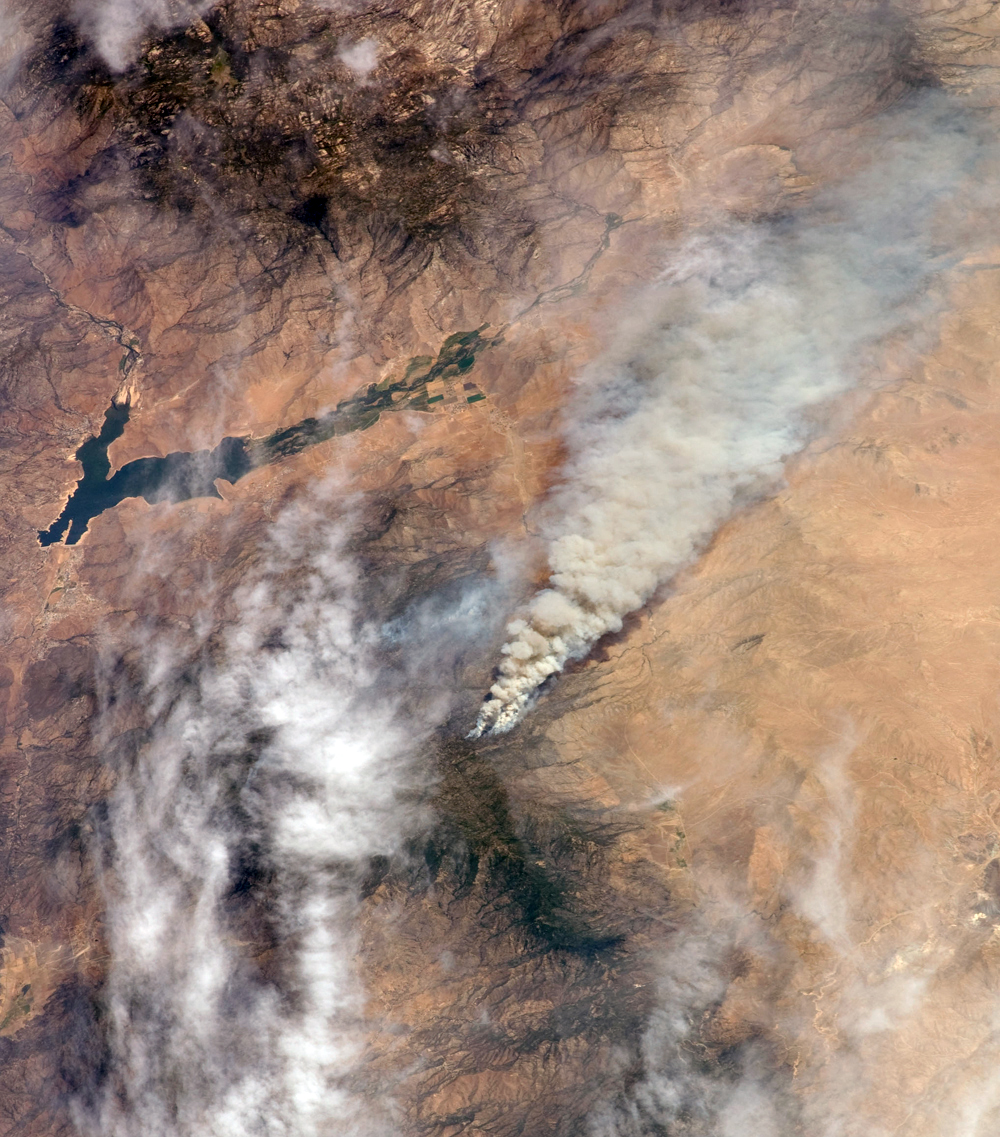 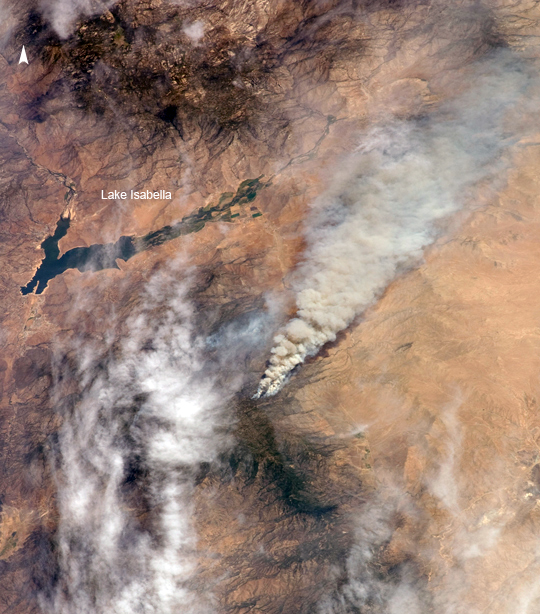 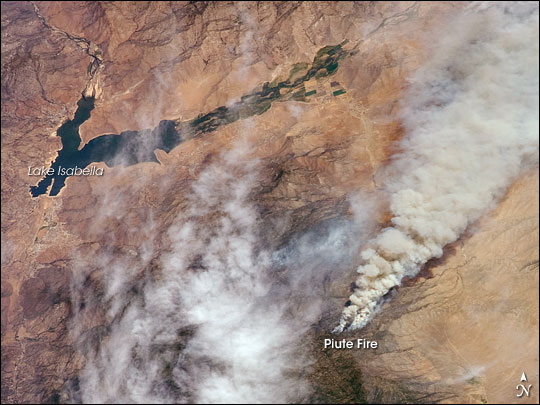 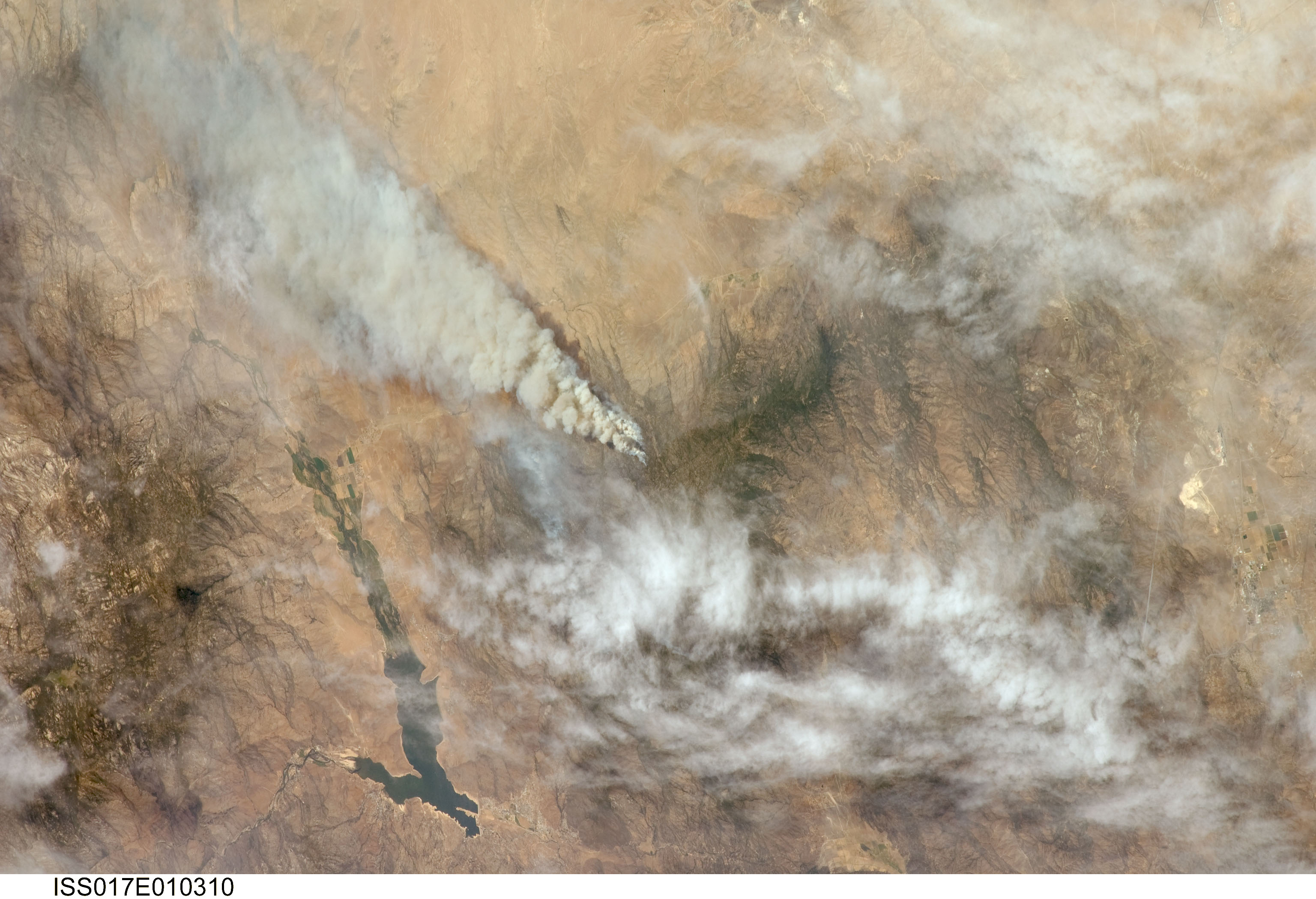 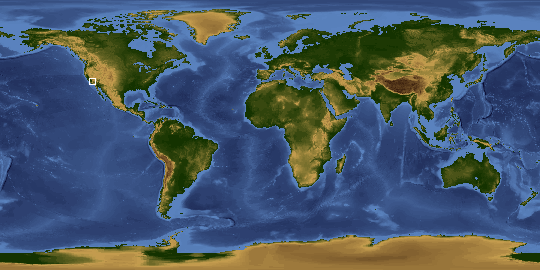 The Piute Fire, burning south of Lake Isabella in the Sequoia National Forest in the southern Sierra Nevada Mountains, was one of the more than 300 wildfires burning across the state of California in early July 2008. The fire started June 28 just north of Twin Oaks, California, and had burned nearly 34,000 acres as of July 10, according to reports from the National Interagency Fire Center. They estimated the fire might not be brought under control for another 2 weeks.