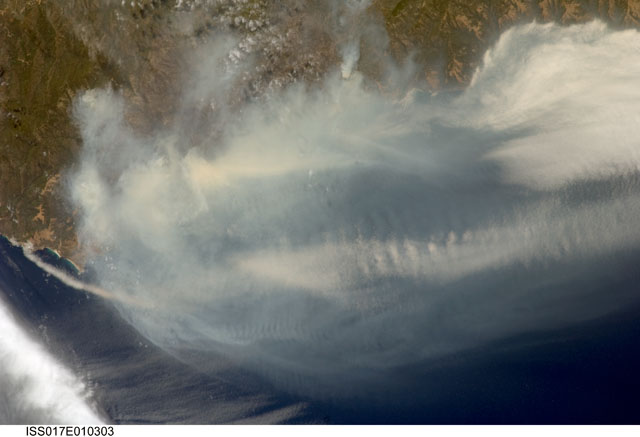 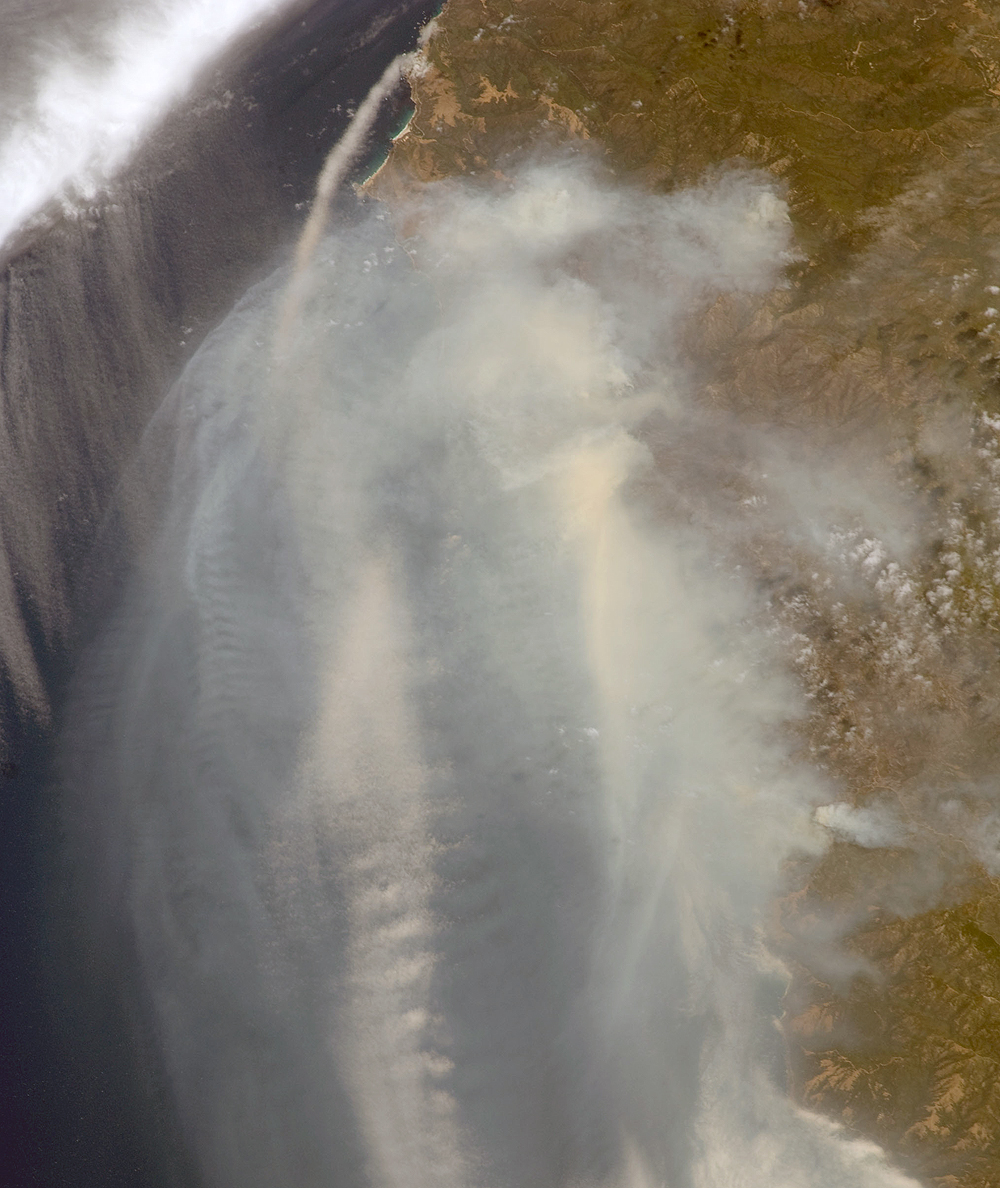 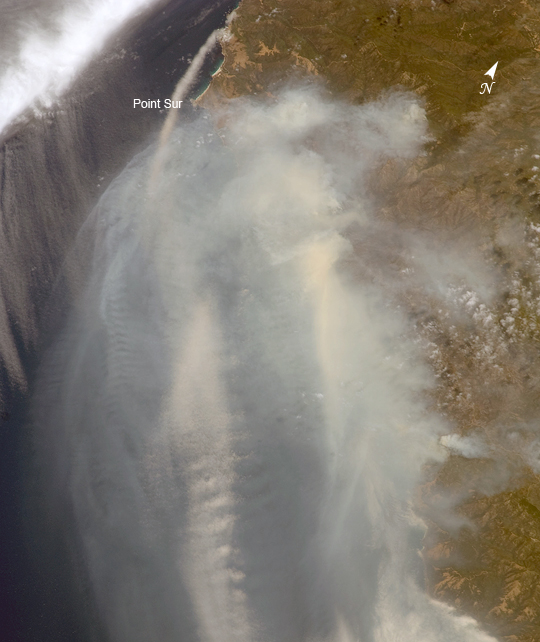 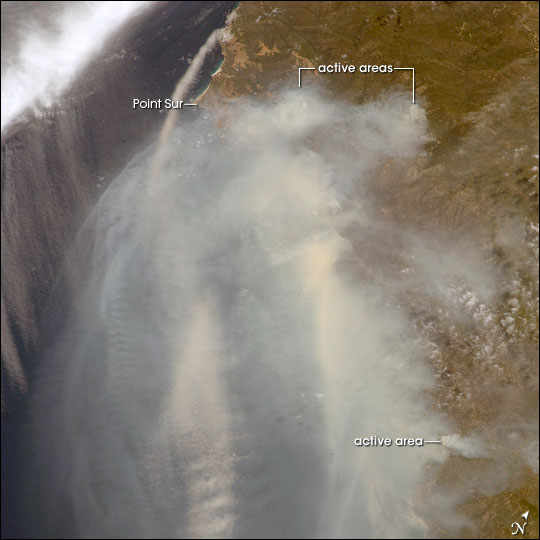 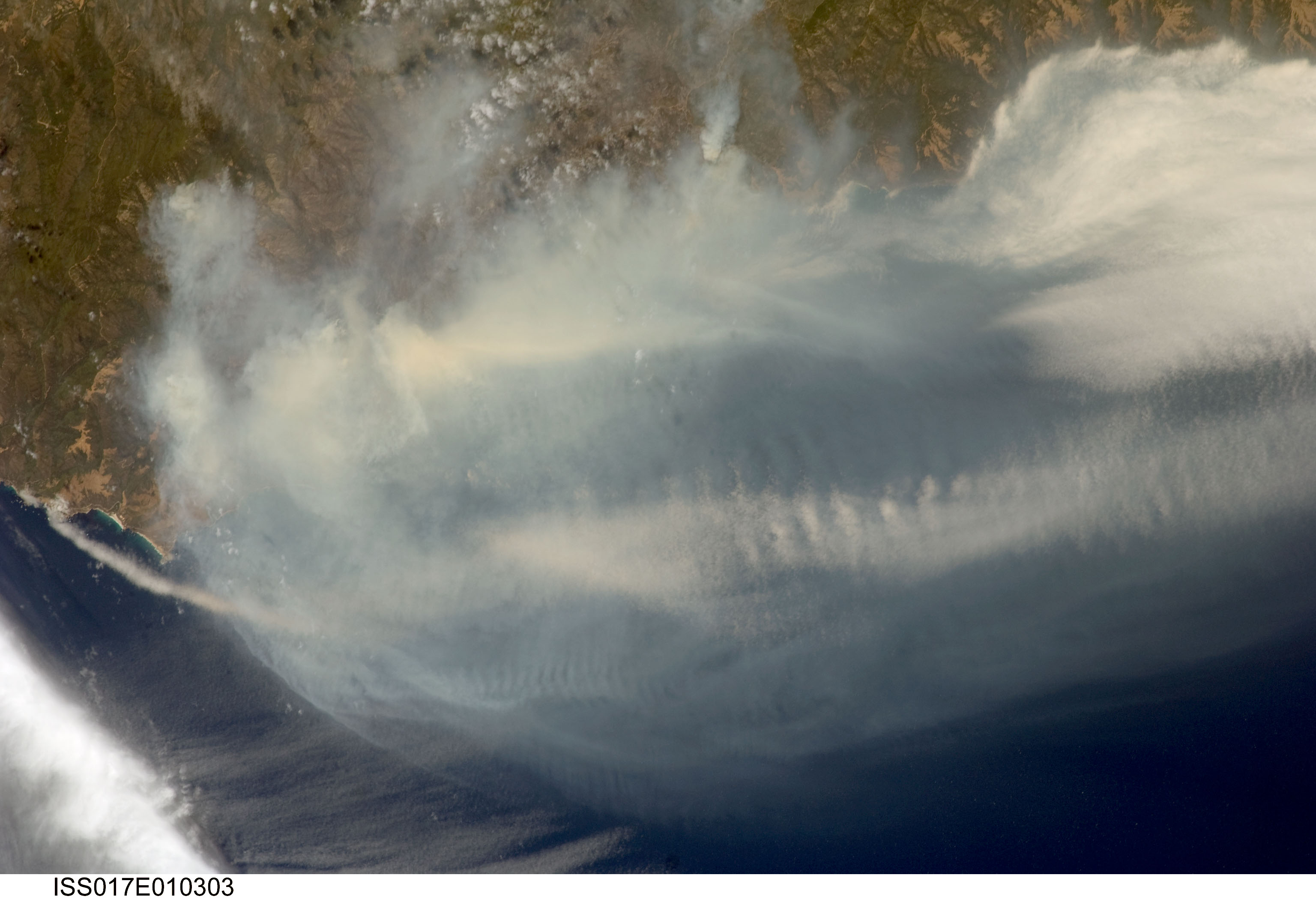 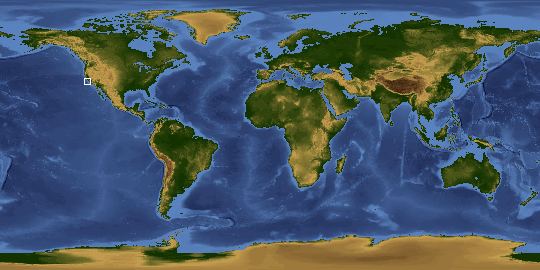 One of the largest and most destructive fires raging across California over the July 4th weekend was the Basin Fire, threatening Big Sur, and covering the coast in a thick blanket of smoke. Astronaut Greg Chamitoff, observing the fires from 344 km above the Earth (215 miles) aboard the International Space Station, was able to capture the regional view of the smoke pall. At the time this image was taken, more than 300 fires were burning in California alone. This Basin Fire was triggered by a thunderstorm, has burned 77,000 acres, and is still only partially contained.