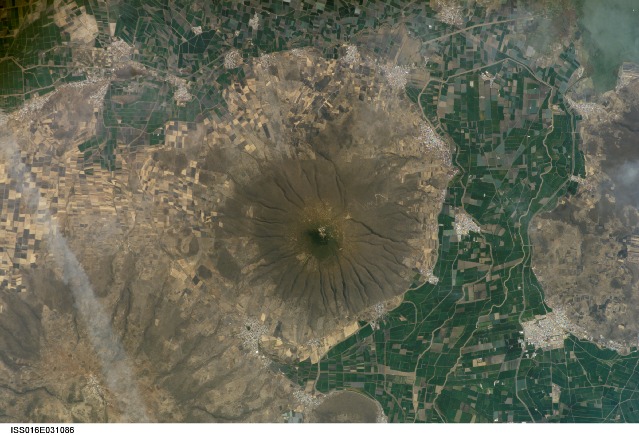 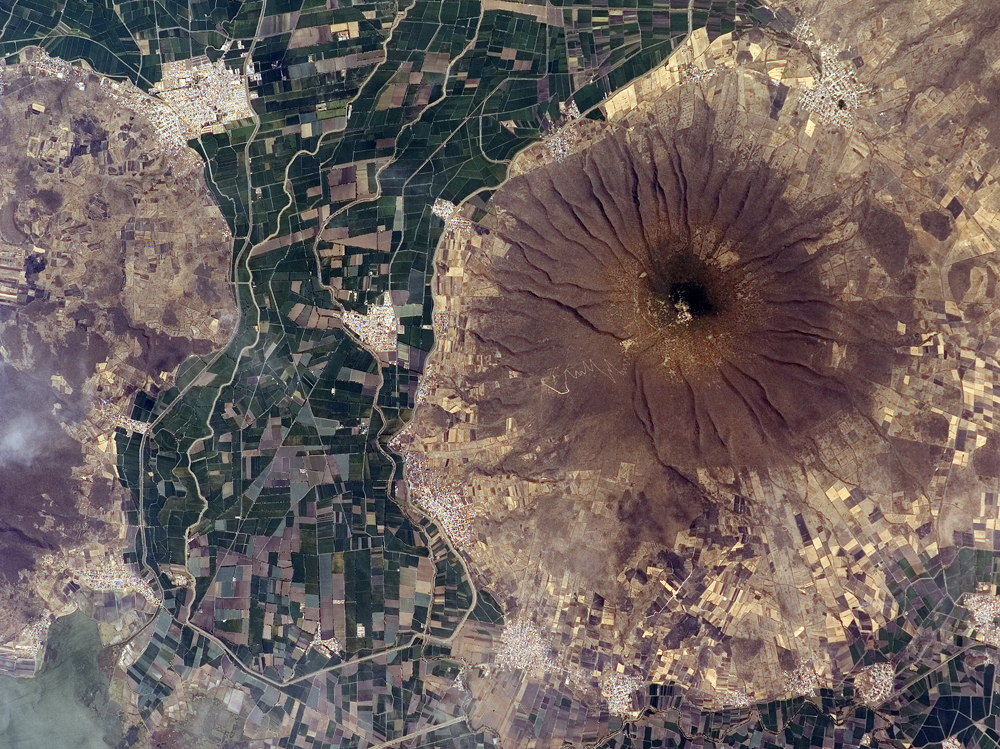 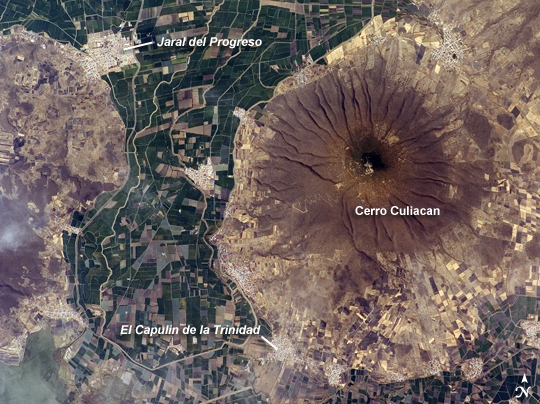 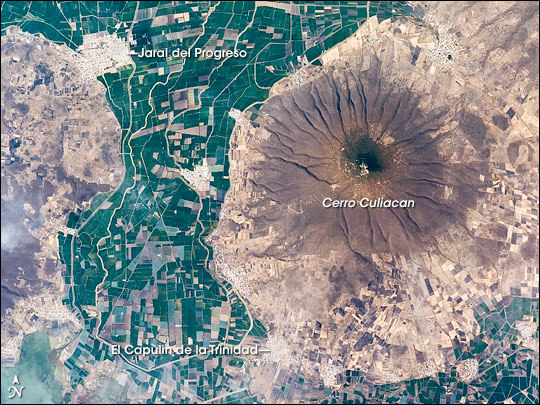 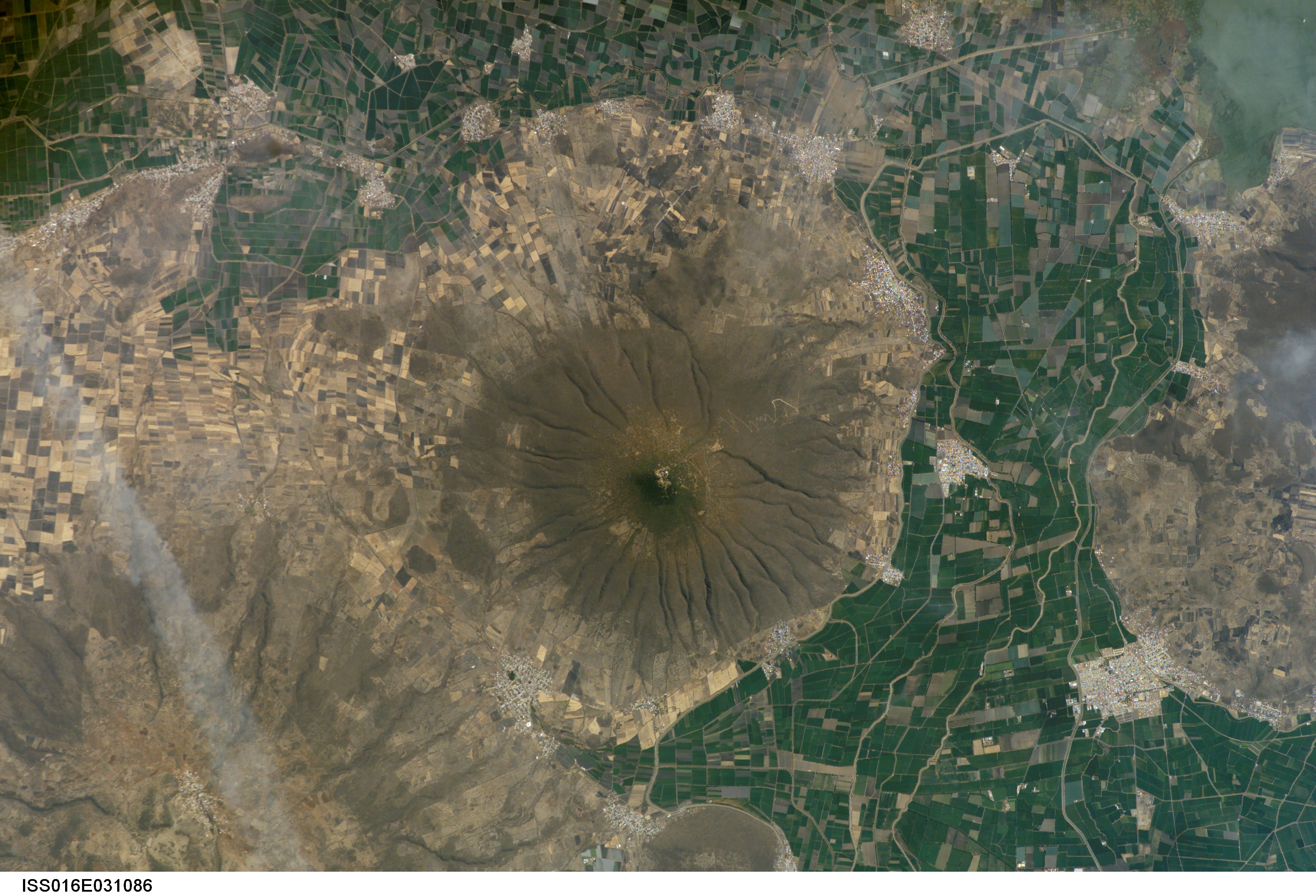 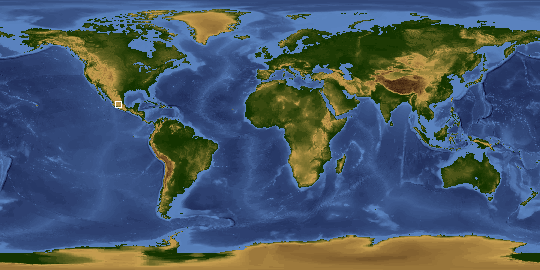 This astronaut photograph highlights Cerro (Spanish for "hill") Culiacan, part of the 50,000 km2 Michoacan-Guanajuato volcanic field of west-central Mexico. The volcanic field contains over 1400 known vents, with cinder cones being the dominant landform. Cerro Culiacan however, is a shield volcano formed by basaltic lavas; it most likely formed during the Pleistocene Epoch approximately 10,000 to 2 million years ago. Shield volcanoes in the Michoacan-Guanajuato field tend to have steeper slopes than similar volcanic structures elsewhere (namely Iceland; this is perhaps due to slightly higher-viscosity lavas), and the 1100-meter high Cerro Culiacan is no exception.

The permeable, highly fractured basalt of Culiacan is an important component of the local hydrology. Precipitation that falls on the slopes of the hill swiftly infiltrates down into sediments of the valley floor, providing sufficient moisture to support agriculture (green and brown fields at image center) and, in turn, several small cities such as Jaral del Progreso and El Capulin de la Trinidad (light gray regions with street grids). Precipitation has also incised the slopes of Cerro Culiacan with a radial drainage pattern, extending outwards from the peak in all directions much like the spokes of a bicycle wheel.