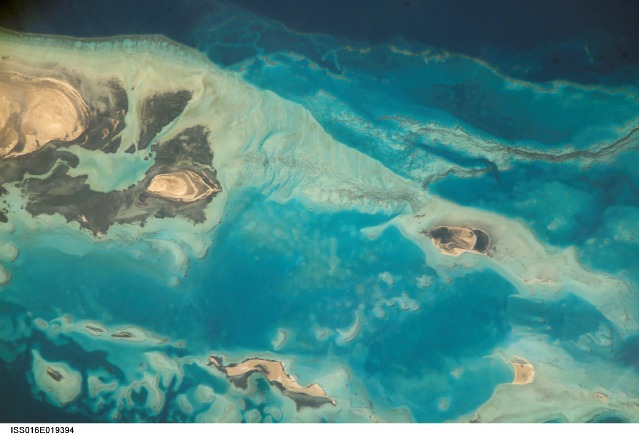 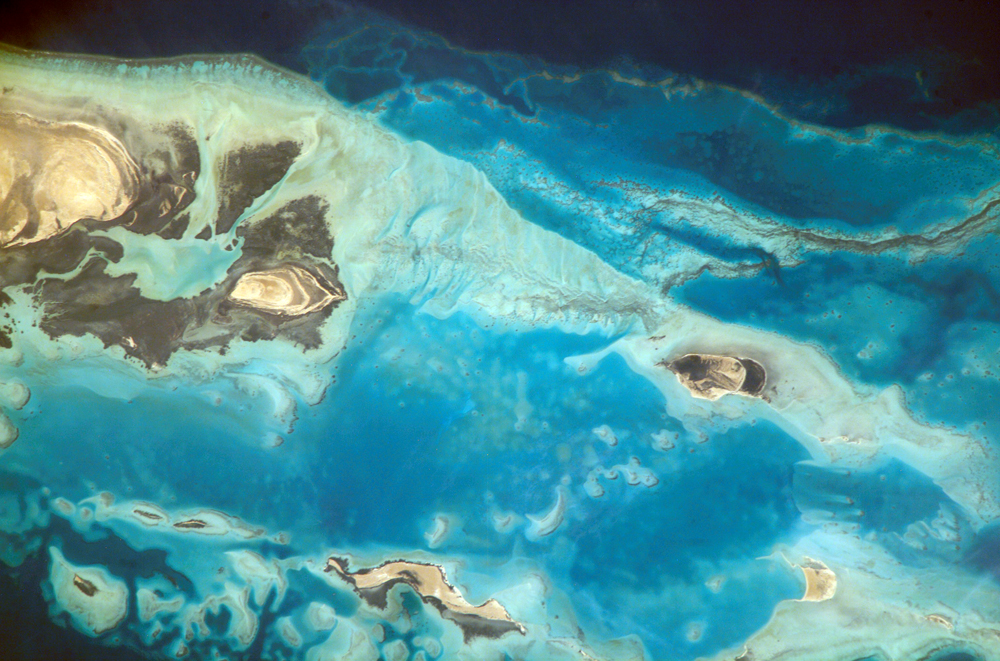 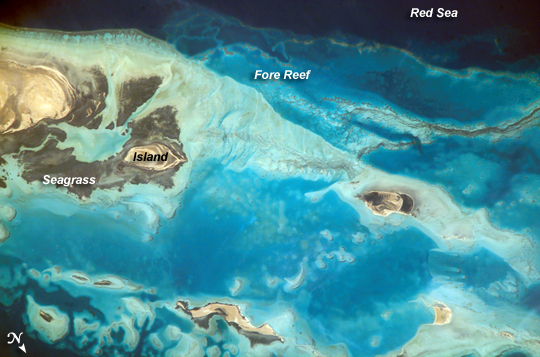 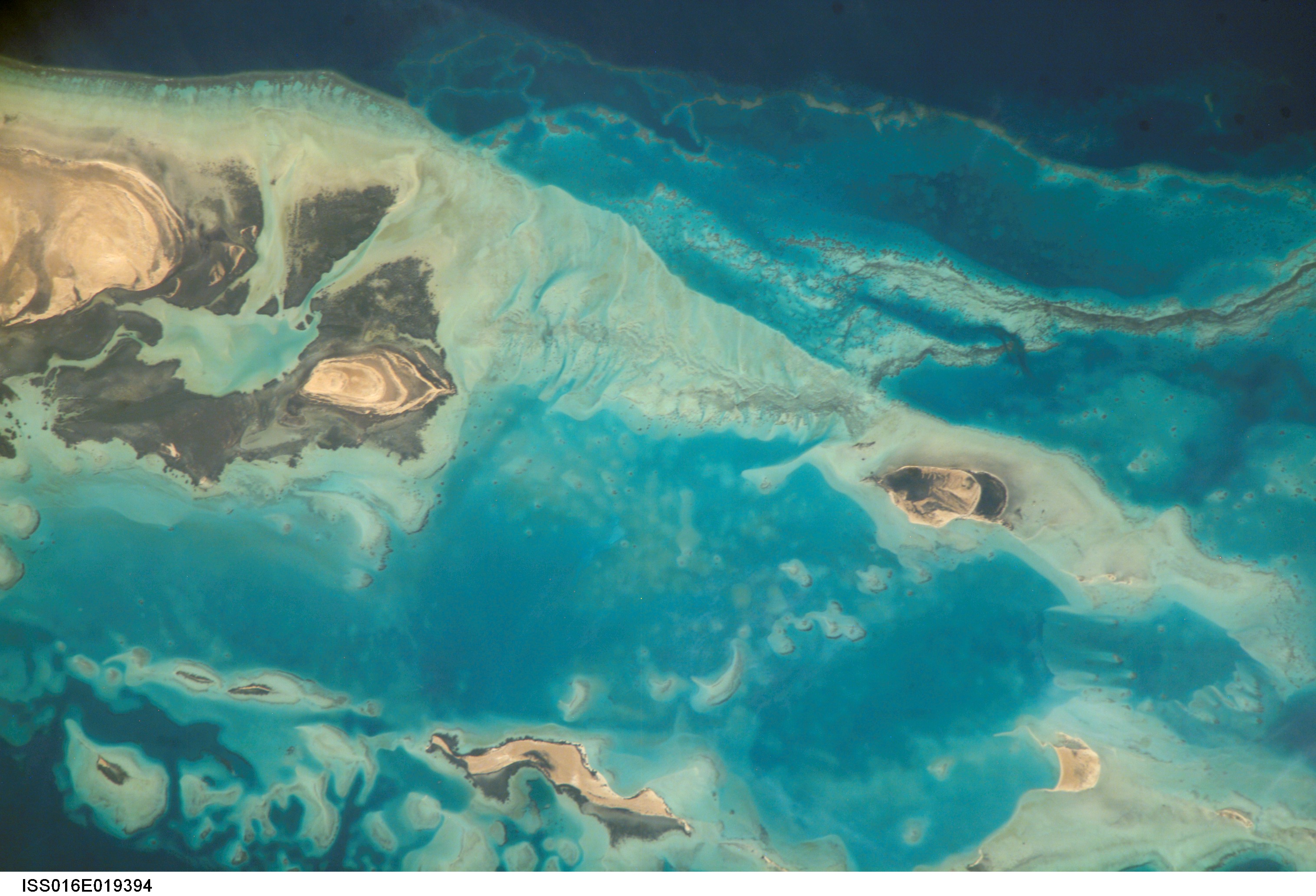 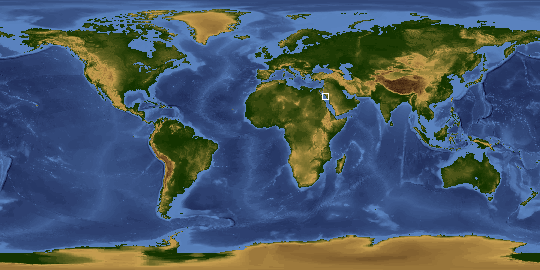 Saudi Arabia boasts the most coral reefs of any Middle Eastern country, as it includes coastline along both the Red Sea and the Gulf of Arabia. This high-resolution astronaut photograph shows part of the Al Wadj Bank, located along the northern Red Sea coast. Despite the relatively high salinity of Red Sea water (compared to other oceans), approximately 260 species of coral have been documented in the region. Large tracts of the Saudi Arabian coastline are undeveloped, and reefs in these areas are in generally good ecological health. However, reefs located near large urban centers such as Jeddeh have suffered degradation due to land reclamation (dredging and filling), pollution, and increased sediment runoff from land.

The Al Wadj Bank (a bank is an underwater hill) includes a healthy and diverse reef system, extensive seagrass beds, and perhaps the largest population of dugong--a marine mammal similar to the North American manatee--in the eastern Red Sea. The portion of the Bank in this image illustrates the complex form and topography of the reef system. Several emergent islands (tan) are visible, surrounded primarily by dark green seagrass; the largest is at top left. Only the islands are above the waterline; over the reefs, the water color ranges from light teal (shallow) to turquoise (increasing depth). The southern edge of the reef is well defined by the deep, dark blue water of the Red Sea (top).

In recent years, countries that border the Red Sea have cooperated to form a regional conservation plan for reef ecosystems. The plan includes the designation of several Marine Protected Areas (MPAs), integrated coastal management plans, improved pollution controls, reef health monitoring, and public education efforts. The Al Wadj Bank is one of the areas designated as a MPA.