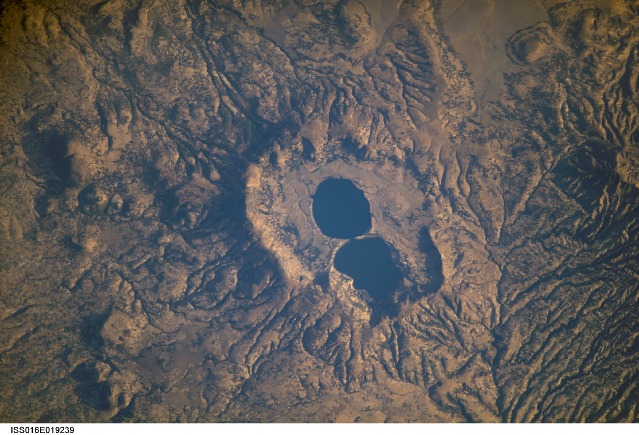 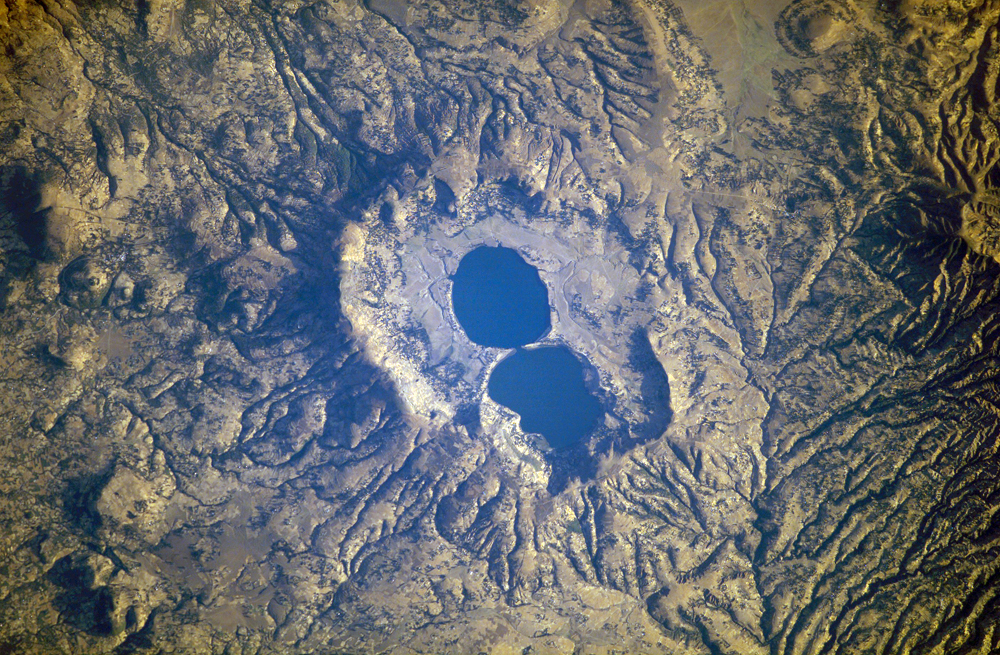 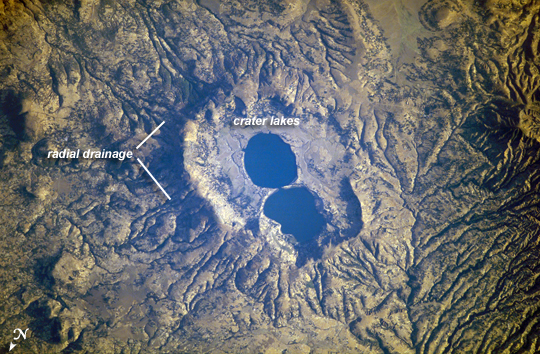 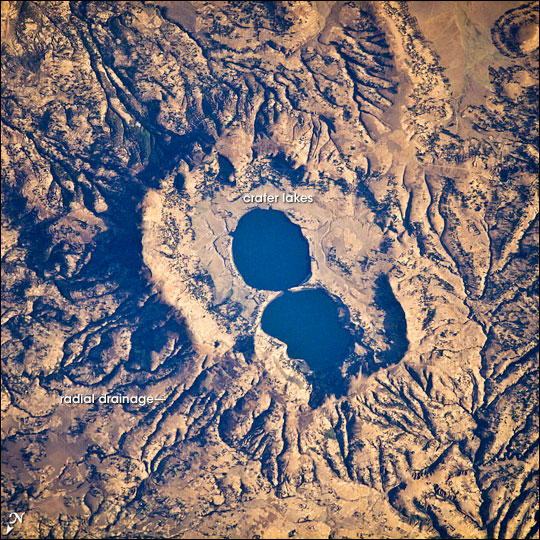 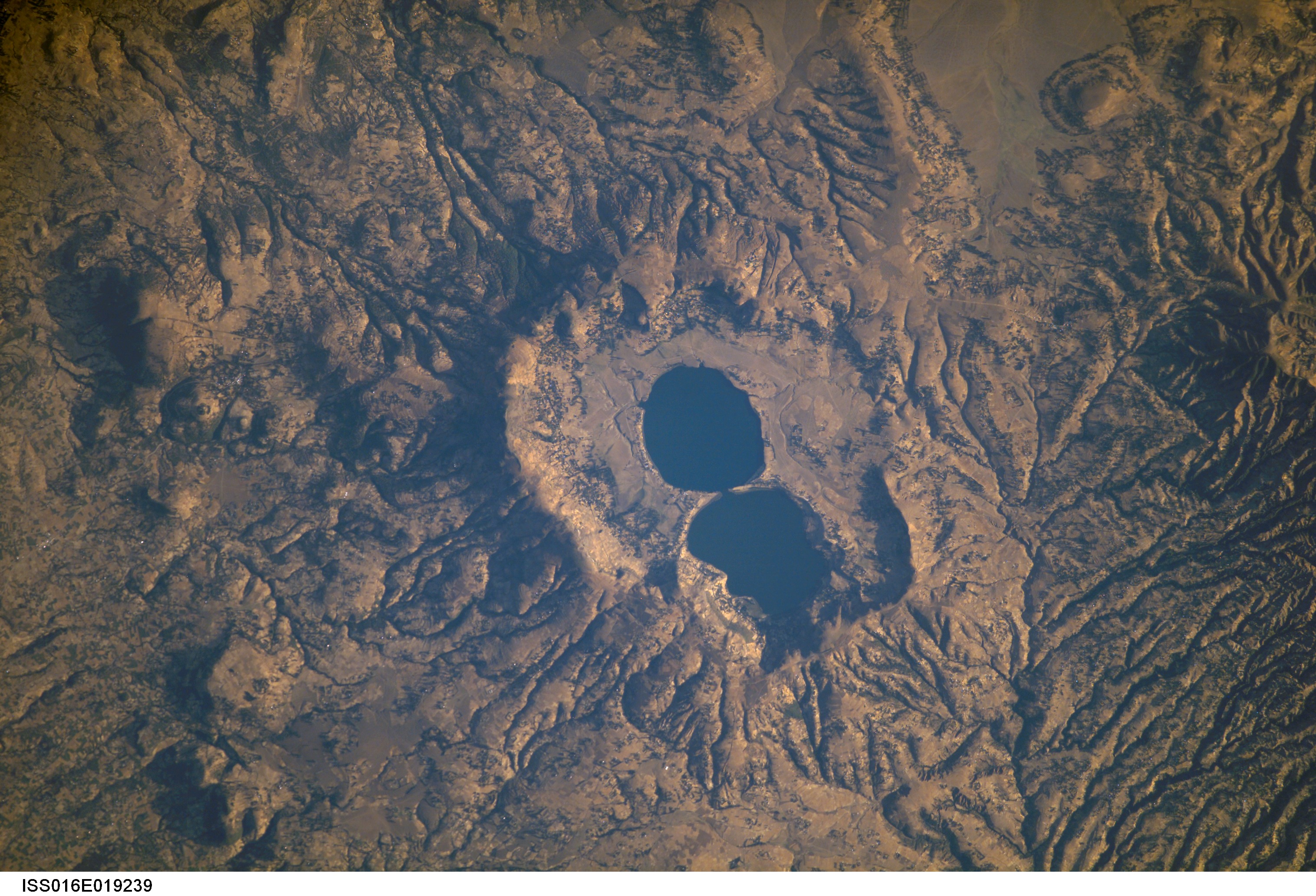 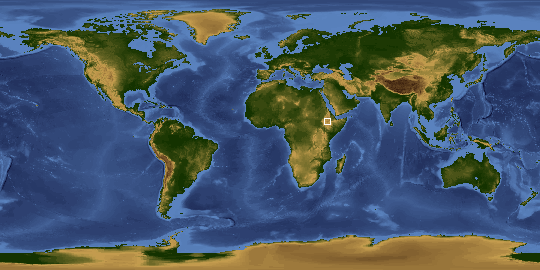 The Dendi Caldera is located on the Ethiopian Plateau, approximately 86 km to the southwest of Addis Ababa. A caldera is a geological feature formed by the near-total eruption of magma from beneath a volcano, leading to collapse of the volcanic structure into the now-empty magma chamber. This collapse typically leaves a crater or depression where the volcano stood, and later volcanic activity can fill the caldera with younger lavas, ash, pyroclastic rocks, and sediments. While much of the volcanic rock in the area is comprised of basalt erupted as part of the opening of the East African Rift, more silica-rich rock types (characterized by minerals such as quartz and feldspar) are also present.

The approximately 4 km wide Dendi Caldera includes some of this silica-rich volcanic rock - the rim of the caldera, visible in this astronaut photograph, is comprised mainly of poorly-consolidated ash erupted during the Tertiary Period (approximately 65 - 2 million years ago).A notable feature of the Dendi Caldera is the presence of two shallow lakes formed within the central depression (image center). This image also highlights a radial drainage pattern surrounding the remnants of the Dendi volcanic cone. Such patterns typically form around volcanoes, as rainfall has equal potential to move downslope on all sides of the cone and incise channels. No historical volcanic eruptions of Dendi are recorded, however the Wonchi Caldera 13 km to the southwest (not shown) may have been active as recently as A.D. 550.