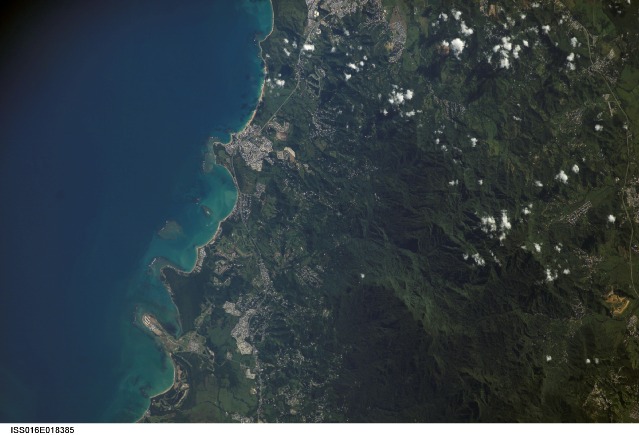 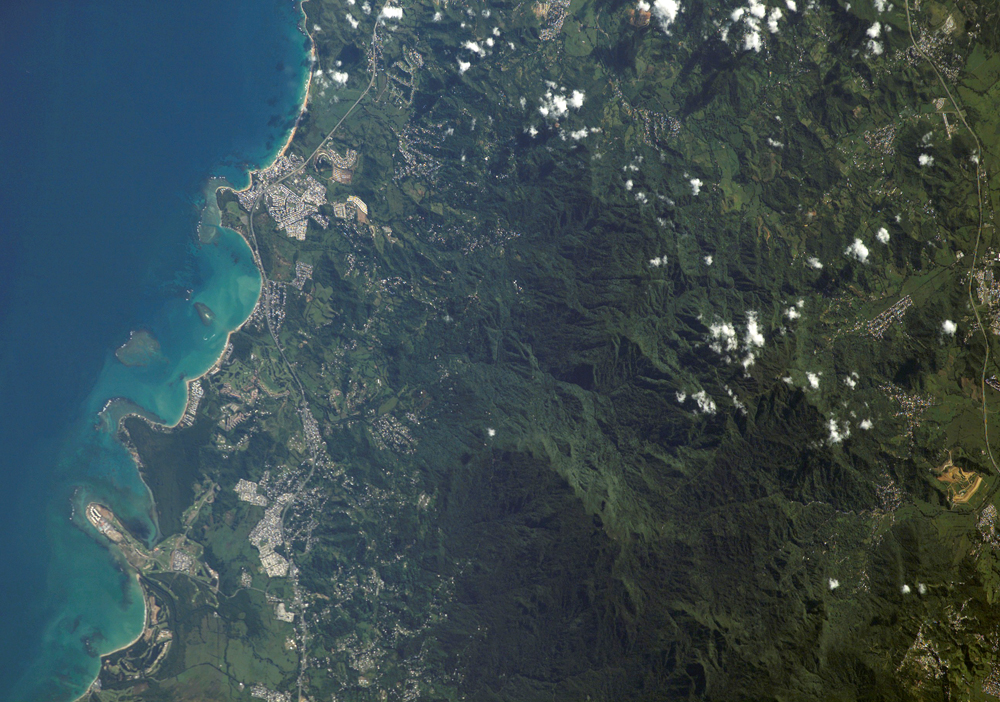 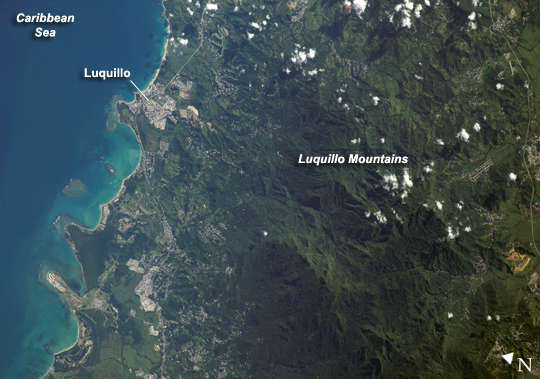 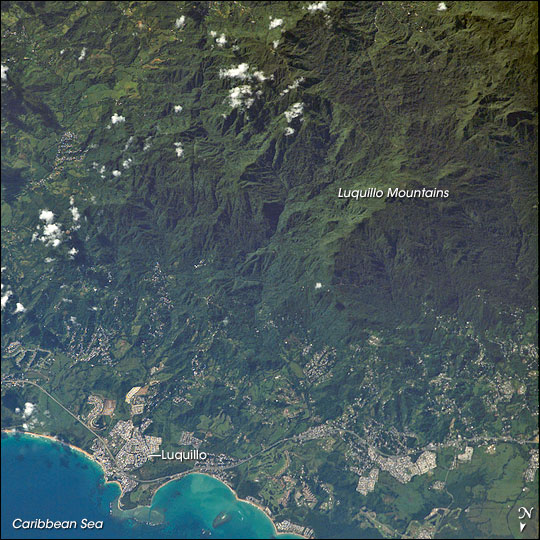 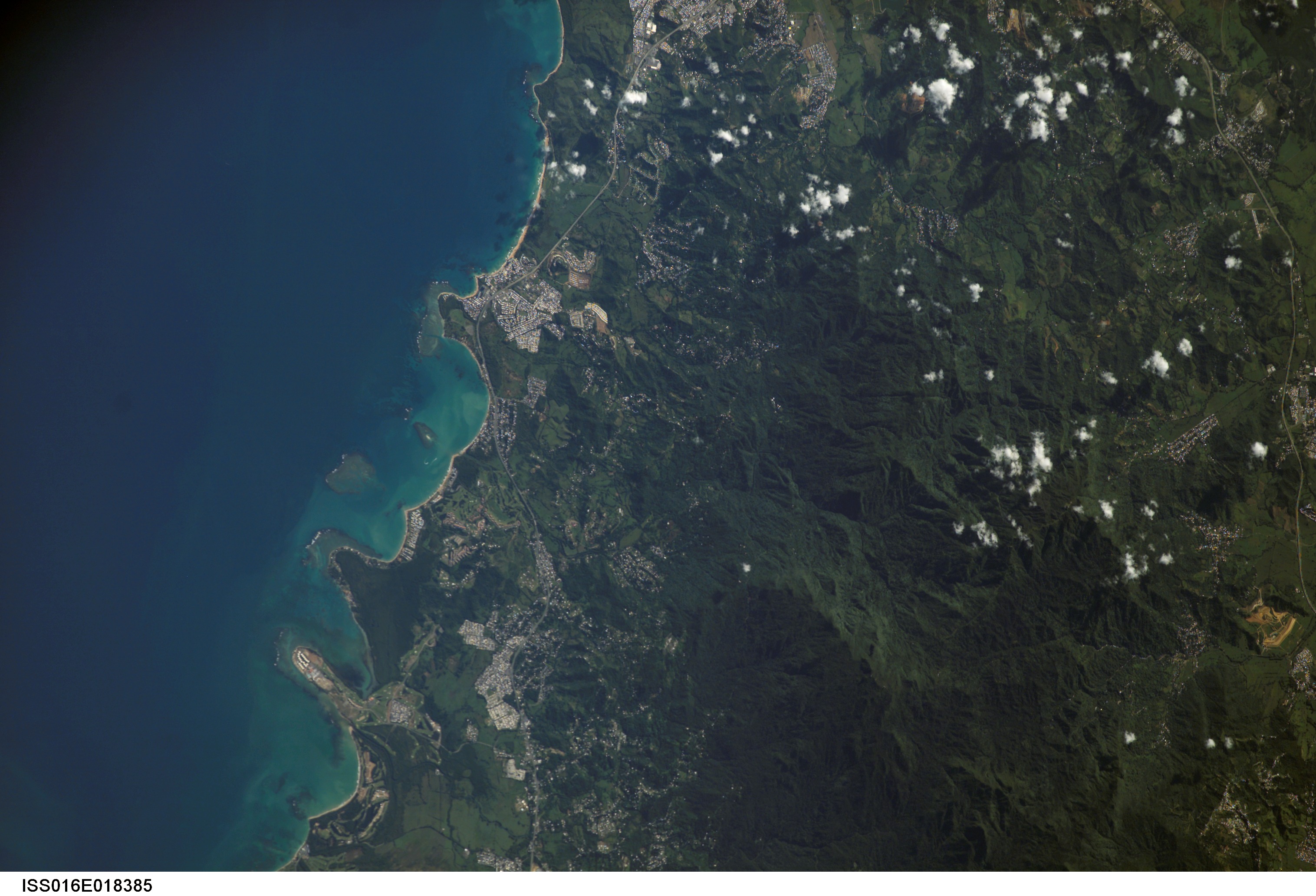 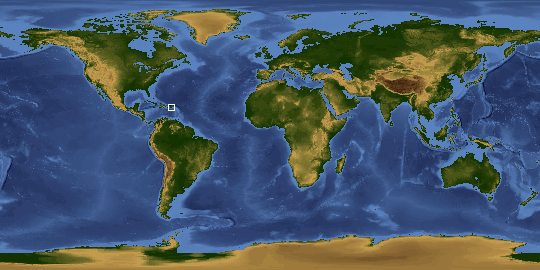 The Luquillo Mountains are located in the northeastern portion of Puerto Rico, and they rise to elevations of 1,075 meters (about 3,527 feet). The mountains are mainly made up of volcanic rock that was uplifted by tectonic activity between approximately 37-28 million years ago. (Puerto Rico is located between the junction of the North American and Caribbean tectonic plates.) Prevailing easterly winds bring moisture from the Caribbean Sea, which becomes precipitation as the winds cross the mountains. Higher elevations receive more rainfall than lower elevations, leading to subtropical forest types in the lowlands and high-mountain forest types near the summits. This astronaut photograph, taken during the rainy season, illustrates the rich vegetation on the mountains.

The rapid transition between ecosystems based on elevation, along with land use history and exposure to frequent natural disturbances such as hurricanes, makes the Luquillo Mountains an ideal location for ecological study. The Luquillo Experimental Forest Long-Term Ecological Research (LTER) site is contained within the Luquillo National Forest, covering much of the mountains to the southwest of the city of Luquillo (lower left). Past human activities, including logging, agriculture, charcoal production, and coffee plantations, have determined much of the current ecosystem structure. Results of research at Luquillo Forest indicate that the island's forest ecosystems recover more rapidly from natural disturbances (like hurricanes) than they do from human disturbance.