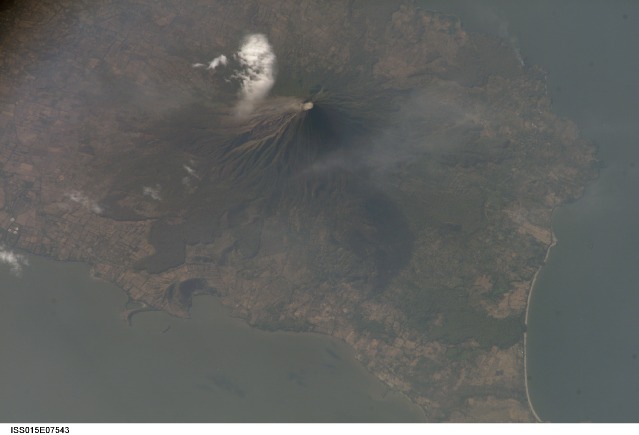 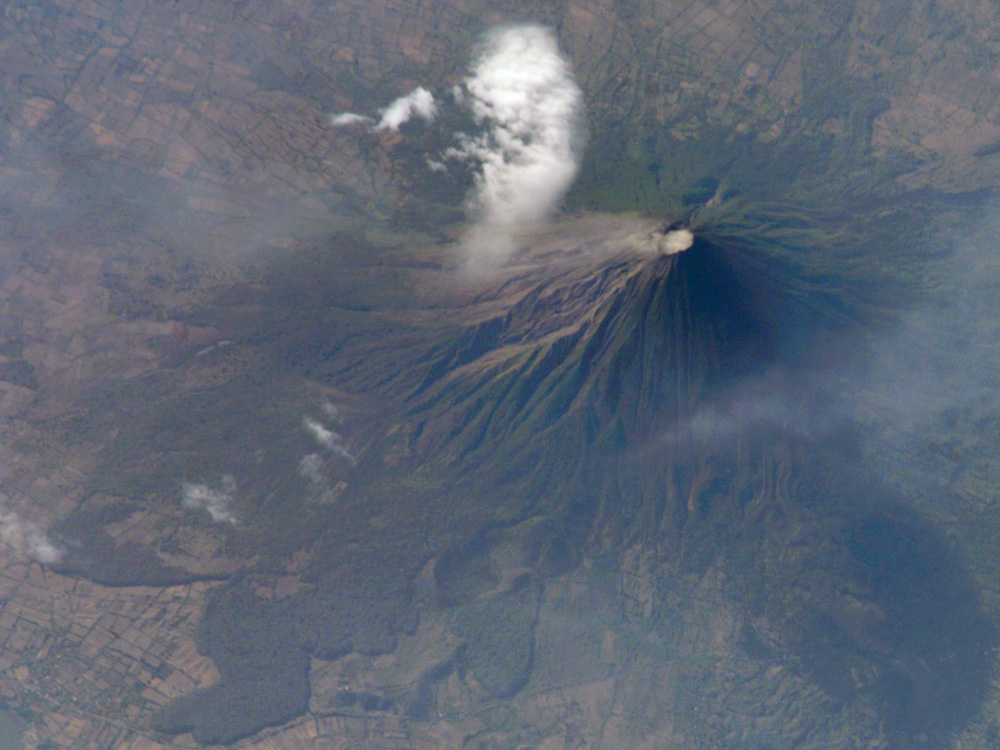 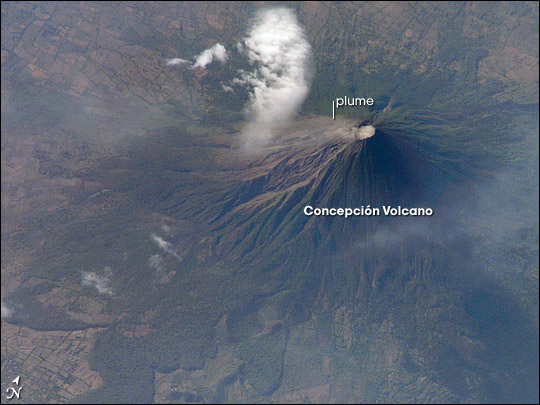 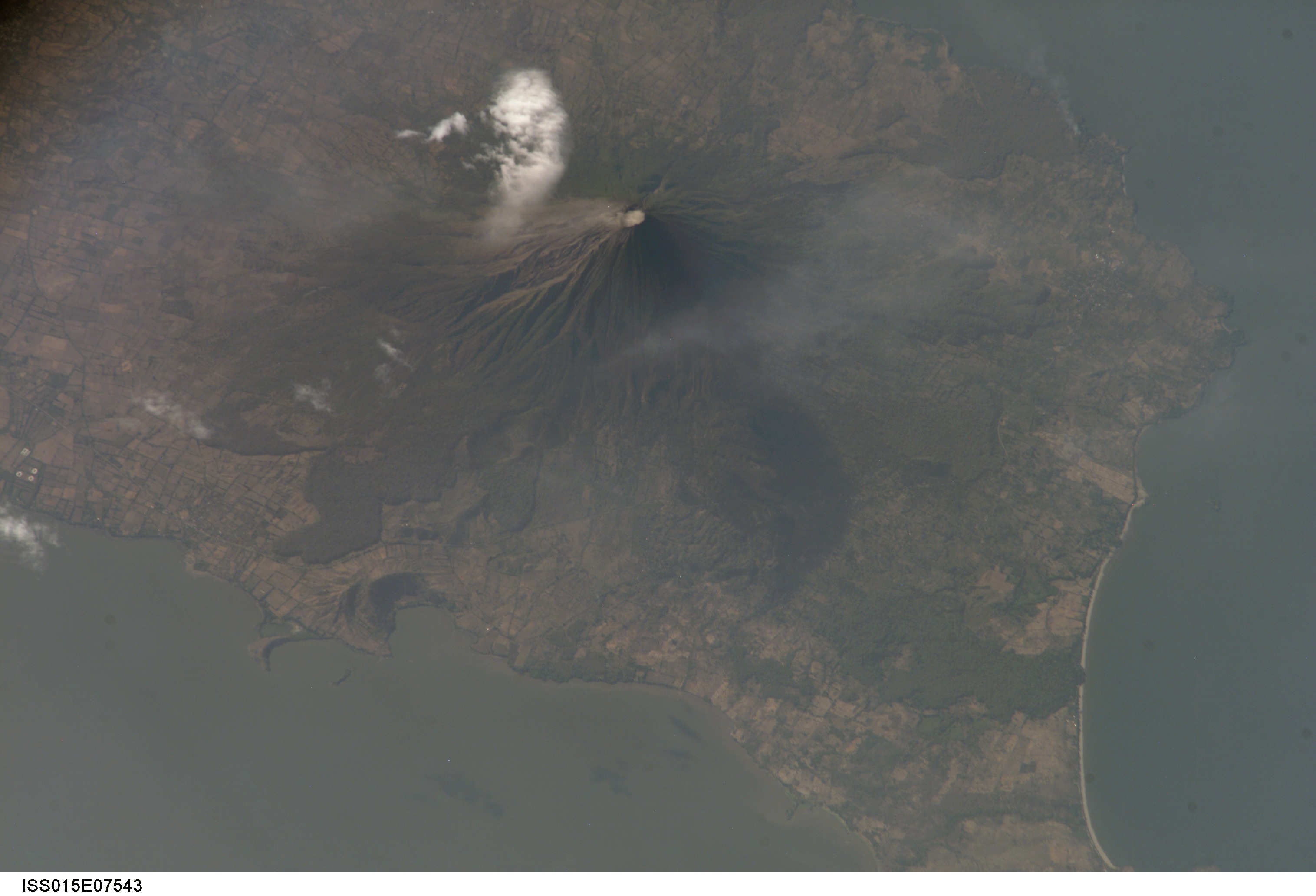 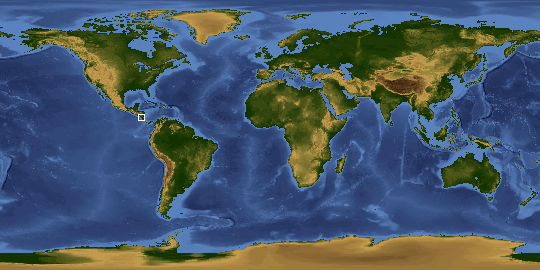 Other options available:
Download Packaged File
Download a Google Earth KML for this Image
View photo footprint information
Image Caption: Concepcion Volcano, Nicaragua:
Concepcion Volcano is one of the tallest and most active of Nicaragua's volcanoes. The 1,610-meter (5,280-foot), cone-shaped volcano is the northern half of dumbbell-shaped Isla de Ometepe. Concepcion is joined by a narrow isthmus to the dormant Maderas Volcano, which makes up the southern half of the island. This image of the volcano was captured on May 10, 2007, by the astronauts onboard the International Space Station. To the northwest of the crater, a very faint plume (probably steam) creeps like fog down the mountain, blurring the sharp gullies that carve the volcano's flanks. The grid pattern of people's fields surrounds the volcano, while lobes of forest line the lower slopes.

Concepcion has erupted at least 25 times in the past 125 years, but eruptions are not the only hazard for the 5,000 or so people who lives in small towns at lower elevations. Loose rock and ash from previous eruptions makes the volcano's steep slopes unstable and prone to give way during heavy rains. These flows of muddy debris are known as lahars. Among the most serious lahars that have occurred at Concepcion in recent years were those that occurred during the passage of Hurricane Mitch through the area in 1998. (Much more serious lahars occurred at Nicaragua's Casita Volcano during Hurricane Mitch.) The gullies that can funnel debris quickly downslope into populated areas are obvious in the image.