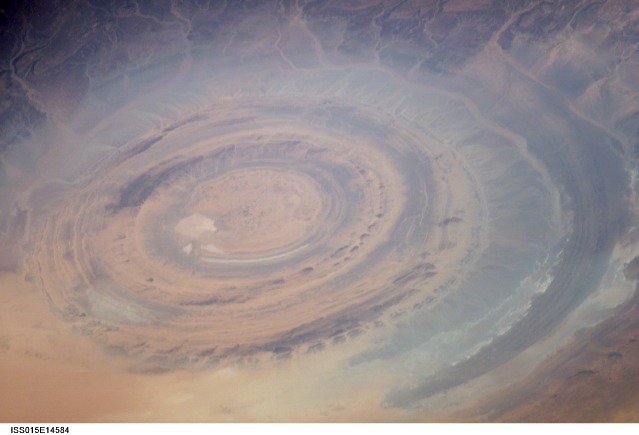 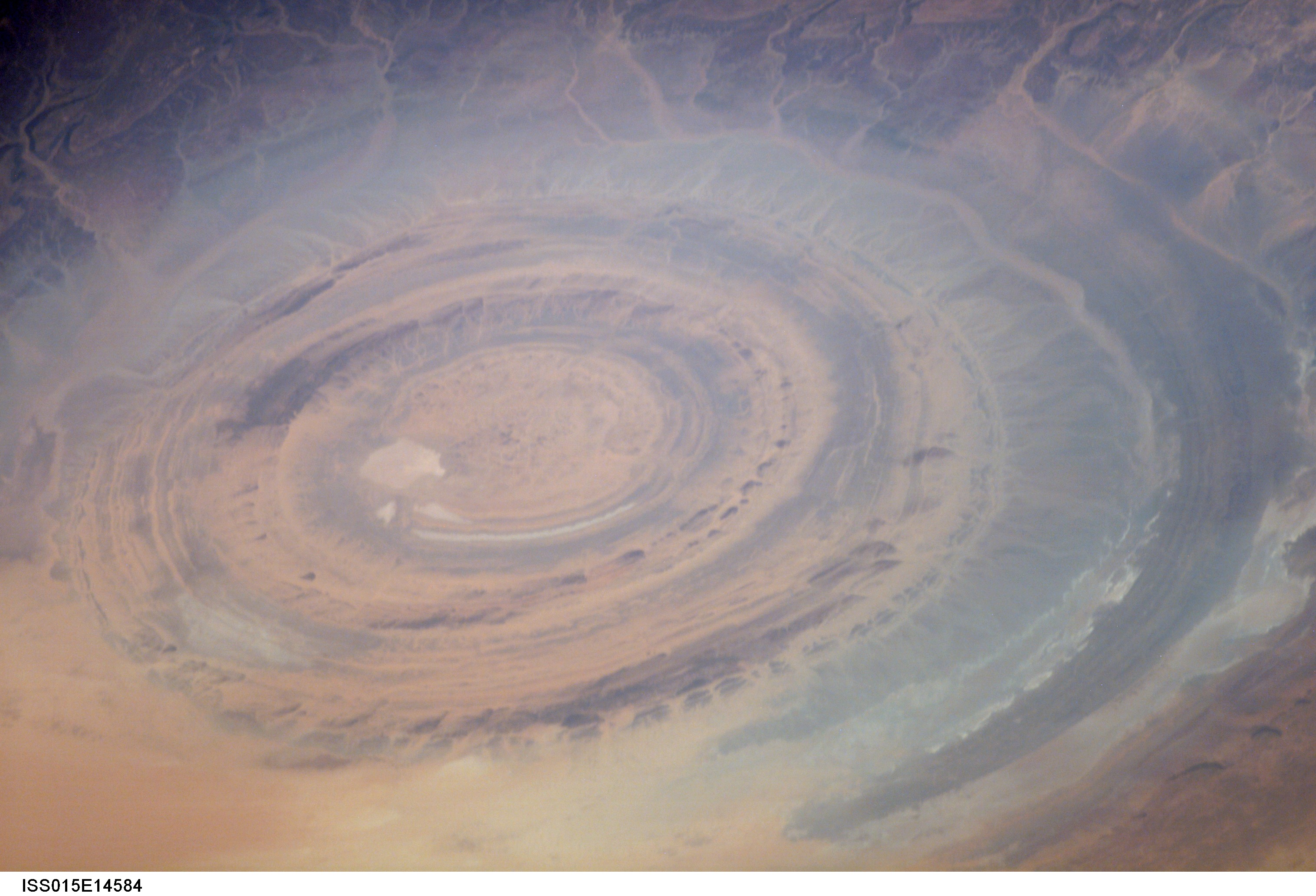 Other options available:
Download Packaged File
Download a Google Earth KML for this Image
View photo footprint information
Image Caption: ISS015-E-14584 (26 June 2007) --- The "bull's-eye" of the Richat Structure in the barren Gres de Chinguetti Plateau, central Mauritania in northwest Africa is featured in this image photographed by an Expedition 15 crewmember on the International Space Station. It represents domally uplifted, layered (sedimentary) rocks that have been eroded by water and wind into the present shape. The 25-mile-wide structure is a 300-foot-deep landmark that has caught the eye of many an astronaut in Earth orbit.