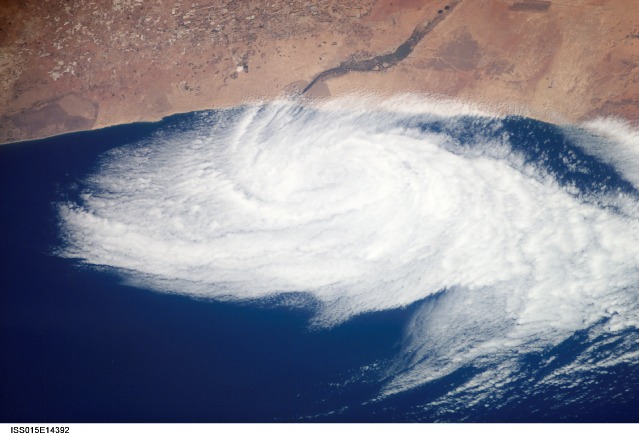 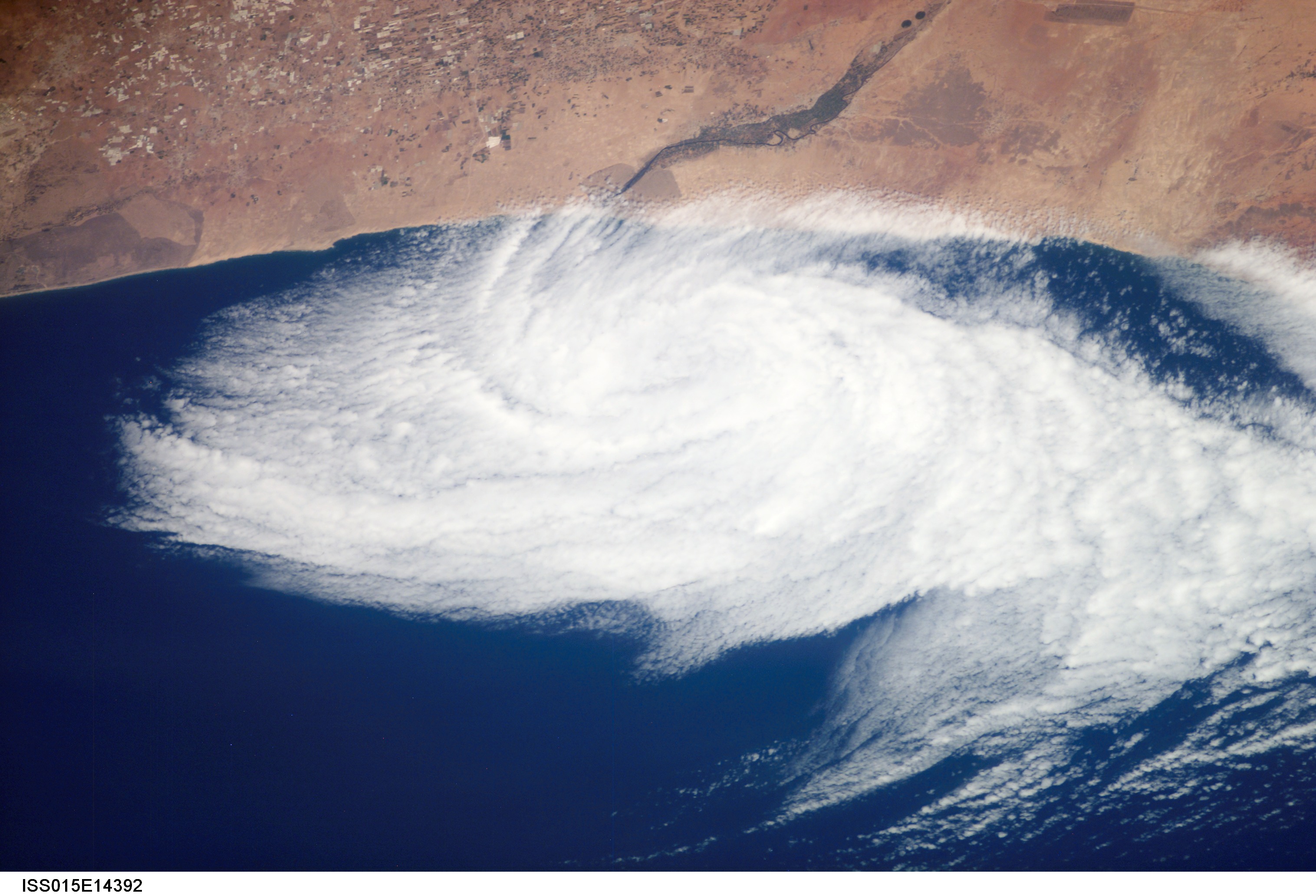 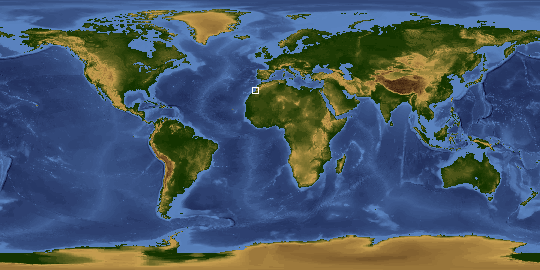 Other options available:
Download Packaged File
Download a Google Earth KML for this Image
View photo footprint information
Image Caption: ISS015-E-14392 (26 June 2007) --- This nadir view from the International Space Station, photographed at 11:43 GMT on June 26, 2007, shows a weak low pressure system off the coast of Morocco, just south of Agadir (out of frame), near the Oued Massa River at about 30 degrees north latitude and 9.5 degrees west longitude. Such a weather system can be caused either by the winds forming an eddy due to some land feature or a heat low has drifted off the coast.