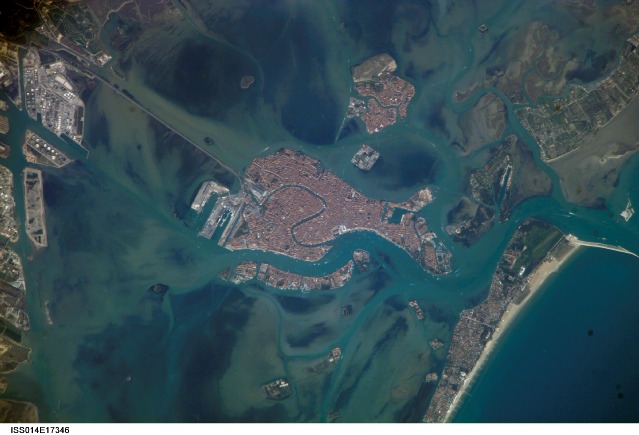 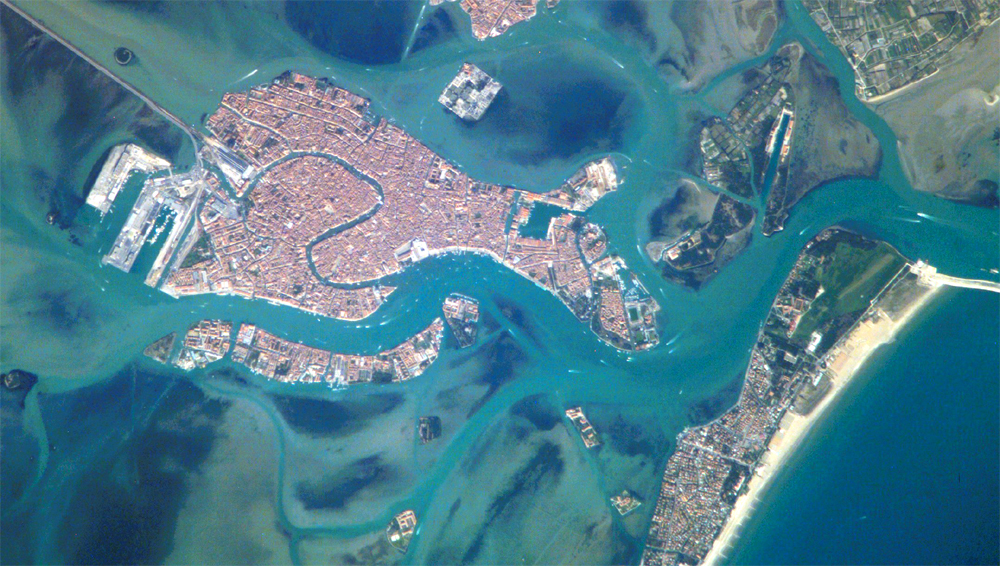 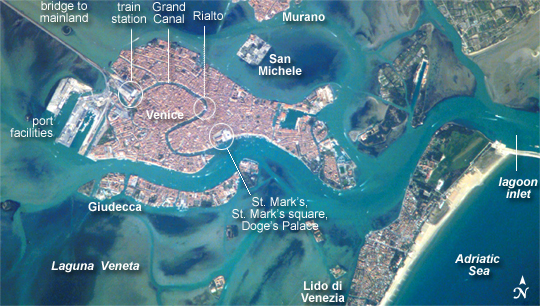 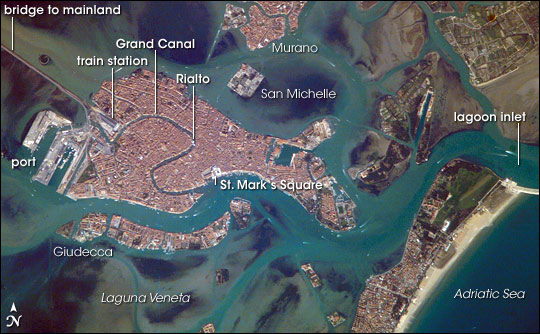 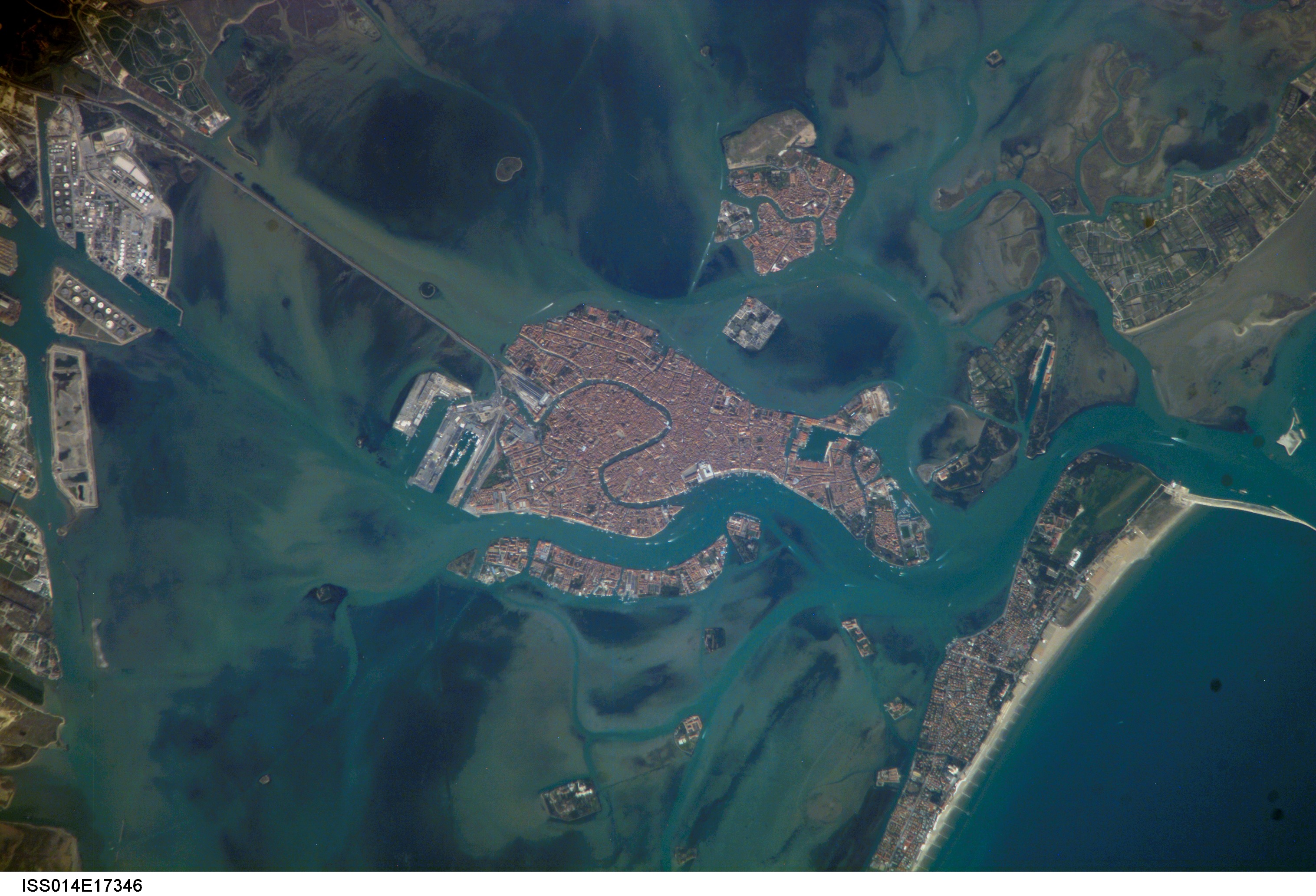 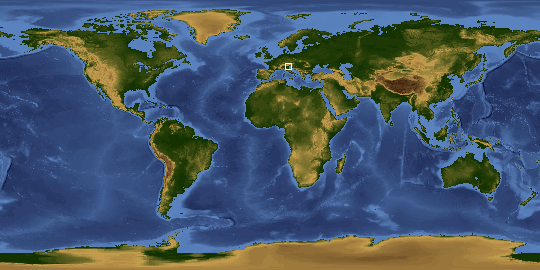 A space-based perspective of the city of Venice quickly reveals different development and land uses in the region; the major islands in the lagoon surrounding Venice--Laguna Veneta--look different from one another. The island of Venice itself, a dense urban landscape, appears almost uniformly covered with red-tiled roofs. By contrast, port facilities and the train station at the west end of the island appear in shades of gray. The islands of Giudecca and Murano (famous for glassware) are almost as densely built up as Venice, but the whole walled island of San Michele, used as a cemetery since Napoleon's occupation, is covered with trees and tombs. Lido di Venezia, which separates the lagoon from the Adriatic Sea, has more "green space" than Venice, as do the islands to Venice's east.

Though Venice's population is fewer than 70,000 residents and declining, as many as 12 million people visit the city every year. Many arrive from the mainland via the bridge at the train station. Many also arrive by boats; boat wakes can be seen as white flashes in many parts of the image. A prominent visual feature of the Venice metropolitan area is the S-bend of the Grand Canal. The famous Rialto Bridge is big enough to appear as a white break in the canal in this astronaut photograph. St. Mark's Square, where St. Mark's Church and the Doge's Palace are located, are also visible at the east end of the canal.