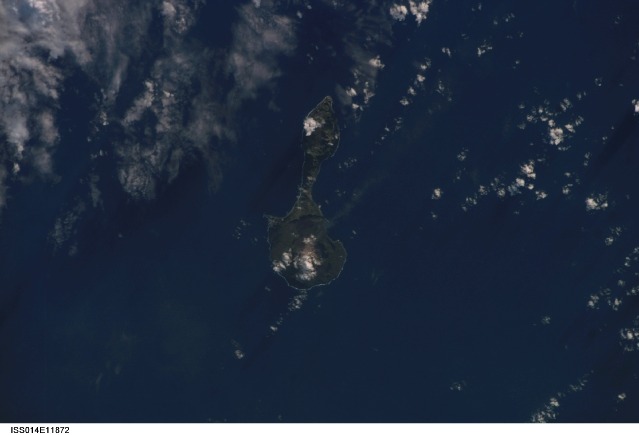 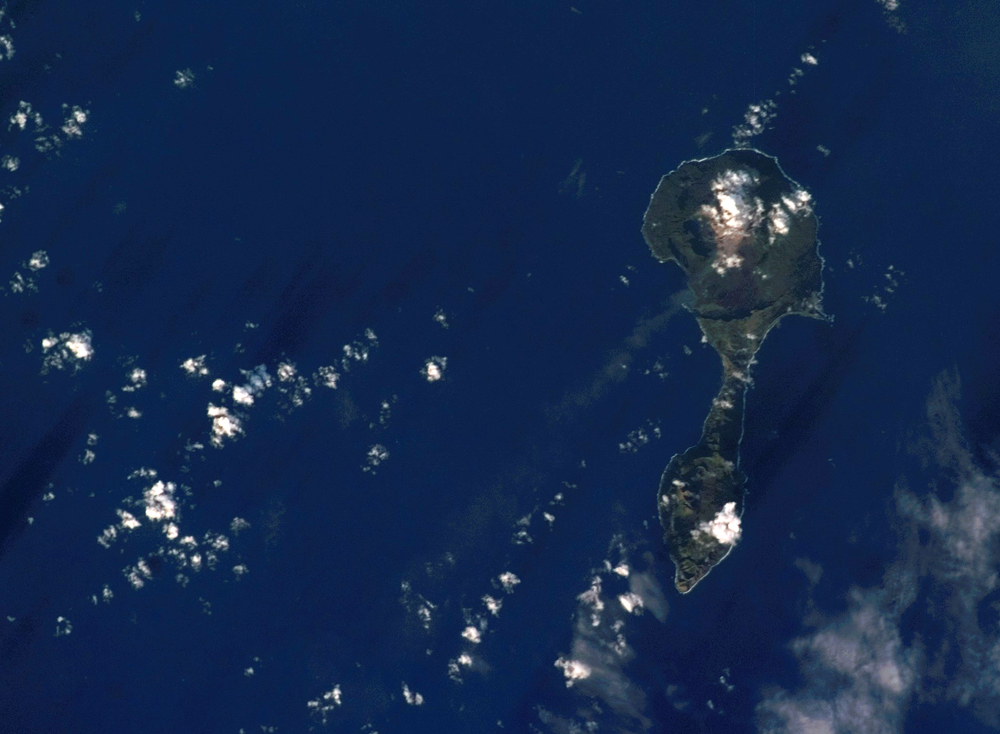 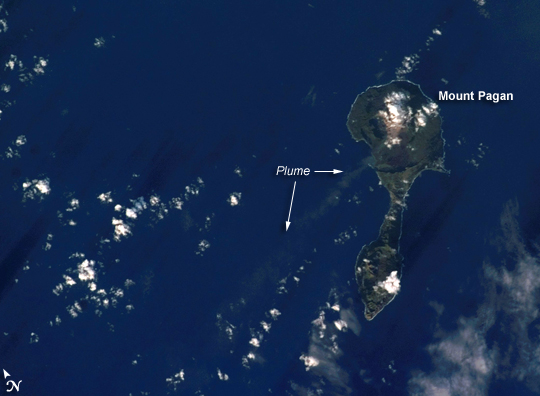 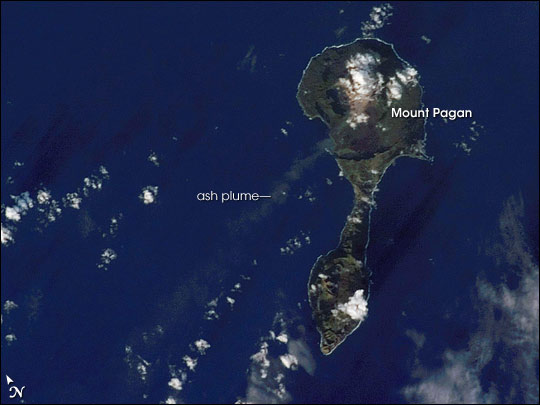 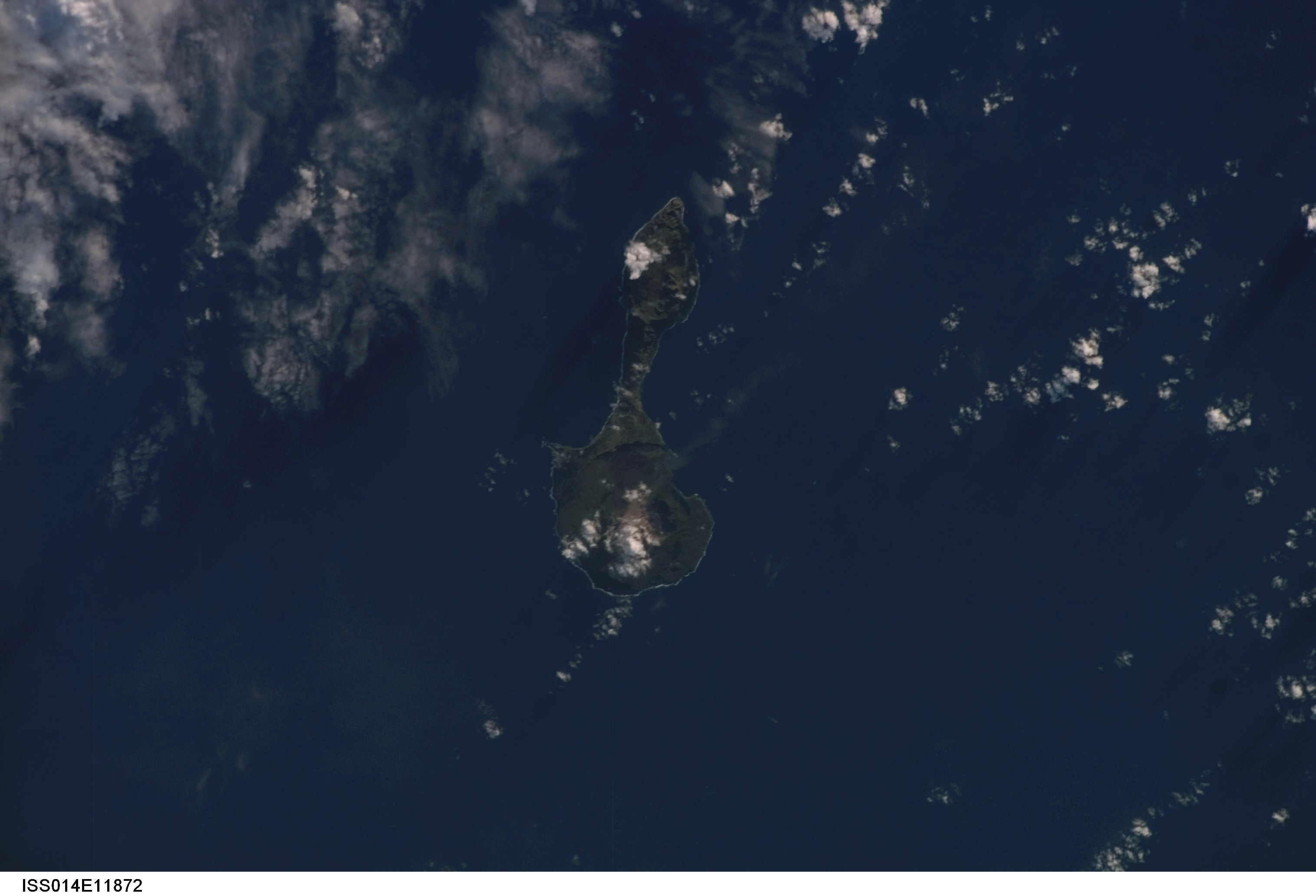 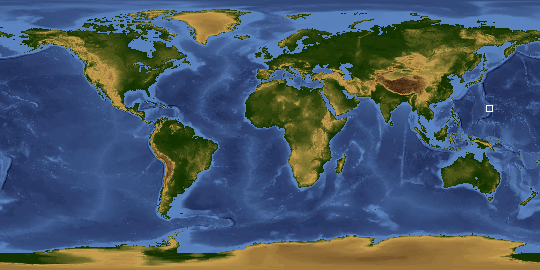 Other options available:
Download Packaged File
Download a Google Earth KML for this Image
View photo footprint information
Download a GeoTIFF for this photo
Image Caption: Pagan Island, Northern Mariana Islands:
The Mariana Islands are part a volcanic island arc--surface volcanoes formed from magma generated as one tectonic plate overrides another. In the case of the Mariana Islands, the Pacific Plate is being pulled, or subducted, beneath the Philippine Plate along the famously deep Mariana Trench, which is more than 11 kilometers (nearly 7 miles) below sea level. Pagan Island (image right) is made up of two volcanoes connected by a narrow isthmus of land. The volcanoes are stratovolcanoes, which are tall, typically cone-shaped structures formed by layers of dense, crystallized lava and less-dense ash and pumice. Mount Pagan, the larger of the two volcanoes, forms the northeastern portion of the island and has been the most active historically.

The most recent major eruption took place in 1981, but since then numerous steam- and ash-producing events have been observed at the volcano--the latest reported one occurring between December 5-8, 2006. This astronaut photograph records volcanic activity on January 11, 2007, that produced a thin plume that extended westwards away from Mount Pagan. The plume was most probably steam, possibly with minor ash content. The island is sparsely populated, and it is monitored for volcanic activity by the United States Geological Survey and the Commonwealth of the Mariana Islands.