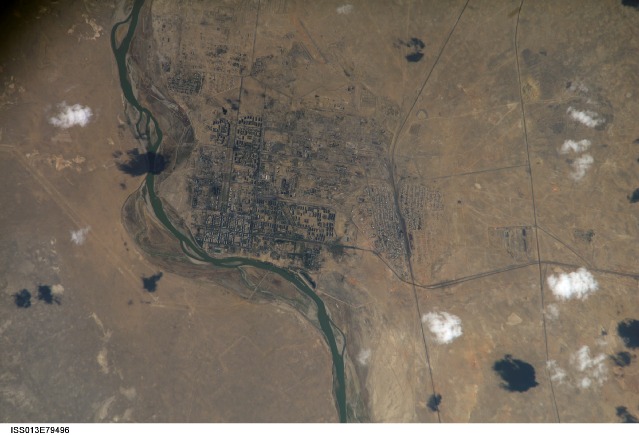 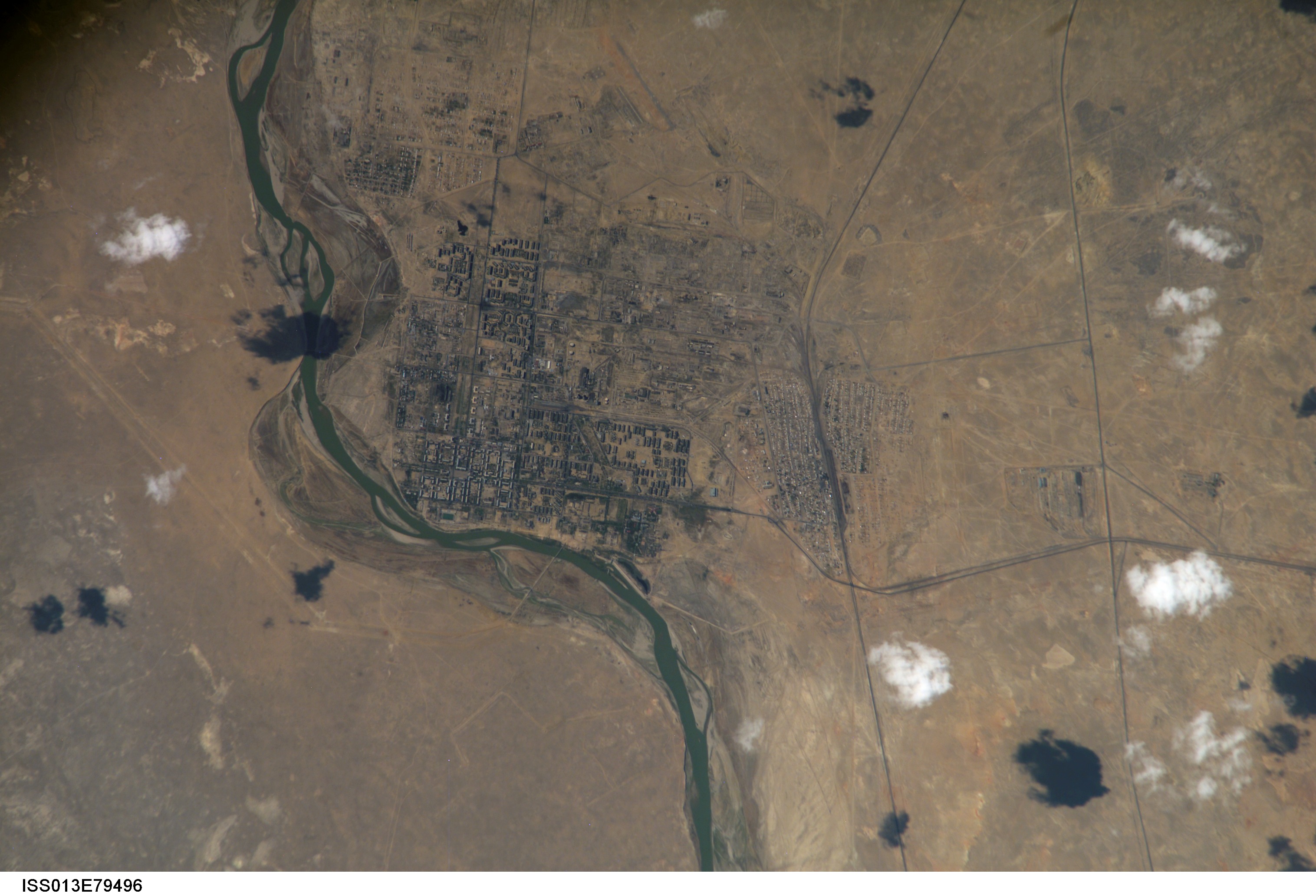 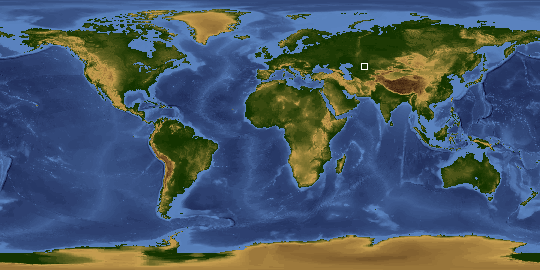 Other options available:
Download Packaged File
Download a Google Earth KML for this Image
View photo footprint information
Image Caption: ISS013-E-79496 (9 Sept. 2006) --- This picture, photographed from the International Space Station by an Expedition 13 crewmember, includes the Baikonur launch complex and thus has special significance for the Expedition 13 crew and all crews who have launched aboard Soyuz craft to join the orbital outpost. Baikonur, formerly known as Leninsk, is a city within Kazakhstan, but it is rented and administered by Russia. It was constructed to service the Baikonur Cosmodrome and was officially renamed Baikonur by Boris Yeltsin on December 20, 1995. The name Baikonur is Kazakh for "wealthy brown," i.e. "fertile land with many herbs."