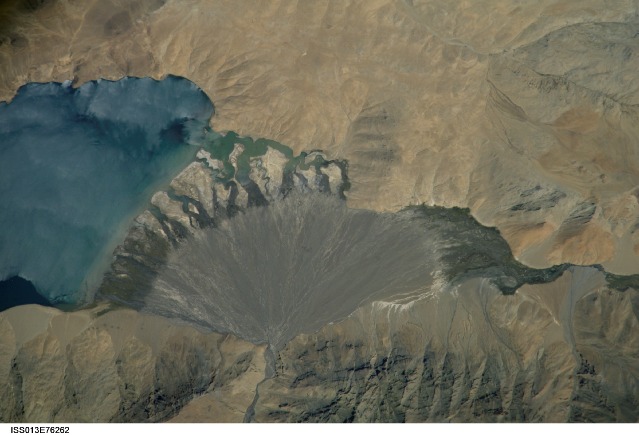 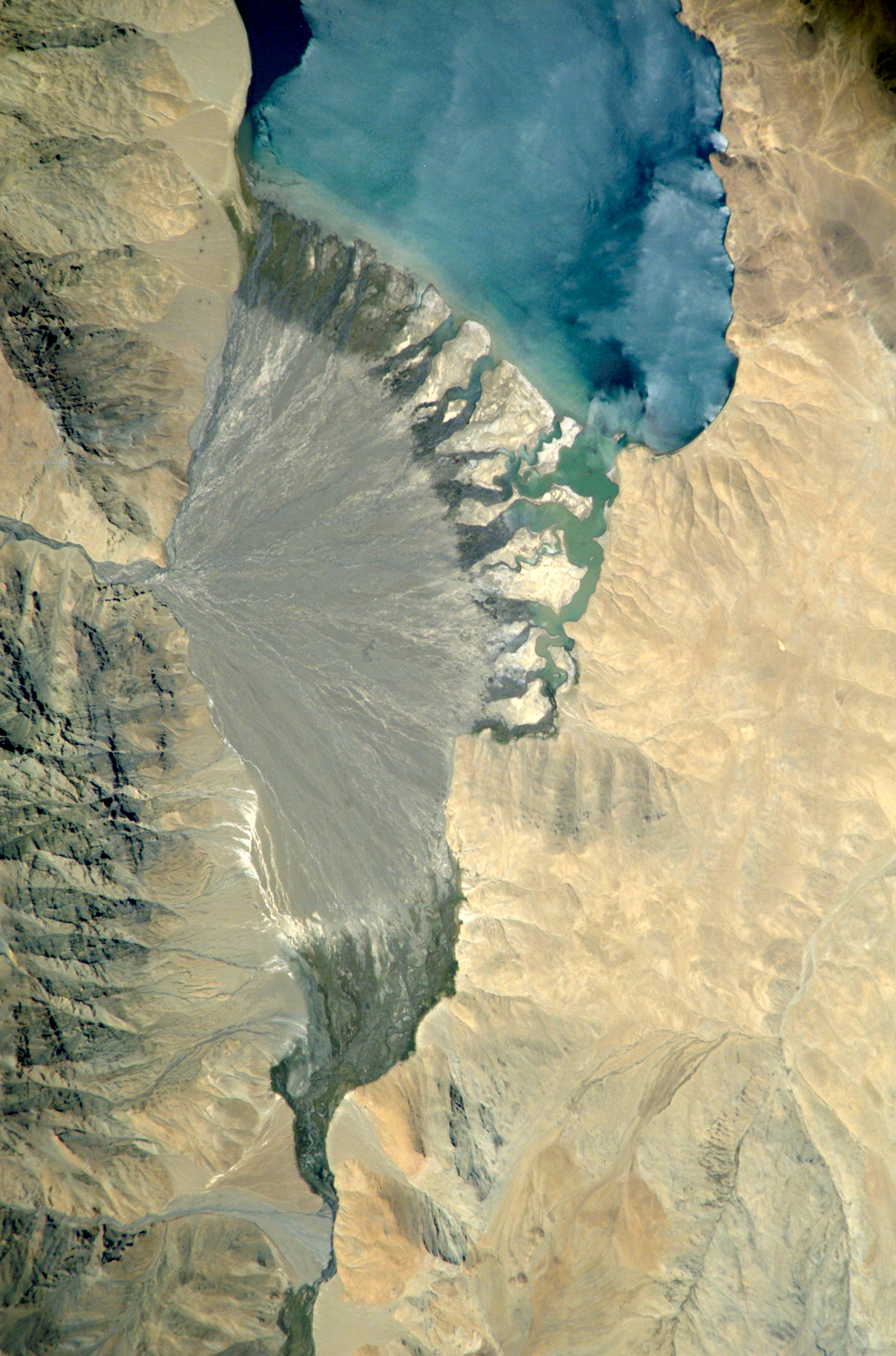 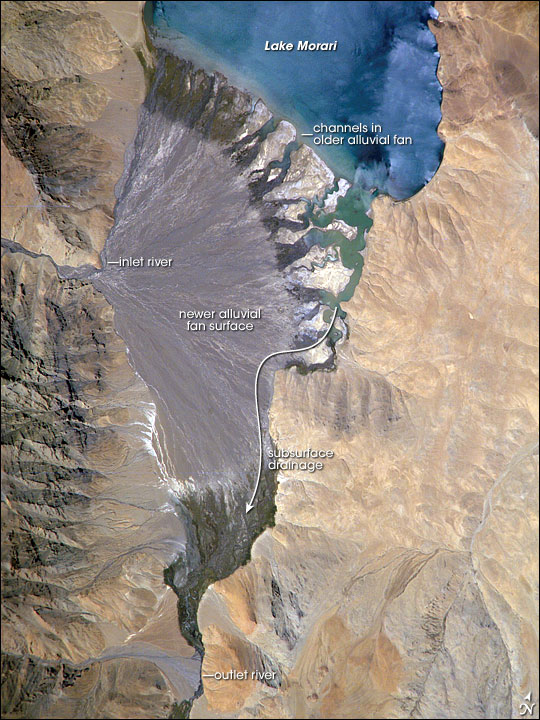 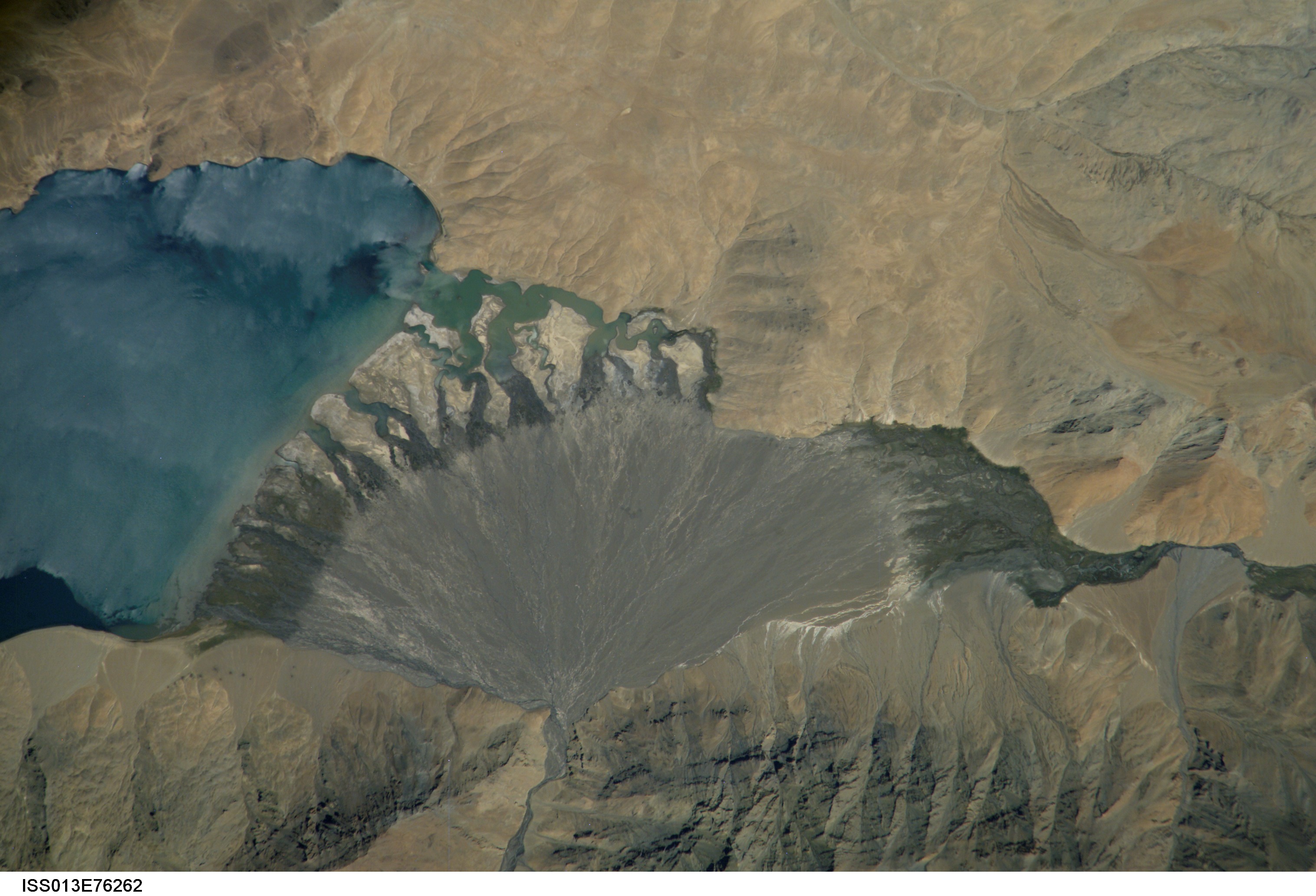 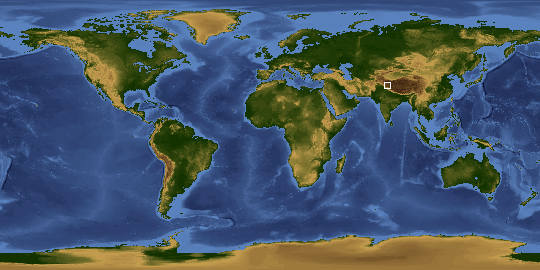 Other options available:
Download Packaged File
Download a Google Earth KML for this Image
View photo footprint information
Image Caption: Lake Morari, Tibet:
Meltwater from glaciers to the east and west drains into Lake Morari, a large lake that lies at an altitude of 4,521 meters (14,830 feet) on the Tibetan Plateau. A stream on the west side provides the lake's main inflow. Mud from this river gives the light blue hues to the lake water. The well-formed alluvial fan (image center), built by sediment from the main inflow river, is the reason the lake has formed at this point in the valley. The fan has dammed up the depression now occupied by Lake Morari, which is approximately 7 kilometers (4 miles) wide in this view. The fan forms the curved southern shore of the lake. The apex of the fan lies fully 40 meters (130 feet) above the level of the lake. The change of color and texture on the fan appears to result from a new influx of gray sediment on top of an older fan that had been carved by several channels.

Interestingly, the alluvial fan also acts as the only outlet of the lake, although no obvious outlet channel can be seen in this detailed astronaut photograph captured on September 4, 2006. South of the fan, an outlet river appears as a green surface, possibly due to aquatic vegetation or algae. Altitude measurements show that the outlet river lies many meters below the lake surface. This means that lake water drains slowly through the permeable sediments of the alluvial fan by subsurface flow, roughly following the line of the arrow. Another, smaller alluvial fan in the south constricts this outlet river.