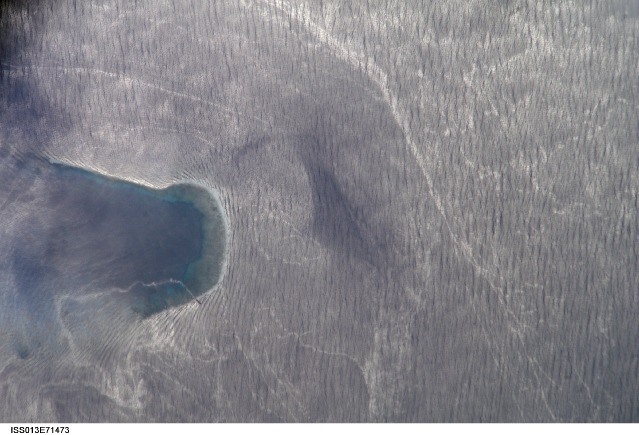 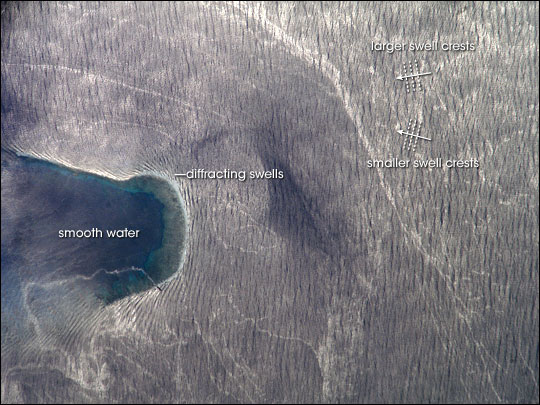 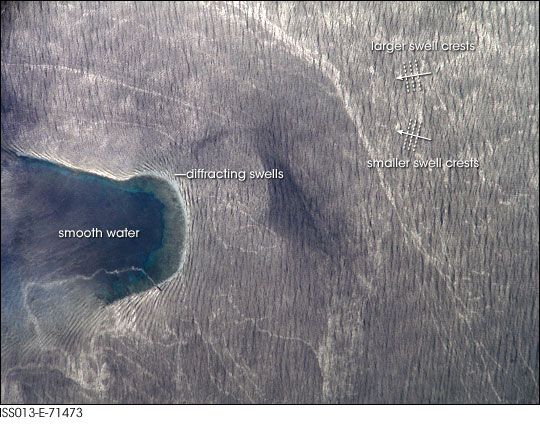 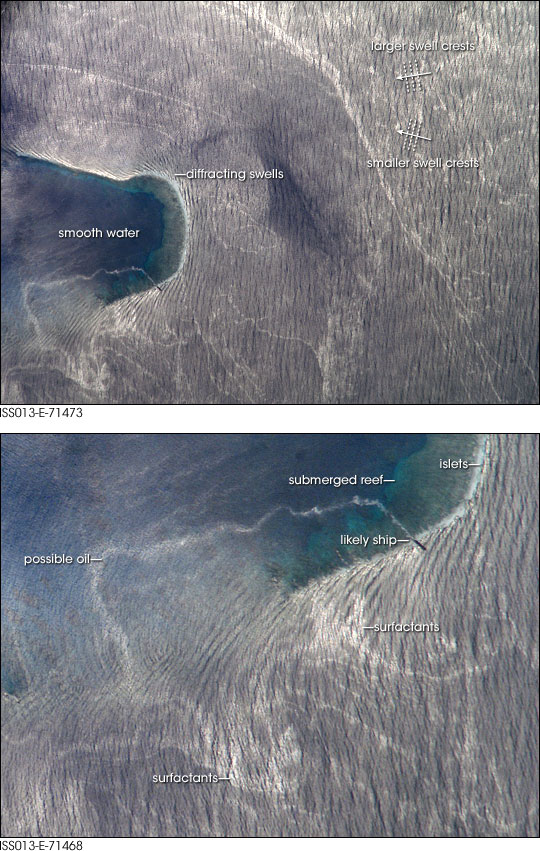 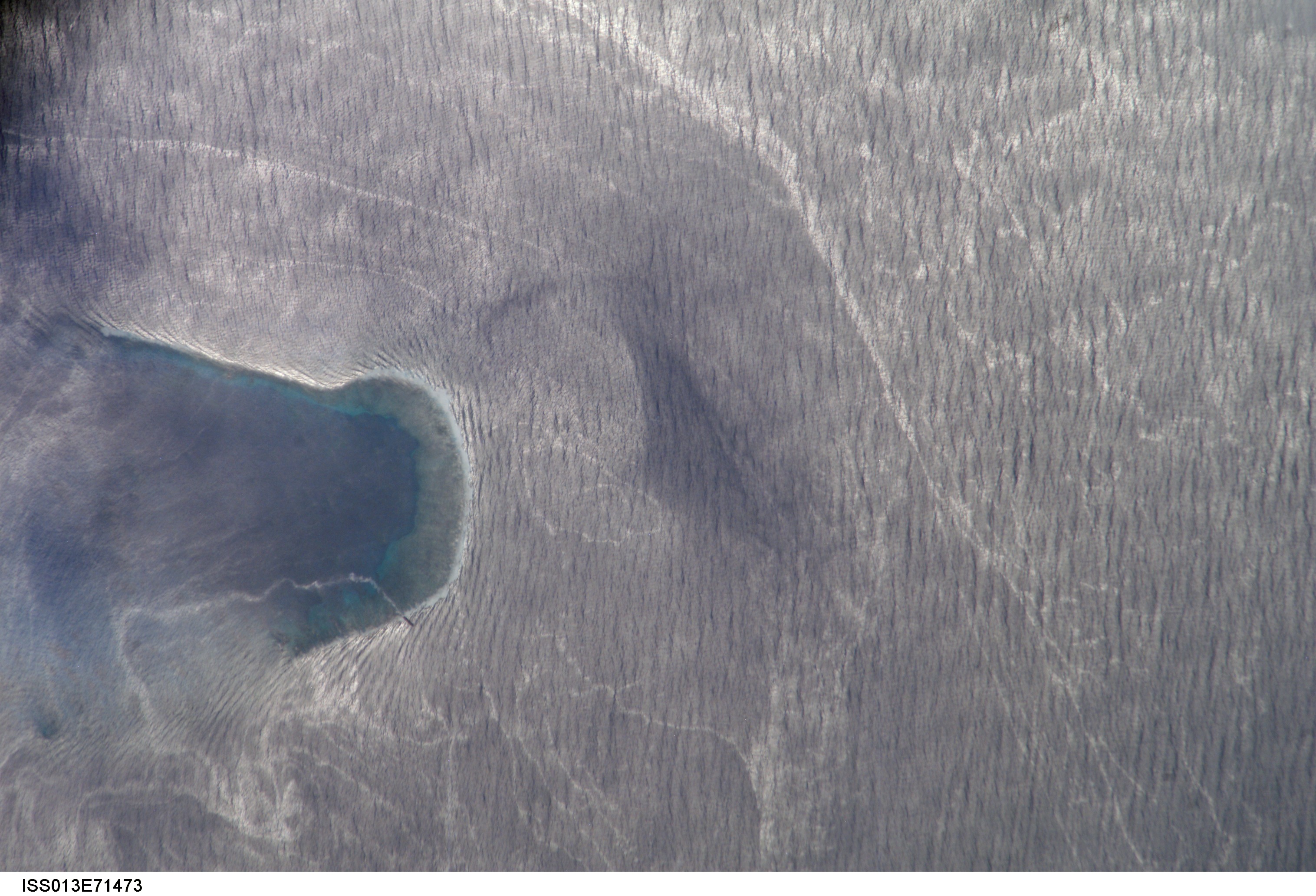 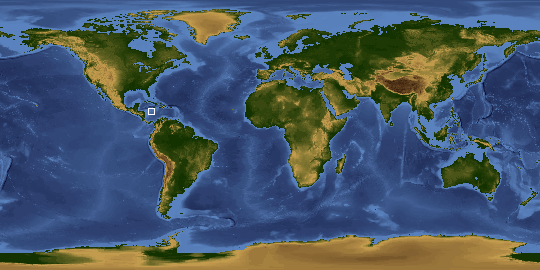 This image shows a wide area of the sea around the cay, which encloses a lagoon. Within the lagoon, the water is calmer, and the submerged reef makes a bright blue outline on the downwind side of the islands. Surrounding the lagoon, silvery ocean swells from slightly different directions crisscross the surface. The swells are generally from the east, coming from the direction of the prevailing winds (generally right to left in this image).

The detailed view (see also ISS013-E-71468) reveals the small, low islands that fringe the upwind side of the lagoon. These islands seem dwarfed by wave swells, which almost appear to wash over them. Superimposed on the regular swell pattern are thin ribbons and zones of highly reflective surfactants, chemicals such as natural or synthetic oils that change the water's surface tension. The surfactants trace additional water dynamics around the edges of the reef, following swirling eddies. The dark, rod-shaped object near upper right is likely a ship that navigated into the reef's shoals. It appears to be trailing an oily substance, which makes an iridescent ribbon along the south side of the lagoon.

The very bright appearance of the Caribbean Sea in these images results from sunglint. Sunglint occurs when the Sun's light bounces off the ocean's surface and directly back into a satellite sensor's field of view or a camera's lens. While sunglint can create a washed-out appearance to the surface in some situations, it may also reveal details that aren't visible in other lighting conditions. For example, in many space-based images, the ocean surface appears as a flat, nearly featureless blue expanse.