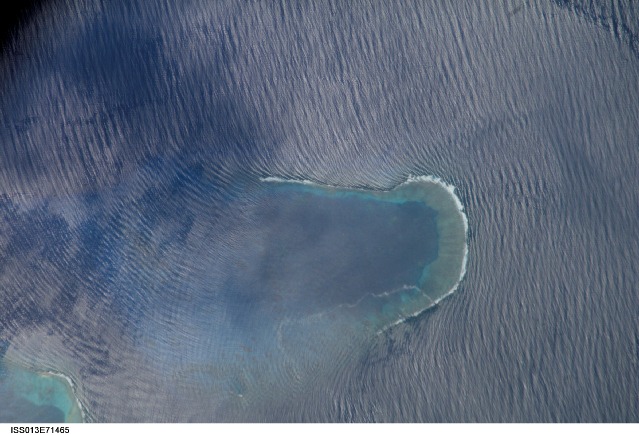 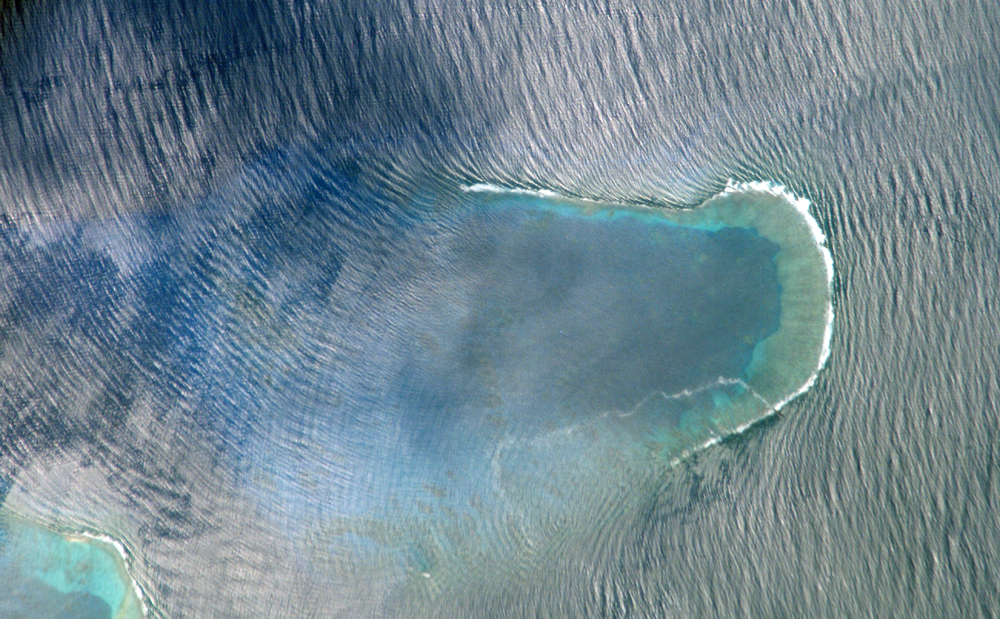 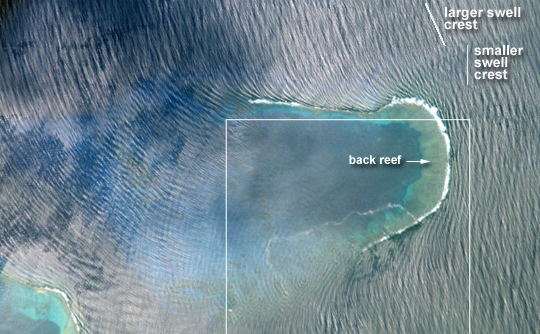 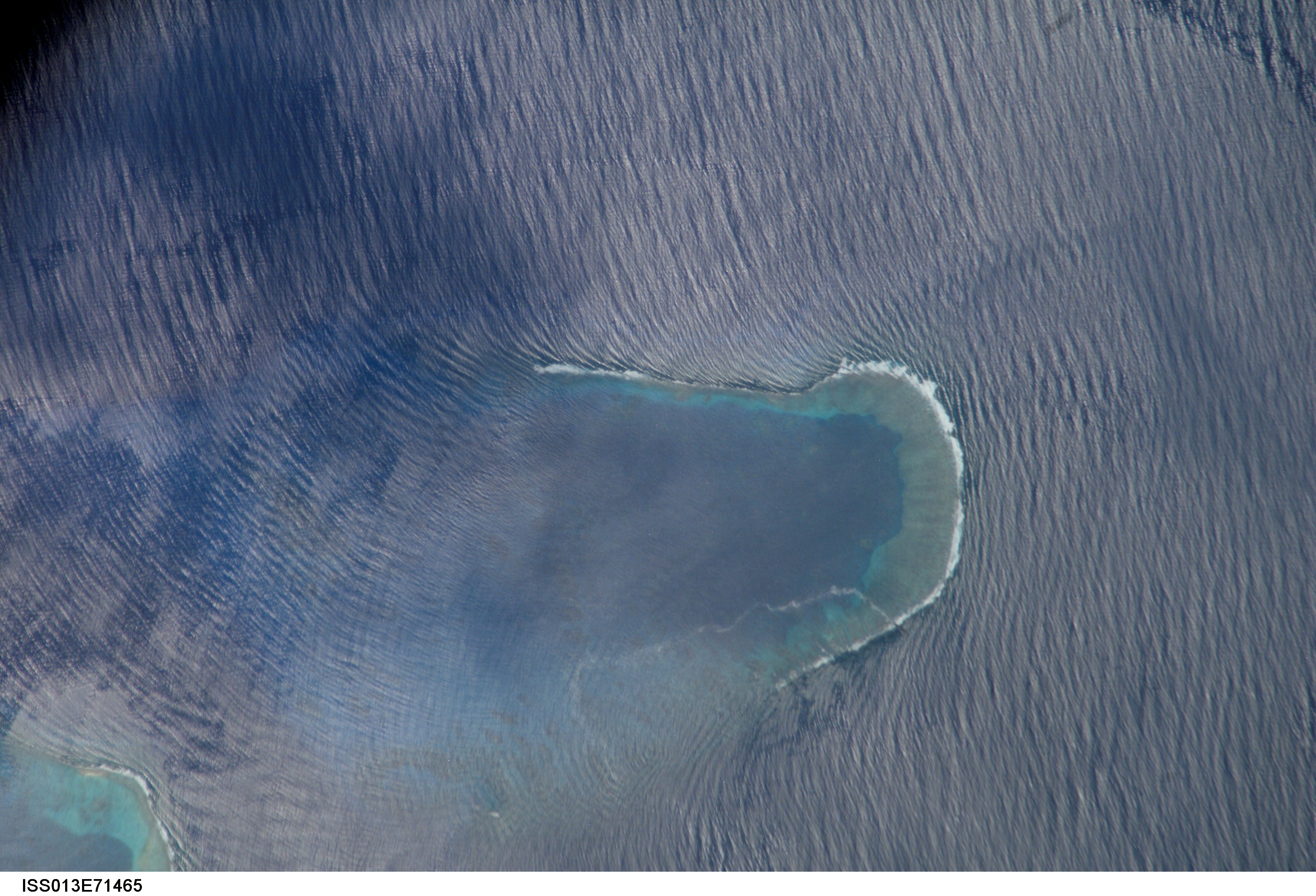 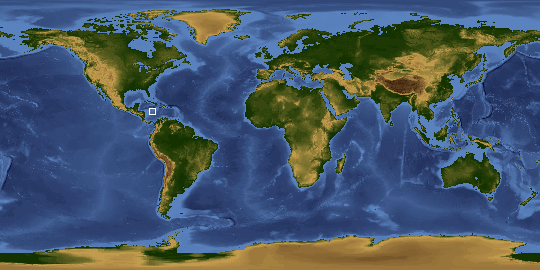 Other options available:
Download Packaged File
Download a Google Earth KML for this Image
View photo footprint information
Image Caption: ISS013-E-71465 (27 Aug. 2006) --- Bajo Nuevo Reef in the western Caribbean Sea is featured in this image photographed by an Expedition 13 crewmember on the International Space Station. The Bajo Nuevo reef is approximately 26 kilometers long, comprising two separate U-shaped cays, with only tiny sandy islands associated with them. The eastern cay, shown in this image, encloses a lagoon. Protected from open-sea swells, the water surface is calmer and some back reef detail is visible within the lagoon. Cloud shadows darken the top left corner. The clearest feature is the broad pattern of swells which show two slightly different orientations, producing a tightly crossed pattern. These swells are oriented transverse to the wind direction and were probably set in motion by two different storms hundreds of kilometers east of the reef. A single irregular line of light color--also suggestive of surface oil--traces a path along the south side of the lagoon.