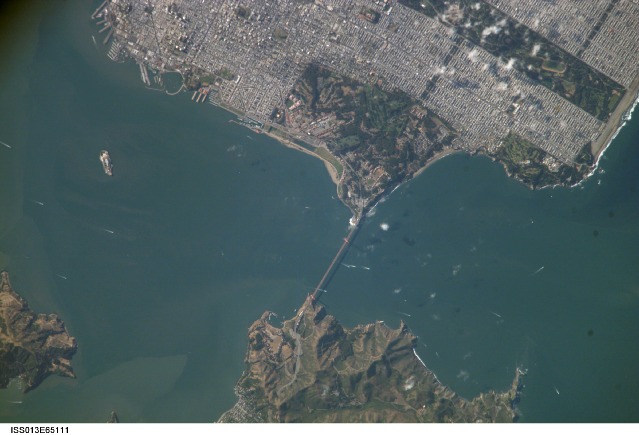 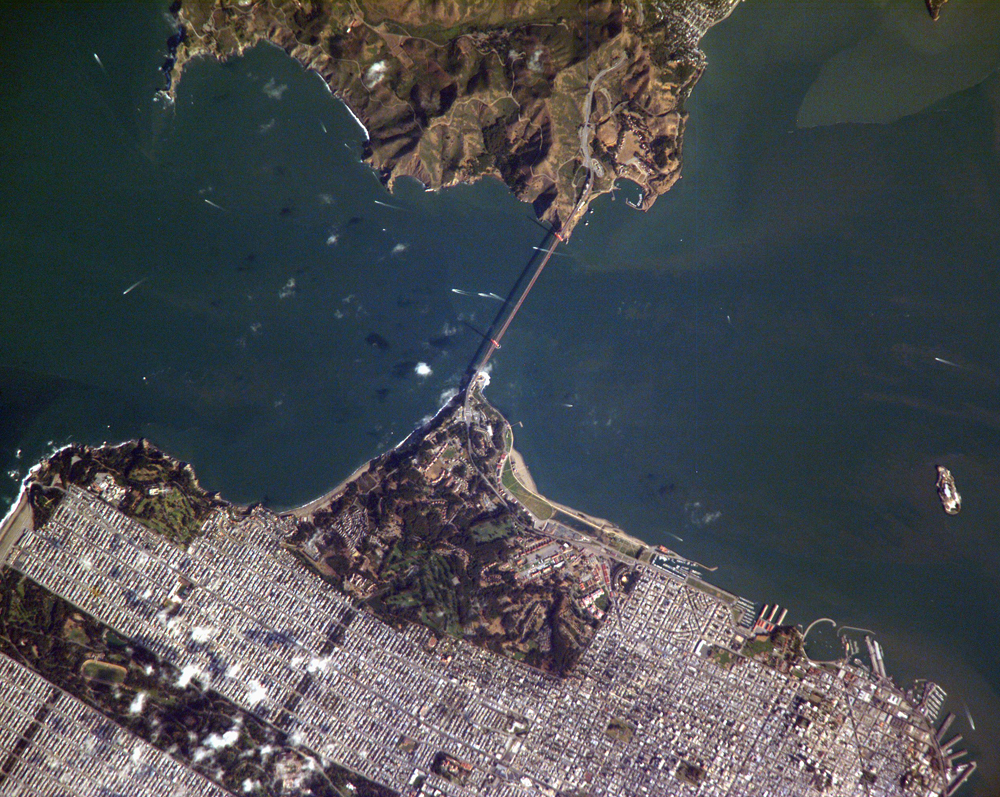 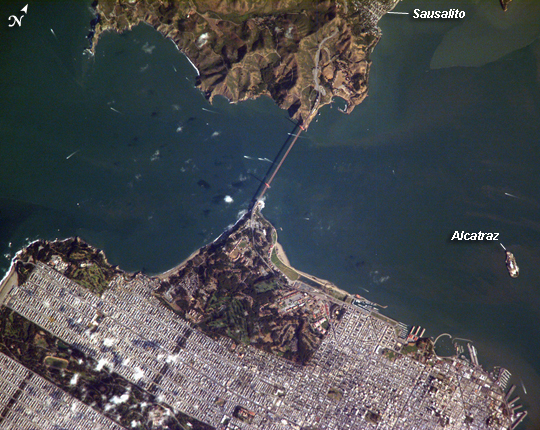 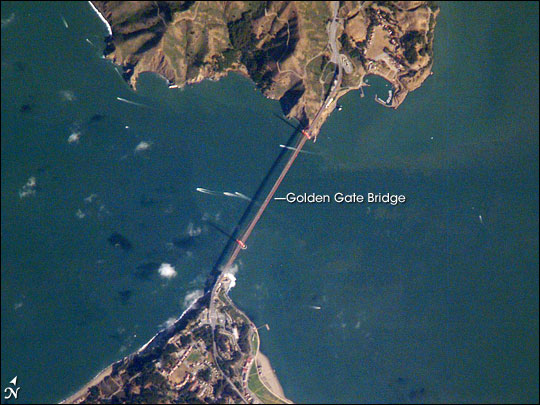 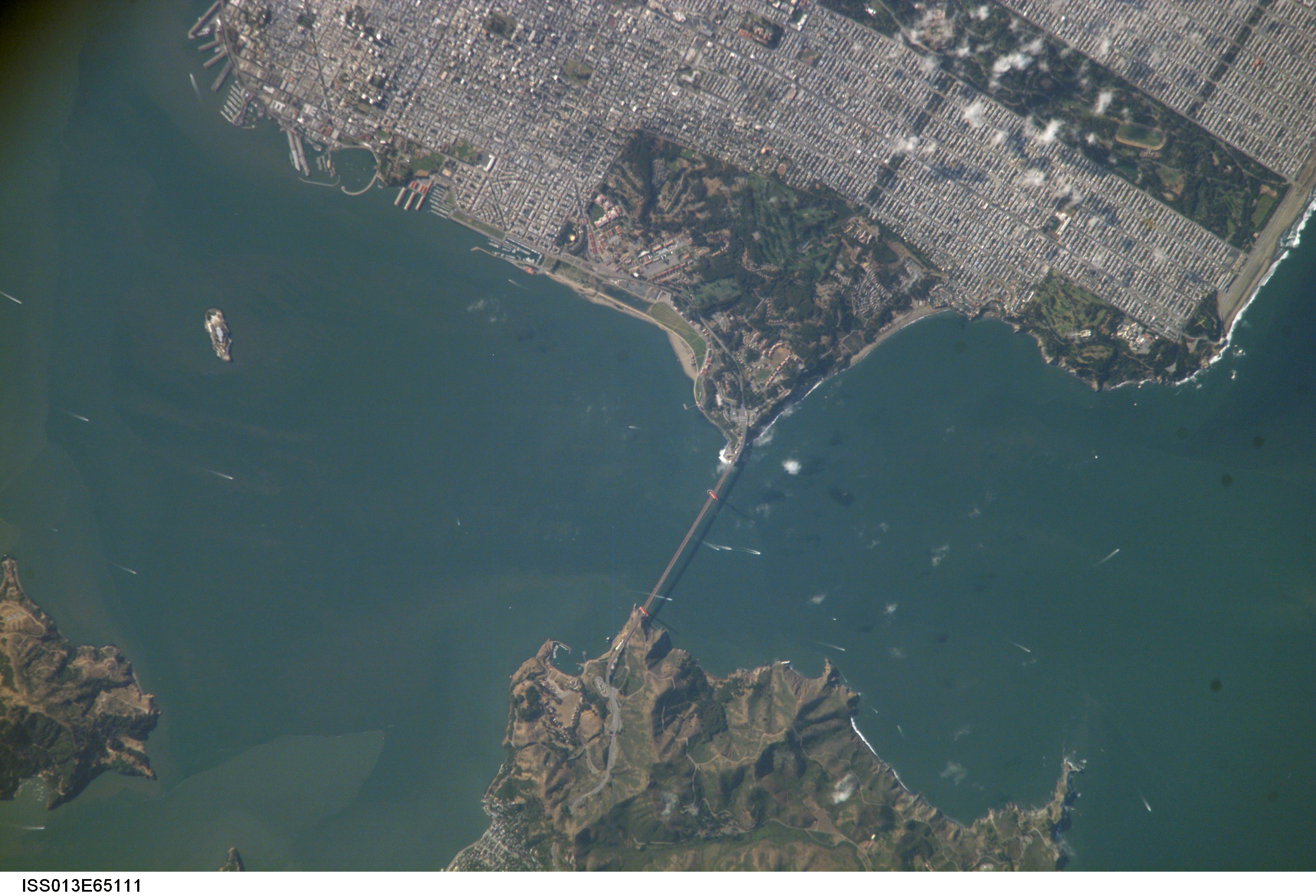 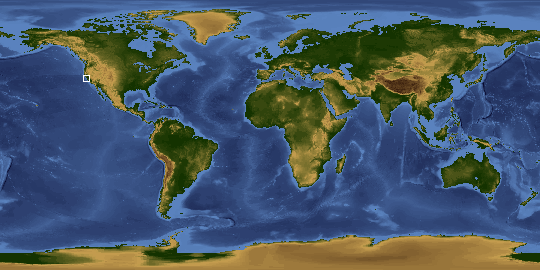 Other options available:
Download Packaged File
Download a Google Earth KML for this Image
View photo footprint information
Image Caption: ISS013-E-65111 (6 Aug. 2006) --- Golden Gate, San Francisco, CA is featured in this image photographed by an Expedition 13 crewmember on the International Space Station. The Golden Gate of San Francisco Bay is one of the most recognizable straits in the world due to the Golden Gate Bridge that spans it. This image is a nearly cloud-free view of the northern San Francisco metropolitan area. The gridded pattern of streets, residential neighborhoods, and high-rise commercial blocks is clearly evident in the top half of the image. The twin support towers of the Golden Gate Bridge and its distinctive orange paint scheme can also be distinguished. The vegetated landscape of a portion of the Golden Gate National Recreation Area (green rectangular region at image center) connects the Bridge with steep, less vegetated hill slopes south of the city of Sausalito across the strait. Other features in this view include the former prison of Alcatraz, located on the island of the same name. Numerous boat wakes of commercial and pleasure craft are visible beneath and to the west of the Bridge. The shadow of the roadbed of the Bridge can be seen directly to the west of the Bridge itself. Regions of greenish-brown water visible in San Francisco Bay mark water masses with differing amounts of suspended sediment that are streamlined by the strong tidal currents that flow through the strait.