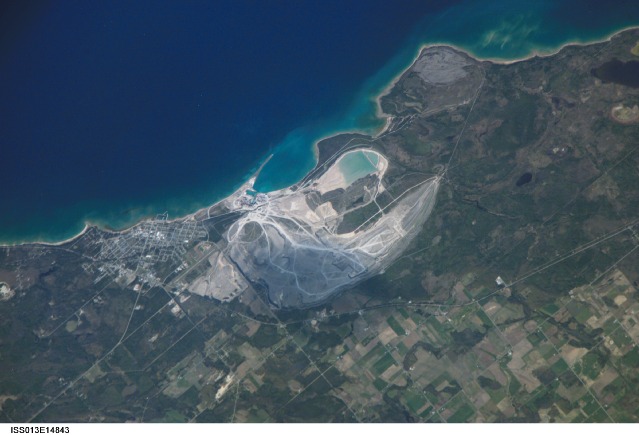 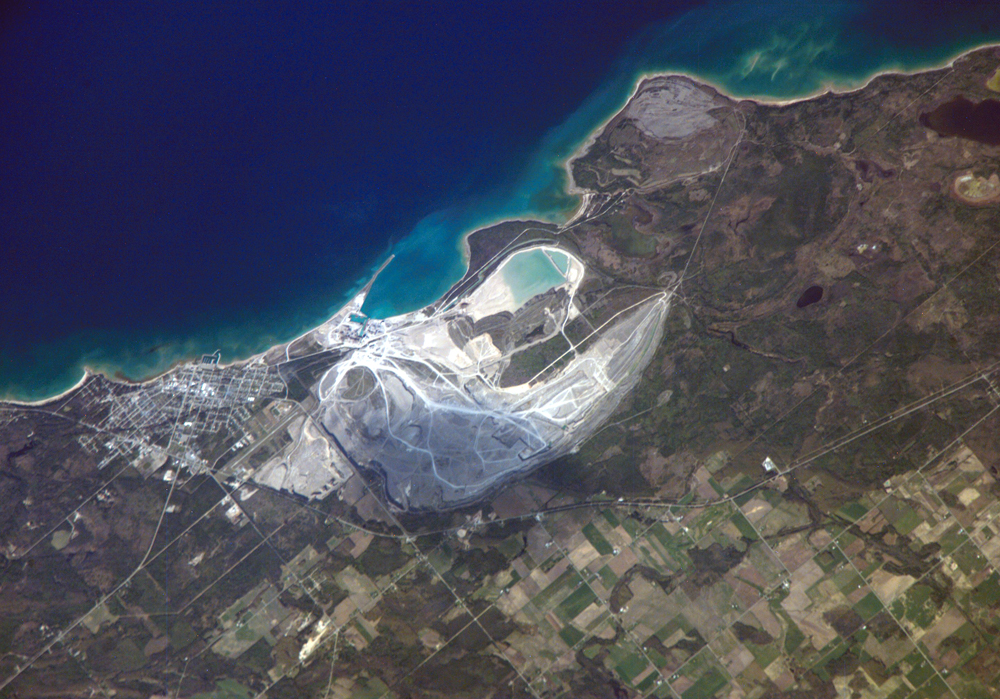 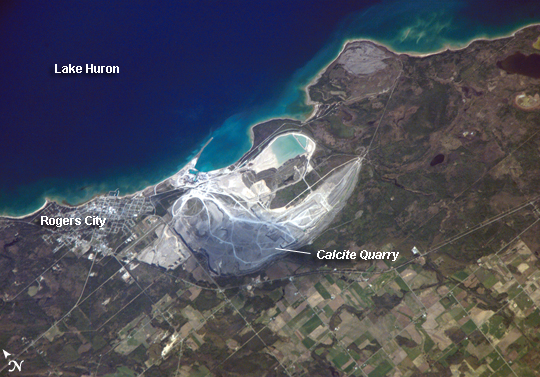 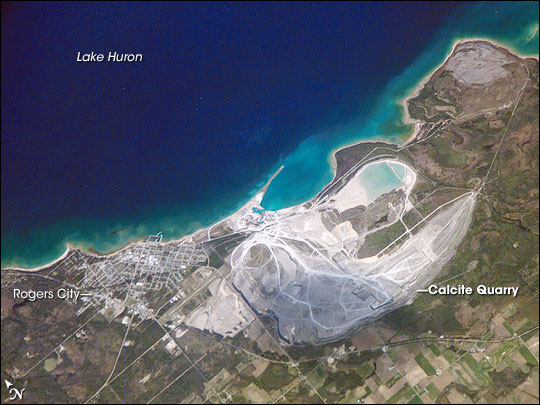 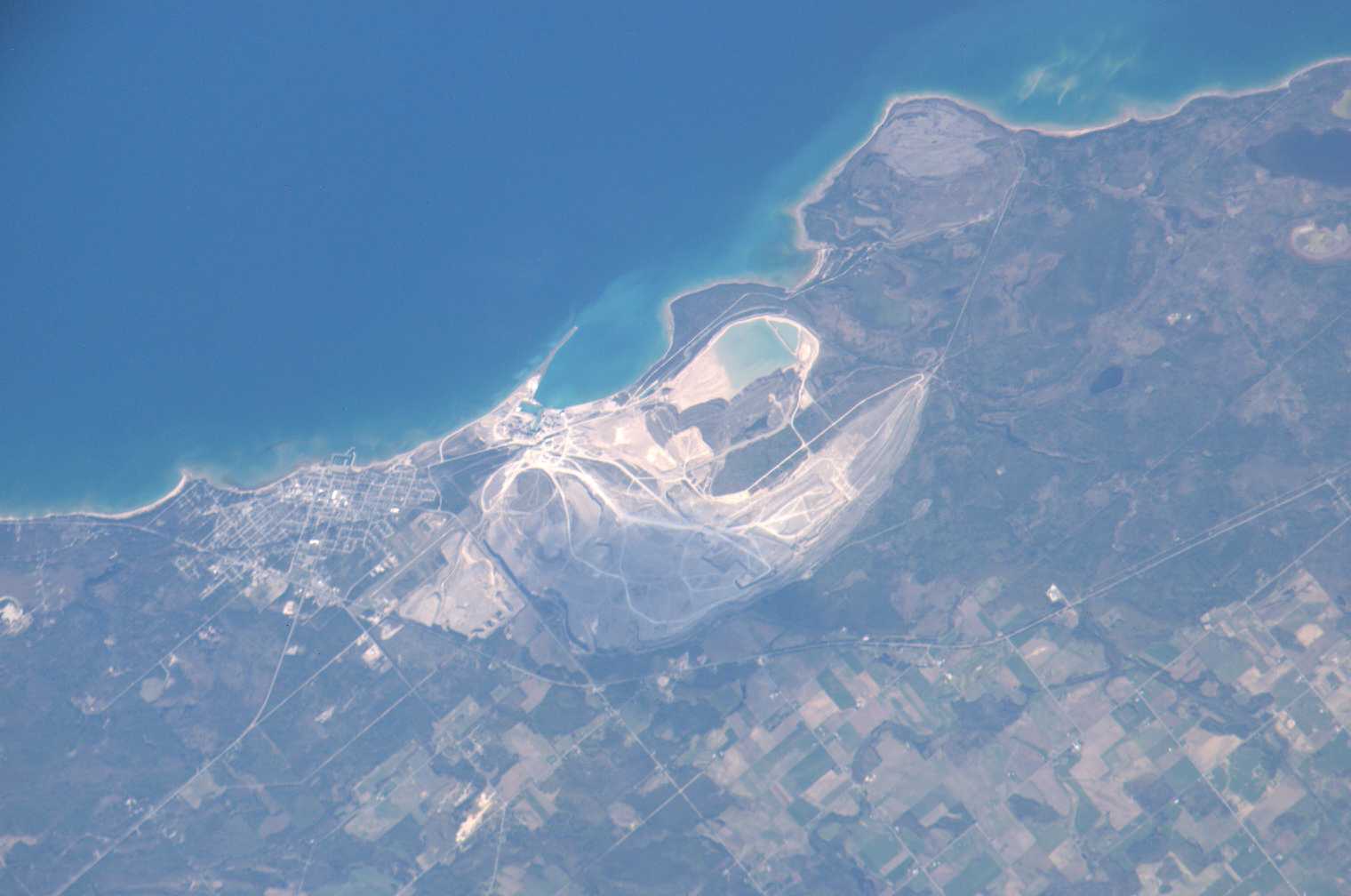 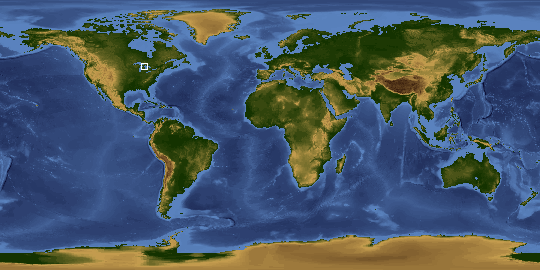 While the Great Lakes region of North America is well known for its importance to shipping between the United States, Canada, and the Atlantic Ocean, it is also the location of an impressive structure in the continent's bedrock: the Michigan Basin. Formed during the Paleozoic Era (approximately 540-250 million years ago) the Basin looks much like a large bullseye defined by the arrangement of exposed rock layers that all tilt inwards, forming a huge bowl-shaped structure. While this "bowl" is not readily apparent from the ground, detailed mapping of the rock units on a regional scale revealed the structure to geologists. The outer layers of the Basin include thick deposits of carbonates--rocks containing carbon and oxygen, such as limestone--deposited over millions of years when a shallow sea covered the region.

These carbonate rocks are mined throughout the Great Lakes region using large open-pit mines. The largest carbonate mine in the world, Calcite Quarry, appears in this astronaut photograph. The mine has been active for over 85 years. The worked area (grey region in image center) measures approximately 7 kilometers long by 4 kilometers wide, and it is crossed by several access roads (white). The rocks are processed to create crushed aggregate, building stone, soil enhancers, lime, additives to steel, and a host of other products. Calcite Quarry ships between 7 and 10.5 million tons of material each year, thanks to the quarry's location on the shores of Lake Huron. Nearby Rogers City was once a typical mining company town, but over time it has expanded its economic base as a summer retreat for sailing and tourism.