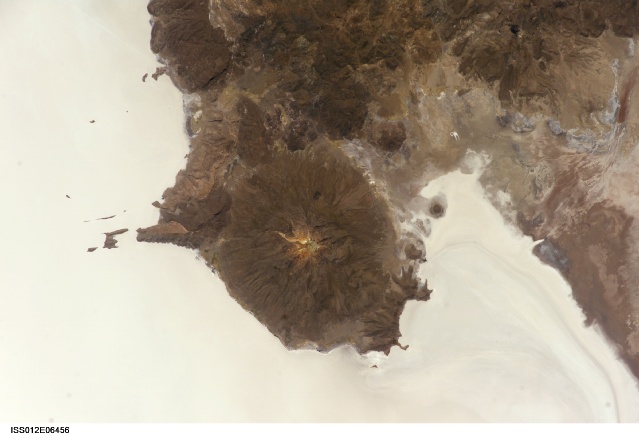 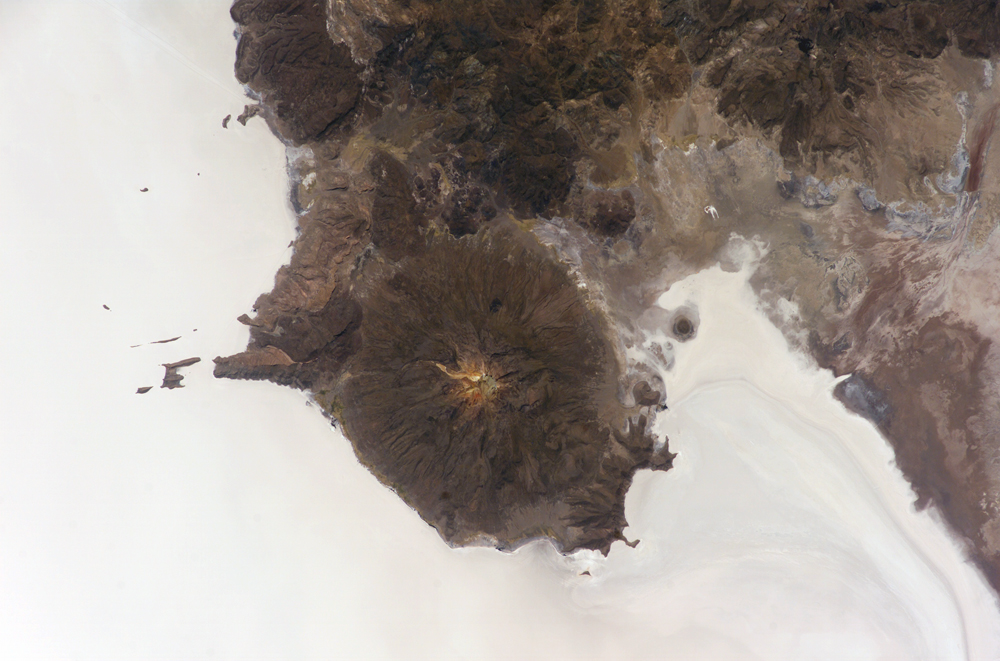 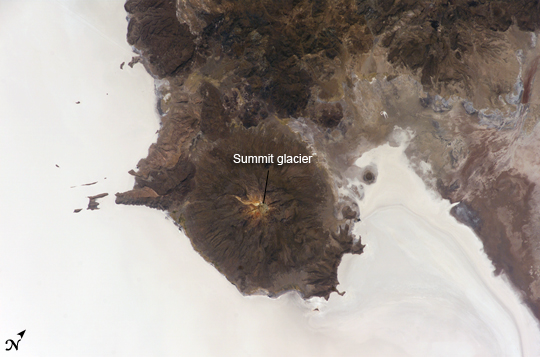 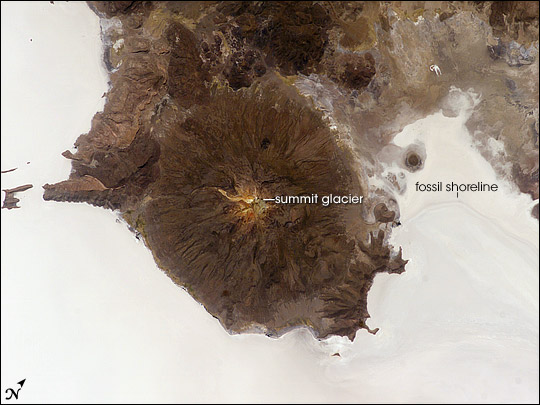 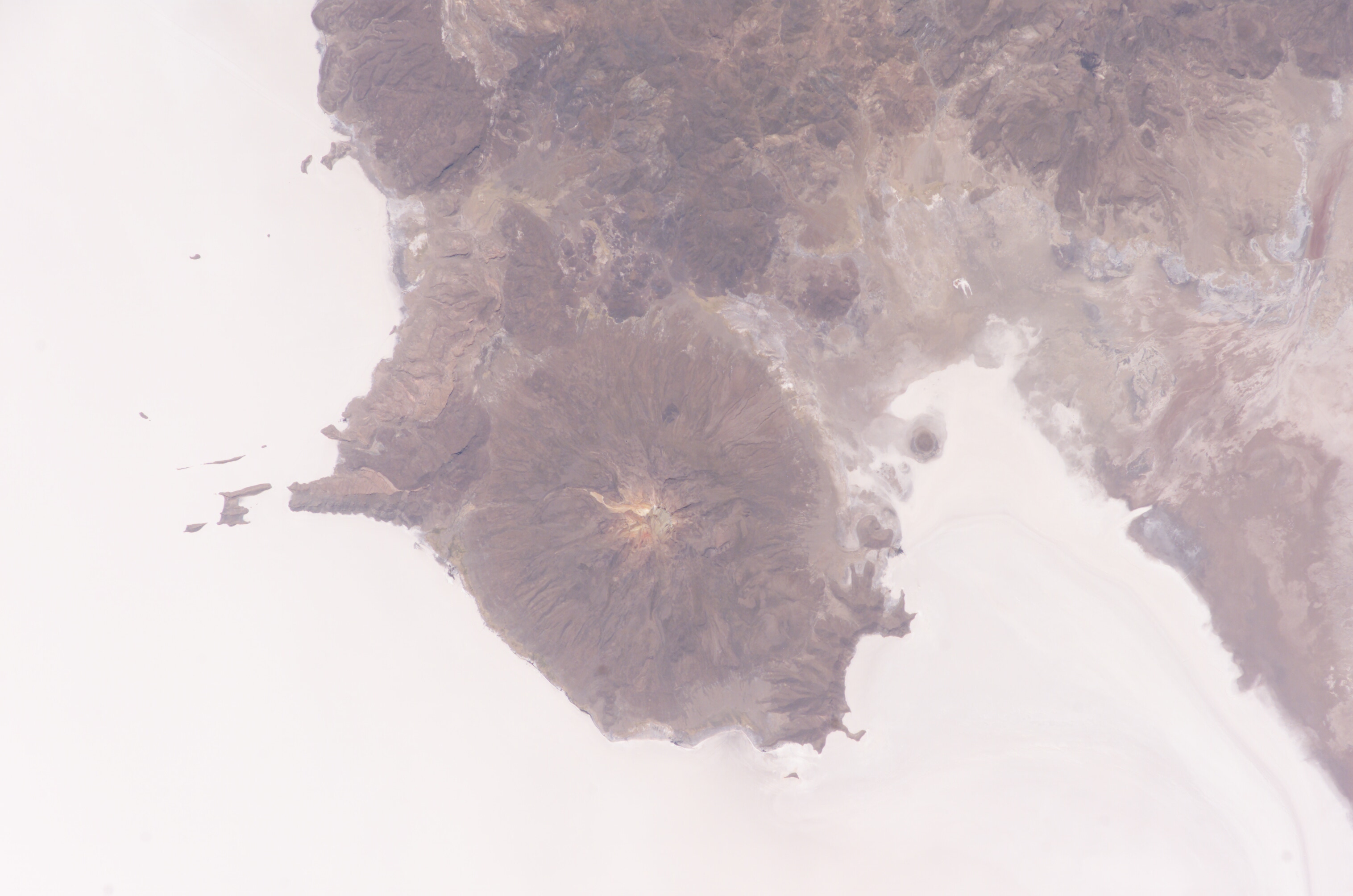 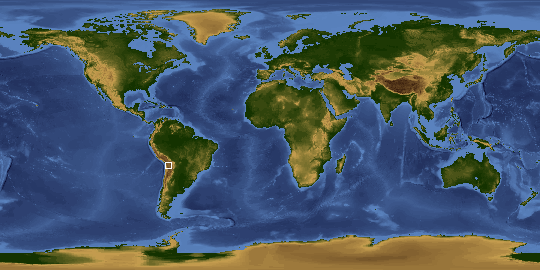 The largest salar (salt flat) in the world, Salar de Uyuni, is located within the Altiplano of Bolivia in South America. The Altiplano is a high plateau formed during uplift of the Andes Mountains. The plateau harbors fresh and saltwater lakes, together with salars, that are surrounded by mountains with no drainage outlets--all at elevations greater than 3,659 meters (12,000 feet) above mean sea level. The Salar de Uyuni covers approximately 8,000 square kilometers (3,100 square miles), and it is a major transport route across the Bolivian Altiplano due to its flatness.

This astronaut photograph features the northern end of the salar and the dormant volcano Mount Tunupa (image center). This mountain is high enough to support a summit glacier, and enough rain falls on the windward slopes to provide water for small communities along the base. The dark volcanic rocks comprising Mt. Tunupa are in sharp contrast with the white, mineral-crusted surface of the salar. The major minerals are halite--common table salt--and gypsum--a common component of drywall.

Relict shorelines visible in the surface salt deposits (lower right of the image) attest to the occasional presence of small amounts of water in the salar. Sediments in the salar basin record fluctuations in water levels that occurred as the lake that once occupied the salar evaporated. These sediments provide a valuable paleoclimate record for the region. The dynamic geological history of the Altiplano is recorded in isolated "islands" within the salt flat (image left); these islands are typically built from fossil coral reefs covered by Andean volcanic rocks.