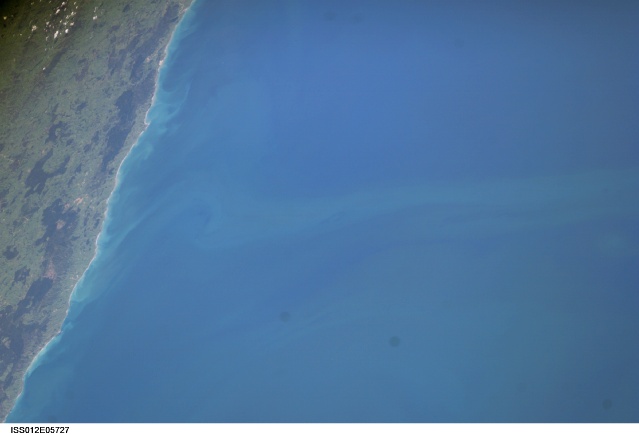 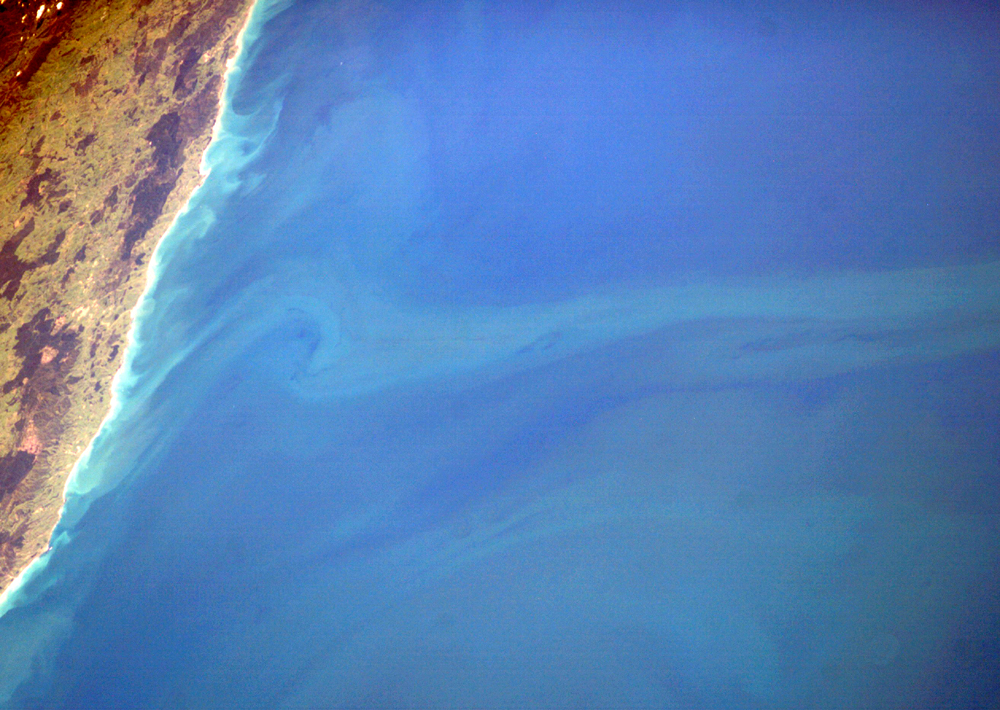 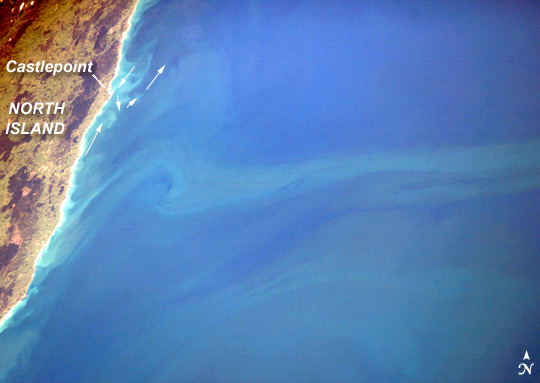 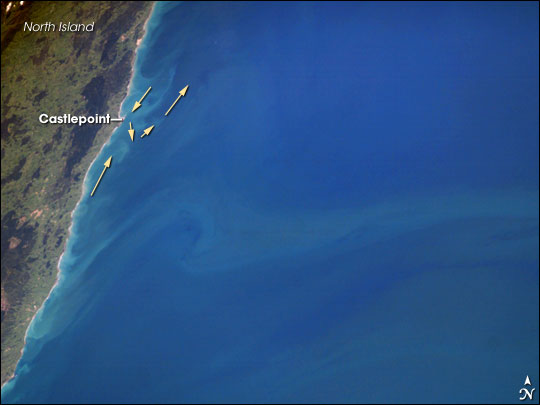 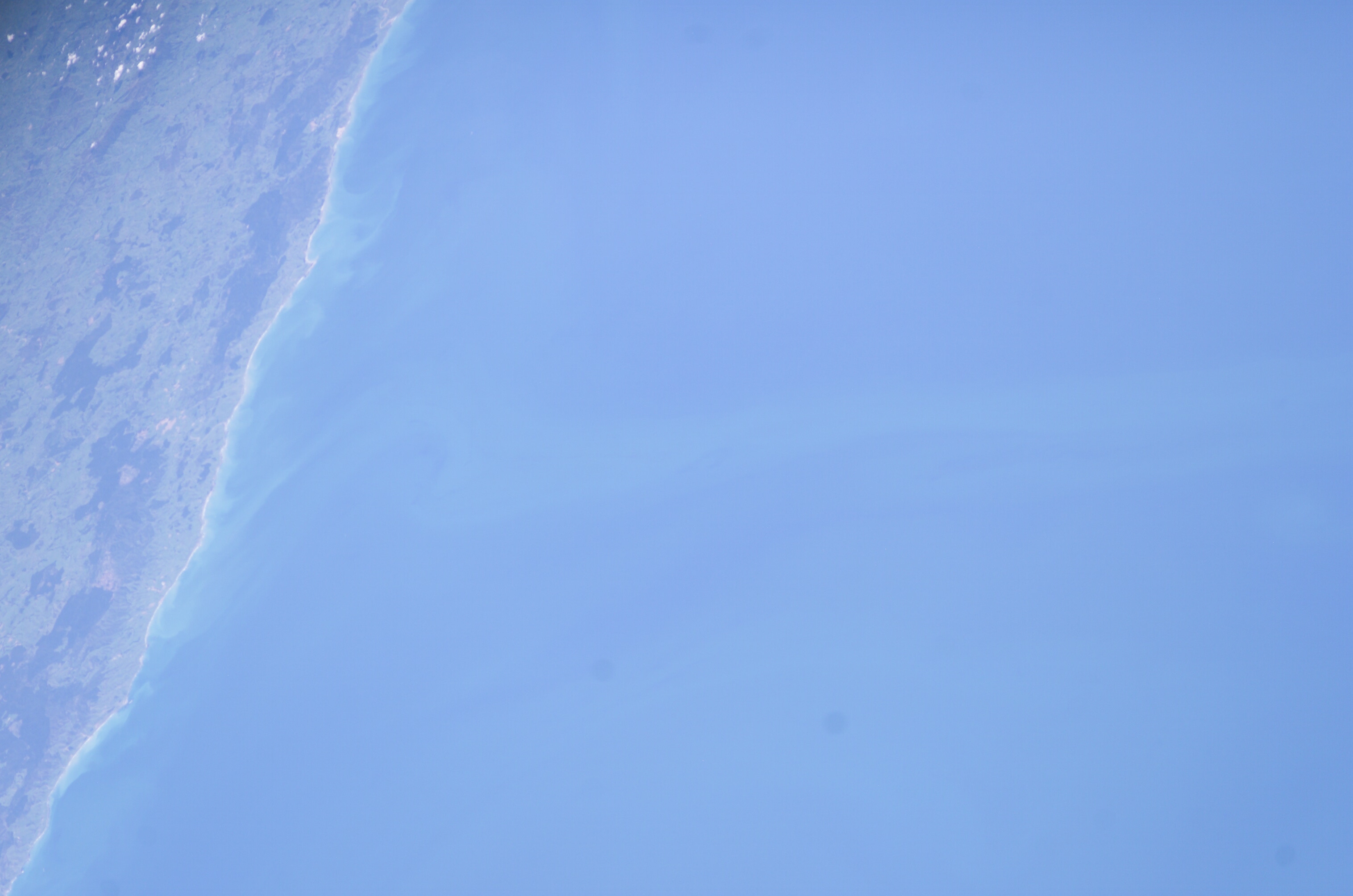 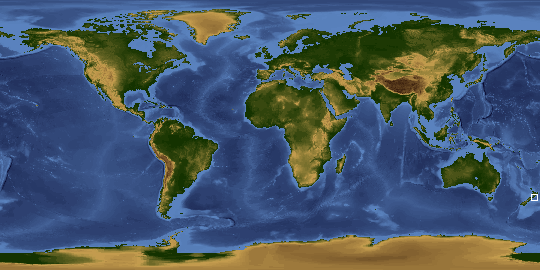 Along the Pacific coast of New Zealand's North Island, the advance of austral spring returns the sunlight needed to spur phytoplankton blooms. In the center of this slightly enhanced image captured on October 27, 2005, a plume extends from the coastline (near Castlepoint in the southern part of North Island) and rotates in an offshore eddy. Another broader swath of less-intensely colored plankton appears in the lower part of the picture. Both plankton masses are being swept offshore (eastward) by waters of the Antarctic Circumpolar Current.

Large areas of plankton production occur at about 40 degrees South latitude along the convergence zone--known as the Subtropical Front--between the Antarctic Circumpolar Current and subtropical waters. The converging of the different water masses mixes and disperses nutrients, with plankton blooms appearing when spring lighting becomes strong enough. The convergence zone extends generally east-west at about the latitude of Cook Strait, which divides New Zealand's North and South Islands (not visible). Satellite imagery shows that the plankton blooms in this image extended fully 8 degrees of longitude eastward, past the Chatham Islands.

Smaller, brightly colored eddies along the coastline are sediment plumes generated by wave action and supplied by rivers. The coastal sediment patterns reveal the precise location of the convergence zone. Castlepoint marks a change in coastline orientation but also a change in nearshore current direction: south of Castlepoint sediment is moved by the north-flowing Antarctic Circumpolar Current. But north of Castlepoint, nearshore sediment is transported southwards by currents in the subtropical waters, before being caught up in the Antarctic Circumpolar Current (arrows indicate current directions).