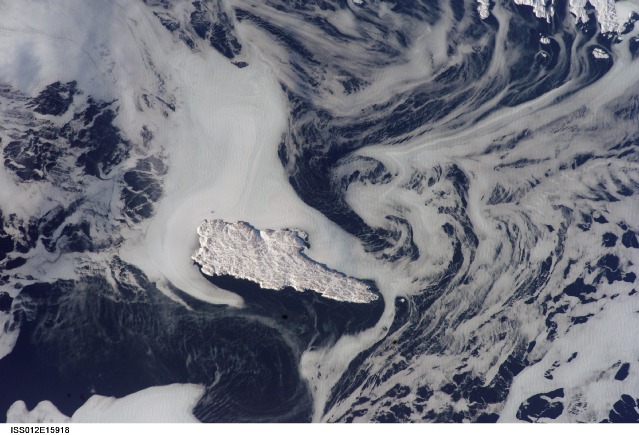 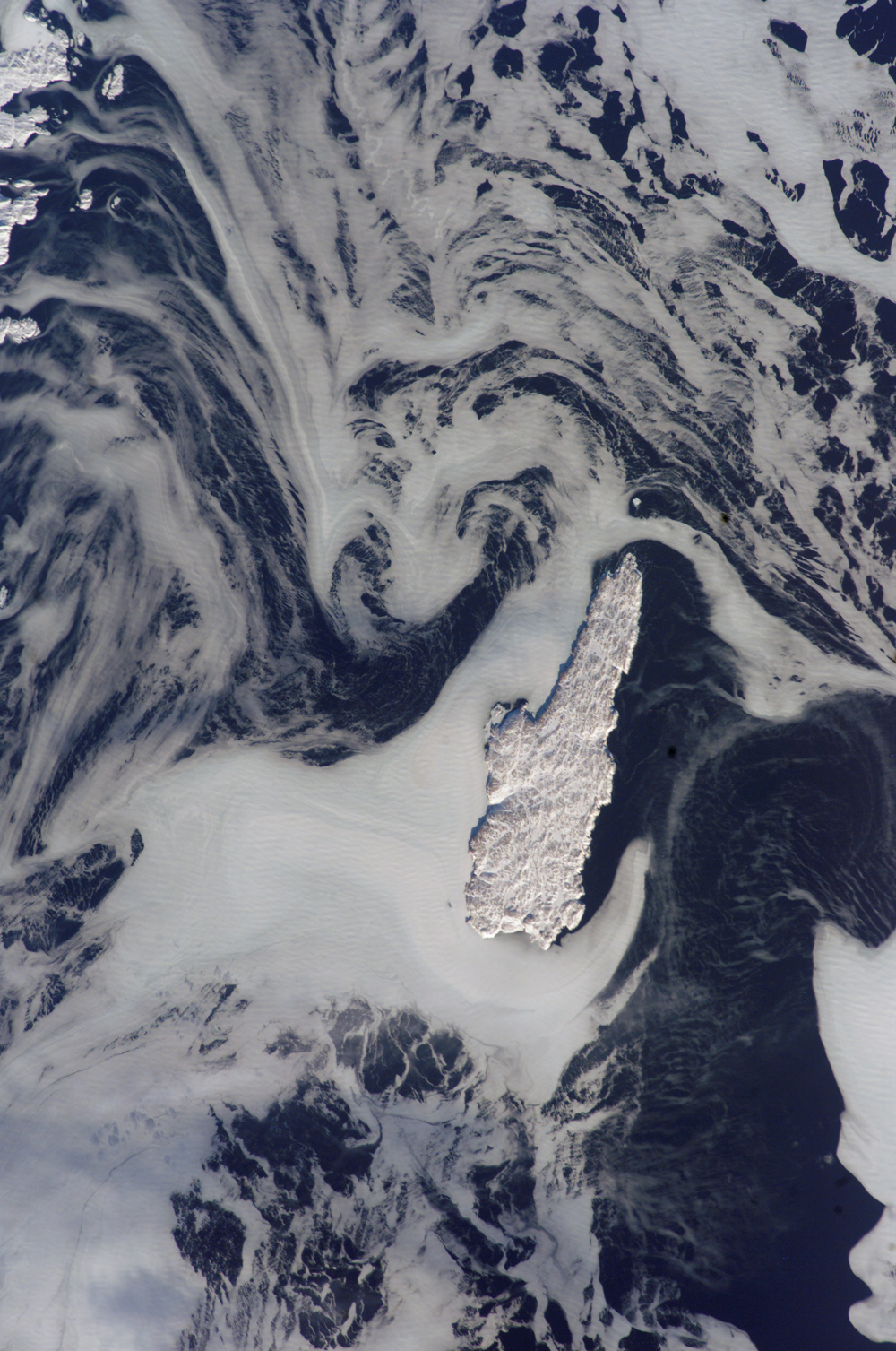 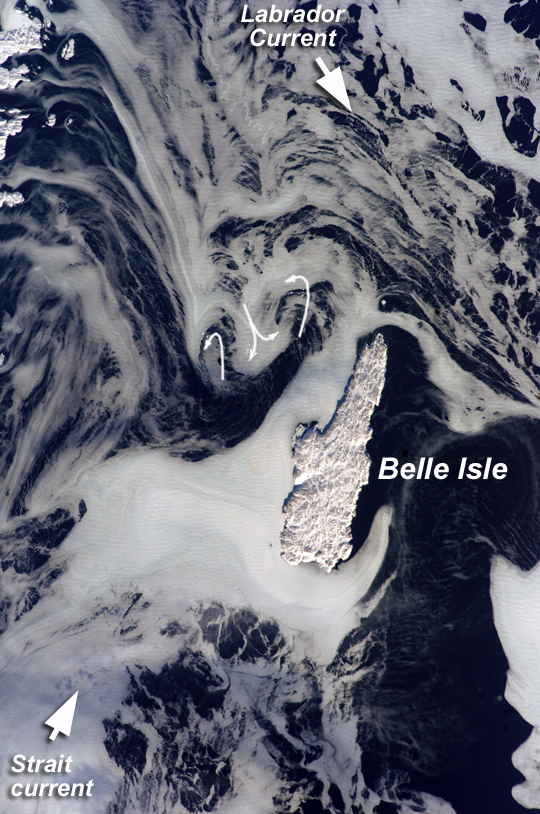 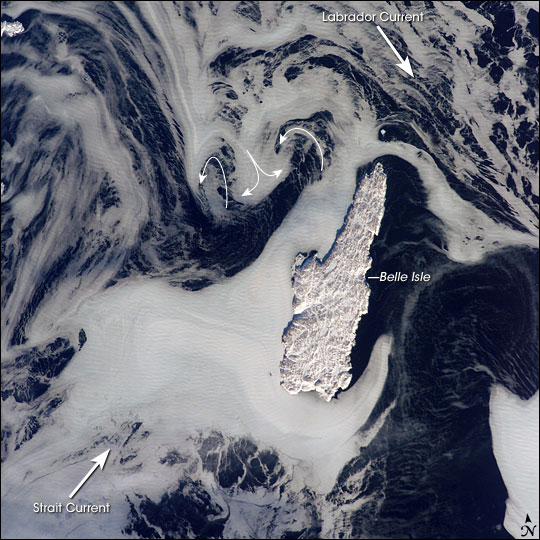 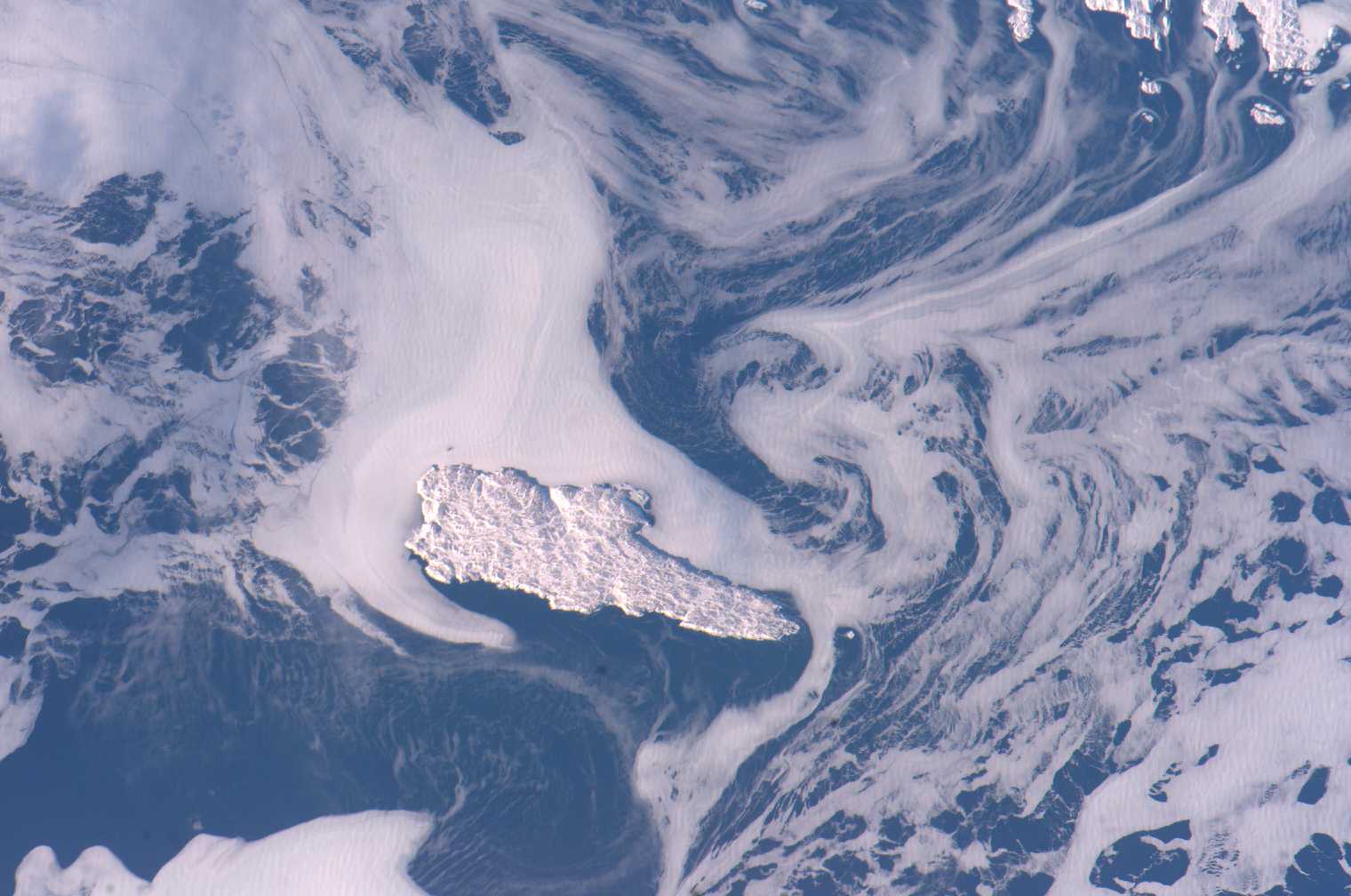 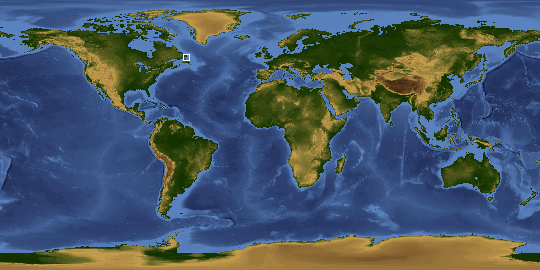 Belle Isle (center) is surrounded by sea ice in this recent winter view taken from the International Space Station. Belle Isle lies in the Belle Isle Strait between the island of Newfoundland and Labrador (the mainland portion of Canada's Newfoundland province). A portion of a small island along the coast of Labrador appears in the top left corner.

Belle Isle lies in a key location; it's on the shortest shipping lane between the Great Lakes and Europe, and also on the main north-south shipping route to Hudson Bay and the Northwest Territories. Snow and ice hide the dozens of glacier-scoured lakes that dot the surface of the island. The single community of Belle Isle Landing on the southeast tip is equally hard to see.

Ice patterns show that the island lies at the meeting point of two sea currents (larger arrows). The Labrador Current flows from the northwest (top left), and a smaller current, driven by dominant westerly winds, flows from the southwest (lower left). Flow lines in sea ice give a sense of the movement of the ice. Ice floes embedded in the Labrador Current appear in the upper part of the picture as a relatively open pattern. Sea ice with a denser pattern enters from the lower left corner, banking against the west side of Belle Isle. Tendrils flow around capes at either end of the island, with an ice-free "shadow" on the opposite, downstream side. Eddies (curved arrows) in the ice patterns show where the currents interact north and west of the island.