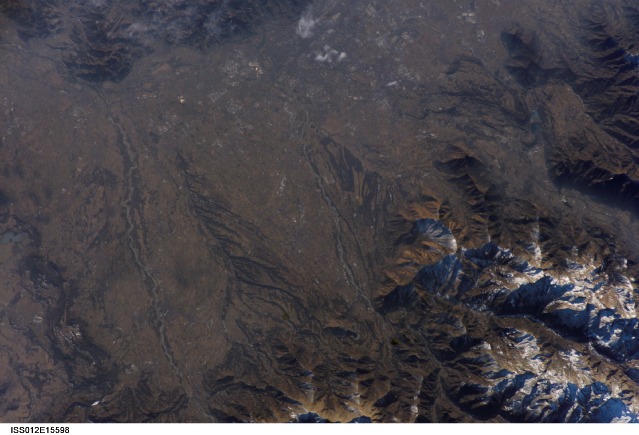 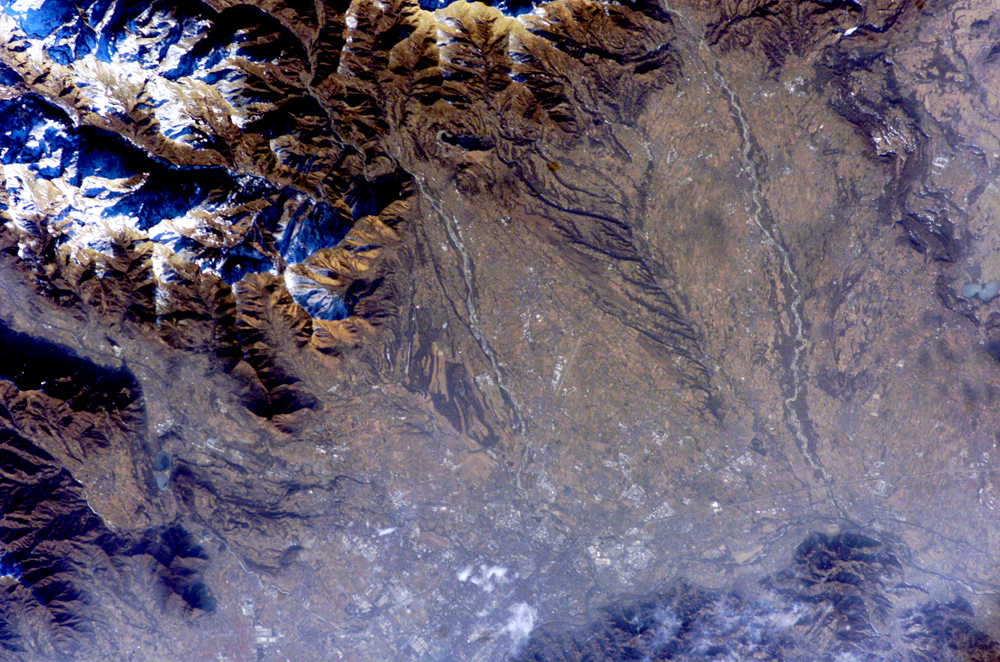 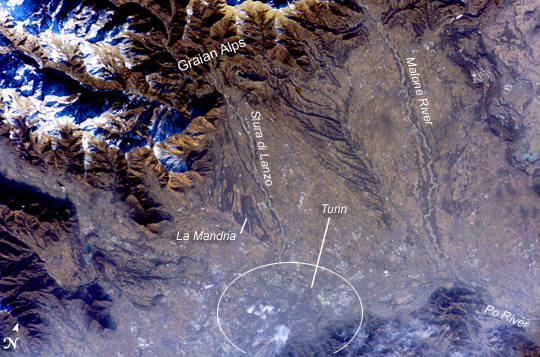 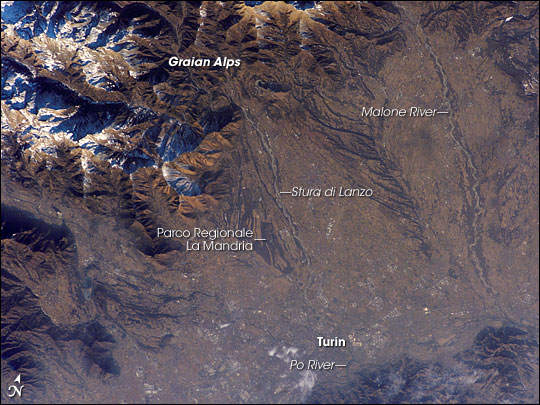 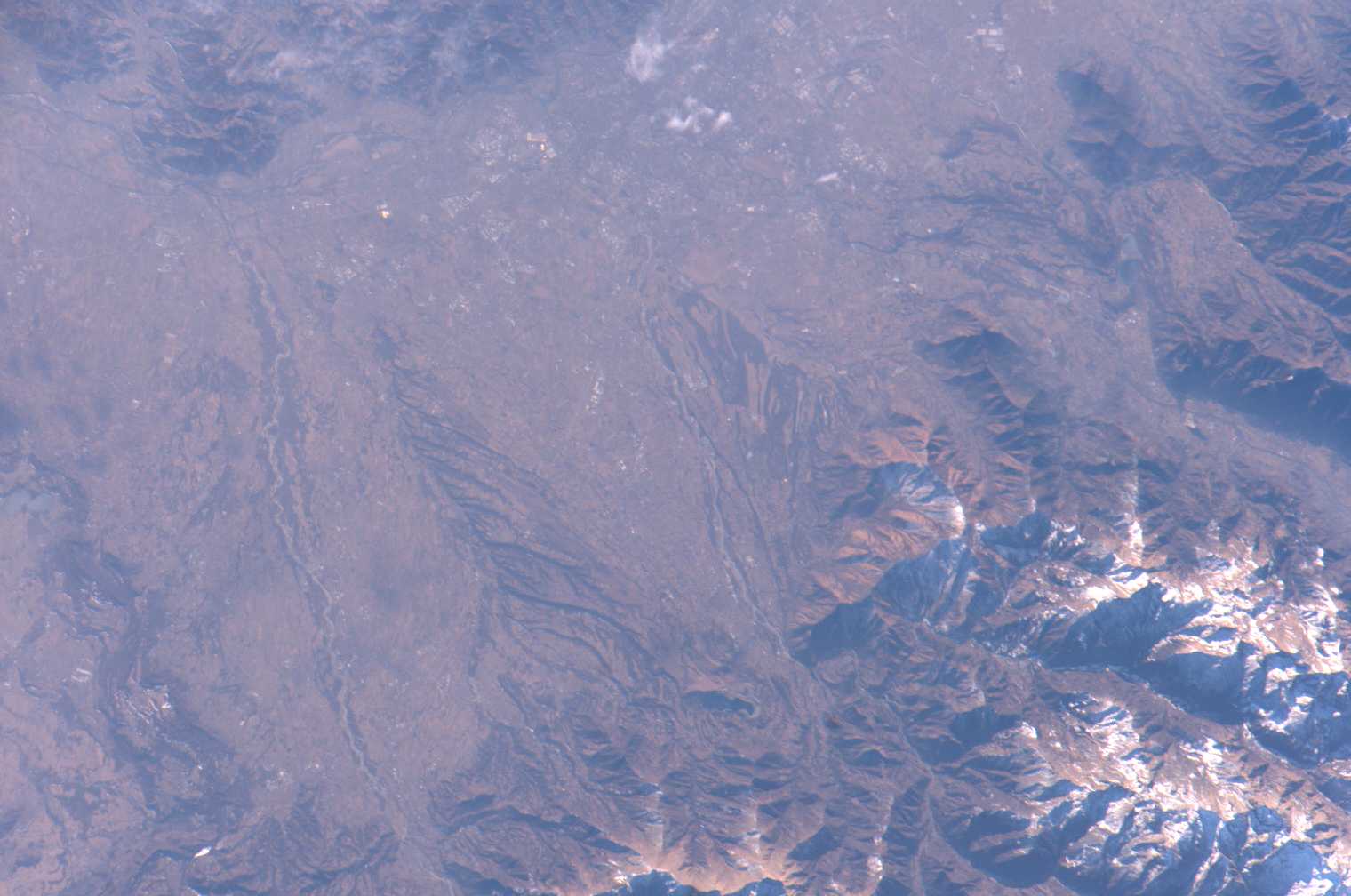 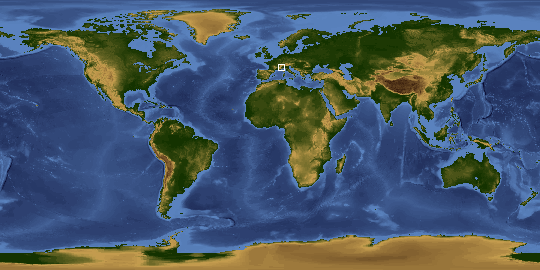 Located in the Piedmont (Piemonte in Italian) region of northwestern Italy, the city of Turin (Torino) is an important industrial and cultural center hosting the Twentieth Olympic Winter Games. The Games will draw 2,600 athletes from 82 nations to compete in such traditional winter sports as skating, skiing, biathlon, bobsleigh, curling, ice hockey, and luge. Venues for the Games include several locations within downtown Turin and the nearby Alps to the west. The first Olympic Winter Games competition was held in Chamonix, France in 1924 with 258 athletes representing 16 nations.

The image illustrates the striking landscape surrounding the city, with the snow-capped Alps visible to the west and north. The city is located on the northern banks of the famous Po River. Two of the Po's major tributaries are visible in this image, Stura di Lanzo and the Malone River. The built area of Turin appears dark grayish brown with large building complexes indicated by white roofs (bottom image center). La Mandria Regional Park, located along the southwest bank of Stura di Lanzo, is a nature and historical preserve approximately 10 km (6 miles) to the northwest of the city center. Decreasing image contrast over Turin is the result of atmospheric pollution commonly observed in the Po River valley.