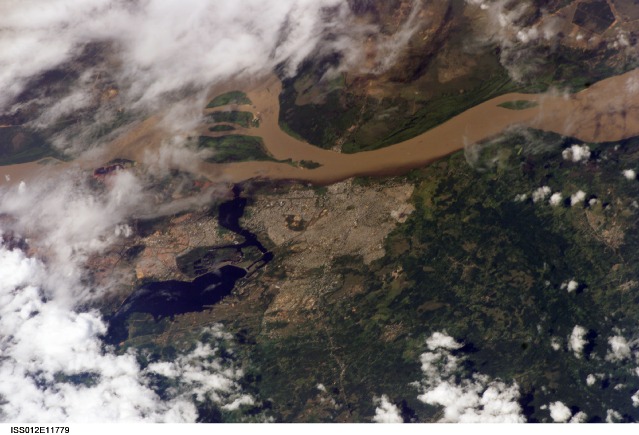 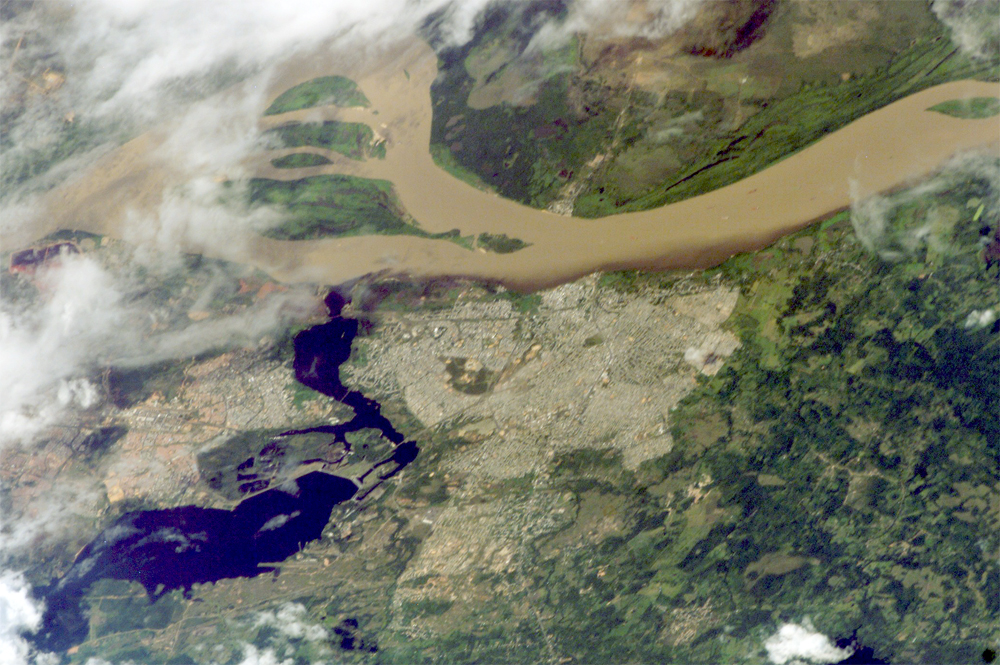 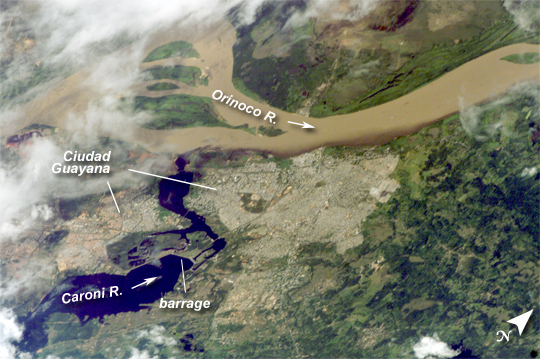 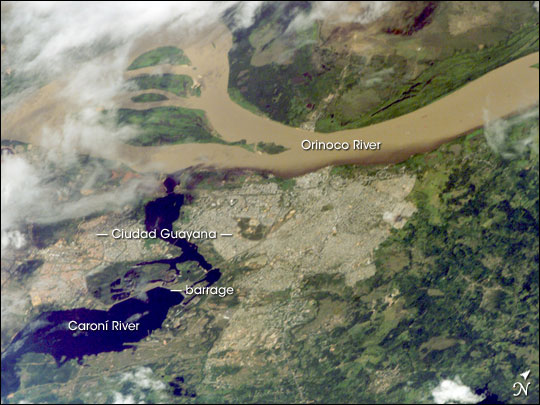 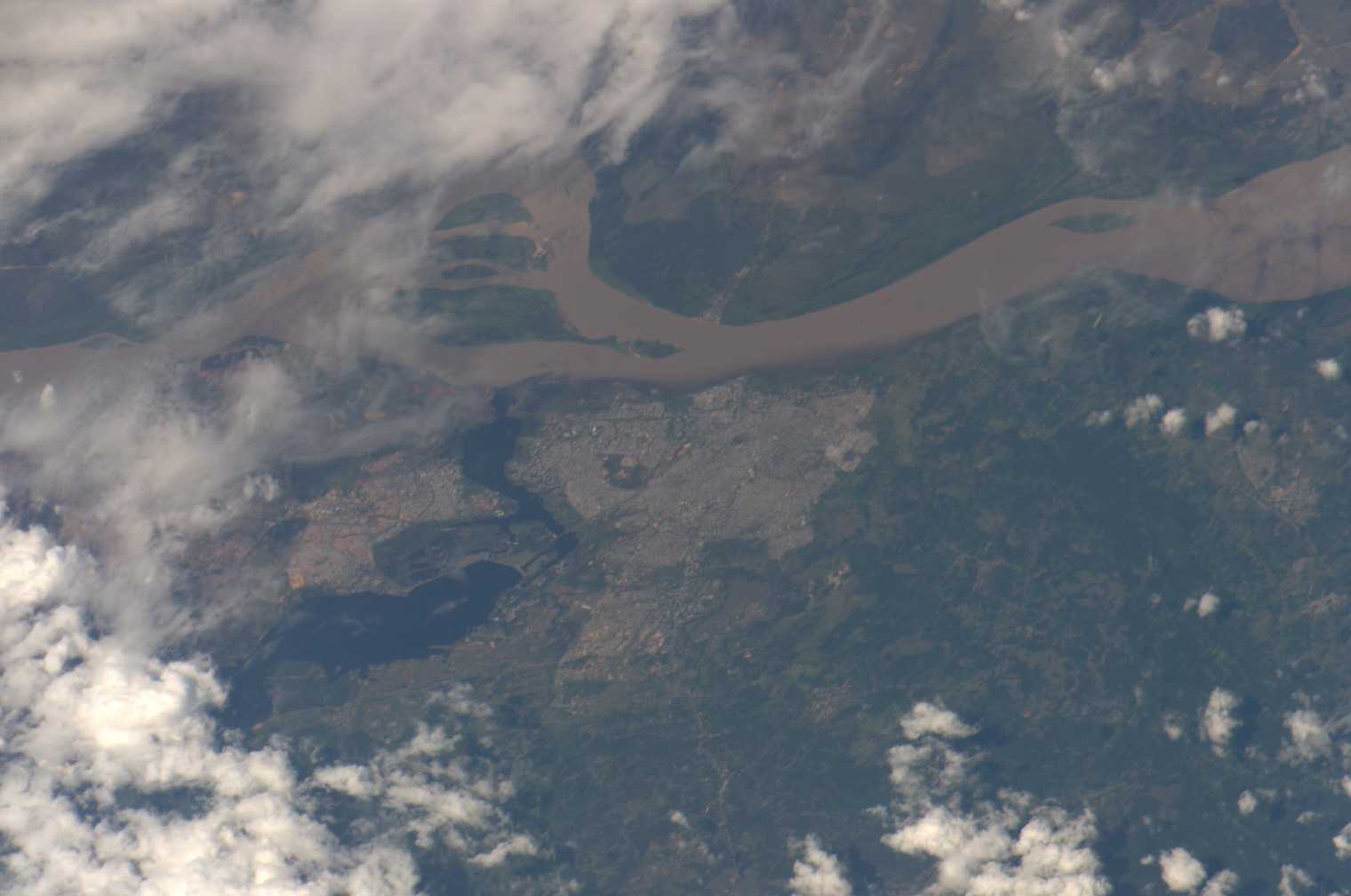 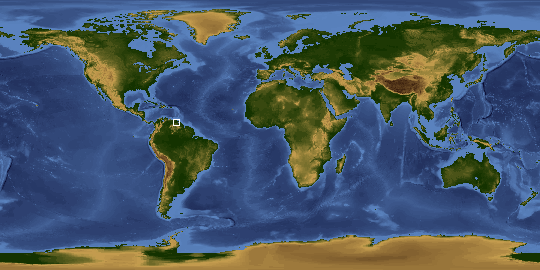 Ciudad Guayana lies on the south bank of the Orinoco River, the second largest in South America, at its confluence with the Caroni River (lower left). Islands have developed in the Orinoco in a wide spot opposite the city (upper left). Guayana is one of the newest cities in Venezuela, constructed in 1961 as a new economic center for the interior of Venezuela, especially for major industries such as iron, steel, and aluminum. The city stretches 40 kilometers along the south bank of the Orinoco. With approximately 800,000 people, it is one of Venezuela's largest urban populations.

A low barrage (lower left) dams the Caroni as a water supply for the city. The Orinoco River is a muddy brown, carrying sediment produced by erosion of the Andes Mountains far to the southwest. By contrast, the Caroni is clear blue, as it drains the ancient landscapes of the Guyana Highlands, where erosion is much slower. As at the famous confluence of the muddy Amazon and clear Negro rivers in Amazonia, a mixing zone can be seen in the middle of this image. The clear Caroni water produces a less muddy zone for tens of kilometers downstream of the confluence (this part of the Orinoco flows almost due east, left to right).