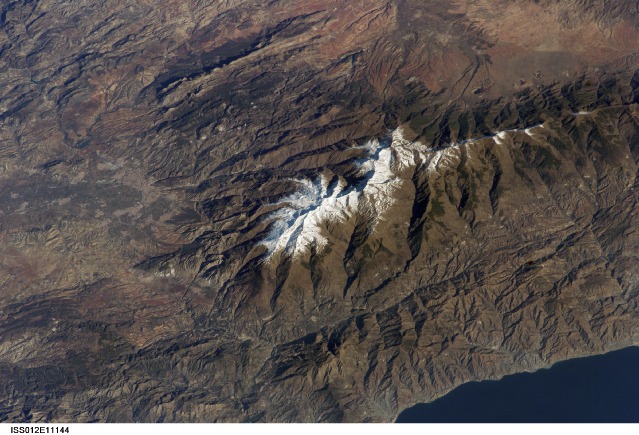 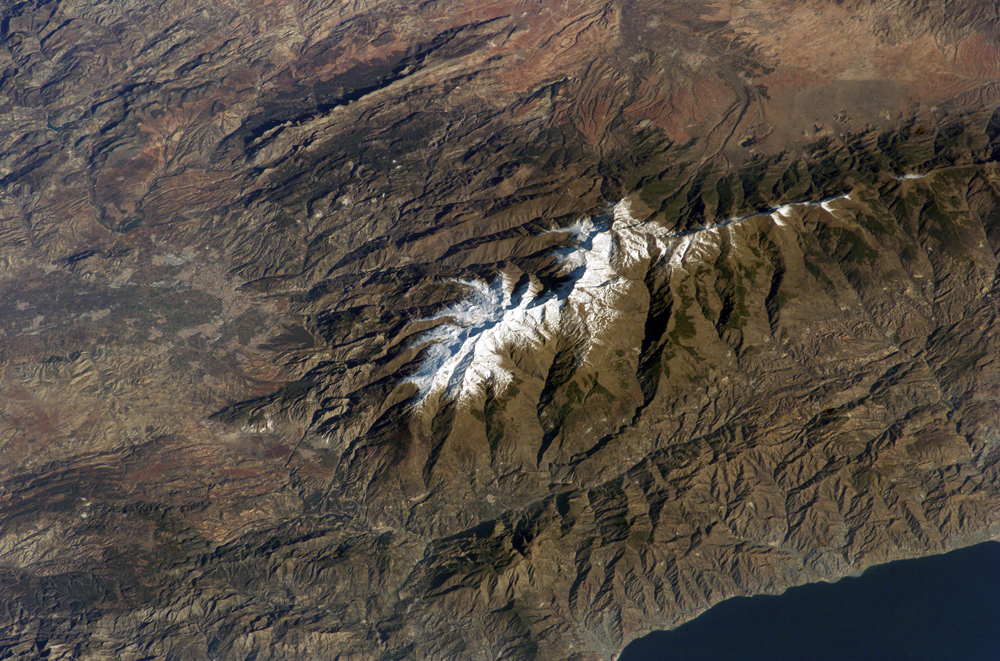 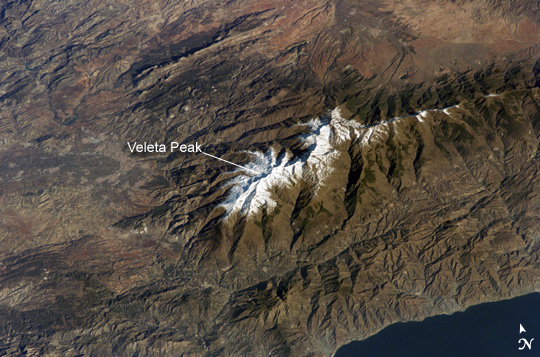 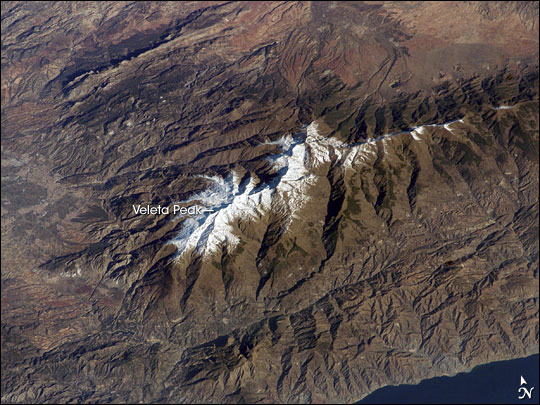 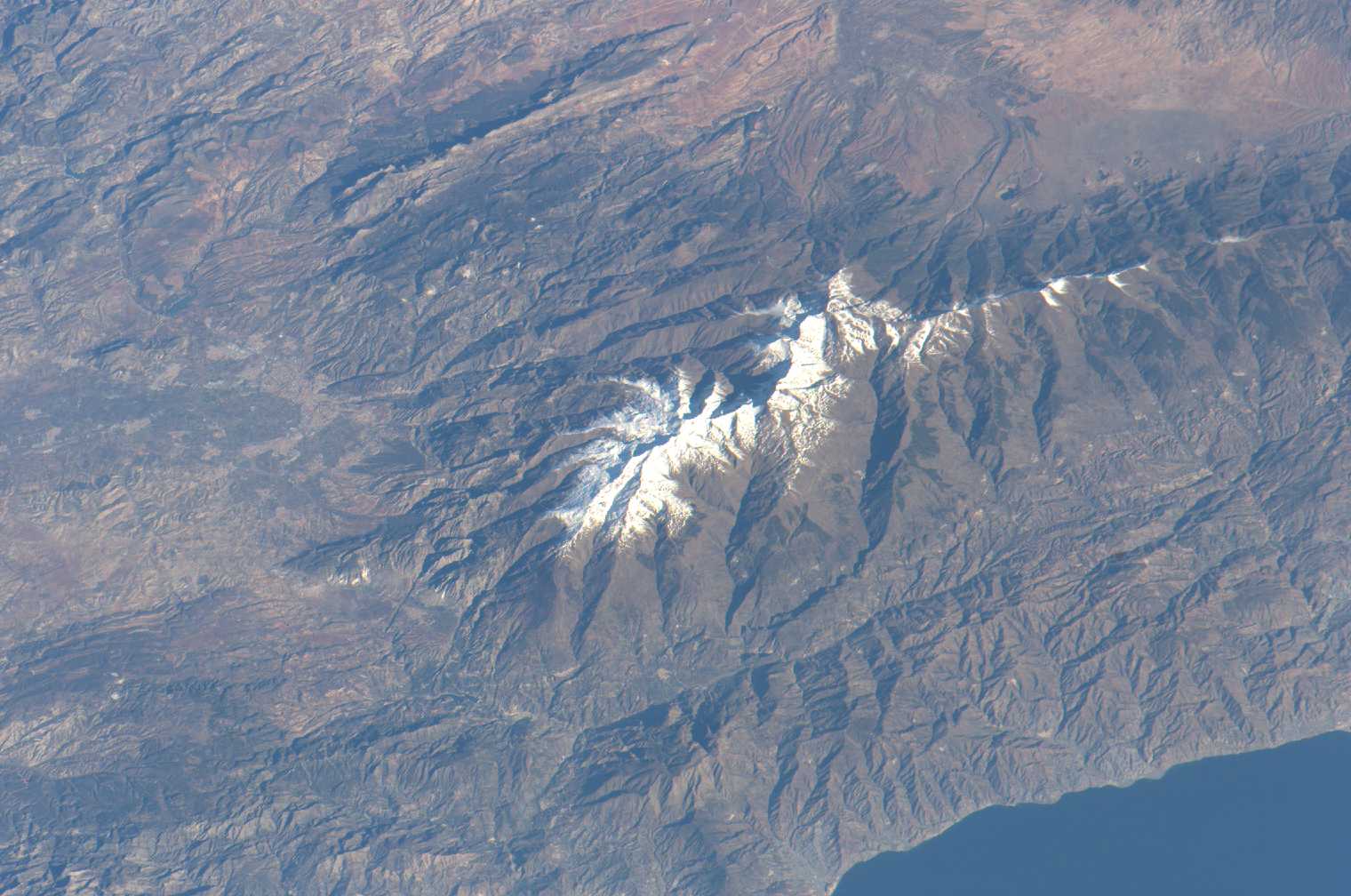 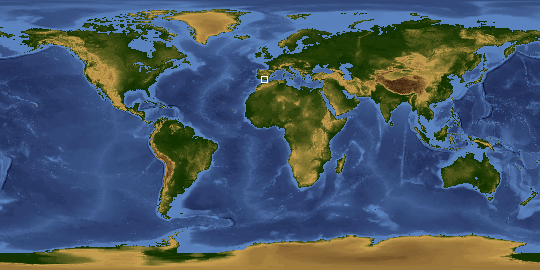 The Sierra Nevada, part of the Betic Cordillera of southern Spain, were formed during the Alpine Orogeny, a mountain-building event that also formed the European Alps to the east and the Atlas Mountains of northern Africa across the Mediterranean Sea to the south. The Sierra as observed today formed during the Tertiary Period (65 to 1.8 million years ago) from the collision of the African and Eurasian continental plates. The former Tethys Sea also closed during this time period; the Mediterranean Sea is the largest surviving remnant basin of the ancient Tethys.

The Sierra Nevada in the Granada province of Spain are perhaps the southernmost skiing location in all of Europe. Veleta Peak, at an elevation of 3,398 meters (11,148 feet) above sea level, is a popular destination for skiers and snowboarders. The rapid transition from lofty ski runs to Mediterranean beaches within a few hours' drive has made the Sierra Nevada region popular for both outdoor and urban tourism. This astronaut photograph depicts the Veleta Peak region of the range and illustrates the sharp contrast between the snow-capped mountains, adjacent dry lowlands to the west and north, and the Mediterranean Sea to the south.