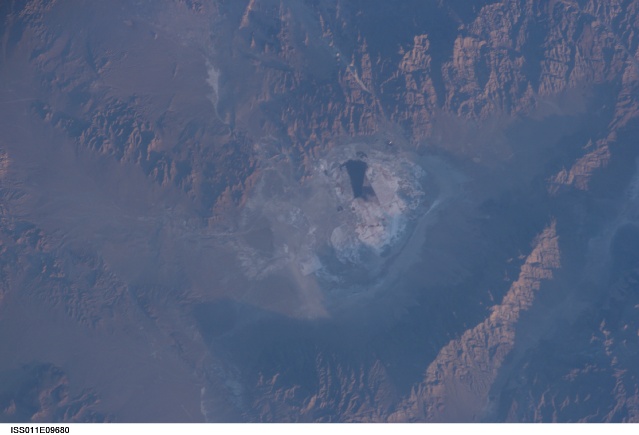 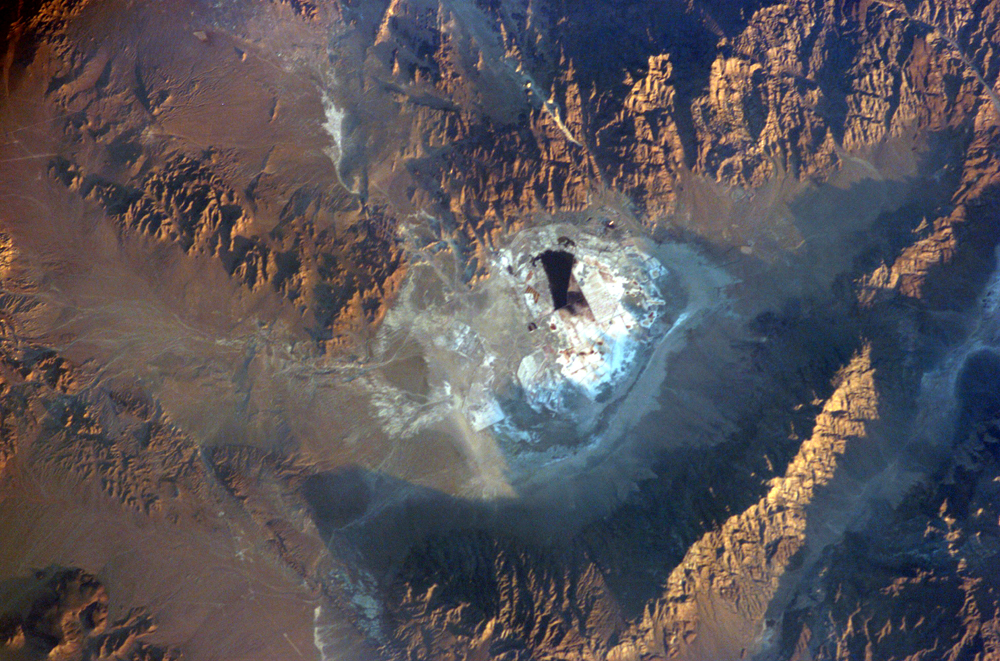 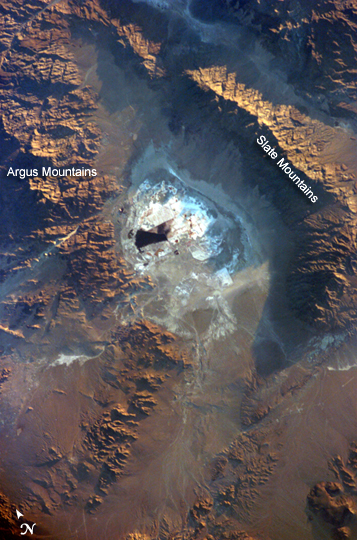 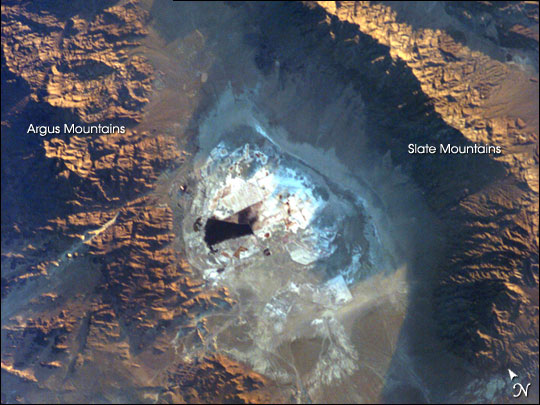 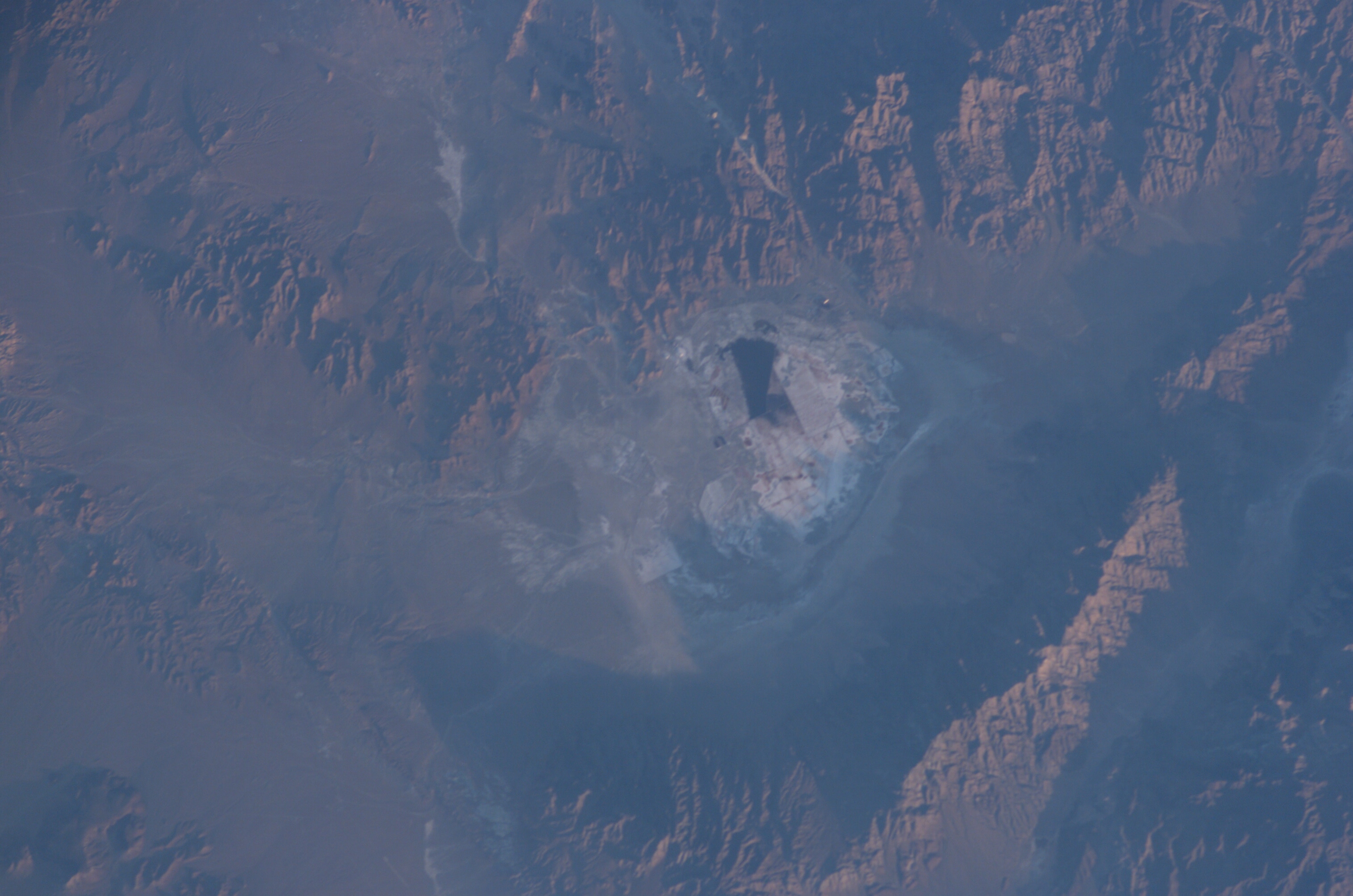 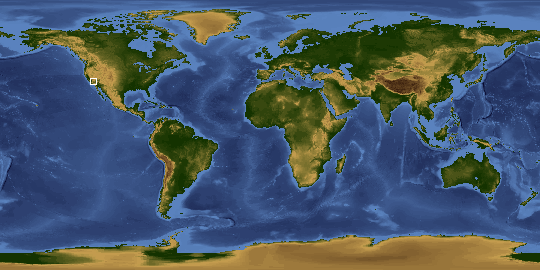 Searles Lake is known for the abundance of rare elements and evaporate minerals, such as trona, hanksite, and halite formed within its sediments. Evaporites are minerals that are left behind when saltwater evaporates. During the Pleistocene Epoch (beginning approximately 2 million years ago), Searles Lake was one of a chain of lakes fed by streamflow from the Sierra Nevada to the west. Lake levels rose and fell dependant on glacial outwash from the Sierra Nevada as climate shifted. Successive layers of sediment were deposited as lake levels fluctuated, preserving an important record of regional climate change. The lakes gradually dried up completely as climatic conditions became hotter and drier (as today), forming a string of playas--enclosed basins with no outlets.

This astronaut photograph depicts the Searles Lake playa (characterized by white surface mineral deposits) bounded by the Argus and Slate Mountains. The width of the playa is approximately 10 kilometers. The center of the image is dominated by mining operations that extract sodium- and potassium-rich minerals (primarily borax and salt) for industrial use. Minerals are primarily found in naturally occurring, subsurface brines, which are pumped to the surface and evaporated to crystallize the minerals. A large evaporation pond (black) is visible in the center of the image. Further processing concentrates the minerals and removes excess water.