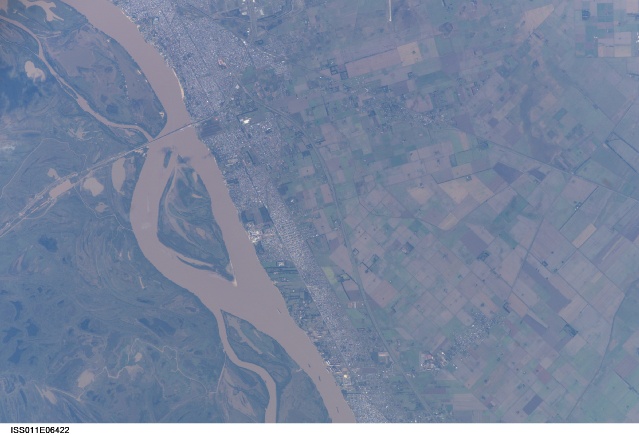 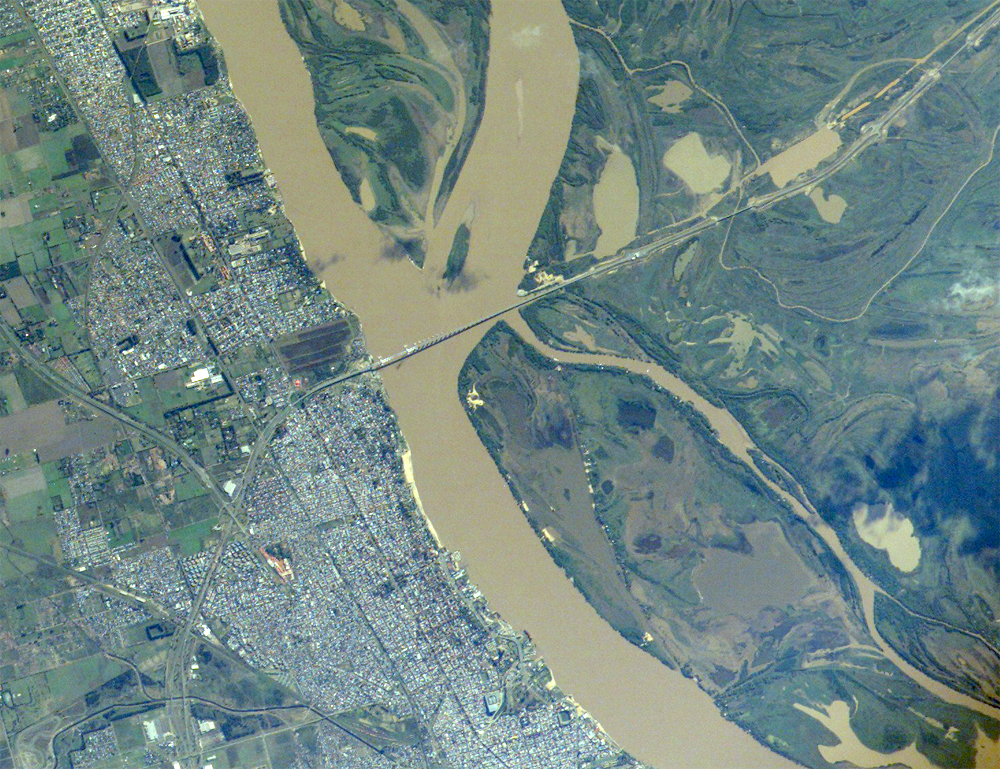 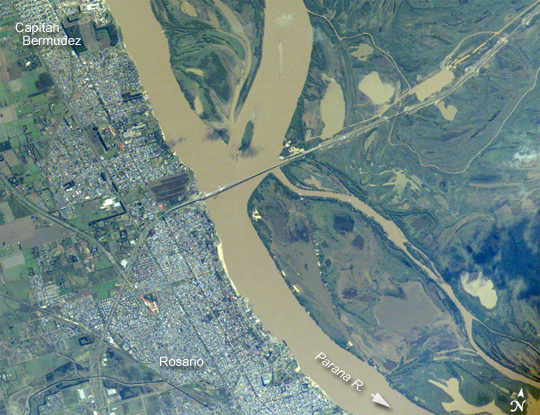 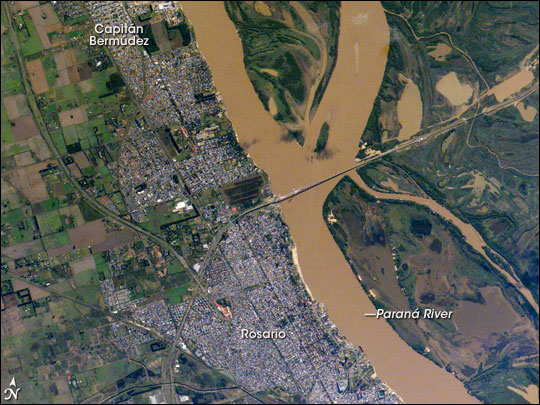 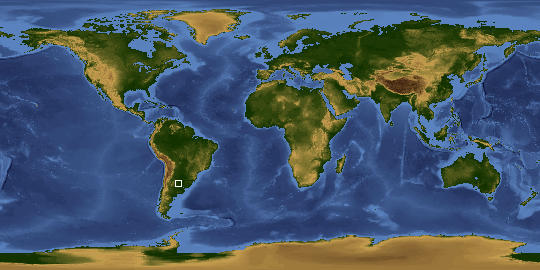 The Parana River, in the center of the view, has been the principal transportation artery of central South America since the times of early colonization. Consequently, the river gave rise to the growth of port cities such as Argentina's second city, Rosario (bottom center), now a major industrial center (pop. > 1.1 million). Rosario is the center of a vibrant local agricultural economy--intensive agriculture is visible on the left margin of the view. As such, Rosario is one of the key cities in South America's MERCOSUR common market (Argentina, Brazil, Paraguay, Uruguay). Other cities have expanded along the river bank, especially northward (for example, Capitan Bermudez, top left).

Not only is the region around Rosario targeted for local economic development, but its role as a transportation hub is expanding. Rosario's port facilities, and facilities along the length of the Parana-Paraguay River systems (the traditional north-south transport route), have been improved to give efficient river barge access to landlocked regions upstream--Paraguay, Bolivia, and southwestern Brazil--connecting them to Buenos Aires, 300 kilometers to the south. East-west transport connections are becoming increasingly important for MERCOSUR trade, with products from Argentina and southern Brazil moving by road and rail via Rosario to Pacific ports in Chile and then even to Asia.

The great Rosario-Victoria bridge (center), completed in 2002, facilitates this east-west movement of goods. The bridge casts a shadow where it crosses almost 2 kilometers of open river. Viaducts and earth-filled sections continue the new highway to the city of Victoria to the east, another 57 kilometers across the great swamplands of the Parana floodplain--part of which is visible in the right half of the view. The bridge is one of very few road or rail connections between the east and west banks of South America's second-largest river. It allows the economic center of Argentina to communicate for the first time directly by road not only with Argentina's remote northeastern provinces, but also with Uruguay and Brazil.