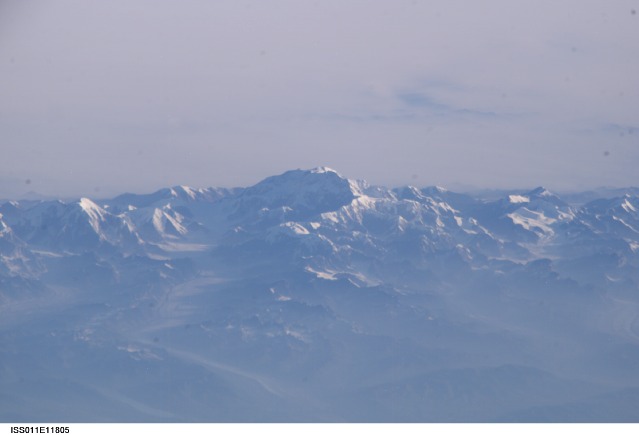 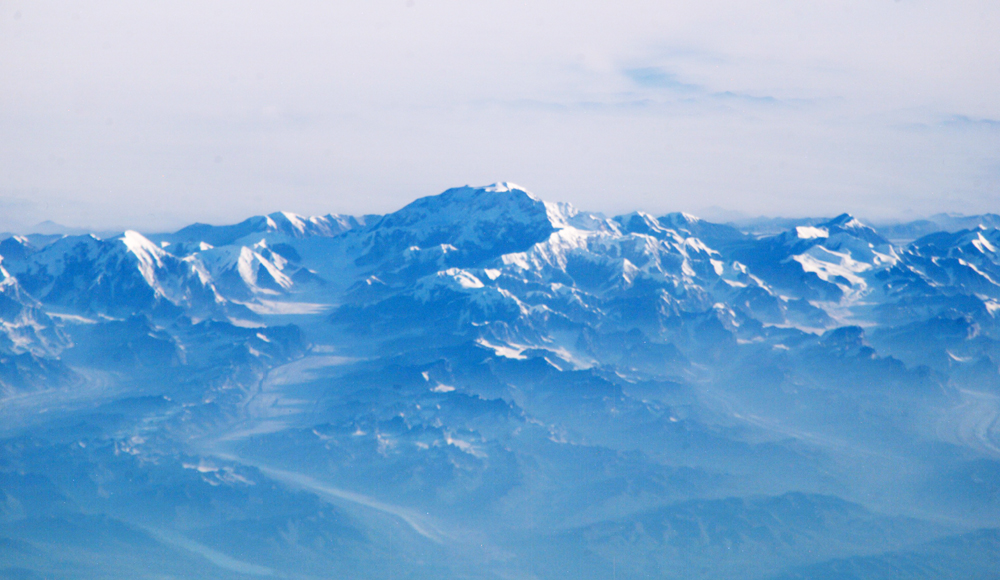 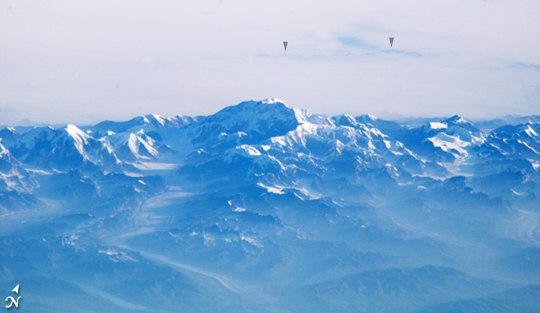 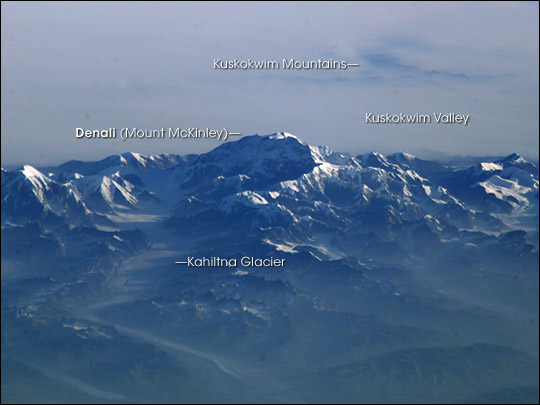 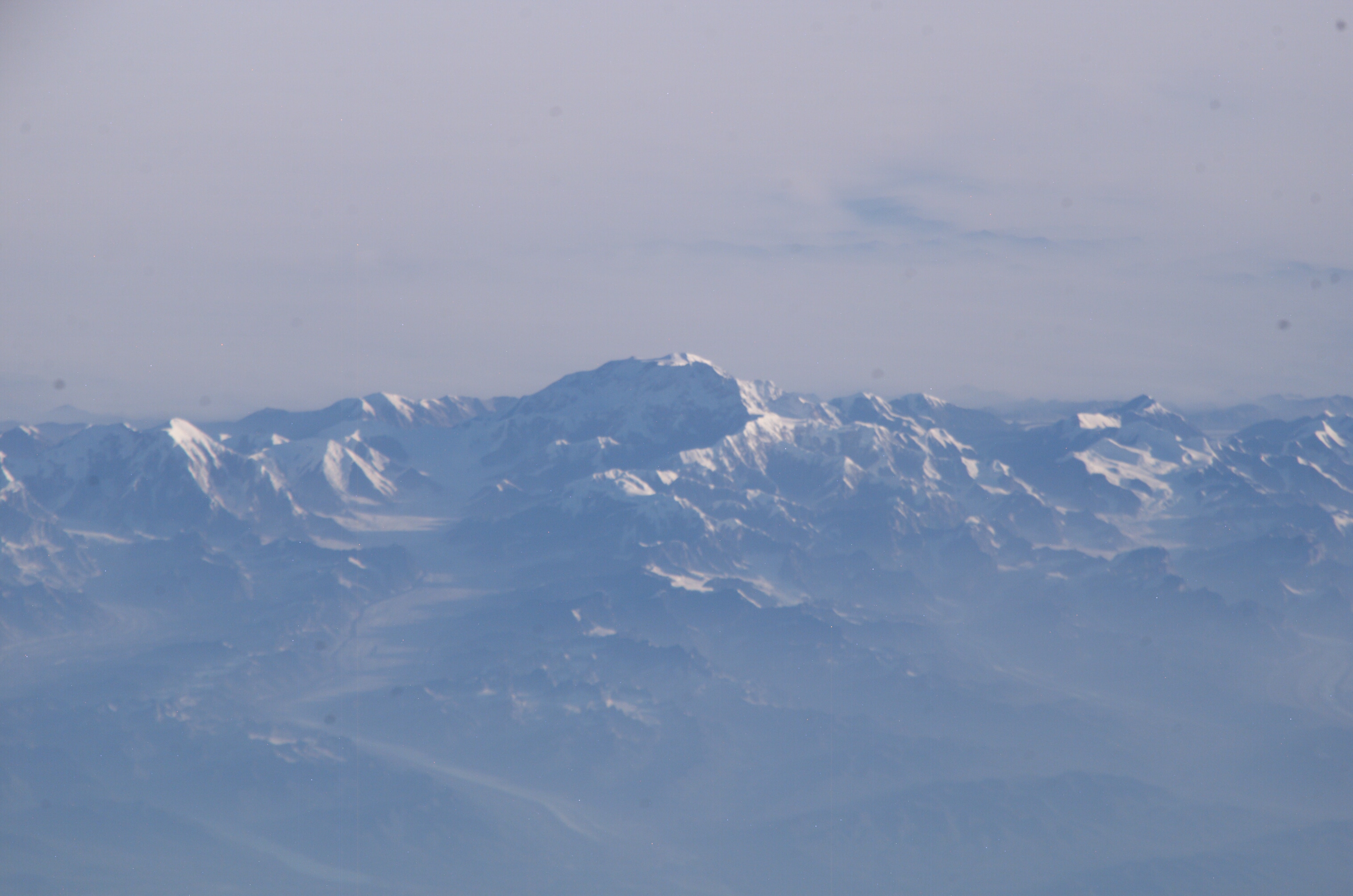 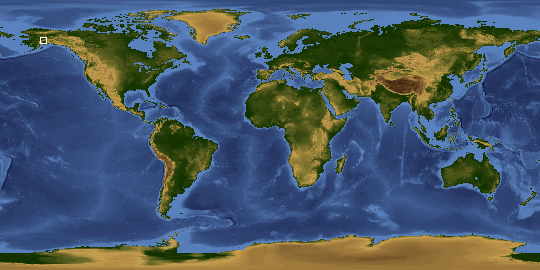 This view of Mt McKinley (Denali)--the highest point in North America (6,194 meters; 20,230 feet)--looks as if it were taken from an aircraft. In fact, an astronaut onboard the International Space Station took advantage of cloud-free skies and a powerful 800-millimeter lens to photograph this peak while the spacecraft was over the Gulf of Alaska, 800 miles to the south of the mountain. The powerful lenses are difficult to use, requiring motion compensation by the astronaut, so these kinds of detailed images of horizon detail are seldom taken. The rising sun casts long shadows across the Kahiltna Glacier that angles down from Denali (left).

In addition to the blueness inherent in all images taken at great distance (the atmosphere scatters blue light more than it does other colors), this image also shows unusually dense atmospheric haze at lower altitudes: all the valleys in the foreground appear murky. The explanation is dramatically portrayed in a Moderate Resolution Imaging Spectroradiometer (MODIS) image taken on the same day, Sunday, August 14, from the Terra satellite. On that day, an enormous smoke pall hung over central Alaska; all the major mountain ranges protruded above the smoke layer, which was held close to the surface by high atmospheric pressure.