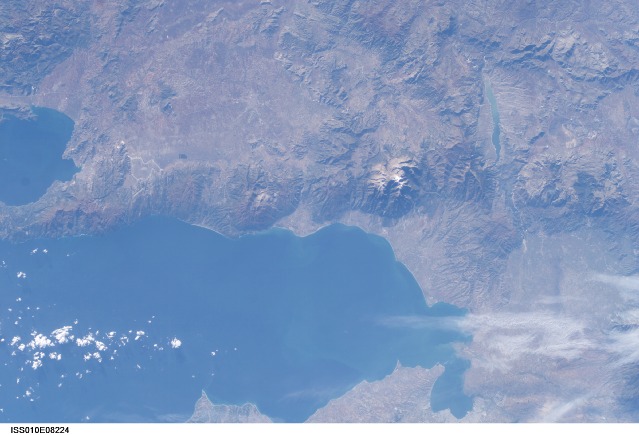 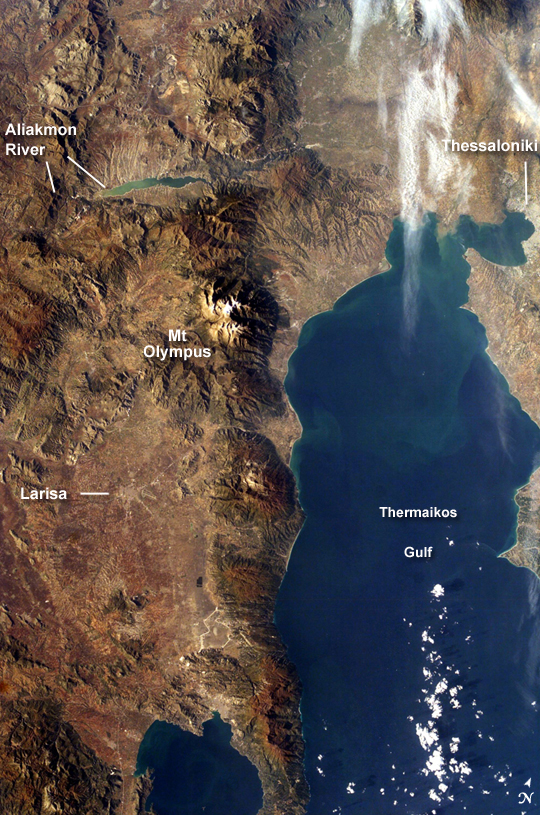 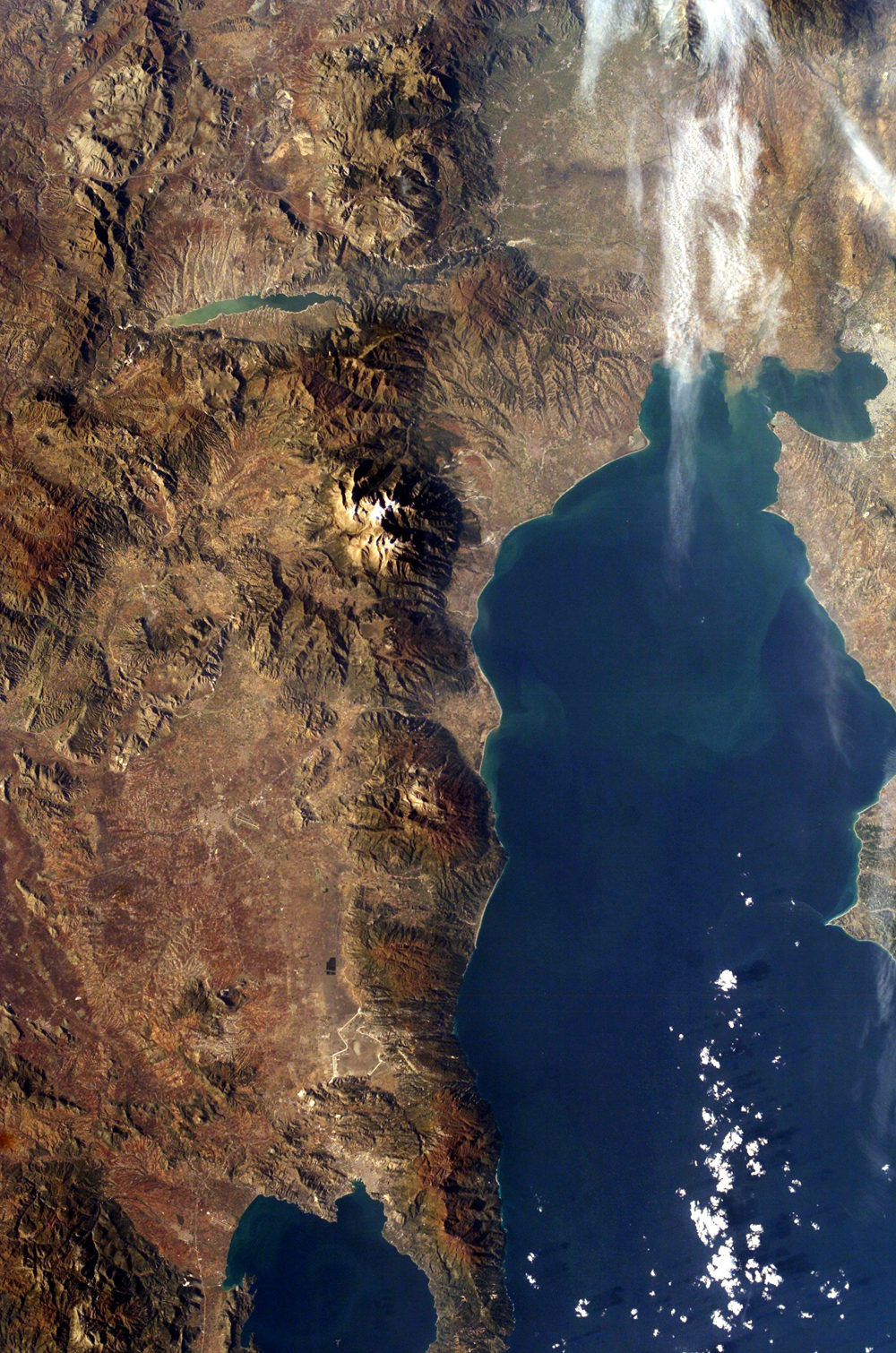 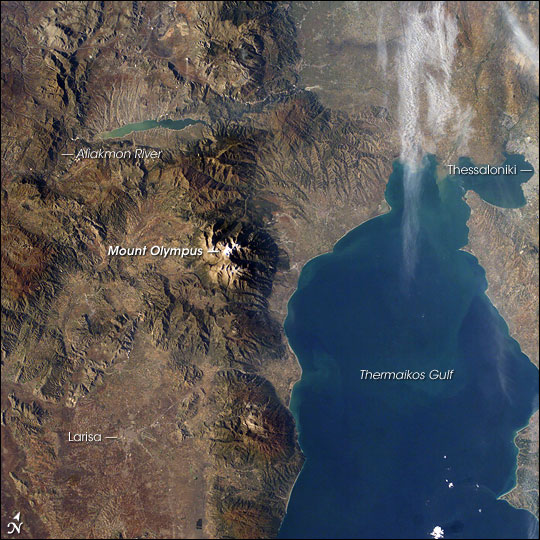 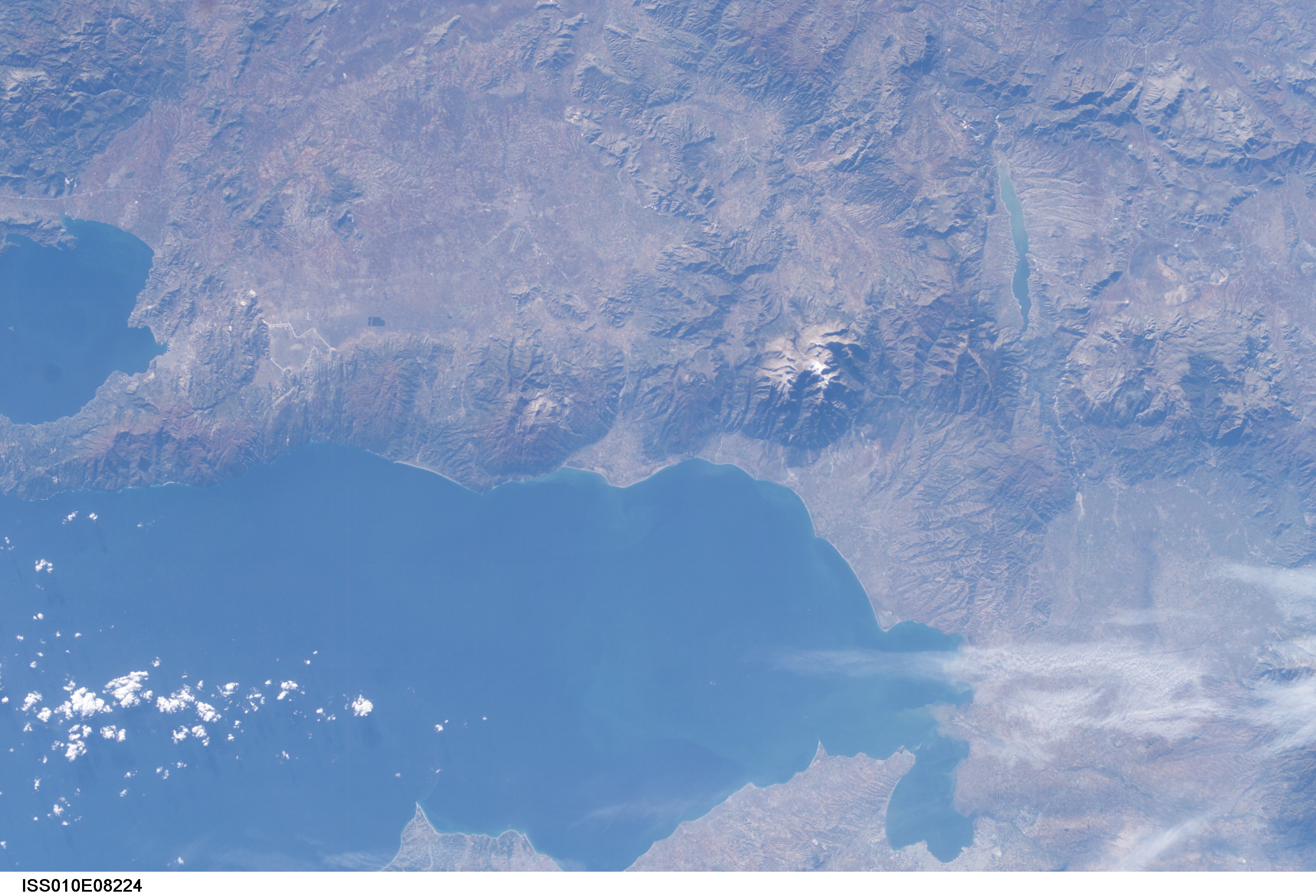 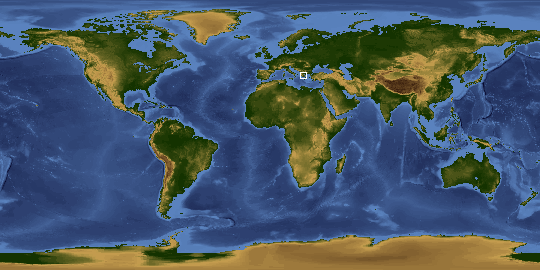 Mount Olympus is the highest peak in Greece. The 2,917-meter (9,570-foot) summit is the tallest in a mountain chain that runs north into Bulgaria and south into Turkey, via the Cyclades Islands. In this winter view, Olympus is the only peak with a dusting of snow--perhaps the reason its name in classical Greek means "the luminous one." In Greek mythology, the peak was inhabited by the Twelve Olympians, the most famous gods of the ancient Greeks. North of Mount Olympus lies Macedonia, the homeland of Alexander the Great. Climbing the famous mountain is a favorite tourist activity today.

The eastern slopes of Olympus and its neighboring peaks drop sheerly into the Thermaikos Gulf, a northern arm of the Aegean Sea. White cirrus clouds partially obscure the shoreline near the city of Thessaloniki at upper right. This major port is spread along the shores of a small and well protected bay. West (left) of the Olympus chain of mountains lies a large plain broken by several west-to-east-trending ridges. In the northern part, a tuquoise-colored lake sits along the Aliakmon River. To the south is the town of Larisa, at the focus point of a series of transport routes.