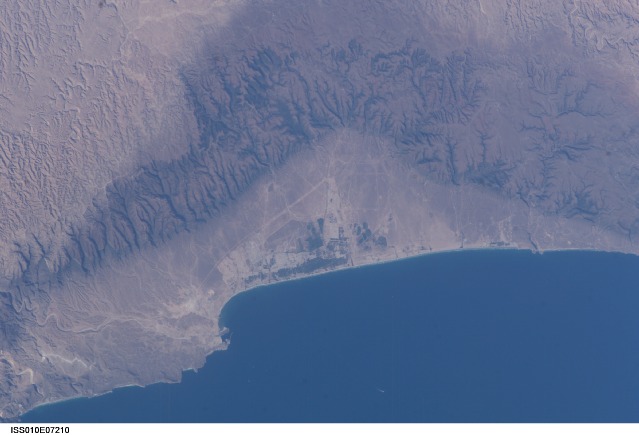 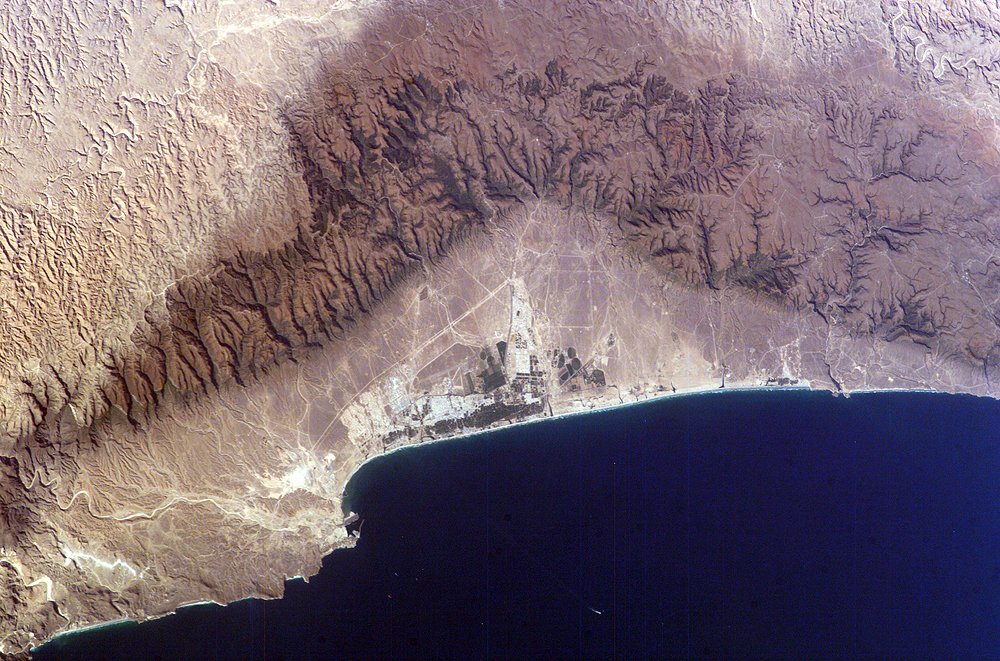 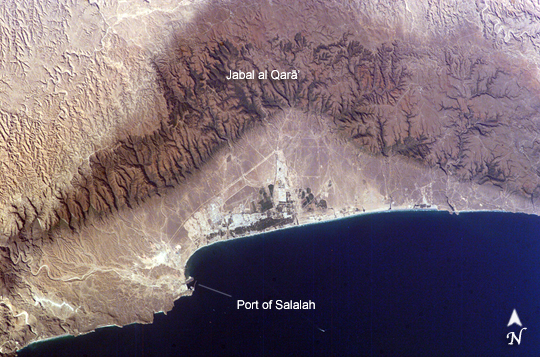 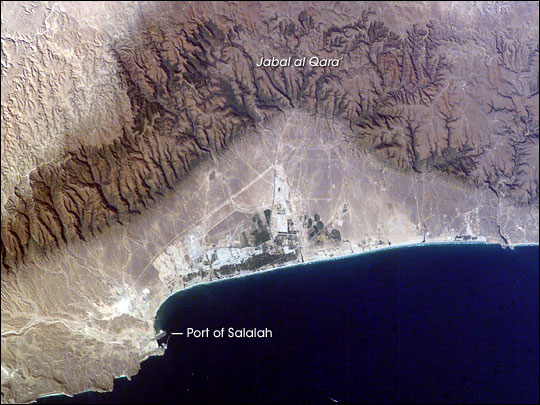 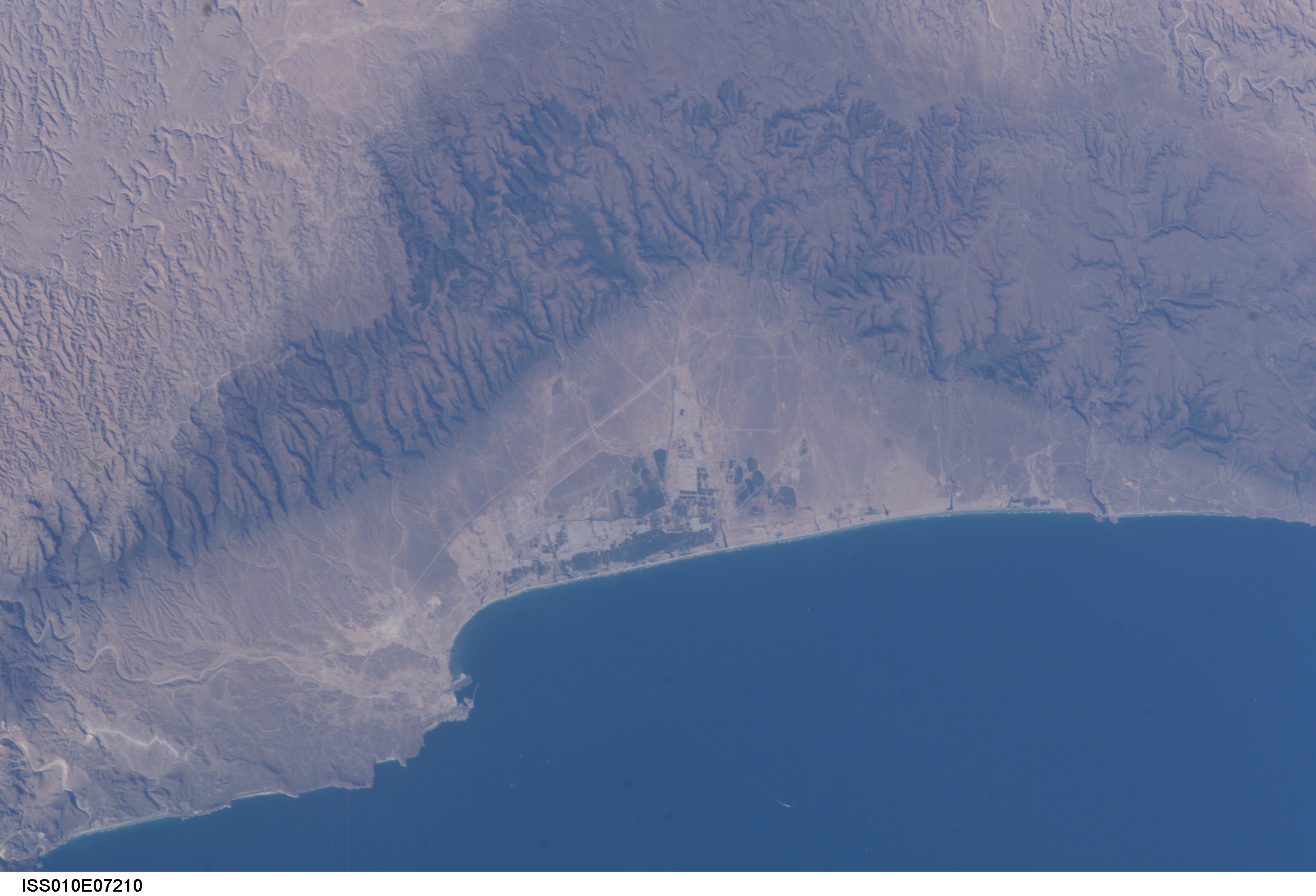 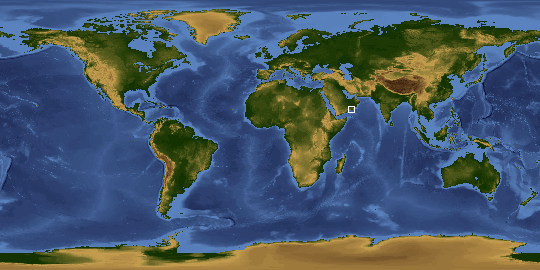 The city of Salalah is the capitol of the Dhofar region of Oman and is known as the "perfume capitol of Arabia." The city is a popular destination for tourism due to the natural attractions of the al Qar mountains (Jabal al Qar, in Arabic) and abundant stands of frankincense trees lining mountain stream courses. These can be seen in the astronaut photograph as green regions in the Jabal al Qar north of the city (located in the center of the image). The beaches and coastline are also major attractions for scuba diving and bird watching.

Salalah is a city of antiquity, boasting both the ruins of a palace reputed to have belonged to the Queen of Sheba and the resting place of the biblical prophet Job in the nearby Jabal al Qar. Modern Oman is also represented by the Port of Salalah, located approximately 15 km to the southwest of the city. The strategic location of this port has made it one of the major entry points to India, the Middle East, and Africa. The rectangular projection into the Arabian Sea visible in the astronaut photograph is a large shipping container loading/unloading platform.