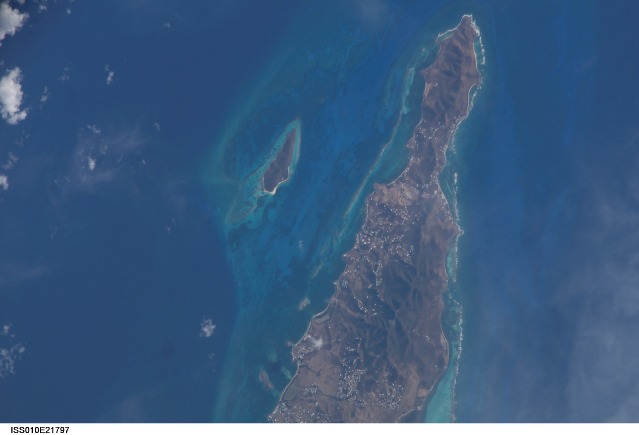 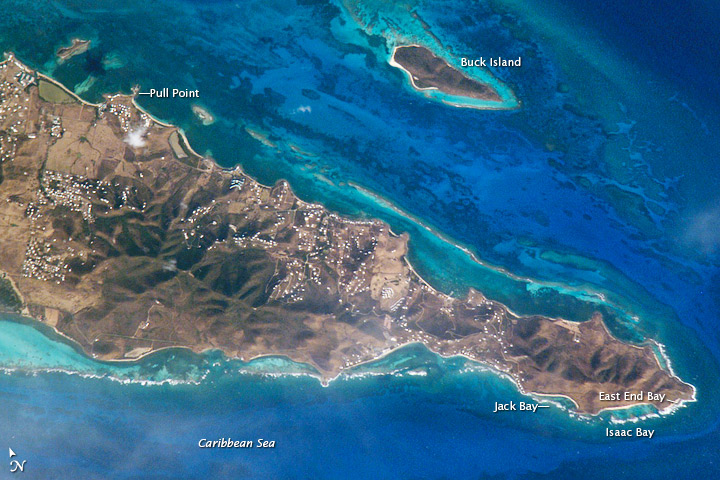 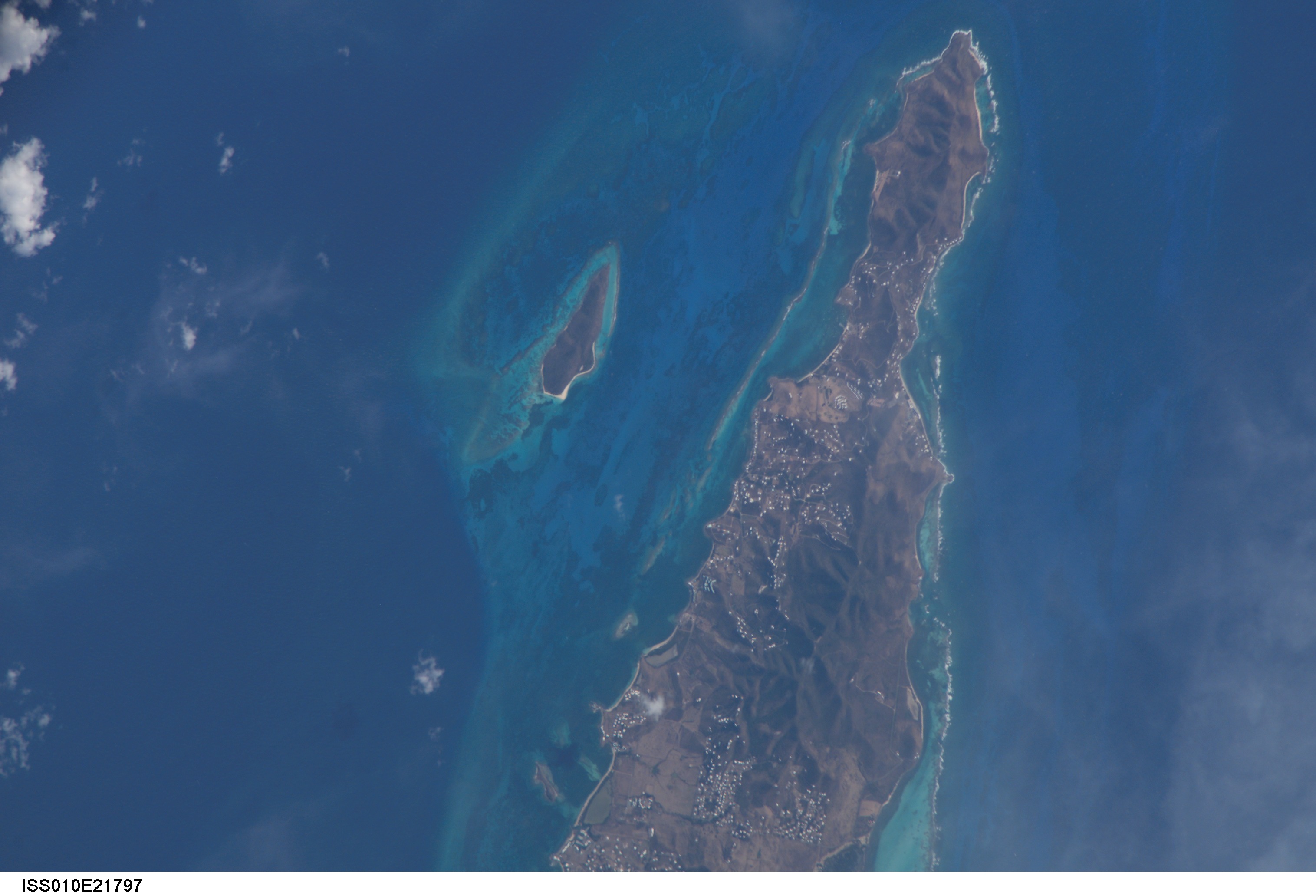 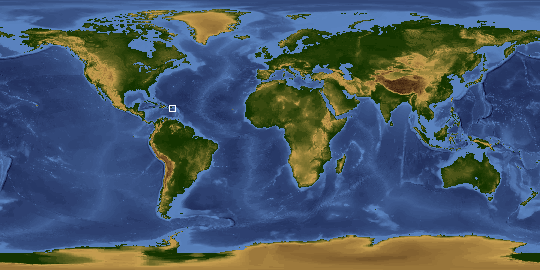 The oceans harbor seven species of sea turtles, and all of them are listed under the Endangered Species Act. The Virgin Islands, including St. Croix, provide critical habitat for several of these endangered and threatened species. While the central part of St. Croix has significant beachfront and residential development, important nesting grounds for leatherbacks, hawksbills, and green sea turtles are still found on beaches in Jack, Isaac, and East End Bays, pictured in this astronaut photograph from March 29, 2005. Additional nesting grounds are found on Buck Island. The reefs surrounding the islands also provide a sheltered foraging ground for juvenile turtles.

Female sea turtles return to the same beaches where they were hatched to lay their eggs. They prefer sandy beaches with easy access to deep water. This photo shows why the turtles would choose the southeastern beaches: the barrier reef is diminished in the area compared to the north side of the island, and the water is deeper (darker blue). The females scoop a nest out of the sand, lay their eggs, and cover them. When the hatchlings emerge from their eggs, moonlight glinting off the sea guides them to the water.

White dots scattered across most of the island reveal the extent of development. Residential and tourist development consumes turtle nesting beaches. The presence of people, especially at night, can cause females to abort nesting attempts or to abandon eggs. Artificial lights can disorient the hatchlings as they emerge form their nests. Prior to a nighttime beach patrol and monitoring program operated by the Nature Conservancy, poaching of turtle eggs was also a problem on East End beaches.