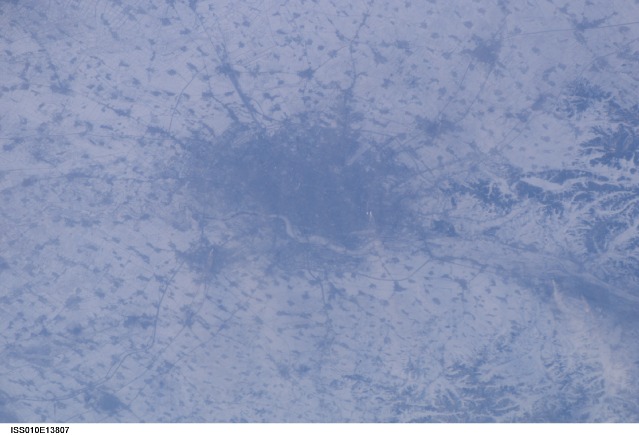 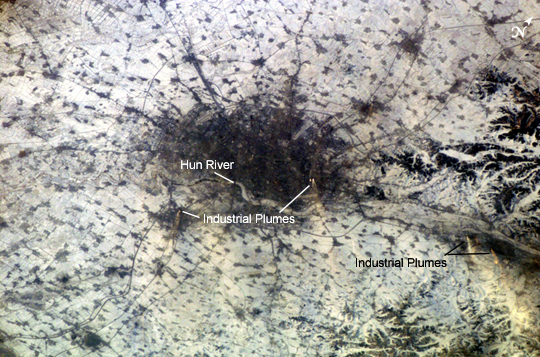 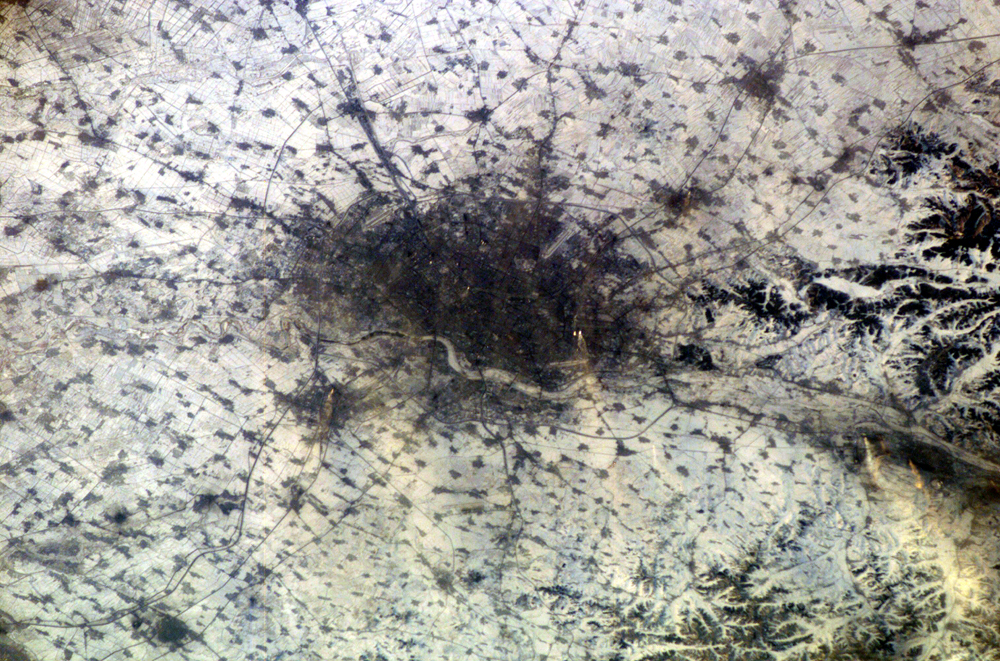 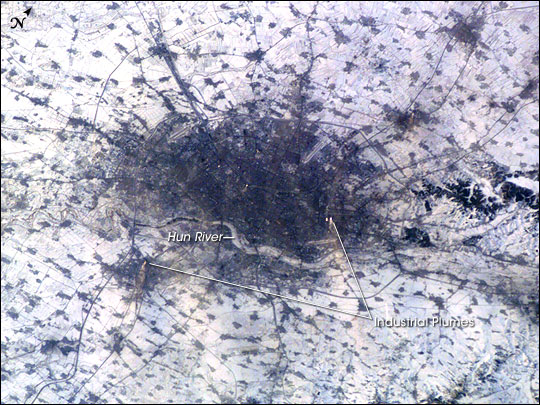 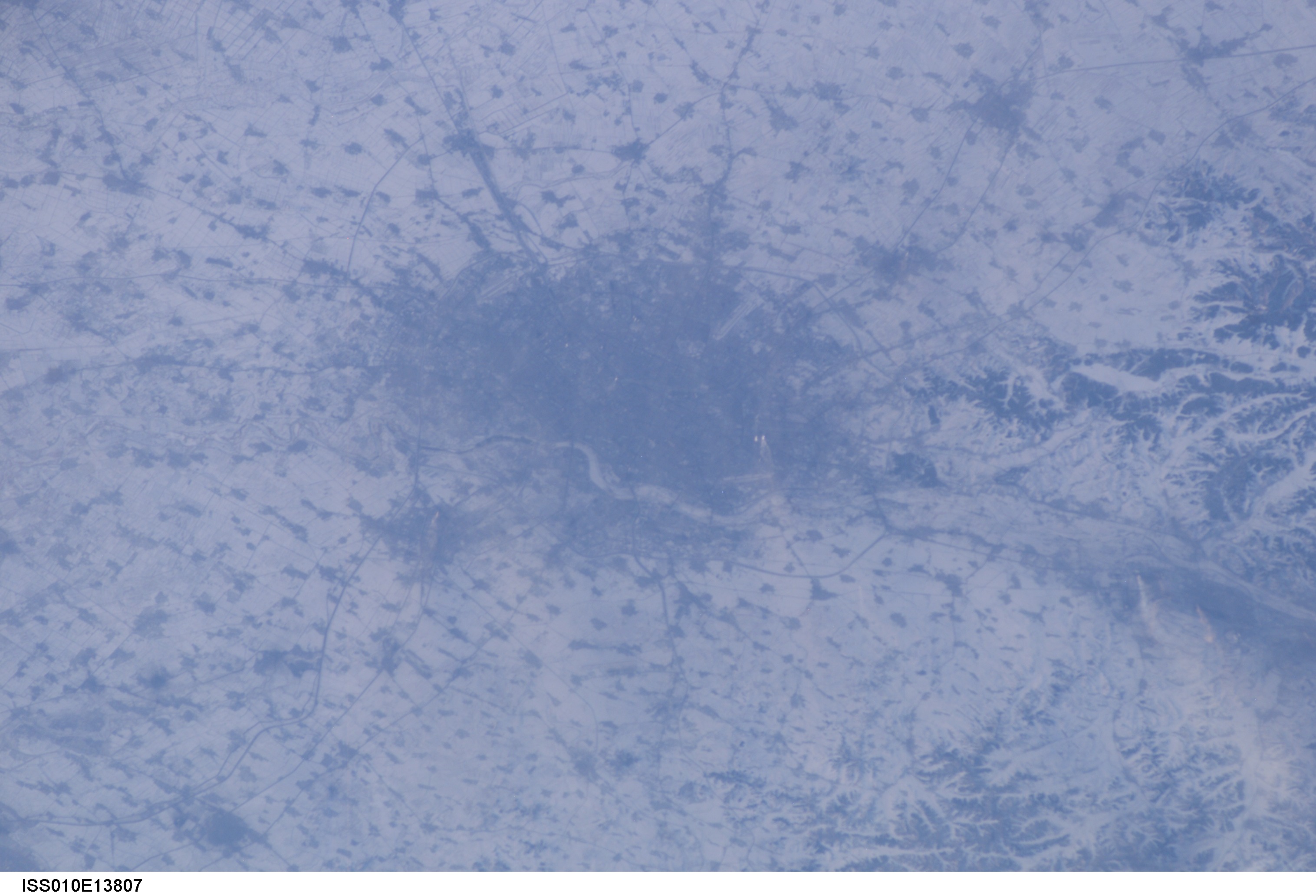 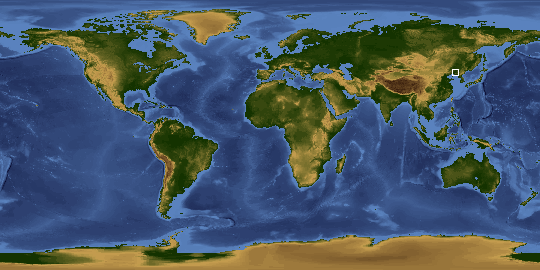 The city of Shenyang is China's sixth largest city with a population of over 4 million residents in the urban core. The city is the major industrial, commercial, and cultural center of northeastern China (the region historically known as Manchuria). Its geographic location on the floodplains of the Hun and Liao Rivers ensured an early agrarian economy that was later replaced by industrialization and natural resource extraction. Shenyang was first settled as a Mongol trading center in the 10th century, and served as the capitol of the Manchu government from the 17th through 20th centuries. Currently the city serves as the capitol of Liaoning Province.

Shenyang's role as a major industrial center is illustrated by this astronaut photograph. Snow cover provides a clear contrast between urbanized (dark grey, center of image) and rural regions (white to light grey). The major portion of the local economy is devoted to industries such as metal smelting, coal mining, and petrochemical processing. Several southeast-trending plumes from industrial facilities are visible in the image. The high density of industrial land use in the Shenyang metropolitan area has lead to significant air, water, and soil pollution in the region. Recently, several initiatives to reduce pollution levels and establish environmentally sound development guidelines have begun with support from local government and the United Nations.